We have all watched Hollywood flicks time and again. It remains to date one of the biggest movie industries and churns out many blockbusters every year.
If you are a movie buff, you might also want to know more about the history of filmmaking. Where it all started and how it underwent rigorous evolution from the silent films era to become what it is today. So, if you are one of those, then Fremont in California is the place to visit. Fremont is considered to be the first community of Cali which started to shoot and produce movies.

Located in the scenic Alameda County, this city is also very near to the beautiful San Francisco Bay area. It was established in the 1840s by settlers, and today Fremont is known for the Bay Area Rapid Transport System. This helps ferry people from all over the region and also to San Francisco. Fremont also is known for a rich culture and history. It has some very scenic spots and gardens to explore as well.

Visit this wonderful and spacious public park featuring on the city seal for a great outdoor trip. It is spread over an area of 3000 acres and is located over a mountain ridge. This also includes the Monument Peak and Mount Allison. Hike on the trailheads starting from Ohlone College or the parking area on Stanford Avenue. The trail is a difficult one and includes continuous hiking for at least three or four miles. But the view from atop the Mission Peak is stupendous and totally worth it.
The Hidden valley trail is also very popular. All the residents of the Silicon Valley love coming to this Bay Area for various other sports too like biking and mountain climbing. Make sure you enjoy these delights too.

Now coming to all you movie buffs eagerly scrolling through. Fremont is considered one of the pioneers of the silent films era and this theatre stands as a proud testimony to it. The museum is present inside the famous Edison theatre which was established way back in 1913. It has many historically important film memorabilia along with beautiful antiques like cameras and movie posters.
Charlie Chaplin, the great comedian used to make movies here along with other famous stars like Bronco Billy, Buster Keaton, Laurel and Hardie, and Lilian Gish.
Thus the Niles Essanay Silent Film Museum boasts of housing a rich history along with also acting as a host for filming various famous movies and movie stars.

The park is set in low lying hills providing some great views of many mountains like the Cruz Mountains and Mount Tamalpais. It also has a fabulous view of the ocean alongside the cities of Oakland and San Francisco. The best part about these hills are the intersecting wetland patches making for a great adventurous experience. Hiking and biking on these trails is a lot of fun. You can also gallop through these marshes on horses. Owing to this unique ecosystem, various birds also love visiting this park. Enjoy some bird watching and spotting some rare bird species.

The Coyote Hills are also located close to the Don Edwards National Wildlife Refuge which houses many animal species as well. The spot is also important for American History. Archaeological findings have been found tracing this area as belonging to the Ohlone group of Native Americans. There is also a special guided tour you can opt for of the recreated Tuibun Ohlone Village Site.

This hugely popular city park is located around the wide and large 80 acre Lake Elizabeth. This makes it very popular among people for some boating activity. Boat rentals are available along with fishing gear. So go on choose your pick.
The park has a fun vibe to it and most locals love organizing family picnics and gatherings in its premises. Interact with a few locals for some heartwarming anecdotes to think about. There are various types of play areas for kids like basketball courts, tennis courts, and skateboarding parks. For adults, a golf rink and golf course is also there. In summers, the Aqua Adventure Water Park opens to the public showcasing some very fun and enjoyable water slides. There is also the Dog Park where many types of Dogs and their owners come for a refreshing walk. Visit it if you love those poodles and petting them.

This Spanish Mission dates back its origin to 1797 and is said to have been constructed on the site of an indigenous Ohlone Village. This then ran into ruins during 1800s due to various secularization changes and even suffered from an earthquake. The beautiful church was then restored to its former glory in the 1980s by community workers and today. The chapel is very rustic and has beautiful antique feels. A special Spanish Organ is used till date during concerts. There is also a cemetery situated on the North where many mission pioneers rest in peace.

The visitors’ center in the museum showcases various historical artifacts and exhibits. You can also look at a slideshow about the museum’s history. At a nominal fee, opt for a self-guided tour around the mission and reconnect to history.

Experience a ranch of the 1800s at Ardenwood Historic Farm

Experience a proper introduction to the workings of a farm and ranch during the 1800s at this beautiful farm. The staff is dressed up in outfits from the classical times and gives you a very informative tour through the vast country estate.
The central Victorian mansion was built by the great George Washington Patterson in 1857. His son then refurbished a part of the house in 1915 to give it all the modern facilities and features. This huge estate was then opened to the public in 1985 for people to experience how a farm works along with the daily life of people from those times. The farmyard even houses animals alongside the appealingly beautiful Victorian themed garden.

There’s also the in-house Farmyard café that serves delicious traditional delicacies from the fresh organic farm produce. Alongside all these things, another attraction recently added is the Tailroad museum. It houses various 19th century models of railroad cars and exhibits. A special attraction is the narrow gauge horse-drawn railway which is quirky to even look at.

A public excursion on a historical and antique railway carriage along the Niles Canyon Transcontinental Railroad Historic District might not exactly be fun but it sure is a quirk you would want to experience. Garbed in cute costumes, the guides offer a great tour through the Niles Canyon, Fremont district and San Francisco Bay area. The guides can be on petrol or diesel variant of the carriage. Some interesting specialty ride on offer are the “Romance on the Rails" and "Moonlight Train Rides”.

The special Train of Lights during the Christmas month has some very awesome festive vibes and leaves you filled with cheer and happiness. Thus this living and breathing history museum is very important and showcases the history of railroads and its importance in the evolution of California.

As the name suggests, this 30,000 acres refuge was constructed for preserving the endemic and rare species of this large area. It has many intricate ecosystems thriving inside owing to the various geographical features like marshes, salt ponds, open bays, mudflats and upland pool habitats. Thus, it has hence become a hotspot for various animals and their safe space.

It is near to the Coyote Hills Regional Park and stretches through the verdant marsh shore on the North and on the south of the Dumbarton Bridge. Bair Island, another hotspot is also included under this secure land. Fishing, bird watching and photography can be enjoyed in these scenic surroundings. You are sure to get that perfect picture to post here for the nature lovers club.

The Family Park established in 1976 is a great spot for a nice quiet family picnic. The recreational area was built in a former gravel quarry and hence the name. It is located between the Niles and Centerville area and between the BART train tracks and Alameda creek. The shallow restricted area set aside for swimming is great for all age groups. So have some fun splashing in the water with your kids. It is sandy and gravel with low depth. There are also two giant lakes in the premises, namely the horseshoe and rainbow lakes.

These make for great boating and fishing spots. As a token to the beauty of the environment and to the life in the ponds only non-gasoline powered boats are allowed. The large lawns and grasses around the lakes can be used for setting up your feast after a refreshing swim.

Another recreational spot located near to the Don Edwards National Wildlife Refuge mentioned above is this pedestrian trail. It is a regular spot for fitness enthusiasts. But other than walking and running, it is also a great tourist spot owing to its sheer opulence and natural beauty. It is the connecting link for the Quarry Lakes Regional Recreation Area and Coyote Hills Regional Park. So, make sure you cover all these spots on the same day if possible to save time and energy.
All these areas are very important in the nature point of view and so on this trail too day-use-only motor vehicles are not allowed.

Visit the botanical garden at Shinn Historical Park and Arboretum

If you love environment ad nature then this beautiful park is the gem you need to visit. It is located in the North of Fremont and houses plant species from all over the world. Designed with a Bavarian theme, this Victorian farmhouse stands tall today even after a series of unfortunate natural disasters like earthquakes in its surroundings. The house can only be visited twice a month through a guided tour sponsored by Mission Peak Heritage Foundation. The 4.5 acres property houses a variety of types of gardens including Japanese gardens and has a plethora of species growing in abundance. Do visit this hidden green gem on your tour.

We have all seen the faults in mega movies like 2012. Faults are the deep lines that appear during earthquakes and spread through the entire area. Cali being prone to earthquakes is thus an abode of an exposed fault called the Hayward fault.
It is a freakish 37 mile long fault and stretches along the western hills of the eastern San Francisco bay site. It runs through many areas including El Cerrito, San Leandro, Richmond, Hayward, Fremont, Berkeley, Oakland, and San Jose.
The Hayward fault line along with its counterpart, the Calaveras Fault is responsible for many severe earthquake in these areas already. The Hayward Fault exposed is a 40-mile-long and 8-mile deep trench and was opened to the general public in 2006 but is open to viewing only on weekends.

Take a Cab ride on the Dumbarton Bridge

This engineering beauty makes us sit and wonder in amazement at just how superior the human race has become. This bridge is the second bridge on the mighty bay and was completed in 1984. You should definitely experience going over this 85 feet mighty bridge while looking out at the beautiful bay on both sides. Besides that, you can even walk in the special pedestrian lane or rent a bike to bike through the special biking lane. Thus, Fremont is the perfect intermingling of historical heritage and modern town facilities. So, go on plan that trip soon! 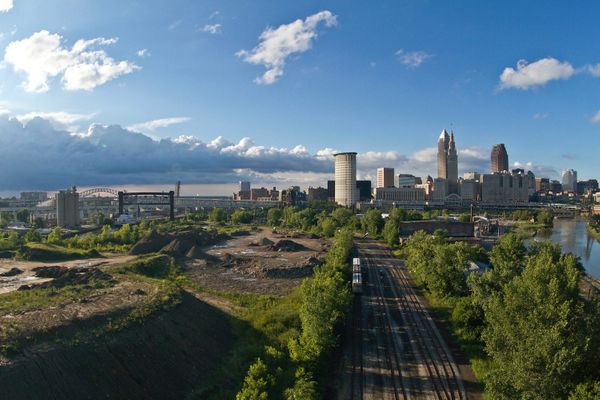 Home to the Rock and Roll Hall of Fame, countless sporting venues, artsy entertainment districts and expansive urban parks are all the things that make Cleveland a great vacation prospect. 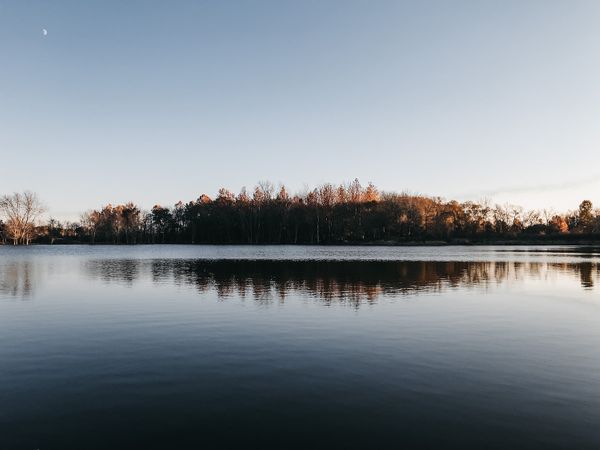 Nestled in the county seat of Tippecanoe County of the American state Indiana, Lafayette is a charmingly picturesque town with a population of about 130,000 people. The city was