See also: Where to stay in Daegu

Daegu, most infamous for its hot summers, the hottest in the entire Korea, is situated at the bottom of a mountain range. The city is located some 80 kms away from the seacoast and has a lot of mountains and parks, museums and festivals to explore. Let us have a tour through the city known for its apples and textiles and figure out the best things to do in Daegu.

Explore the attractions inside the Duryu Park

Home to the tallest tower in Daegu, the Duryu Park has much to offer. The park has a beautiful bridge surrounded by a vast expanse of trees from different species. The best time to visit this park is during the spring season when the cherry trees are fully bloomed and the park is all pink and green. This park is not only the best nature’s escape in Daegu, but also a cultural hub. The major attractions inside the park include the 83 Tower Observatory, the Cathedral Pond Fountain, the Duryu Libraray, the Byeokcheon Falls and a number of temples as well. Apart from these, there is a swimming pool, various baseball and soccer fields, numerous tennis courts and a gym as well. The park’s beauty is at its peak during the celebration of the Lantern Festival organized in the month of May when thousands of lanterns are lit and set loose to light up the night sky in the most heavenly manner.

When in Daegu, start with the fun rides and unleash your inner child at the E- World Amusement Park, get yourself clicked at the most amazing stalls in the entire South Korea and do not forget to observe the most amazing view of the city during the night hours from the 83 Tower Observation Deck. The 83 Tower is called so because the building consists of 83 floors in total. Hold your breath while you take in the beautiful view of the glittering city. Sit back and relax with a cup of coffee in your hands at one of the cafes on the 78th floor of the Tower. One can also take a free cable car ride across the city and let the city unfold its magic. Apart from the beautiful night view, one can also stop by the tower during the evening hours to watch the sun touch the horizon. But, do not forget to stay back for some more time for its not just the city that glitters with the colors of a rainbow, but the tower as well- in all shades of pink, purple and blue, the view of the tower in itself is mesmerizing.

Take a tour around the Daegu Arts Center

Situated right in front of the Seongdong mott Lake inside the Duryu Park, the Daegu Art and Culture Centre is famous for its exhibitions and performances. The building is enormous with as much as 13 grand gallery rooms and a huge International Conference Hall. Right outside the exhibition hall is a grand stage where concerts and other events take place. This place is famous for madangnori, a traditional performance art loved by many. This stage has a seating arrangement for over thousands of guests. You can also stop by a small coffee house beside the exhibition hall and take a break before you head out for more.

Located around the 83-Tower E-World is one of Daegu's best attractions. This theme park has plenty to do with rides for all ages, light displays, exhibitions, a sky tram and a range of incredible foods. This is a place for everyone to enjoy and a must visit on our list.

Empty your wallet at the Seomun Market

If you happen to be a fashionista, this is the place for you. Being the largest traditional market in Daegu, its world famous for its textile works and sewing services. And no brownie points for guessing that the place is crowded almost all the time! However, this happens to be the most ultimate place not just for the fashionistas out there, but quite a package for foodies as well. The street food over here is the perfect balance of flavors one can expect to have on a plate. One should definitely try the Korean Pancakes served in a unique way across the streets of the Seomun Market. A spongy fish cake and a blood sausage are other such dishes offered over here which one certainly cannot miss.

An evening at the Apsan Park

Located deep within the valleys surrounded by the Ap Mountains, the Apsan Park is the largest tourist hotspot in the city calling out the craving for a green space inside you. Lost in the hustle bustle of the fast-developing metropolis around the world, this park has a lot to offer beyond the solace one finds in the lap of nature. Hiking to the top of the mountain or horse riding or staying back to watch the sunset or the sunrise or enjoying an aerial view of the place, one can always find something or the other interesting enough to enjoy their time in this nature’s escape. However, your trip to Daegu might remain incomplete if you do not stay back to spend the night over here gazing at the stars while all your worries leave you.

Get to know the traditional side of the Mabijeong Mural Village

Catch a glimpse of the rural and traditional side of a Korea at the Mabijeong Mural Village, a predominately farming community, and take a walk through the lanes whose walls have been decorated with mural paintings. This place combined both art and history for the name of the village roughly translates to “the pavilion where a horse flew.” This village has been there for the past 170 years and has a history worth listening to. One can always talk to the local villagers and listen to the stories surrounding this village from some of the descendants of the original settlers of the place who still live here.

Hiking on the mountains surrounding Daegu

Situated between mountains and valleys, this place has a lot in package when it comes to hiking. There is the Palgongsan Natural Park and the Biseulsan Country Park, both of which offer an amazing view from the top of the world where one can not only go hiking, but also enjoy a beautiful sunrise or sunset. The Palgongsan Park has only a 1.2 km long trail and is easier to climb. The peak of the mountain plays host to the monumental Buddha statue commonly known as the Gatbawi Statue. This place also has a religious significance and some of the locals also climb to the peak of the mountain just to pay their respects to this statue. A little tip- travel light as you’ll find a few food stalls on your way to the peak and you can take a short break to recharge yourself.  The Donghwasa Temple, Seonbosa Temple, and Pagyesa Temple can be easily visited by following one of those trails. Another famous hiking spot in Daegu would be the Biseulsan Country Park whose beauty is at its peak during the spring season with all the azaleas in their full bloom. This pink beauty is so ethereal that the locals hold a festival to celebrate the bloom during the month of May.

Enjoy a happening evening at the Suseong Lake and water show

The Suseong Lake in Daegu is the most favorite hangout place for the locals during the days of spring and summer. Ideal not just for sightseeing and paddling in a swan boat, this place is also home to one of the best cafes and shopping stores in the city. One can roam around the nearby streets and shop from the local stores or take a break at one of the cafes. One can also get a coffee from one of the cafes and sit around the lake and spend some quality time admiring the beauty of the place. Do not forget to attend the most amazing light show which is held between the months of May to October held twice every evening.

Spend a few hours at one of the traditional Korean bathhouses, locally known as a jjimilbang, and let go of all yours worries. If you are a fan of relaxing baths or spas, Daegu Spa Valley is the place for you. The Daegu Spa Valley is famous for its hot spring pools, steam baths, herbal bath pools and much more. The place also has a beautiful outdoor water park where one can enjoy with family and friends. One can also buy souvenirs from here. At one of these jjimjilbangs, Nude Scrub is also offered. If you dare do that, there is nothing better for your skin.

Enjoy one of Daegu’s world-class Festivals

Daegu is known to organize such world-class festivals at different times in a year that one can surely attend one of these amazing gatherings. A few of the most loved festivals include the Chimak Chicken and Beer Festival, Buddha’s Birthday Lantern Festival, Daegu Water Festival, etc. If you are a foodie, we would recommend that you do not miss the first one at any cost. The Chimak Chicken and Beer Festival is usually organized in the month of July and the entry to this festival is absolutely free and this one amongst others happens to be the most crowded festival in Daegu. Taste the heavenly varieties of Fried Chicken over here and crave for more. And then there is Deagu’s Arboretum Chrysanthemum Festival for the nature lovers out there. The event is ideal for both family and friends and is most loved by photographers.

A trip to any of the Korean cities is quite incomplete without having a plate full of varieties of Korean BBQ dishes. We would recommend The Meat Eating Man, one of the most loved restaurant in the Korean BBQ Alley. One should also remember to have a glass of Persimmon Wine while walking around one of those underground wine cellars this city has to offer.

Spend some time amidst the silence and get lost in your own thoughts at the never-ending Bullo-dong Tomb Park that stretches to as much as 5 kilometers. The park is so huge that one almost forgets that there are dead bodies from the ancient days buried over here. A few tombs over here date back to as much as the 2nd and the 6th century leaving a touch of history to this beautiful place. The park has been registered in the list of historic places in Korea and is South Korea’s first tomb park sheltering over 200 tombs.

When in Daegu, you cannot miss out on the lively atmosphere around the Kim Kwang-Seok Street named after the late Korean rock singer Kim Kwang-Seok. This place is entirely dedicated to music and art in his memory and plays host to the most amazing live performances. Apart from that, the walls across the streets are decorated with mural paintings making this an amazing place to click photographs and along the street are small cafes where you can stop by to have a coffee while you enjoy those little singing competitions on the street.

Daegu being one of the largest and the most beautiful cities in Korea is almost as addictive as coffee. On one hand, Korea has cities like Shibuya and Hongdae most popular for their nightlife and crowded streets, and on the other hand, we have a city like Daegu which has parks and temples more than people. Daegu is most loved by those who prefer the music of nature over the EDMs in a pub. It is more about the pink and green than the yellow and red lights on the street. So, check out the place and let us know if we’ve missed out on something. 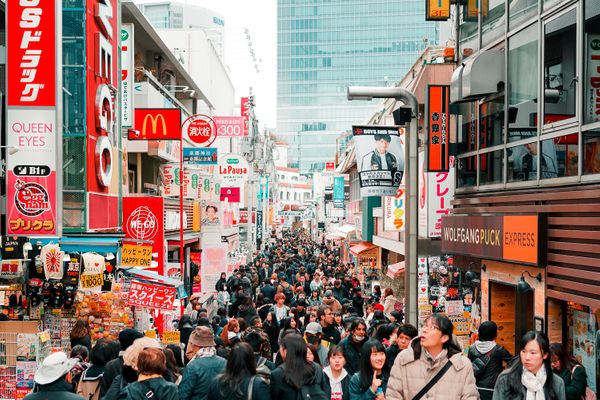 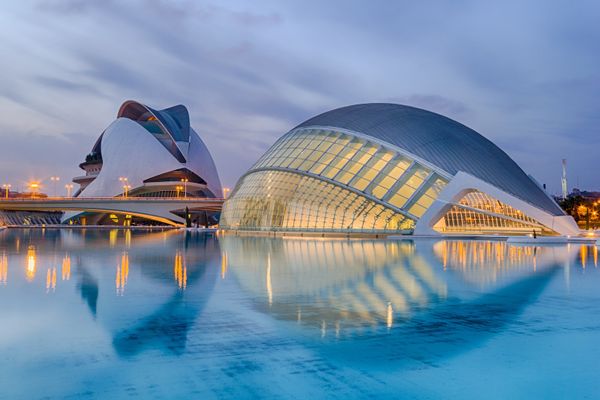 If you are planning to spend your vacation in Spain, then Valencia should be your fancy destination. This beautiful metropolitan city is often considered as Spain’s port city. This