One of the nation's outstanding examples of American architecture, Columbus, Indiana's downtown, is a kaleidoscope of 20th-century marvels and 19th-century buildings.

Located in and serving as the county seat of Bartholomew, Indiana, United States, Columbus is a city.

This county was founded in January of 1821 by the Indiana Legislature and briefly renamed "Tiptona" after John Tipton.

In March of the same year, officials reversed this decision and renamed the neighborhood "Columbus" in honor of explorer Christopher Columbus.

People who aren't familiar with design may be surprised to see a city of 50,000 people crammed with structures and art produced by designers.

This person's name is J Irwin Miller. In the 1950s, a local Cummins Engine Company executive aimed to attract world-class professionals to Columbus by transforming the town's mindset via architecture.

Because he thought that "Mediocrity is expensive," he sponsored public structures when a well-known architect constructed them.

The American Institute of Architects named Columbus the sixth-best city in the U.S. for architectural innovation, thanks to the work of I.M. Pei and Eero Saarinen.

Columbus has been designated one of the "Ten Most Playful Towns" in the United States for the second year running by Nick Jr. Family Magazine.

As a result, the town now boasts over 70 structures designed by renowned architects, including fire stations, churches, schools, residences, and offices.

Discover the best Columbus has to offer with our comprehensive guide to the city's most famous sights and activities.

The confluence of the Flat Rock and Driftwood rivers in Columbus' downtown district is Mill Race Park.

There are almost eighty acres in this city-owned and -operated park, including an observation tower and a children's play area.

Other features include a circular lake surrounded by walkways, two small lakes with wooden bridges, basketball courts, and an earthen amphitheater.

The boardwalk connects the park's wetlands to the community's walkway network.

There are also several festivals and events held at Mill Race Park during the calendar year.

For more than four decades, the Atterbury-Bakalar Air Museum has honored the sacrifices of the military and the armed forces from 1942 to 1970.

The museum's permanent exhibits commemorate World War II and the subsequent conflicts in the 1960s and '70s, such as the Cuban Missile Crisis and Vietnam War.

Tuesday through Saturday, from 10 a.m. to 4 p.m., visitors are welcome to the Atterbury-Bakalar Air Museum, where they may learn about the lives of those who served in the military via personal anecdotes and images.

The North Christian Church, Eero Saarinen's other project constructed from 1955 to 1964, is a component of the Disciples of Christ in Minneapolis.

At the east end of the structure, there is parking for those who wish to attend services.

A National Historic Landmark, the church is also a feature of the city visitors center's Architecture Tour, which includes a visit to the building.

Tour the Miller House and Garden

Several notable twentieth-century designers and architects are on display at the Miller House and Garden in Columbus, Indiana, including Dan Kiley, Kevin Roche, Eero Saarinen, and Alexander Girard.

As one of Newfield's architectural treasures, the Miller House has become one of the country's most exquisite mid-century modern homes, typically cited among the examples of domestic modernism such as Glass House, Fallingwater, and Farnsworth House.

For a charge, visitors can take 90-minute tours of the building from the city's visitors center.

Explore The Commons With Your Kids

First on our list is The Commons, located at 300 Washington Street.

The Commons is owned and operated by the City of Columbus.

The Commons also has art installations, like the Chaos I, a unique sculpture by Jean Tinguely that serves as the space's focal point.

Exhibitions, gala events, seminars, and live performances can all occur upstairs in the event space.

Koetter Kim created The Commons to serve as a "community center" and a resource for the surrounding community.

An award-winning memorial in front of the Bartholomew County Courthouse Square serves as a gateway to the city.

With its towering columns inscribed with the names of war warriors, letters, and diary entries, as well as other poignant mementos, it looks like someone carved it out of a monolith.

At night, the spectacular effects of light and shade created by the lighting implanted in the base illuminate the memorial's interior.

When light strikes the columns, they illuminate against the sky and create an awe-inspiring visual movement, evoking feelings of wonder and involvement in events that transcend the mundane.

Veterans' recorded experiences get more personal as viewers dig deeper into the grid of pillars, which is a tiered passageway into the heart.

Appreciate the Architecture of the First Christian Church

In addition to rectangular forms and a rectangle tower that rises 160 feet tall, it features a non-traditional appearance.

Some of its distinctions include being one of the U.S.' earliest churches constructed in modern design.

On the outside and interior, buff brick and limestone are the predominant building elements.

Visitors may attend the church's regular services, which are open to the public every week.

The sanctuary can accommodate up to 900 persons.

This religious structure, in addition, offers a variety of opportunities for interaction with the local community.

Have a Blast at CERAland Park

CERAland Park is a 345-acre camping destination located in the heart of the Midwest.

The campground also has a laundry facility and disposal station.

At the outdoor theater, there is free entertainment.

Shelter homes are available for use by groups.

Did you know that I. M. Pei, a Chinese-American architect, was still relatively unknown when he made the design of the Bartholomew County Library?

The JFK Presidential Library in Boston, Massachusetts, and the Paris, France's Louvre's glass pyramid were projects he would construct later in his career as an inventive and high-profile architect.

With the Bartholomew County Library, the architect attempted to achieve harmony between the structure and its surroundings and include the community in its design.

Aside from its extensive selection of books and other multimedia, the library provides several programs and events to benefit the community and its visitors.

The award-winning philharmonic symphony performs multiple concerts throughout the year to benefit the Columbus, Indiana community, and the surrounding area.

As part of its mission to provide even more musical brilliance to the city, the orchestra regularly presents an assortment of internationally famous guest musicians.

Annual choral and string camps and the Children's Choir and Philharmonic Youth Orchestra are among the programs offered.

Additionally, the Philharmonic collaborates with other groups and organizations, like The Cabaret of Indianapolis, to broaden the range of performance options available to audiences.

As one of the city's six national historical sites, the First Baptist Church is a must-see.

The structure, which started construction in 1965, was planned by renowned architect Harry Weese and completed by the decade's end.

As a result, the church has undergone a few minor renovations since its construction, and the building has maintained its original structural integrity.

The church was the home of one of the city's first Baptist congregations.

The portion that surrounds the central courtyard has a round pattern.

The organization's history dates back to 1926.

The historical society imparts knowledge about the region's past to present and subsequent generations through interpretative displays and activities.

Visitors may see a vast number of radios from the world's most extensive collection of Arvin radio, as well as learn about the company's contributions to the production of equipment needed during World War II, among other things, at the Bartholomew County Historical Society's museum.

Product posters, original promotional materials, and display cases are some of the other objects in the collection.

Catch a Show at the Crump Theater

As one of the city's emotional favorites, the Crump Theater stands less than a block from Bartholomew County Courthouse, located in the historic downtown area.

The history of the theater dates back to the year 1889 when J.S. Crump constructed an opera house at the back of an existing structure.

National theatre design companies created the theater's scenic backgrounds and opulent interior at no charge to their clients.

It has played host to a diverse range of performances and some well-known artists throughout the years, including John Philip Sousa and John Mellencamp, among others.

Since 1900, Zaharakos has provided sundaes, sodas, and smiles to its customers across the community.

Find the Tiffany-style lighting and the twin soda fountains if you want to get lost.

The Welte orchestrion produces a rich, full sound that will entertain you while enjoying a scoop of ice cream.

On the second level of the library complex, you will find information about soda fountains and mechanical music.

In the newest and oldest parts of Zaharakos, you may learn about soda fountains, mechanical music, and more.

The museum features antiques from the 1800s, including a restored 1870s orchestrion and syrup dispensers and the world's most extensive display of marble soda fountains that existed before the 1900s, including one dating back to the 1850s!

Stay at the Irwin Inn Gardens

Completed in 1910, and it has genuine Edwardian furnishings and underground gardens created to seem like the ruins of Pompeii.

The Inn at Irwin Gardens lies in downtown Columbus.

Architectural embellishments such as English oak wooden furniture, brick pergolas draped with wisteria vines, and a tiered fountain are just a few of the home's many highlights.

The main dining area offers a delicious breakfast for the guests.

Indiana Premium Outlets and The Commons are just within a 15-minute drive from the inn.

Guests may park for free at the self-parking garage on site.

Are you into architecture, design, or just having a pleasant time with your family?

For a midwest weekend vacation, look no further than Columbus, Indiana.

Great design is still the buzz of the town in this Midcentury Modern destination.

Reservations are highly encouraged because the tours tend to sell out fast. 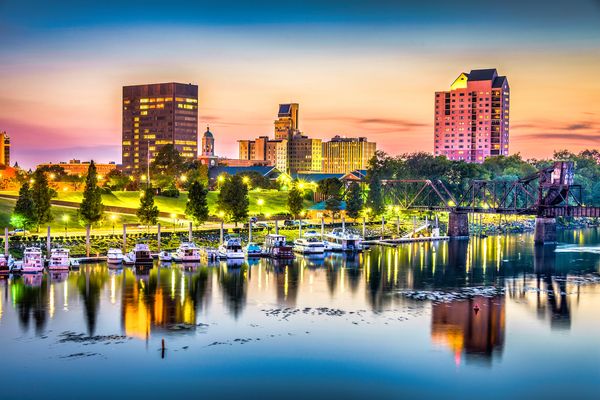 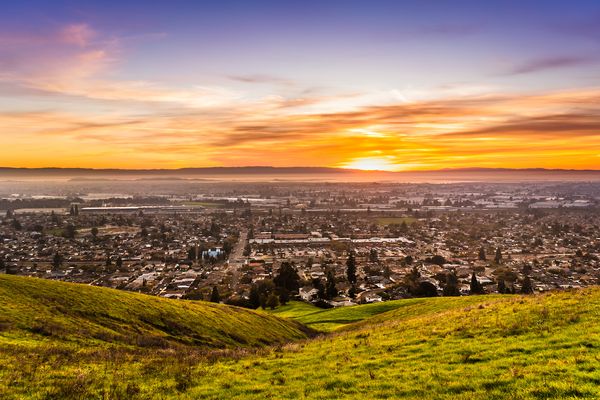 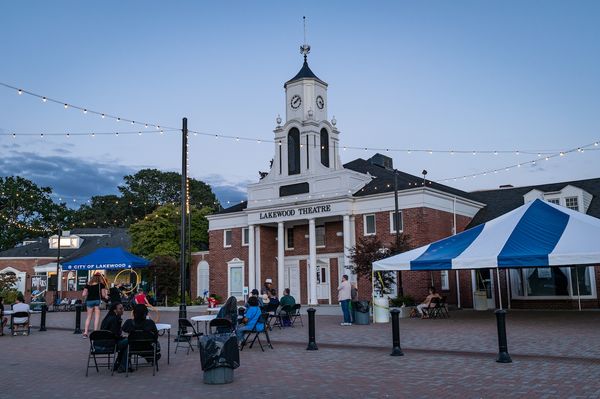