Brunswick is a charismatic riverside city nestled among the picturesque marshes of Glenn County in Georgia. It is a part of the Golden Isles and is blessed with captivating natural beauty.

Owing to its excellent location, it provides easy access to the neighbouring islands that feature ancient forts, a historic battlefield, a photogenic lighthouse, Georgia’s first brewery, extraordinary beaches, and more.

There is plenty scope for countless water adventures, such as swimming, kayaking, fishing, shrimping, canoeing.

Enjoy invigorating hikes and fun picnics along the Brunswick river or explore the region’s wilderness by camping. Here’s a list of the best things to do in Brunswick to jumpstart your planning…

Located on Jekyll Island, it is one of the most romantic beaches in the United States. It gets its name from the magnificent driftwoods that make this beach unique. It offers plenty opportunities to take great pictures.

Enjoy a romantic evening walk on this beach and watch the setting sun paint the sky a kaleidoscope of crimson, pink, yellow, and purple.

The sunrise on this beach is equally enchanting. Owing to its incredible scenic beauty and tranquil atmosphere, it is a renowned wedding destination.

This historic building in Jekyll Island dates back to 1743 and was the home of Major William Horton.

He was incharge of the soldiers stationed at Fort Frederica in St. Simons Island. After moving into his newly constructed home, he started farming on the island.

Using the rye and hops from his farm, he brew the first beer in Georgia at the brewery that he built near his home. He supplied the beer to colonists.

The Horton house later became the home of a privateer and entrepreneur named Christophe Poulain DuBignon and his family in the late 18th century. Graves of members of his family are located at a burial site near this building.

Today, the Horton House is used for organising various events and is popular for photography. It is also one of the oldest buildings of the region. Visit and explore this historic site.

This centre aims to rehabilitate marine turtles and study about them. Get close to the turtles and watch them being treated and taken care of at the rehabilitation area.

Tour the facility and learn more about these majestic creatures through the various exhibits.

The institution is dedicated towards taking good care of these sick turtles and their research is helping countless turtles across the globe.

It is located in Jekyll Island which is a 25 minutes’ drive from Brunswick. Admission fee ranges from USD 7.49 to USD 9.63 depending on your age. Free entry is applicable for children under 4.

This magnificent bridge crosses the scenic Brunswick River. It is named after a 19th century regional author who wrote a poem about the picturesque marshes of Glynn County.

The original 1956 bridge was replaced with the current one in 2003. An annual 5K health run is organised on this bridge every year in February attracting myriads of visitors. The bridge offers breath-taking views of the river and the surrounding cityscape.

It is located on Jekyll Island and offers scenic views of the Jekyll River.

Escape from the monotonous daily routine and spend a relaxing and fun-filled day at this park. It is recommended to book your tickets online to avail a discount.

The park is host to numerous events including Independence Day celebration featuring grand fireworks and weddings.

The Brunswick farmers market is organised at this park every Tuesday, Thursday, and Saturday between 8am and 5pm.

Take a relaxing stroll by the mesmerising river while watching the gorgeous sunset or enjoy a nice picnic against the stunning backdrop.

Watch a Show at Ritz Theatre

Located in downtown Brunswick, this historic theatre dates back to the late 19th century. It was formerly meant only for performing opera.

It is owned by the city and operated by Golden Isles Arts and Humanities Association. It is a perfect place for a wonderful evening’s entertainment.

Several teams participate in the contest and the event attracts myriads of visitors, both tourists and locals alike.

Brunswick Stew is a significant part of the local cusine here and is a must-try. Ticket price is USD 5 for kids and USD 10 for adults. Advance tickets can be availed at a discount.

Visit the marina to enjoy the amazing views of the countless boats docked here, the surrounding marshes, and the picturesque river. It is located on a stream which is connected to the Brunswick River near the ocean waters.

You can spend your evening watching beautiful boats and ships leave the marina for adventures in the sea.

Restaurants, stores, galleries, and theatres are located within less than a mile’s distance from here. Don’t miss out on trying the fresh and delicious seafood at these eateries.

Located on St. Simons Island, this photogenic and quaint lighthouse dates back to the early 19th century.

The original lighthouse was replaced with the current one in 1872 after the Confederate army demolished the original to disrupt the movement of Union soldiers on sea. The lighthouse is still operational and guides boats and ships on the St. Simons Sound.

You can go to the top of the tower and enjoy captivating bird’s-eye views of St. Simons Island, Brunswick and Jekyll Island.

The keeper’s residence has been converted into a museum featuring historical exhibits and local memorabilia which depict the history of the region.

Rhythm on the River

Musical concerts featuring regional singers and bands are organised on the first Sunday of every month from April to October at the Mary Ross Waterfront Park.

It is fun for all ages and is absolute free. Groove to the music while enjoying the scenic views of the river.

It is located next to the Brunswick Actors Theatre which is dedicated to producing exceptional theatre performances with the support of regional actors and playwrights. Browse art and watch a lively play here while exploring downtown Brunswick.

Fort Frederica was built in the early 18th century by British colonists to protect the coast from enemy invasions by sea.

After the Battle of Bloody Marsh between Britain and Spain in 1742, the threat of enemy attack at the coast gradually declined. This battle took place on this island and Britain emerged victorious.

The army forces guarding at the fort abandoned it in 1749. Visit and explore the ancient remains of the fort on the site.

The park also offers spectacular views of the charming river, towering trees, and verdant marshes. Admission to the site is absolutely free of charge.

Located in downtown Brunswick, this historic oak tree is estimated to be more than nine centuries old. Story has it that, hundreds of years ago, this tree was a meeting point for lovers.

The plaque underneath the gigantic tree states that the tree existed at the time when the US constitution was signed in 1787.

Go on a sea expedition with Coastal Tide Excursions on their famous Lady Jane shrimp boat. Catch shrimps while learning interesting facts about sea denizens from a marine biologist present on the boat.

In addition to shrimps, you can watch various other diverse sea animals get caught in the net, such as squids, crabs, stingrays, fishes, small sharks, turtles, and more.

The views from the boat are also stunning. The tour lasts for about 2 hours and the entire experience is extremely fun and exciting. The ticket price is USD 39.99 for patrons up to 5 years of age and USD 47.99 for others.

These are a group of squares and parks which were established during the colonial period and are spread across downtown Brunswick.

They have been renovated and maintained to be used for recreation by locals and tourists. Various events are organised at these squares throughout the year.

Visit and admire the picturesque landscaped gardens and quaint fountains of these parks.

Located along the Altamaha River, this land was bought by William Brailsford in the early 19th century to start a rice plantation.

Five generations of his family lived there until 1973. The house on the site dates back to the 1850s and was built by Brailsford’s granddaughter and her husband.

The home has been maintained to accurately represent how it would look like if the family was still living there.

It exhibits the original furniture, silverware, and heirlooms. You can tour the home and explore the site of the former rice planation. This is also a great place for birding.

Brunswick Blessing of the Fleet

Also known as Mayfair, this annual festival is celebrated on the Saturday before Mother’s Day in US.

The tradition dates back to 1938 and takes place at the Mary Ross Waterfront Park. The main event is a boat parade featuring numerous colourful, ornate shrimp boats.

It is one of the biggest events in Brunswick. Be a part of the festivities and experience the vibrant local culture.

This battle between Britain and Spain took place in July 1742. The British soldiers emerged victorious after defeating a much larger Spanish army.

Spain’s motive in the battle was to gain control of Georgia and turn it into a Spanish colony.

Today, the site features a memorial, markers explaining the battle, and vast spreading marshes. Take a step back in time and explore this historic site.

This park is a popular campground located in Brunswick. It features dense foliage, an enchanting lake, access to the river, and picnic areas.

Best Things to Do in Atlanta

Best Things to Do in Tybee Island

Best Things to Do in Valdosta

Best Things to Do in LaGrange 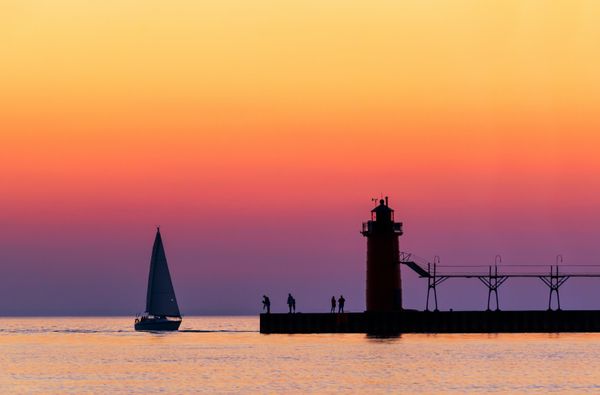 South Haven is the land of Ni-Ko-Nong (beautiful sunsets) bordering the beautiful shores of the marvelous Lake Michigan. The city justifies its name by offering tourists exquisite views of its glorious sunsets and surrounding landscapes. In addition, you can find some of the finest wineries in the country here. Finally, 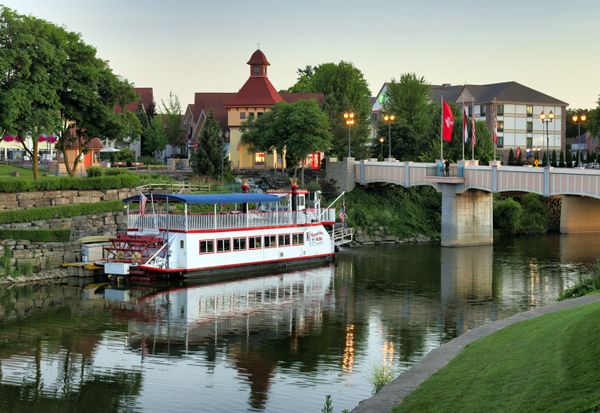 Have you been yearning for years to visit the world-famous Oktoberfest and drown yourself in authentic Bavarian spirit? Let me be honest. This guide will not tell you about the Oktoberfest. It will, though, tell you everything about the next best thing! Frankenmuth in Michigan is the Bavarian capital in 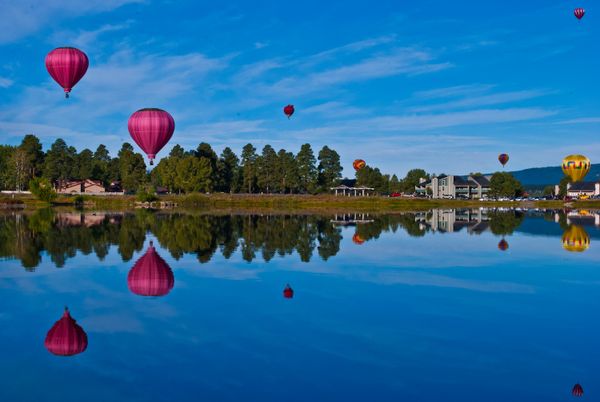 Colorado is flush with amazing cities that narrate the rich history of this frontier state. However, few know about the hidden ace up its sleeve – the majestic Pagosa Springs! Ensconced in the warm valleys of the San Juan Mountains, this quaint town offers you a luxuriously cathartic experience on your