Hidden in the folds of the Australian land is the quaint town of Bendigo, well-known for its potteries. It is, in fact, referred to as the ‘Ceramic Centre of Victoria’. And while it is a big deal here, Bendigo is also the home to many other fascinating things and places – one just has to land in Bendigo to experience that. It has been in the forefront since 1851 when gold was discovered in this one of the largest boomtowns. Right from beautiful parks and interactive museums to serene lakes and amazing restaurants, Bendigo really provides a quintessential Australian experience, one that everyone should have at least once in their lifetime!

Even though Bendigo is the pottery connoisseur, there are places that showcase art, other than pottery. Bendigo Art Gallery was established in 1887 and is one of the oldest and largest regional art galleries in Australia. It is an impressive building filled with an extensive collection of Australian art, from the 1850s till the present, and is known to conduct events and exhibitions quite frequently. This is also the place to host Australia’s richest and luxurious Open Painting Prize, i.e. the Arthur Guy Memorial Painting Prize. The displays of the various artists are put up all around the place, at which the visitors can gaze and enjoy for hours, with the entry to the main gallery being absolutely free!

One of the prominent landmarks of Bendigo is the Alexandra Fountain, located at the intersection of Pall Mall and View Street. This intersection – known as the Charing Cross – is conveniently placed in the centre of the city, which also happens to be one of the busiest and most important of the intersections. It was built as a monumental tribute for the success of the Goldfields and the Bendigo region. Designed in a late Victorian style by a local architect, William Charles Vahland, the peculiar design of the fountains fascinates the visitors immensely. Opened in the 19th century, the fountain is named after the Princess of Wales, Alexandra and is a fascinating structure to look at when in Bendigo.

Bendigo Wine Region is a name collectively given to wineries dispersed all over the city, as well as in Bridgewater on Loddon, Madurang, Marong and in Harcourt. The first grapevines were planted in 1856, after which many families came in and stayed to run the several wineries. Balgownie Estate, BlackJack Wines, Connor Park Winery and Glenwillow Wines are some of the wineries of the region. The wines brewed here are made from authentic grapes, picked and handcrafted by the producers and are available for the people. One can get it at the cellar door, order online from individual wineries or in restaurants at the events. The wines are absolutely delicious and will leave you wanting more!

The Bendigo Soldiers Memorial Institute Military Museum (SMIMM) is a significant addition of the city, equally appealing to the locals as well as visitors. It was initially established in 1921 and was later re-opened in 2018, after being redeveloped and refurbished. The museum houses a vast collection of wartime memorabilia, ranging from ancient books and medals to even knives, cigarette tins and letters. These exhibits - either loaned or donated by organizations and individuals – easily transport the visitors to the wartime, showing those times through the well-preserved memories of the soldiers. One can go in alone or in large groups, but the latter is only possible by appointment. Step in SMIMM and get lost in the memories of the brave heroes.

Did you think there won’t be a proper pottery cum museum in the ‘Ceramic Centre of Victoria’? Well, you had it wrong till now. Bendigo Pottery is Australia’s oldest working pottery, having been established in 1858 and being shifted to Epsom in 1863. The place has an antique centre, complete with 40 stalls, an interpretive museum, where you can have a self-guided tour, a proper function centre, several artist studios, retail pottery sales shop, a rose garden and not to forget, a café. There are many informative events and helpful workshops, which you can attend in the place. Bendigo Pottery is the place to experience the world of pottery, all the while sipping at some delicious coffee.

You can get the experience of visiting an English Gothic building – in Australia! The Sacred Heart Cathedral, located in Bendigo, is the principal church of the Diocese of Sandhurst as well as the seat of the Bishop of Sandhurst. Designed by an architect belonging to the firm Reed, Barnes and Tappin, the Cathedral is one of the largest and also the third tallest Churches in Australia. The place is always open for holding masses, events, occasions and sacraments, including pre-wedding education, baptisms and weddings. The Gothic Revival style really suits the building, made entire of sandstone quarried from Geelong and light-weight and steel-framed spires. If you want to find some peace in this bustling city, the cathedral is where you go!

Standing on one of the historical sites of Chinatowns of Bendigo, Golden Dragon Museum is an amazing storehouse of culture and history of Chinese Australians of the region. It was opened in 1991 and has been, since then, eager to tell the story of how the Chinese heritage is being preserved in Australia. The place is filled with Chinese arts, crafts and displays, all made by visiting tradespeople and artisans. The gardens – called Yi Yuan, i.e. the Garden of Joy – is a relaxing place, where the museum stands. The garden is highly authentic, based on the gardens of the Imperial Palace in Beijing and contains a Buddhist temple and the Guan Yin Miao. The place is like a beautiful piece of China, woven in the Australian culture.

One of the most sought-after hotels in Bendigo is the Goldmines Hotel, well-known for its beer garden. It is one of the oldest hotels in the city, having established in the 19th century, in 1857. The hotel has been, since then, renovated and updated to suit the customers’ needs. The garden of this grand heritage hotel is a famous one, well known for its status of the leafy and cosy beer garden. One of the much-loved features of this hotel is the live music; performers are seen strolling in on Fridays and Sundays. Visitors can feast on innovative dishes, with a glass of beer or wine in their hands or even spend their time leisurely walking around the courtyard and the garden.

Located on the corner of View Street and Pall Mall is the beautiful park, called Rosalind Park. The area of the park was a grassy woodland before the 1850s, lined with large Eucalyptuses by the Bendigo Creek. It was the primary source of food and water for the Dja Dja Wrung community. It is 60 acres of open space, filled with soft grass and lush trees. The park also contains a large playground, a conservatory, a fernery, along with numerous old gardens and ornate statues dispersed all over the park. The lookout tower gives a beautiful view of the town, while the horticultural heritage of the park is something well-known around Bendigo.

If you are the one who wanted to visit gold mines for long, then you are in luck! Bendigo is home to an amazing gold mine, which was discovered in 1939. It is a former gold mine though – and is a popular tourist attraction these days. It was opened by the Central Deborah Gold Mining Company during the gold industry revival, after pushing an ancient and existing 108 feet shaft with new machinery. It has an amazing history and was reopened for the tourists to learn about it all in 1986. The Bendigo Trust is responsible for restoring and preserving the gold mine, including much of its fittings and mining machinery – and takes the fascinating underground tours frequently.

Lake Weeroona is a beautiful manmade lake and reserve, located on Napier Street. This ornamental lake, spread over 18 hectares, was a former mining area, before being transformed into a lake in the 1870s. It was created under the supervision of the art director of the Melbourne Botanic Gardens, William Guilfoyle. You can reach the lake in a vintage tram, which runs from the city centre to the lake. There is a large playground, accommodation facilities, car parking area as well as many delicious eateries and BBQs. People can walk around the lake – a path of approximately 20 minutes - or even jog or cycle around. You can also enjoy some delicious food items in front of the tranquil waters.

Travelling from a tram is a not so common occurrence these days – but in Bendigo, it actually is. Trams are an integral part of Bendigo’s travel scenario, giving the travellers of wholesome view of the mesmerizing architecture and aesthetic streetscapes. These tours operate on the basis of the heritage trams in the whole world, with the number of trams currently standing at 45, 15 of which are a part of the Vintage Talking Tram Service. The Tramways were named, back in 2016, as Australia’s Cultural Attraction of the Year in the Qantas Australian Tourism Awards. These trams are, as the locals claim, a perfect and comfortable way to cover the important landmarks and tourist attractions without wasting much time.

Bendigo Botanic Garden is one of the earliest regional Victoria’s botanic gardens as well as the first public garden of the city. Located in White Hills, it was created in 1857 and has many features that people love immensely. To begin with, the garden has a walk-through bird aviary, a beautiful lake, a musical adventure playground, small gardens and amazing barbecue facilities. The playground is a hit among the children, with its swings, slides, suspension bridge, and hammock and what not. Along with that, the gardens also include a Billabong, Heritage tree collection, Lavender Collection, Cottage Garden, WW1 Arch of Triumph, Grape Walk and a proper picnic pavilion, dating back to the early 1900s.

One of the unusually fascinating attractions in Bendigo is the Discovery Science and Technology Centre, which is known for inducing scientific curiosity in the visitors – especially children – all the while giving everything fun and exciting approach. There are more than 100 amazing displays and exhibits visitors can check out, including a Planetarium and ‘Kaleidoscope’, a place specially designed for children under six. In addition to that, there are some exciting attractions, such as the southern hemisphere’s tallest vertical slide. The centre is known for the science shows and planetarium shows they conduct – and are also available during holidays. The centre literally has everything that people of every age group can enjoy to their heart’s content.

The Great Stupa of Universal Compassion is one of the sacred places of Bendigo, but it is still in construction. 50 metres wide and 48 metres tall, it is a proud home of many holy objects, including the largest Buddha statue carved from a gem-quality jade in the world, known as the Jade Buddha for Universal Peace. It was on tour for 9 years around the world and has now come to its final home in this Stupa. The Great Stupa Visitor Centre organizes tours around, which starts with an introductory video and takes you through the Peace Park and into the Stupa to see the relics and artworks, all the while learning about Buddhism and Asian art and culture.

Formerly known as Sandhurst, Bendigo has a rich history and equally fascinating culture that reflects in all of the attractions the city has. The historic buildings and gardens, the contemporary cuisine and the natural attractions, all contribute to making Bendigo what it is now – a beautiful city and an amazing tourist spot. 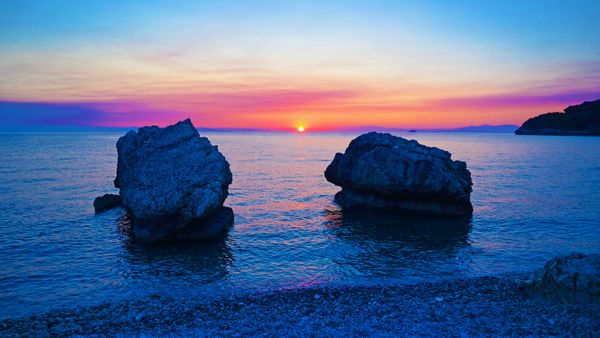 Kefalonia is a beautiful Greek island located in the Ionian sea. It is known for its exotic beaches, crystalline and deep blue Mediterranean waters, and calming atmosphere. Kefalonia, also known 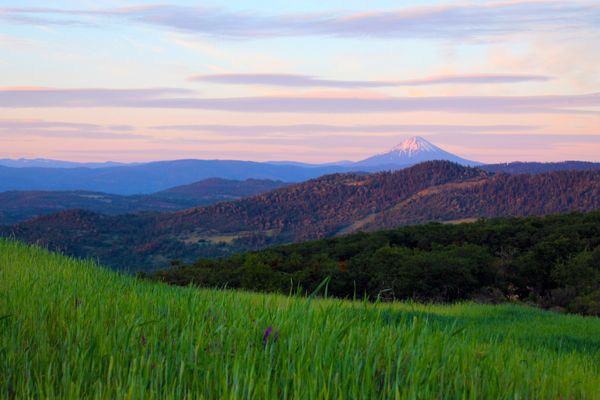 Cory Sober / shutterstock.com Medford is one of our top small cities in the United Sates. It lies in the state of Oregon and boasts of being one of the