See also: Things to Do in Toronto

One of the most multicultural cities, not just in all of Canada, but the world itself, Toronto is a dream destination for any and all avid travellers. Uniquely situated on a plateau that is cut off at multiple points by rivulets, ravines and vast green covers, the city is also known for its pristine geographical setting. The city, first established as the town of York by the British, has witnessed one of the most significant development sprees over the past century and has transformed from a former battleground to one of the world's most diverse and vibrant cities.

Toronto is a melting point of cultures and lifestyles. The population has soared in recent times (making it Canada's most populated metropolis). It then makes every nook and cranny within the bounds of accessible to all. Once in Toronto, you can explore the rich history of the city through the numerous historic sites, museums and galleries, or indulge in sporting activities at one of the many venues and facilities, or tour the ethnic enclaves for a unique city-within-a-city experience like no other. Music, theatre, and entertainment have also been central to life in Toronto,  even more so in the modern times, and can be explored at more venues than just the widely celebrated Entertainment District.

The city then, has something to offer for everyone and it is because of this reason that one must pick a neighborhood for an ideal stay, well before they start planning any further. With that in mind, here are our picks of the top neighbourhoods where to stay in Toronto and what they might have in store for you traveller!

Toronto is a melting point of cultures and lifestyles and a large number of tourists and travellers that flock Toronto stay within the downtown neighbourhoods making it the most popular place to stay. The city's skyline offers an unparalleled view of a wide range of establishments including the tallest of Skyscrapers (including the iconic CN Tower) and historic buildings that have come to be known as the city's most celebrated institutions. And to top that, travel has been made easy and hassle free by the Toronto Transit Commission's several undertakings including the Toronto Subway, the wide network of bus service and the convenient streetcar network as well. There's plenty to do around the area with several hundred shops and bars.

Not far off the bust city side of King West is the quaint neighborhood around the Queen West Street. The neighborhood is home to the artsy population of Toronto and attracts large crowds for its alternative appeal. Independent businesses and art galleries in the neighborhood are common attractions to the neighborhood, which was once anchored by its diverse population. Rapid development into a tourist friendly neighborhood resulted in the establishment of several new stores, coffee shops, and home-grown businesses including bars and pubs that have become distinctive attractions.

The neighborhood still maintains its historic charm with old buildings and iconic venues including the Horseshoe Tavern and the Cameron House, which have been the meeting points for Canadian music performers and enthusiasts for years now. If you find time to spare from all the activities, you can always visit the quaint and beautiful Trinity Bellwoods Park for a nice family outing or a picnic. The park also has public pools and gymnasiums and large playgrounds, if you fancy a quick game of volleyball or badminton.

Streetcar transit lines run parallel to the Queen West Street making it easily accessible to the public. The Street is also lined with hotels and other accommodation options to choose from.

Just west of Queen West, closer to Downtown Toronto is the vibrant neighborhood of Chinatown. Home to the city's large Asian community, Chinatown has become a hub for the culture of the region with several Chinese, Korean, Vietnamese, Japanese and other East Asian establishments crowding the streets. Food, as you would imagine, is a major draw of the neighborhood. You can choose from the best restaurants to street vendors to suit your palate. The number of vendors available in the neighborhood will ensure that you never run out of options to choose from.

The open air marketplace is a treasure trove in itself with several unheard of spices and herbs, medicinal plants, souvenirs and memorabilia all of which are available in one place. The neighborhood is even more dynamic during night time as the brightly lit signs in artsy Asian alphabet make the neighborhood even more picturesque than it is during the day. The central location of Chinatown has its own perks; the Toronto Art Gallery, one of Ontario's best known museums and the Kensington market, a hip neighborhood that houses many indie businesses are all at walking distance.

Multiple transit line, most notable among which are the 505 Dundas and 510 Spadina pass through the neighborhood. Chinatown has many luxury hotels, but finding an affordable stay is fairly easy as well.

Ethnic enclaves are big draws in Toronto and the Palmerston Street passes through two of these: Koreatown and Little Italy. The latter is spread over a larger area and is home to some of the best Italian restaurants in all of Canada. Or if you fancy a more casual setting, there are plenty of trattorias and outdoor cafes by the streets and patios. The neighborhood also has a culture of performing arts and a lively music scene with the Mod Club Theatre (a regular concert venue), The Orbit Room (an American-style lounge featuring live music) and the nearby Bathurst Theatre (which doubles as a performing arts school).

Koreatown, on the other hand, is largely centered around Bloor Street. The perfect start for your trip to the neighborhood has to be with a visit to Jodi Kwaja, a Korean bakery which specialises in everyday treats that are the perfect welcome present to the unique district. You can then explore the avenue and its many private businesses which includes iconic art shops and karaoke houses that the neighborhood has in plenty. The nearby Christie Pits Park has a perfect setting for a sporty outing if you wish to get away from the bustling streets for a couple of hours.

Streetcars 506 and 5011 will take you straight to the Palmerston Boulevard and you can then easily find your way around the neighborhoods. Once you've checked out Little Italy and Koreatown, you can pick a hotel which is closer to your interest points.

Talking of quaint and distant, we move to the far-east corner of the city of Toronto. In the district of Old Toronto, you will find the pedestrian-only neighborhood of Distillery District. Cut off from the city centre as a whole, this historic neighborhood is home to many old industrial buildings that stand tall as fine examples of Victorian architecture accentuated by the Stone Distillery, which was built way back in the 1850s. Take a stroll or ride your bicycle along the cobblestone streets of the neighborhood while you marvel at the unique architecture that make up most of the avenues here.

The most trodden of those streets is the Trinity Street, which also doubles as a public square and common meeting point. The area also boasts of outdoor cafes, art galleries, and quirky yet popular boutiques and shops including the Blackbird Vintage, Gentil Uomo, Beauchamp Art Gallery, and Beer Boutique among others. Drop by some of these establishments while in the neighborhood for a great shopping or dining experience. Live music and dance performances in public squares and local theaters in the neighborhood add to the lively vibe of the Distillery District. And it wouldn't be a visit to the neighborhood if you don't try out the selection of wines and hand-crafted beer that, at the end of the day, give the neighborhood its name.

You can walk or take the 504 streetcar from near the Parliament to get to the Distillery District. While hotels are not available within the heritage site premises,  you will find plenty of options nearby.

A little east of the affluent Yorkville neighborhood (which itself is best known for its celebrity sightings and as the site of the Toronto International Film Festival), is the youth-centric district of The Annex. The neighborhood has attracted huge student crowds and young travellers for long, largely because of the presence of the George campus of the University of Toronto within its boundaries. And as one would expect, the Annex has an ever-increasing number of casual restaurants and eateries and several bookstores and book cafes with a liking for the abstract and the bohemian, catering to the young crowd.

If that wasn't reason enough to visit, the neighborhood has experimented with a few abstract ideas that might get you on board. Most notable of these are the Annex's game parlors that double up as cafes, cinema halls in century-old buildings, quirky gift stores and pawn shops that are frequented by the young crowd of the area. And aside from the many dorms and fraternity houses, the neighborhood is home to the iconic Torontonian 'Annex' (closely resembling Romanesque Richardson) and 19th century cluster houses that you can catch a glance of while taking a stroll through the residential district of the area.

The Annex is serviceable through both the subway and streetcar transit lines, with the latter running south from the Bathurst and Spadina stations, making the neighborhood one of the easiest to access through public transport. There's many an iconic hotels in the Annex, some of which even borrowing their names from the neighborhood. Owing to its prime location and status as student-friendly area it is rather easy to find more affordable living options and hostels as well.

Keep moving westward and you'll find yourself in the neighborhood of Roncesvalles, Toronto's very own village town. A little on the outside of the city's hustle and bustle, Roncesvalles, or 'Roncy' as it is better known, offers you a complete urban village experience. It's quiet and charming, historic in its own right, and yet hip in a very modern sense. The best way to experience the neighborhood is through a bicycle ride around the city, where you can choose to stop at your own whims.

Roncesvalles is home to a large part of the Polish community of Toronto and the annual festival and year round food stalls and restaurants reflect on that particular cultural appeal of the neighborhood. While you're on your tour of the area, feel free to stop at one of the local cafes or boutiques or go ahead and explore the artsy side of the area anchored by graffiti and street art exhibits. The High Park on the western side of the neighborhood is perfect for an afternoon stroll or a family outing at the Jamie Bell Adventure Park within the larger establishment.

The neighborhood, although on the extreme West end of Toronto, is serviceable by the 501, 504A, 505, and 506 streetcars. Getting there should not be much trouble even through the road transportation and I'd nothing else, Roncesvalles is a quick bike ride away from the city's central districts. Hotels might be fewer in number but you can always look for a good homestay while in Roncesvalles.

And that's our list of where to stay in Toronto. Here's to hoping that you find your suitable pick for the best possible travel experience! 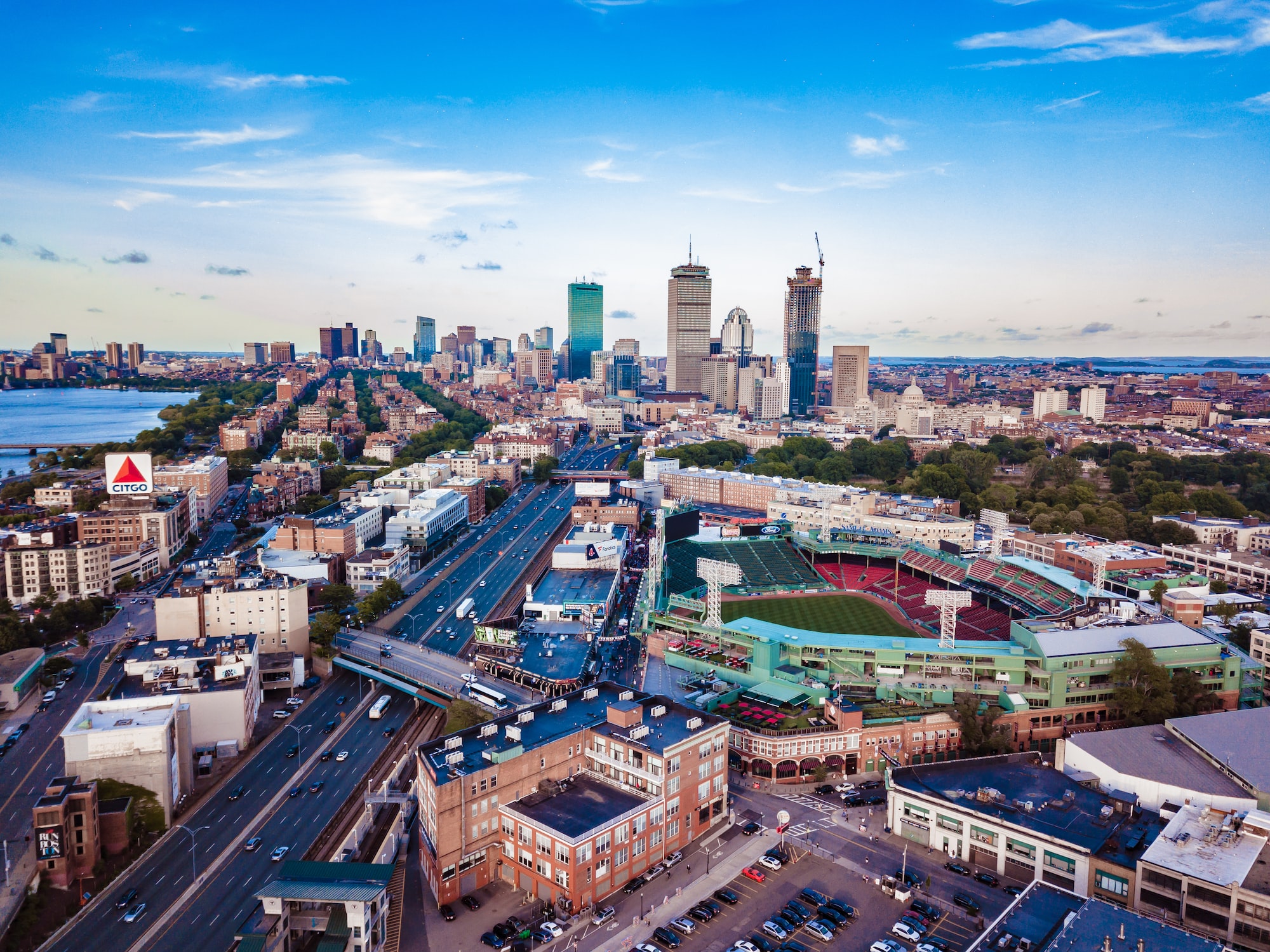 See Also: Things to do in Boston Located in Massachusetts, Boston is the most exquisite capital city in the country of the United States. Boston is arguably one of the 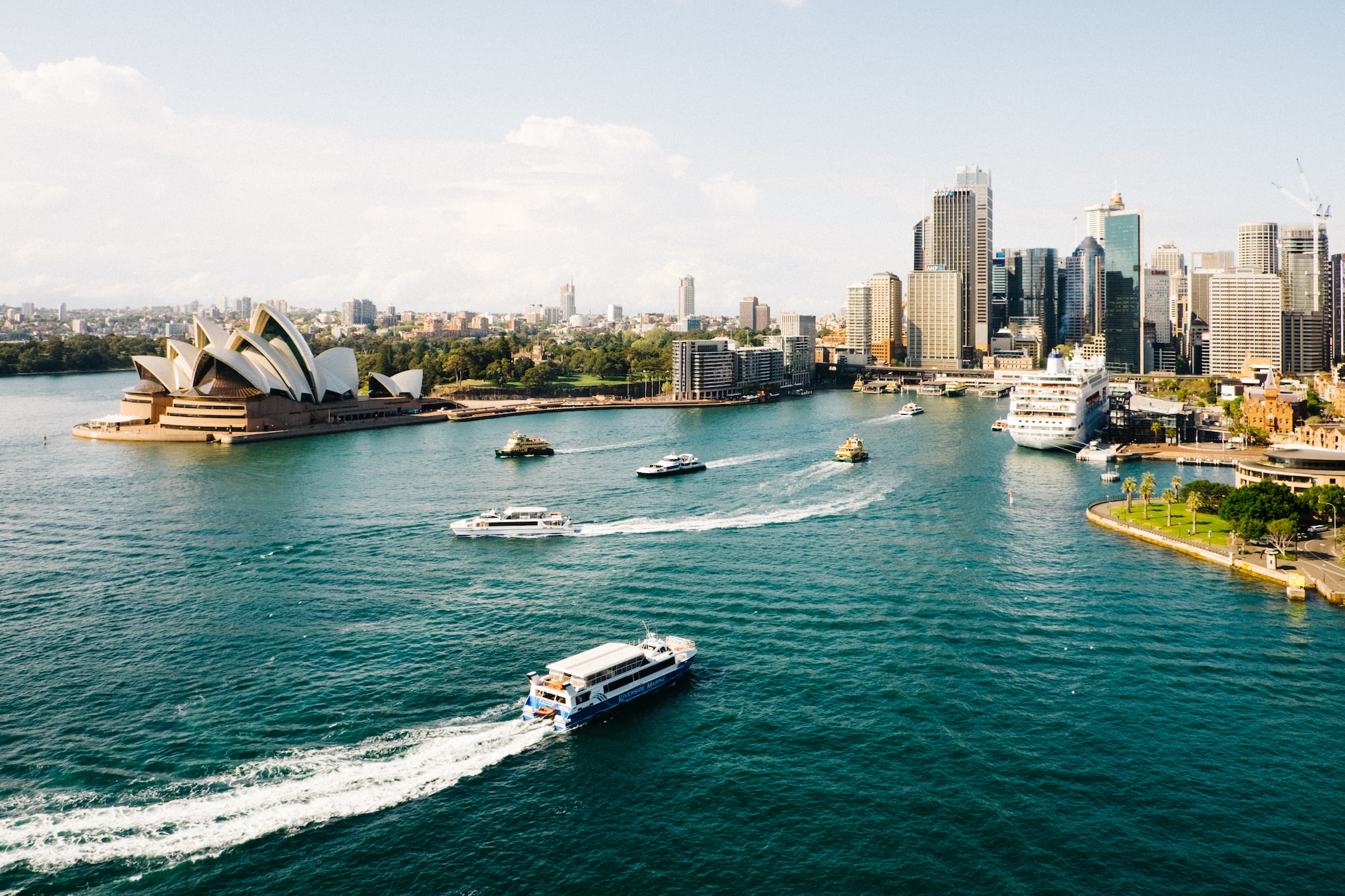 See also: Things to Do in Sydney Sydney, where the sunlight beckons you towards its indiscriminating warmth, covering the street, it's people and the city in an enviable natural filter