See also: Best Things to Do in Pittsburgh

A former industrial town that has been transformed into a fine residential city with one of the fastest growing gourmet industries in the world, Pittsburgh should definitely be on top of the must visit lists of not only the most dedicated foodies, but all avid travellers. Set against a picturesque confluence of three major rivers, this idyllic town will make you fall in love with the wide avenues, converted warehouse spaces and chic shopping districts. Listed as one of the most liveable cities on the planet on multiple occasions, Pittsburgh might just surprise you with its alternative charms.

The compact districts of the city are all very walkable and devoid of excessive vehicular traffic. The efficient public transport, which also includes the unique city inclines, has made travel hassle free and ensured that no part of Pittsburgh remains off limits. It then widens your options in terms of choosing an accomodation for your stay. But that's where we step in. Here, we have listed some of the best neighbourhoods of Pittsburgh and what they might have in store for you, traveller!

Sitting atop the meeting point of the three major rivers that pass through Pittsburgh, the Downtown district is the place for first time visitors. It is an equally great starting point for travellers looking to uncover all the layers of cultural fabric that make up this majestic former industrial hub. A quick tour of the Fort Pitt Museum will help you catch up on the history of the town and by the end of that, you will be well positioned to wander into the streets of the city putting that knowledge to good use. The central plaza of Market square is where you will find all that's great about the gastronomy of Pittsburgh: the best steakhouses and fine dining restaurants that will keep you coming back for more.

Downtown Pittsburgh is a rather compact area and is best explored on foot, with the plaza being a great meeting spot. A walk along the waterfront of the neighborhood can turn into quite a viewing experience with the city's sprawling skyline (which also features the 256 metres tall US Steel Tower) in the offing from either side. The tip of the neighborhood, the exact point where the Monongahela and Allegheny rivers meet the Ohio river is the venue of the Point State Park, one of Pittsburgh's finest green spaces. Visit for a break from the bustling crowds and fresh air, or a walk along the Three Rivers Heritage Trail, or a bike ride in the lush surroundings.

Port Authority of Allegheny County's light rail subway, otherwise referred to as the T, has stations at the First Avenue, Steel Plaza and Station Square. The neighborhood is also well connected through road and the Duquesne and Monongahela inclines. As a central business district of the city, Downtown Pittsburgh has the most number of options to choose from in terms of accommodation.

Another great part of the city to stay in with your family has to be the waterfront district of North Shore, the only neighborhood on this list north of the Ohio and Allegheny rivers. North Shore has some great entertainment venues that you can visit with your family; the Carnegie Science Center and Planetarium, with their stunning night sky shows and science exhibits and the Andy Warhol Museum, housing the pop-art works of the Pittsburgh-born artist Andy Warhol top the list. You can also always head over the beautiful riverfront for strolls in the green parks that run along it.

The North Shore is also the centre for all sporting activities in Pittsburgh, with both the local football stadium, Heinz Field and the baseball field PNC Park located in the vicinity. Both of these establishments have a great range of activities to do in and around the grounds. The presence of several eateries and sports bars offer a great atmosphere for sports fans looking to enjoy a game or simply the company of fellow sports enthusiasts. The plaza outside the PNC Park has a bronze statue of former Pirates star player Willie Stargell and a nice outdoorsy setting for a takeaway lunch in the midst of a hectic day of sightseeing.

The neighborhood is connected to Downtown Pittsburgh through several steel bridges, including the iconic Roberto Clemente Bridge. You will not have to work too hard to find a nice waterfront hotel in North Shore.

Adjacent to Downtown Pittsburgh, running along the Allegheny river is the most artsy part of the city: the Strip District. Red brick warehouses that line up the major avenues of the neighborhood have been converted to house some of the most iconic brands to have originated here. Be it the Primanti Brothers of the now renowned Primanti sandwich or a slew of old-style grocery houses, Strip district has it all. You simply cannot miss out taking the walk down every single street of this very hip neighborhood. And it's not just about the restaurants and stores either; such stunning buildings as the 1891 St. Stanislaus Kostka Church and the Byrnes & Kiefer Building and inspired street murals are all added bonuses.

Coming back to the merchandise though, the polish delis and restaurants in Strip district are simply not to be missed. Not only do these places serve some of the most wholesome meals in all of Pittsburgh, they are also the best place to enjoy some pierogies and kielbasa, snacks that have become synonymous with the city's food culture. Coffee and spirits are among other specialties that do not get any better than the ones that you are likely to find in Strip district. Boutiques and home-grown businesses offer a great range of offbeat style merchandise that only furthers the Strip District's alternative appeal.

The neighborhood is fairly close to the Downtown part of Pittsburgh, making it fairly easy to access through public transport. The closest major hub for transportation is the Pittsburgh Union Station. Hotels should be easy to find, but you can also look for rental apartments and Airbnbs as Strip District is heavy on industrial apartments and cozy lofts.

Pittsburgh is known to have harboured a vast and dynamic gourmet industry for long now, and it is the former industrial neighborhood of Lawrenceville that is at the centre of it all. The number of restaurants that can be found in this relatively bigger district is off the charts as a high quality eatery will spring up at literally every corner. Starting from the hotdogs at the Franktuary, the breakfast menu at the Coca Cafe, or the huge portions of mexican at the Smoke BBQ Taqueria, there are simply too many things that you simply cannot miss out on trying. Butler Street is the main thoroughfare where you will find some of Pittsburgh's top brand names in the food business so make sure you drop by every time you have a craving.

The presence of several bars also makes the neighborhood the best place for travellers seeking an active nightlife. The likes of Spirit Lodge and Belvedere's Ultra-dive Bar draw huge crowds looking to enjoy a wide range of drinks and late night parties. The most popular destination for local brews however has to be the Church Brew Works; housed in a former red brick church building, this iconic establishment has been operational since 1996 and one of the most recognisable buildings of the city. The Arsenal Bowling Lanes and Kickback Pinball Cafe, quite in sync with the boho vibe of the neighborhood, round up the list of top entertainment options in Lawrenceville.

The neighborhood was revamped with an aim to appeal to an eclectic crowd, and today, is home to the most diverse population making it a great place to stay in if you are looking to socialise with the locals. Getting a rental apartment of bed and breakfast should be your go-to option here. Lawrenceville is serviceable through as many as six bus routes and is easily accessible through a personal vehicle or hired taxis.

The largely residential district of Squirrel Hill is the top choice for families and travellers looking for a relatively quieter vacation setting. The neighborhood is surrounded by lush parks that offer the perfect setting for an afternoon picnic and endless walking trails. The Frick park on the eastern end of Squirrel Hill is particularly impressive, with its creeks and rustic forest trails being a popular choice. Do not mistake the neighborhood for a downer in terms of shopping and dining department though. The neighborhood has many independent boutiques and home-grown designer stores spread across the several picturesque avenues offering a chance for an upscale shopping experience.

Squirrel Hill also has a sizable Gen Z population owing to the presence of university campuses, making it a great place for younger travellers as well. Several nihe restaurants have come up in the neighborhood to cater to increasing demand of the diverse student crowds, with everything ranging from South Asian to European cuisine being available all in the same space. Murray Avenue is lined with pizzerias and ramen bars that are thronged by the younger crowds as well.  The Manor theatre, also located on Murray Avenue is one of Pittsburgh's oldest establishments and screens curated independent films and documentaries. A stroll down the main street then, should be at the top of your to-do lists.

Squirrel Hill is only a short drive away from the city and center and is fairly easy to access both through public transport and hired taxis. You might not have an extensive list of hotels based in the neighborhood, but finding a nice accomodation or homestay in the vicinity should not be too hard either.

The out and out shopping centre of Pittsburgh is Squirrel Hill's adjacent neighborhood, Shadyside. Much like it's predecessor on the list, this forms the quieter part of the city with large residential districts and numerous unscaled shopping boutiques interspersed all over. An upgrade on Squirrel Hill, however, has to the presence of shopping complexes housing not just home grown designer stores, but also some of the biggest international brands in the line of clothing merchandise. While shopping in Shadyside, your options simply multiply as you have a freedom of choice that no other part of the effluent Pittsburgh has to offer.

Shadyside is also fairly close to Bloomfield, an artsy cultural enclave marked with distinctly Italian eateries. Pizzerias and trattorias are the norm in this very popular sub-district and people travel from all corners of the city for their takeaway slices of pizza and cappuccinos. The gourmet industry has expanded into accommodating several Americanised eateries including burger joints and hop cafes that draw in the hue Gen Z and university crowds. The central Liberty Avenue is a great meeting place as you can go shopping with your friends owing to the presence of several book stores, music shops and inexpensive clothing. Rest assured, you will never run out of things to do in this part of the town.

Relatively cheaper than some more mainstream neighborhoods, you should be able to find a great homestay or rental studio apartment without having to sweat too much. Shadyside is centrally located and easy to access from all other parts of the city.

That's all from our side, traveller! Choose the neighborhood that best suits your vacation idea and get packing for your visit to this unique gourmet capital! 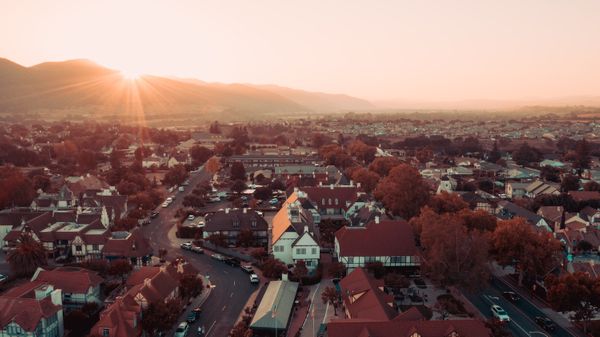 Nicknamed as the Danish Capital of America, Solvang is a city located in Santa Barbara County in California. The lovely town has a population of about only 5000 people, according 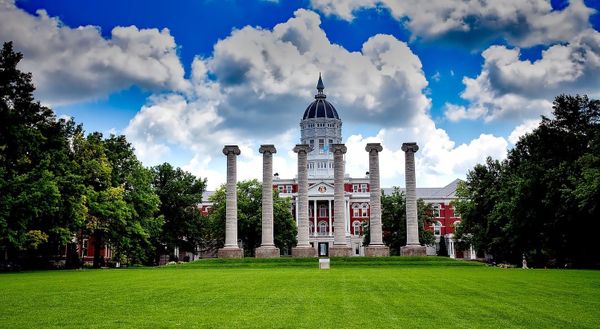 Founded in 1821, Columbia is a trendy college town in the United States of America in the state of Missouri. Located in the centre of the state, the city offers