See also: Things to Do in Melbourne

One of the best known cultural centres in the part of the world, Melbourne can be a wild ride for travellers with a multitude of opportunities staring you right in the eye. From its bustling beaches to historic neighborhoods to a wide range of cuisines, lively shopping and nightlife districts, your list of options is quite literally, endless. The gentrification of the city into one of the most livable cities on the planet has only added to its appeal to travellers from all across the globe. With that, here are our top picks from the numerous neighborhood options to choose from in Melbourne.

A comprehensive guide for a city as diverse and complex as Melbourne is then bound to come in handy for your travel. While the central district along the northern bank of the Yarra River, home to such iconic landmarks as Collins Street, Queen Victoria Market, Federation Square among others, needs little introduction. The CBD is one of the most convenient locations to stay but hotels are often more expensive than some of the other areas of the city. The transit line network leaves no part of Melbourne city inaccessible and that just opens the door for staying options wide open

Not far off the city centre (a little northward) is the lively neighborhood of Carlton. Lively is a word that is at times, thrown away lightly, but that is not the case here. With a large number of student population in the neighborhood crowding the picturesque streets, most of which are lined with cafes and bookstores, there is never a dull moment in Carlton. For the best dining experience, visit the smaller precinct of Little Italy on Lygon Street. The area is home to the best pizza houses and casual Italian diners in all of Australia.

Do not however be fooled by the casual vibe of the neighborhood as Carlton is also home to some of Australia's most iconic buildings and structures. Drop by for a show at the La Mama theatre (best known to be the hub for contemporary drama and theatre across the world), or  take a tour of the Melbourne Museum or the Royal Exhibition Building. The last of those sites is situated at the World Heritage site of the Carlton Gardens, which is  a perfect locale for an afternoon stroll of a family picnic.

At least three tram routes operate through Carlton making it easily accessible. Affordable staying options too should not be very hard to find in the neighborhood.

Travel a little South of Carlton and you will.find yourself on the banks of the Yarra River. And the best neighborhood to explore in the area is modern-looking Docklands. Known otherwise as Melbourne's harbour district, Docklands has its own unique experience to offer tourist and travellers. The banks of the Yarra River have become a hotspot for waterside dining options and a sleuth of restaurants and cafes have opened here. Drop by at one of these establishments (or the nearby Central Pier sunset point) in time for the sunset to experience the wonderful view of the Yarra River at twilight.

Docklands has been a centre for modern art in Melbourne and has several modern art exhibits spread across the streets and other open spaces in the neighborhood. Challenge yourself in spotting as many of these exhibits as you can. And end you day with a ride of the Melbourne Star, the giant ferris wheel that has become Docklands' major tourist attraction. There are few things that will match up to the breathtaking view of Melbourne city from the top.

Docklands is serviceable through both the tram service with the City Circle Tram being the major station and the City loop subway and rail network of Melbourne's Central Business District. As a major business district of the city, Docklands offers numerous options in terms of hotels and staying options.

One of the earliest residential neighborhoods of Melbourne, East Melbourne is a treat for the senses. Lush green parks, old Victorian townhouses and mansion, and the newer terrace houses make up the stunning looking part of the city and is perfect for a quaint stay. While in the neighborhood, you can enjoy the rich history of Melbourne by touring one of the many townhouses that have been turned into galleries and private exhibits for an intimate experience. Or drop by some of the more iconic landmarks including the Parliament building, the Eastern Hill Fire Station Museum, and the Melbourne Park Stadium.

The terrace houses and art galleries have bled into the adjacent neighborhood of Fitzroy, which has a more bohemian vibe to it. The crowd is younger and the atmosphere more multifarious. You can find something for everyone on Fitzroy, which has attracted crowds for its shopping district and nightlife (at Brunswick Street), artsy corners and artistically inclined marketplaces (the Rose Street Art Market). A weekend mini-getaway to Fitzroy during your stay in Melbourne is bound to revitalise your senses.

East Melbourne is serviceable by the tram at the Wellington Parade and Victoria Parade stations, while Fitzroy also falls on the tram route 11. While hotels are in plenty, they get better in and around Fitzroy.

Iconic centres including Arts Centre Melbourne, Melbourne Theatre, and the Recital Centre has attracted crowds to the southern bank of the Yarra River for long now. Southbank is one of Melbourne's most populous districts and has become the main business centre south of the river. It is also the venue for the famed Ophelia statue, one of the most photographed in the entire city.

The neighborhood's prominent footbridges and promenade is the best for outings as they offer the best shopping and eating options in the neighborhood. Try out some of the trendy bars in Southbank, which serve an exclusive range of craft beer. You can also enjoy one of the many river cruises in the offing at the Yarra River to cap off the prefect stay in the waterfront neighborhood.

Several tramlines including line 1 run through Southbank, making it an easily accessible part of the city. With its reputation as one of the main business districts of Melbourne, finding a hotel should not be a problem either.

Far south of business district of Melbourne lies the sleepy neighborhood of Elwood. Cut off from the city's hustle and bustle, the quaint neighborhood is best for the ones looking for a quiet holiday on the beach. The Elwood beach is a popular summer destination and hosts a lot of seaside activities including windsurfing and a game of beach volleyball every now and then. Elwood is a perfect setting for a weekend holiday, where you can wander around the large avenues on the rented bicycle or walk down the leafy pedestrian walkways, enjoying a quiet afternoon.

The Elwood Canal (Elster Creek formerly) is also the perfect setting for a nice walk. Aside from the picturesque path that runs along the canal, you will get a chance to marvel at some of the msg luxurious residential buildings of Melbourne, mostly built in Edwardian style of architecture. The main avenues and meeting points have a host of cafes and restaurants to choose from. The neighborhood is as alive late into the evening as it is at dusk and finding a place to grab a bite at any point in the day should not be a trouble.

While the neighborhood is not directly serviceable through the tram, there's a station at the northern end which makes Elwood accessible. You can always rent a bike and ride your way into the neighborhood through the elaborate cycling track. Look for a sea-facing hotel while in Elwood for the best experience.

Much like the waterfront at Elwood, the adjacent neighborhood of St. Kilda is bustling with activity with jet skiing, windsurfing, and outings on a yacht being the most common. While in St. Kilda definitely pay a visit to the Luna amusement park and the neighbourhood's eponymous sea baths, which comprise hot bathing pools and spa treatments and the nearby Esplanade open air market for all and every kind of souvenir and gifting options.

Dining options are in plenty in St. Kilda, but the European diners and bakeries warrant a special mention. The neighborhood, while not as diverse as it once used to be, still has a great mix of cultures. It was a centre of many developing sub-cultures and movements, but a well documented period of gentrification has led to St. Kilda become a mostly upper class neighborhood. Be on the lookout for grand housing and Victorian style buildings while in the neighborhood. The remnants of the alternative free-spirited cultures survive in the several artsy theatres, cinema halls, regular pride marches and live music festivals, all of which add to the vibrant nature of St. Kilda.

Move a little north of St. Kilda for a different Melbourne experience. The neighborhood of Prahran has its own village vibe to offer you a hassle free stay in the city. The neighborhood has been an up and coming district for the dining and nightlife industry. You can find almost all sorts of cuisines in the ever increasing number of quirky homegrown establishments Prahran, offering a wide range from South Asian to Greek and other European options. The large public parks and green spaces of Prahran are also perfect for day-outs where you can marvel at public art exhibits, enjoy a game of lawn tennis or go for  an afternoon stroll.

Prahran also has the liveliest nightlife in all of Melbourne. With several bars and nightclubs (Holy Grail, One Six One, and Love Machine being a few notable examples), you can stay out late and experience Melbourne in a whole new light. Also, do not miss out on the shopping options in Prahran, especially at Chapel Street which has several vintage and chic stores and boutiques offering a wide range of products to choose from. Prahran is serviceable through tram on lines 5, 6, 64, 72 and 78. The best hotels in the neighborhood are centred in the eastern part of the district.

If you do not experience the live music scene while in Melbourne, you're doing things wrong. And there is no better place to explore the history of Australian indie music than Collingwood. The neighborhood which has hung on to its blue collar origins dearly has had a rollercoaster in the twentieth century. Resisting gentrification in order to preserve its unique culture, the neighborhood today hosts some of the best bars, cafes, and retail stores in the same warehouses and old buildings that characterised it in the 1900s.

The best of these: the Tote, the Gem and Bendigo are today the most sought after restaurants for love music in all of Melbourne. The Tote, in particular, has been at the centre of Australian music scene for long now and definitely warrants a visit. Even aside from these mentioned, every small and independent establishment in Collingwood is bound to surprise you with its unique character and hipster charm. Plan a stay in the neighborhood and let it surprise you!

Tram routes 86 and 109 pass through Smith Street and Victoria Street, Collingwood respectively. The neighborhood also has some of the most affordable living options in all of Melbourne.

That's it from us. Here's to hoping that you find the most suitable stay for your trip to the cultural capital of the world down under! 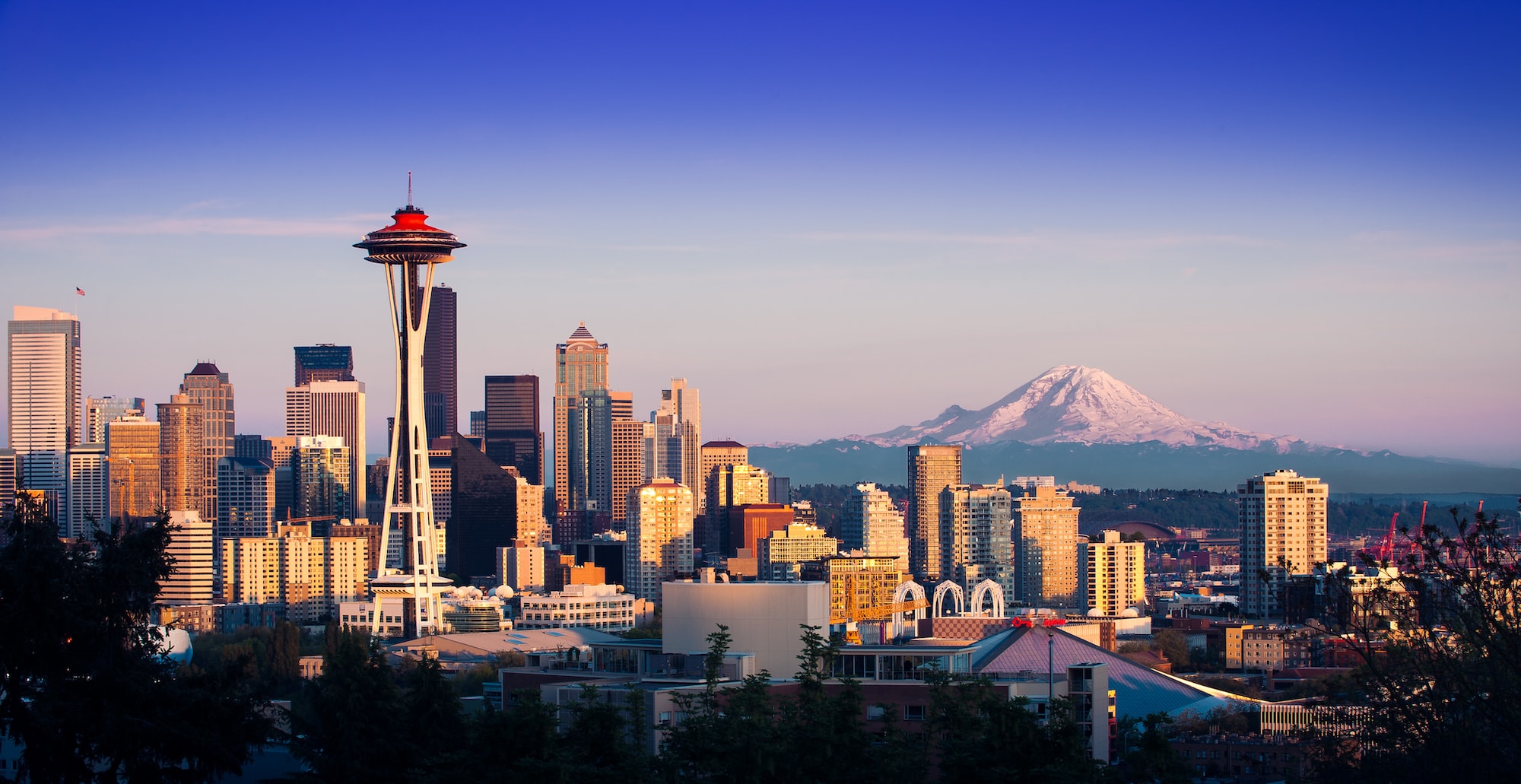 See also: Things to Do in Seattle The seaport city of Seattle has long been known as the fastest growing cities in all of the United States. Home to a 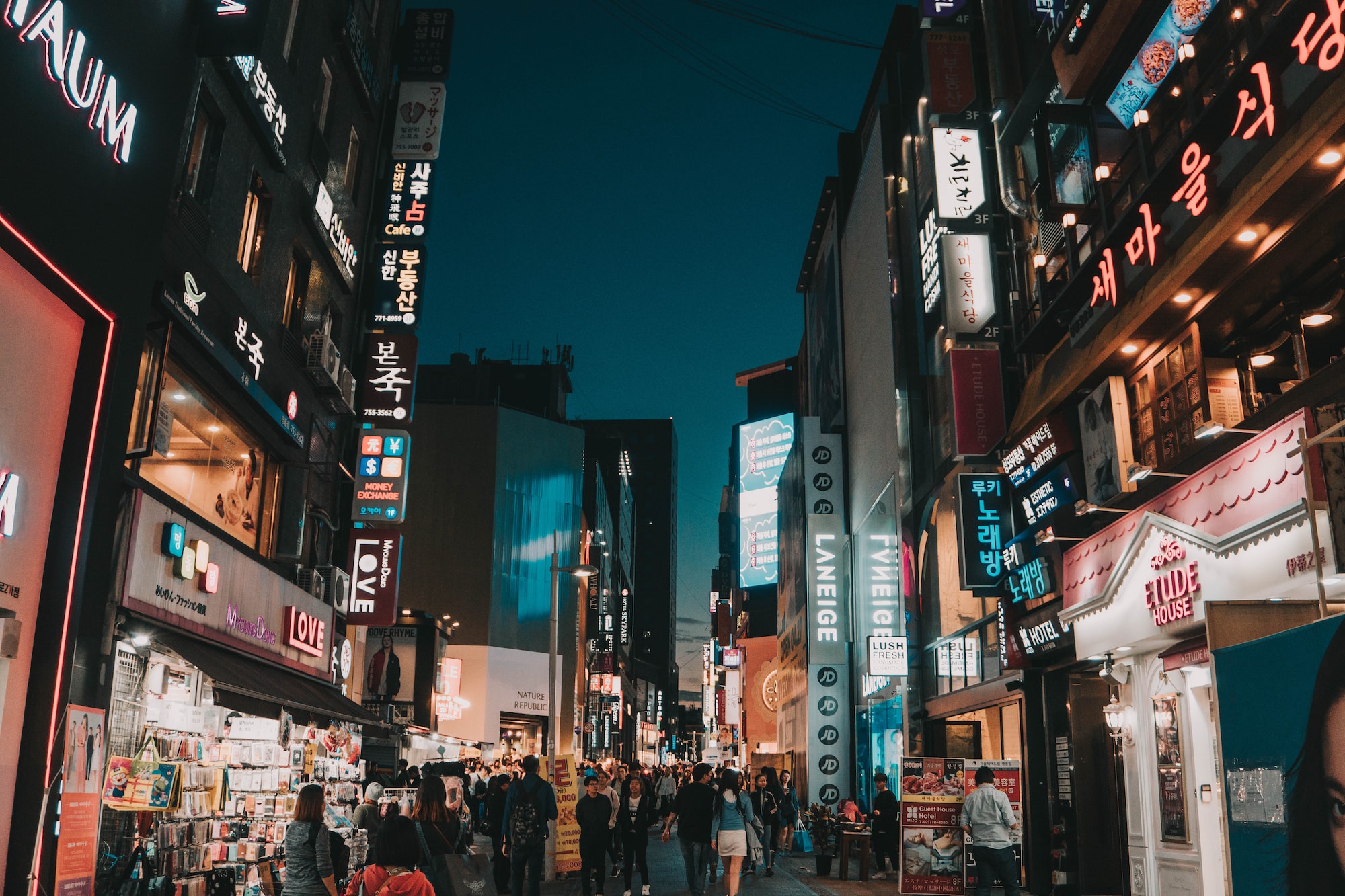 See also: Things to Do in Seoul If you are looking to dive into the South Korean culture and get a taste of the diverse country, there’s no better