See also: Best Things to Do in Kobe

Perched in the middle of Osaka bay and the stunning Rokko mountains is the port city of Kobe, one of the first centres for international trade in Japan. It has since developed into a truly cosmopolitan, with an ever increasing knack for attracting travellers from all over the world. Kobe's natural side boasts of the best hiking trails and hot springs, while the city's business districts have developed an eclectic charm of their own. The gourmet industry has only expanded, and today, offers much more than just the city's famed steakhouses and sake bars.

Kobe, in short, has something for everyone. And the city's compact design and efficient public transport means that all these attractions are just a stone's throw from each other. That said, it is still important to choose the right neighborhood to choose for your stay in a city as dynamic as Kobe. And we are here to help. Here, we have listed some of the best neighbourhoods of Kobe and what they might have in store for you traveller!

The central ward of Hyogo is one of the most popular destinations for travelers looking for a little bit of everything that Kobe has to offer. Where the downtown part of the city or the Shinkaichi area offers endless modern entertainment options, the quieter streets and alleys of the neighborhood carry a surprising amount of history with them. Once home to vastly popular theatres, Shinkaichi today houses, in its historic buildings, many shopping complexes and multiplexes and some of the city's best restaurants. The neighborhood also has many clubs and bars that definitely warrant a visit.

A historic part of the city through and through, Hyogo has some of Japan's oldest Shinto and Buddhist shrines. The Nōfuku-ji temple, which houses an 11 metre tall Buddha statue and the Yanagihara Ebisu Shrine, the venue of the Ebisu festival are two of the most popular spots from amongst them. The Egeyama park is a picturesque setting for an afternoon picnic, with its many cherry blossom trees and lush green surroundings. Inland water bodies and small rivulets make for equally impressive locales in the northern part of the neighborhood. Many sporting clubs and outdoor restaurants have sprung up around the area adding to the natural appeal.

The central neighborhood is serviceable through the JR Kobe Line, and the Kaigan and Seishin-Yamate lines of the Kobe Municipal Subway. A central business district of the city of sorts, Hyogo ward has many hotels and homestays to choose from.

Quite a few things come together in Nada, a northeastern ward of Kobe which lies at the foothills of Mount Rokki. The neighborhood is not only a rich cultural centre, but also home to the city's vast and famed sake (rice wine) industry. The rather compact Sake Brewery Street will have you bump into a sake brewery at about every corner. Most of these establishments offer tastings, and you can always visit a more extensive outlet like a museum, Hakutsuru Sake Brewery Museum for instance, to further learn about the fermentation process. Most stores have the tools and equipment involved in the craft, which dates back to almost 7 centuries ago. All of that, combined with the laid-back environment offers an old-worldly charm to this part of the city.

The area is blessed with a great natural scenery, which boasts of lush hilly terrain interspersed with rivulets all over. The flowing water sources were key in the setting up of sake breweries in the area as they were used to run the heavy mills. For the best views of the serene setting, find your way to the top of Mount Rokko, which is accessible both through short cable car rides and hikes. The Rokko Garden Terrace and Rokkosan Tenrandai are landscaped gardens, tea shops and cafes that are perfect venues to spend a few hours at once you're on top of the hill. And if you're travelling during the winter season, make it a point to pay a visit to Mt. Rokko Snow Park.

The neighborhood is accessible through the JR Kobe and Hanshin Lines, with the latter being in close proximity to major attractions. Once in Nada, you can find your way around on foot as it is a rather compact area. Hotels and resorts should be easy to find here.

The larger Kita ward in the central part of Kobe is the hotspot for travellers looking to get in on the sporting action. Skiing and hiking options are the major draws in the neighborhood, which is also home to the highest peak in the region, Mt. Rokko. The Rokko Snow Park, with its artificial snow, attracts travellers looking for snowboarding and skiing action throughout the year. Perfect for a weekend getaway, this part of the city offers a complete disconnect with the cityscape. If you're not in it for skiing, challenge yourself to the many hikes that are in the offing or visit the Kobe City Forest Botanical Garden not far off.

Finding a classic Japanese establishment serving the best local cuisine or izakaya should not be too hard in and around the ward's residential and business areas. And you can always get take-out and visit one of the many green spaces and have the perfect picnic under a cherry blossom tree. And top it all off, end your vacation with a trip to one of  the neighborhood's most precious gems, the Arima Onsen hot spring resort. Visit the resort for its tranquil hill-top village setting, which will take you away from the bustling city crowds onto a real relaxing vacation. The streets and marketplaces around really round up a nice village atmosphere that will keep you invested in the whole experience for long.

The neighborhood is accessible through the Arima Line of the Kobe Electric Railway. Hotels should be easy to find, but you might want to explore the hotspring and ski resort as preferred staying options.

The waterfront Chuo ward is home to some of the dynamic parts of the city and are fast becoming a hub for travellers looking for a wholesome gourmet experience! The centrally located Chinatown is at the centre of most activities as not only does it serve as one the city's most popular cultural enclaves, it is also the hub of the best Cantonese, Sichuanese and fusion restaurants. Visit the compact space and discover some exciting prospects for your taste buds while hopping from one food stall to the other. The neighborhood also has some of Kobe's best signature steakhouses, which you should not miss out on. Most of these establishments stay open till late, and added with the several bars and clubs in the vicinity, make for a lively nightlife scene.

The neighborhood is also great for shopaholics, with several malls and shopping centres crowding the southern end. Sannomiya has many retail and department stores and under-ground marketplace hosting homegrown eateries serving the best sushi and Kobe beef, which attracts international travellers and locals alike. Kobe Harbourland is a more eclectic entertainment area, with shopping malls and old harbour buildings and warehouses that have become landmarks of this part of the city. Another iconic marker of the city, the Kobe Tower is also situated right next to the Harbourland. Visit the observation deck of the majestic skyscraper for sweeping views of the city.

Kobe-Sannomiya Station connects the neighborhood to other parts of the city through the Kobe Municipal Subway and Hanshin Electric Railway. The neighborhood is popular with travellers and hotels are in plenty and offer a nice range of options ranging from luxury to more affordable options.

And for all the talk about the hill-tops and hot springs, Kobe is after all a bayside city. With that comes the prospect of a beachside vacation and the city does not disappoint. The western ward of Suma has attracted travellers to the eponymous beach and seaside park. Just outside the city centre, the laid back area is perfect for the beach bums; you can go swimming or sunbathing all day long, or indulge in a game of beach volleyball on this vast sandy strip.  The sea-facing bars, serving all forms of alcoholic and non-alcoholic beverages and seafood shacks only add to the appeal of the neighborhood.

The neighborhood also has a stunning broadwalk running along the bay which offers breathtaking views of not only the waterfront, but also the grand Akashi Kaikyo Bridge. Picnics in the cherry orchards of Suma and day-long expeditions into the Yokko and Takao mountains are other popular activities that you might want to take up during your stay in the neighborhood. The Aquamarine centre, which hosts the city's famed dolphin shows, a nearby amusement park, recreational centres and sports complexes will also ensure that you never run out of things to do in the otherwise sleepy-looking neighborhood of Suma.

The Suma and Sumakaihinkōen stations make it an easily accessible part of Kobe, just a short train ride away from the city centre. You will not have to sweat it out too much while looking for a hotel in Suma either.

Just east of the mountain-heavy Nada, tucked away into the eastern-most corner of Kobe, is the largely residential Higashinada ward. This part of the town is fast becoming the hotspot for the city Gen Z population and it is all because of the presence of several university campuses. Students and younger crowds throng the casual eateries and bars around the central part of the ward and the ones on the Rokko Island, connected to the mainland by the majestic Rokko bridge. The island is also the venue of the Kobe Fashion Museum, which has several interesting exhibits from both western and native designers. The museum is surrounded by lush green public spaces that are perfect to take in the island's fresh air and enliven you in the middle of a long day.

Back on the mainland, you will find other impressive museums and galleries including the famous Kosetsu Museum, which houses fine Japanese artefacts and calligraphy exhibits. And that's not to discount the natural bounties of the region. Higashinada, much like it's neighboring wards, has the overbearing presence of Rokko mountains and offers a few interesting prospects. Walking trails in and around the hilly parts of the neighborhood are a great way to spend a day with your family, with them not being as challenging as some of the other all-out hikes. You will also get a chance to visit a few shrines while on these mountain expeditions. Some of these complexes offer great views of the bay so be on the lookout!

The neighborhood is serviceable through both the JR Kobe and Hanshin Main Lines. Rokko Island, on the other hand, is accessible through the monorail Rokko Liner. You should not have too much trouble finding a nice homestay and/or waterfront hotel, or one on Rokko Island.

That's all from our side, traveller. Here's to hoping for a very pleasant stay for you in the bayside city! 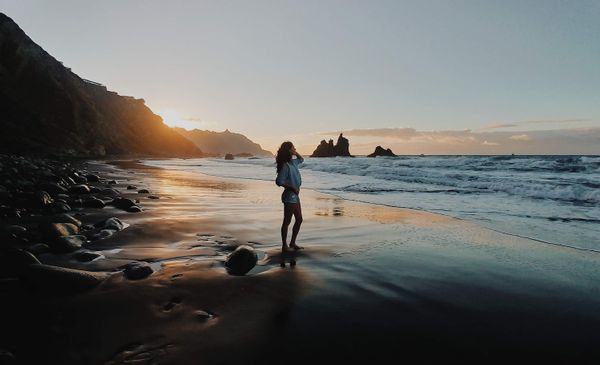 The largest of the Canary Islands, Tenerife is a dream vacation paradise. Exquisite resort towns and vast sandy beaches might come across as the major highlights at the first glance, 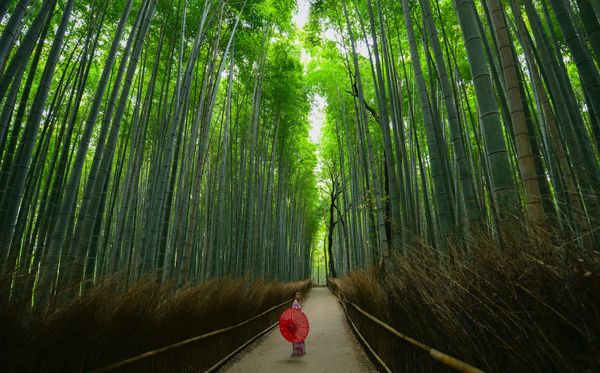 See also: Best Things to Do in Kyoto Arashiyam (which literally means the “storm mountain”) is a district located on the western outskirts of Kyoto, the present-day seat of Japan’