See also: Best Things to Do in Kansas City

Tucked away into the western corner of the state of Missouri is Kansas City, an underrated vacation prospect that packs a number of unique experiences. The three Bs—barbeque, baseball and blues remain to be the city's major draws, but there's plenty more to look forward to as well. Vast shopping districts, a serene waterfront and picturesque fountain-laden plazas make for great stop-overs during your sightseeing tours. In short, you will never have to worry about running out of things to do while in Kansas City.

The city's major transportation hub, the Union Kansas City Station is situated right in the heart of the city, offering easy  accessibility. An efficient public transport system has also made commuting hassle free in an already compact city. You will still have to plan your trip well, and it all starts with choosing a place for your stay. And we have come up with a guide for you. Here, we have listed some of the best neighbourhoods of the city and what they might have in store for you traveller!

Constituting smaller enclaves and sub-districts, Kansas City's Downtown is definitely the most dynamic neighborhood of the metropolitan area. The Power and Light District in the south is the busiest, with visitors and locals thronging the city's major sporting and concert venues—the Sprint and the T-Mobile Centres. The glitzy neighborhood is also home to several steakhouses and trendy sports bars, only adding to the sporty appeal. Nearby, the Garment District has been recognised as a heritage site and commemorates the rich past of manufacturing with monuments. Many old industrial buildings have also been repurposed, with home-grown restaurants running out of them

The cityscape in Downtown is in itself an expression of the city's urbane yet artistic vibe. Most major thoroughfares of the city centre are crowded by modern entertainment options including chic shopping arcades, independent art galleries  and some great fine dining restaurants and continental kitchens that offer a wide range of cuisines. The neighborhood is also the go-to place for people looking to explore the city's nightlife as Downtown also has the maximum number of nightclubs and basement bars. The extremely popular Kansas City Live! plaza is home to many of these aforementioned clubs; it also has an outdoor stage for hosting music concerts and live acts.

As a central business district, Downtown is one of the easiest parts of the city when it comes to accessibility. The Metro Area Expression is the best to travel within the neighborhood as it runs frequent buses between all major stop-overs. Hotels are in plenty and among the finest that the city has to offer.

The compact neighborhood of Crossroads, situated in the heart of Kansas City is the cultural capital of the region. The neighborhood is best explored on foot; you will enjoy the walks and have a chance to marvel at the urban landmarks and multiple sites from the National Register of Historic Places including the TWA Headquarters and Western Auto Building. Much of the sightseeing does, however, fade in comparison to a visit to the Kaufman Centre—one of the biggest cultural institutions in all of Missouri. Home to Kansas City Symphony and Ballet as well as Lyric Opera, the Kaufman Centre offers an unparalleled performing arts experience and should not be missed.

And the major landmarks are only the tip of the iceberg. Crossroads has many smaller independent art galleries, exhibition halls and independent businesses that are worth checking out; the Anne Garney studios, the Affäre gallery, Studio Above and Coki Bijoux Jewellery are some of the top choices from amongst a seemingly endless list. A burgeoning gourmet industry centred around the Southwest Boulevard has become another major draw for Crossroads in recent times. Spend your evenings in the locality, trying out the many traditional Kansas City Barbeques, local breweries and casual coffee shops.

Crossroads lies in a prime location within the city centre, with just the Jay B. Dillingham Freeway separating it from the Power & Light District. It is also a stone's throw from the Union Kansas City Station, making it a great stop-overs for intra-city travellers as well. As an aside, you can time your visit to coincide with the lively First Fridays Events, which include outdoor festivities, outdoor art exhibitions and food stalls.

Kansas City sits on the southern bank of the Missouri River and owes a lot of its cultural heritage to the beautiful riverside.  And there is no better place to enjoy the waterfront than the historic River Market district. Dating back to the 1820s, this former French trading post is not one of the most vibrant parts of the town as most of the gigantic warehouses have been repurposed as independent boutiques, fashion retail outlets, quirky cafes and the most exquisite global eateries. With more number of options than you can probably handle in one single trip, River Market is the real hub of Kansas City's famed gourmet industry. Lush waterfront clubs, direct farm-to-table restaurants, artisanal bakeries, name it and you the neighborhood has a place for you!

And that's without even mentioning the pleasure of commuting from one stop to the other here in River Market. Laden with serene cycling tracks and waterside trails, this part of the town is a delight to travel in. Get a rental bicycle and wander away on your daily excursions and boutique  or restaurant hopping sprees without ever having to worry about running into the bustling crowds of the Downtown districts. If you find any time to spare from all the shopping and trying out the local delights, pay a visit to the Arabia Steamboat Museum, built in a recovered ship that now showcases artefacts from River Markets vast and eventful past.

River Market is actually one of the few great spots to hail the KC Streetcar services from. The transit lines for the streetcar network runs from the neighborhood all the way across downtown, making travel hassle free and a unique experience. The central plaza hosts a weekly farmer's market known for selling gourmet local produce; streets tend to be crowded on the given day in River Market.

Located just south of Downtown is Kansas City's main shopping district of Crown Centre. The vast neighborhood is centred around the gigantic namesake mall, which sits atop a stunning plaza dotted with beautiful fountains and sitting benches. The first stop inside the complex has to be the Halls, a 100 year old merchandise and departmental store specialising in clothing lines, jewellery and houseware. Other international clothing brands and restaurants chains outside the Halls are the other major draws that contribute to the making of Crown Centre's own shop till you drop experience.

Crown Centre also has a few great family outing stops including the beloved LegoLand amusement park and the 4D cinemas with regular shows. The ground outside has smaller amusement centres, ice cream parlors and candy centres. The nearby cultural institutions of Hallmark Visitors Centre and Coterie Theater are the neighborhood other few must-visits. While the former has a few great exhibits, the latter stages productions from varied local talents. The Crown Centre Square is a good place to start your day from; find your way  to the Grand Boulevard, the site for most aforementioned sites.

Owing to its proximity to the city's central train station and Downtown, Crown Centre remains easily accessible through all major means of public transportation. Crown Centre is a great place for a luxury stay as some of the city's top hospitality names are located in the vicinity.  But you can dodge the expensive prices and should be able to find a nice homestay or rental apartment in a nearby residential district.

At a stone's throw from Crown Centre is the major transportation hub of the region, the Union Kansas City Station. Not only is this the perfect place for people looking to stay in the midst of the urban crowds, but also great for travellers looking to enjoy the city's alternative sporting venues and explore a little bit of history. First things first though; the Union Station has been transformed into a major entertainment centre following a massive restoration project. Its majestic arcades and grand halls are architectural feats worth marvelling at; the station is also the venue for several renowned exhibitions, a science center and the city planetarium.

The historic capital of the neighborhood doesn't simply end with the Union Station building, as the neighborhood is also home to the Liberty Memorial, States' only World War I public museum and memorial. Drop by for guided tours or wander about on your own, walking across the poppy field to the halls featuring exhibits, related artefacts and photographs. The site is located in the middle of the sprawling Penn Valley Park, a multipurpose space which is great for afternoon strolls and quick getaways; the park also has an open air theatre, a skateboard deck, tennis courts and a baseball field all within walking distance from each other!

The neighborhood is the first stop-overs for intercity travelers who take the train into Kansas City. It is great for shorter stays and offers easy access to most major neighborhoods as well. Moderately priced hotels should be easy to find in the vicinity of the train station.

The 18th and Vine

Baseball, barbeques and the blues are the three things that make the 18th and Vine district one of the most sought after places in this part of the world. A cultural microcosm of sorts, the compact eastern neighborhood covers all the aspects of Kansas City's modern being. This is the perfect place for a laid-back vacation where you get to delve into the city's rich history in music and sport. And the best place kickstart things has to be the American Jazz Museum, the holy grail for blues enthusiasts. The museum has memorabilia commemorating the biggest names of the genre including a trumpet used by Louis Armstrong himself! And if that wasn't enough, the Blue Room performing hall still hosts live acts to keep the tradition going.

The other big cultural institution is the privately-run Negro Leagues Baseball Museum, running out of the same complex. A guided tour that ends with a visit to hall housing lifesize statues of several legends of the sport should definitely be in the top of your to-do lists. The nearby avenues and streets are lined with the best Barbeque restaurants (including the famed Arthur Brynat's BBQ), each one offering their own brilliant version of the Kansas City favourite. Make sure you take your time researching restaurants as there's definitely more than you can handle on your plate and being selective will be your only option here!

Although a little outside the mainstream neighborhoods, the 18th and Vine district is still fairly close to the city centre. It is only a 10 minute drive from the Union station and is right across the Power and Light District on the George Brett Super Highway. Hotels might be harder to find, so might want to opt for a nice rental apartment in a nearby neighborhood.

Best Hotels in The 18th and Vine

Best Airbnbs in The 18th and Vine

That's all from our side, traveller. Take you pick and get packing; the City of Fountains awaits! 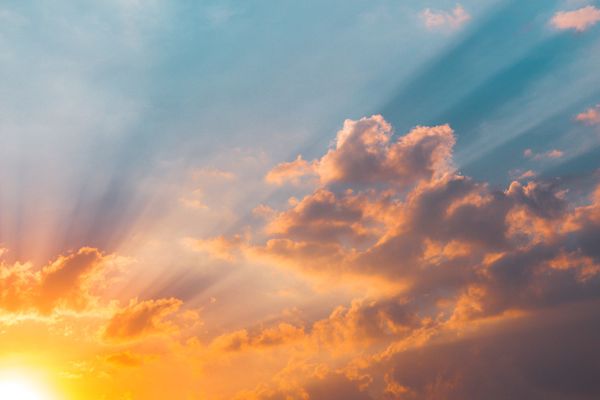 Named after the third president of the United States, Thomas Jefferson, Jefferson City or the City of Jefferson or Jeff City is the state capital of the American state of 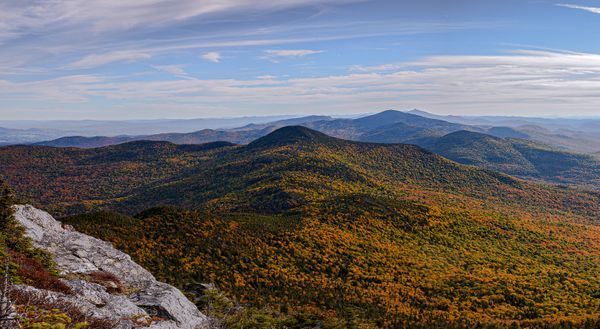 Located in Lamoille County in the American state of Vermont, Stowe is the world-popular resort town situated alongside the highest peak of the state. It is a small picturesque town