Helsinki has long been celebrated as one of the biggest centres of culture and finance in the Nordic world; and its status as one the most liveable cities only adds to the ineffable aura that intrigues travellers world over. This formidable combination of cultural capital, Nordic charms and an ultra-modern lifestyle has meant that there are several different ways to experience the Finnish capital.

Whether you chose to spend all your time around the bustling shopping avenues, or strolling along serene promenades, or visiting old-world museums and attending the national opera, the city will reward you with an unforgettable experience. But it all starts with finding the right neighborhood to base yourself at during your stay; and that's where we step in. Here, we have listed some of the best neighbourhoods of Helsinki and what they might have in store for you traveller!

Helsinki's central business district, Kluuvi is the go-to choice for many first time travellers. Vast shopping districts dominate this compact space; while there's a whole range of options to choose from, the biggest highlight has to be the plaza around the Stockmann Helsinki Centre (the biggest department store in the Nordic world). The outlet is the oldest one of the namesake departmental store chain and is surrounded by other shopping options including giant book stores, fashion brands, the chic Kämp Galleria mall and several coffee shops.

Not far from the bustling plaza lie some of Helsinki's biggest art venues: Ateneum and Sinebrychoff, which house some of the finest exhibits of Finnish art. The two major museums are housed in grand 19th century mansions and come together - alongside the contemporary gallery of Kiasma - to comprise the Finnish National Gallery. The cityscape remains grandiose even beyond the aforementioned venues as grandiose-looking Neoclassical buildings for the Senate Square (situated a little east of the National Gallery).

The art nouveau Helsinki station sits right in the heart of Kluuvi, solving almost all commuting related issues that one could face in a massive city. But even so, the neighborhood's compact size, shopper friendly streets and eye-catching cityscape might give you the extra motivation of wanting to ditch the trains and metros for quick walks from one locality to the other. The Three Smiths Statue, which lies in the western end is a popular meeting point and can be used as Point Zero.

Kamppi, much like it's more centrally located predecessor, is known for bringing together historic landmarks and busy modern entertainment venues all in one place. If anything, the neighborhood might slightly incline towards the cosmopolitan. A variety of dining options can be found at almost every turn, with fast food take-out joints and cozy bistros being the most popular. Cocktail lounges, clubs and bars that stay open till late in the night also contribute to the neighborhood being the preferred choice for night owls.

And despite the restaurants and bars taking up a large part of the neighborhood streets, Kamppi still packs quite a lot of character to show for. The area around Hietalahti is of special historic significance. Tsarist-era performance hall, Alexander Theatre stages ballet and opera performances in its majestic halls, while the one of a kind Church in the Rock hosts concerts in its unique copper and rock interior. Also popular is the food market running out of the Hietalahti Hall, a repurposed old-world brick house with an adjacent summertime flea market known for its bargain deals.

The M1 and M2 lines of Helsinki Metro runs along the northern border of the neighborhood, with a major station at the eponymously named Kamppi station. In addition to that, Kamppi is also serviceable through line 6 of the tram. As a major part of downtown Helsinki, the neighborhood has drawn some of the biggest names in the hospitality business, but finding a more affordable choice should not be too difficult either.

Take the gourmet appeal of Kamppi and add an upmarket appeal to it and you have yourself the neighborhood of Punavuori. Located just south of its more fancied neighbor, this area is better suited for travellers who enjoy quiet walks in fashionable quarters with an afternoon snack at casual eateries. Sinebrychoff Park, a grassy lawn and its vicinity offer you just that; trattorias, pizza places and restaurants serving European cuisine dot the pastel coloured streets and are an absolute delight on sunny days. Traditional pubs, limited as they might be, are popular for their variety of craft beer.

The Sinebrychoff Art Museum lies at the top of the park and houses wooden furniture, showcased in exhibits outlining aristocratic lifestyle. Besides, similar galleries and a few impressive (if somewhat obscure) performing venues can be found within walking distance from the central park; Exhibition Laboratory, Hippolyte and the Teatteritalo Universum Theatre are among some of the must-visits. Indie boutiques, home-grown designer stores and souvenir shops only further the neighborhood's appeal for the artistically inclined.

Kolmikulma/Trekanten in the western corner of the neighborhood serves as the transit station for both tram network and local bus service. Punavuori can also be accessed by the tram using Lines 1 and 3. The fashionable quarters here translate into higher pricing when it comes to hotel and accomodation options.

And if you are looking forward to a few long days of sightseeing, the northeastern neighborhood of Töölo is the place for you. Centred around the Mannerheimintie street, this is the city's administrative capital of sorts. Start your day by taking turns visiting landmark sights including the National Parliament building, the Larin Paraske Statue and Finnish National Opera & Ballet among others. The National Museum, housing historic artefacts dating back to the Stone Age as well as the more contemporary Kunsthalle Helsinki and Hakasalmi Villa also lie on either side of the thoroughfare.

Outside of its busy monument-laden streets, Töölö exudes a rather laid-back outdoorsy vibe. Waterside parks at both ends of the neighborhood have public monuments and open-air eateries, thus ensuring that you always have a place to visit away from the urban scenery. Sports lovers heading into the neighborhood will enjoy spending time around the grounds of the Olympic Stadium as much as catching a game at the ice hockey and soccer arenas situated nearby.

The Töölön Halli station of the Helsinki Tram Network has lines 2, 4 and 10 running through it. Mannerheimintie, the major road extends beyond neighborhood bounds and offers eazy connectivity to adjacent areas (including Kamppi and most other parts of the central business district) as well. Accomodation-wise, Töölö has a few great mid-range hotel options to choose from.

And for all the talk about modern day entertainment districts and fashionable inland quarters, Helsinki still remains a seaside city. And there are a few perks that come with such an imposing geographic location. The city's shoreline is an absolute sight to behold as such and there's fewer places to better experience that than Ullanlinna.

The best way to do that is by grabbing an ice cream and treading along one of the many serene-looking promenades. While at it, take your time marvelling at the designer windows of indie boutiques housed in equally stunning art nouveau buildings. Also dotting the waterfront walkways are sea-facing cafes and bars that offer rooftop seating to ensure that you have the best view that there can be of the open sea. As mentioned before, the area can get a little crowded during the evenings so you might want to arrive early to find your ideal spot.

You can also find plenty of things to keep yourself busy with away from the shore. Among the top draws of Ullanlinna are the Museum of Finnish Architecture, the imposing neo-gothic St. John's Church and the Helsinki Observatory.

Ullanlinna is home to the south harbour of the Port of Helsinki, which estimates 4.7 million travellers in liner traffic every year.  Locally though, Line 3 of the tram network runs through most of the neighborhood - with major stations at Eiran sairaala, Kapteeninkatu and Kaivopuisto. Hotels should be easy to find in almost all budget ranges, but you might want to spend some extra time looking for a nice sea facing room.

Best Hotels in Ullanlinna (and Eira)

Best Airbnbs in Ullanlinna (and Eira)

And for the next neighborhood we bring to you the quieter family-friendly Katajanokka. The popular starting point for many in this part of the city is the SkyWheel. The 130 feet tall Ferris wheel stands in a prime location just across from the city harbour and is the best place to catch city views from. Follow that up with a little bit of sightseeing or lunch at a local restaurant/mixed-use entertainment spaces, before heading back to the SkyWheel plaza to put a relaxing end to your day by taking a dip in the Allas sea pool.

Besides the aforementioned choices, you can always look for ferry rides and cruises that set sail from the secondary Skatuddens Terminal. Or else, spend time lazing around the neighborhood's many green spaces; while the expansive Laivastopuisto Marinparken offers the unique opportunity to spot ice breakers (massive vessels used to navigate through frozen seas) that are parked at the nearby harbour, the smaller Katajanpkan and Matrosparkenand are also popular for having a soccer field and  quaint walking trails respectively.

Besides its secondary and tertiary harbour/ports, the neighborhood is also serviceable through the tram network. You can access most parts of Katajanokka from multiple stations on Lines 4 and 5. Accommodation options are easily available and offer a nice variety in terms of budget; they are, however, mostly centred around the two main streets: Kanavakatu and Vyökatu.

Sandwiched between the two bigger waterfront districts, Kaartinkaupunki is the place where you will find some of Helsinki's best kept secrets. And it all starts with the cuisine! The Vanha Kauppahalli (Old Market Hall overlooking a small harbour) is going to be your one stop for all local delicacies beginning with karjalanpiirakka pastries, fried herrings, rye bread dishes and so on. The venue is itself surrounded by restaurants serving much of the same (alongside global cuisine) in luxuriant indoors, so you are unlikely to run out of options to choose from.

Kaartinkaupunki, much like some of its fashionable neighbors, comprises leafy avenues that are lined with boutiques showcasing home grown fashion labels,  souvenir/handicraft stores and several of those small coffee shops. The Esplanadi park, whose origins date back to over two centuries is a popular venue for live music and gets especially lively after office hours are complete. In short, the neighborhood brings together a little bit of everything that makes Helsinki such an endearing vacation prospect!

Access to the neighborhood is easy as it has direct access to almost all central Helsinki neighbourhoods. While there are no major tram or metro stations within the neighborhood quarters, it can be accessed through Lines 2 and 10 of the former transit line network. Hotel prices can be  on the higher side of the spectrum, making Kaartinkaupunki perfect for luxury stay.

And that's our complete list of neighbourhoods from Helsinki traveller. Take your pick and get packing for your next vacation; the Finnish capital awaits! 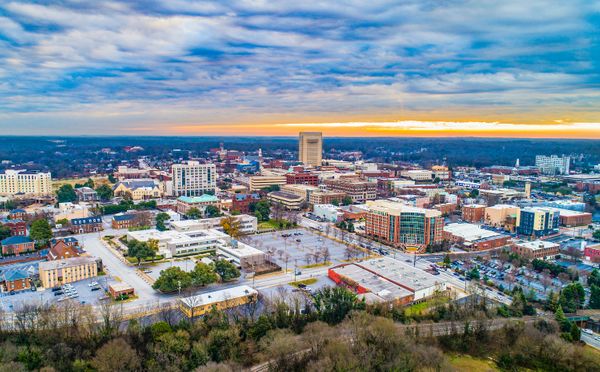 Kevin Ruck / shutterstock.com One of the most populated city of the state is Spartanburg. It is a wonderful city and one of the most beautiful tourist attractions in South 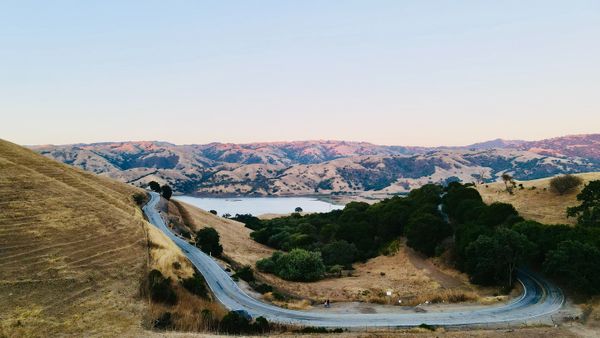 If one was to look closely, they'd find that there's a lot more to the city of San Jose than just tech innovation and high-cost living spaces. The capital of