See also: 30 Best Things to Do in Frankfurt

Travellers looking to go after the globe's unique rustic-yet-urbane cities have for long made the choice of Frankfurt. And there's good reason for that! The former city state, sitting atop the Main river is a quaint location that has plenty of vast and leafy boulevards, dotted with famed cider houses and vintage restaurants—something that feels like it has been pulled right out of a medieval era text-book.

And that's just one side of it. Frankfurt's immaculate cityscape faced massive destruction during the Second World War, but the administration has done remarkably well to bring it all back to life. The  old town quarters, the Goethe House, the Alt Oper are just scratching the surface. The prospects here are truly endless. It is then very important to plan your holiday well. And we will help you get a headstart on these things.

Here, we have listed some of the best neighbourhoods of Frankfurt and what they might have in store for you traveller!

The bustling city centre, also referred to as Innenstadt, is really the place that you want to be at if Frankfurt's shopping avenues are something that you're to explore at lengths. The MyZeil Shopping centre, an expansive mall with several top retail brand and dining options is the hub of all activities here. The mall borrows its name from the Zeil street - which inturn has other smaller, but equally exquisite merchandise stores and designer boutiques.

The City Centre is also a fine place to discover Frankfurt gourmet and arts industries. The Goethe House really anchors the neighborhood, but the Alte Oper and Carmelite Monastery definitely worth visiting as well.  Freßgass street is really the neighbourhood's main culinary venue; a pedestrian-only zone, the street not only has some of the best bakeries and specialty food stores, but also fantastic cafes and bistros with outdoor seating under shady sycamore trees.

The City Centre is the right place for you if you're looking to stay in the mix of things. While searching for accomodation, you will come across some of the biggest names in the hospitality business.  That said, City Centre also has an extensive range of first-rate budget options. As an aside, make sure you catch the breathtaking view from the observatory of the Main Tower, one of Frankfurt tallest buildings.

The restored Old Town or Altstadt is really the beating heart of Frankfurt. Sitting on the northern bank of Main river, the compact neighborhood housed some of the most iconic landmarks of the city - many of which were destroyed during the Second World War. Extensive restoration projects have managed to revive not only these remarkable monuments including the majestic St. Paul's Church and Kaiserdom, but also its quaint old-world charm.

The central public square of Römerberg is where it all comes together. The historic centre is the site of the famed gable facade  townhouse, Römer; take a tour of several cobblestone streets that branch out into the surrounding quarters to fully appreciate the neighborhood's splendor. Keep an eye out for peculiar structures including the timer housing around Ostzeile, local museums and souvenir shops, as well as take out places with frankfurters and apple wines.

Altstadt is one of the major tourism hubs of the city, thus offering some of the best hotel options. The neighborhood can often get crowded so make sure to get your bookings well in advance. Access has been made easy through the Dom/Römer subway station and a couple of other tram lines.

Right across the Main river from Old Town is the quaint neighborhood of  Sachsenhausen. This part of the city is the best place for people looking to enjoy the city's waterfront; the neighborhood's serene broad-walks and promenades are just perfect for long strolls and morning bicycle rides. The waterfront is also dotted with some of Frankfurt's most notable museums including the Museum Giersch and Deutsches Filmmusuem, only adding to its appeal.

Sachsenhausen is also known for housing many of Frankfurt's best home-grown eateries—serving the best local cuisine and trademark traditional apple wines pubs—with great outdoor seating. All these establishments are housed in a yesteryear rustic setting, with shady cobblestone streets and timber housing. This 'old town', tucked away into the northern corner of the neighborhood, survived much of the destruction and today makes for a quick escape from the urban cityscapes.

A series of bridges, including the iconic padlock footbridge connects the neighborhood to northern parts of the city. The Frankfurt (Main) Süd and Schweizer Platz are the main subway stations in Sachsenhausen. Hotels are homestays are in plenty and a suitable option should be easy to find.

Located a little outside the inner circle in the eastern part of Frankfurt, the largely residential neighborhood of Bornheim is a top choice for travellers looking to experience the everyday city life. You will love spending time here, diving tour attention amongst marvelling at such landmarks close by such as as the Holy Cross Church, spending time at the Dippemess fairground and Frankfurt zoo, or even simply hanging out around the neighborhood's leafy boulevards.

It is also one of few places that can compete with Sachsenhausen when it comes to delivering quality cider houses/apple wine bars and cafes. Patrons of the magic elixir often head over to old-fashioned establishments such as the Apfelwein-Solzer, while the Gen Z population crowds the newer alternatives including jazz clubs and quirky cafes. The streets here can get especially busy during summertime, with most cafes bringing out their furniture onto the intricately decorated terraces.

The subway line runs through most of the neighborhood, with two major stations at  Bornheim Mitte and Seckbacher Landstraße. Bornheim is also accessible by the tram/light rail system. Hotels are decent, but you might want to look for a nice homestay or a rental apartment to truly make the best of this part of the city.

Another great waterfront district in Frankfurt is the up-and-coming Gutleutviertel. Unlike the previous two neighbourhoods on the list though, it has a largely urban setting and more modern entertainment options. Global eateries, fusion restaurants and trendy bars line the eponymous thoroughfare and the lively Marina Westhafen; grab your take-out and head over the pier or arrive early to try and find a spot at one of the many outstanding waterfront restaurants itself.

And like any other top waterfront district, this neighborhood too has well-maintained cycling and jogging tracks running parallel to the Main river. The Sommerhoffpark has landscaped gardens with preserved remnants of historic mansions bombed during the World War, while the Skatepark Friedensbrücke is popular with roller skaters and skateboarders. While you're in Gutleutviertel, make sure you find your way to the top of the Westhafen Tower for sweeping views of the city and its riverfront.

The grand Frankfurt (Main) Hauptbahnhof station lies in the northeastern part of the neighborhood, making it one of the easily accessible parts of the city. A vast majority of the hotels are concentrated around the Hauptbahnhof station and offer a nice variety in terms of budget range.

Sandwiched between Gutleutviertel and the central Innenstadt is the vibrant neighborhood of Bahnhofsviertel. It borrows its name from the central transport hub and is the neon-lit ultra modern part of Frankfurt. Skyscrapers and giant business centres catch your eye initially, but it is the abundance of global eateries and restaurants that will have to come back for a second visit. Be it your excitement for  the most unique European and Asian delicacies or your cravings for comfort foods, Bahnhofsviertel has it covered!

The neighborhood is also the place for night owls.  The presence of several bars and nightclubs in a compact space, lends a dynamic vibe to Bahnhofsviertel that remains unmatched in most other parts of the city. Catch an indie production at the English Theatre Frankfurt on your way to dinner, and spend the wee hours partying or get late night drinks with friends to cap off a hectic weekend here.

Located in the heart of the city, Bahnhofsviertel is easy to access from almost all parts of the city. Hotels are reasonably priced and concentrated around the neighborhood's eponymous train station.

The vast neighborhood of Nordend-West wins the race for having the most immaculate cityscape in Frankfurt, and by some margin. Stunning mansions and expatriate housing dating back to the  Wilhelmine period dominate quarters; you will want to take a stroll down every single boulevard, marvelling at the striking architecture. Rummage through fashion accessories at the indie boutiques and designer stores running out of these very buildings!

Residents and travellers also frequent the neighborhood's lush green spaces, which includes the expansive Eschenheimer Anlage and the pagoda-heavy chinese gardens at Bethmann Park. Street side cafes and fine-dining restaurants are the other major draw; there's plenty of options to choose from, and you can start from the ones in the vicinity of Eschenheimer Turm, a masterfully restored 15th century stone tower. The plaza surrounding the tower has a couple of lovely outdoor lounges and adjoining bars.

Two major subway lines bifurcate into the neighborhood, starting from the Eschenheimer Tor station. Nordend-West's upscale housing and apartment complexes offer another opportunity to explore homestay and rental options, and in turn have a more intimate Frankfurt holiday experience.

The last neighborhood on the list encapsulates Frankfurt's cosmopolitan side really well. Located a little northwest of City Centre, Westend-Sud is home to cultural institutions—the Senckenberg  Museum, the Amerika Haus and Goethe University campuses. The majestic baroque facade of the first of these buildings is a sight to behold and stands in stark contrast with modern marvels like the 843 feet-high skyscraper, Messeturm. Art galleries and such open-air exhibits as the postmodernist Hammering Man only add to Westend-Sud's eclectic appeal.

While a large part of the neighborhood is made up of affluent colonies and 19th century residential townhouses, there's plenty here to do for the youth. Besides the artsy galleries, there's book fairs and weekly festivals organised at the Frankfurter Buchmesse that draw huge crowds. Gen Z visitors also throng causal cafes and eateries surrounding the university campus and major entertainment venues including the Festhalle Messe Concert Hall and the Skyline Plaza Mall.

The neighborhood is in close proximity to all central districts, with most major landmarks being a short car or subway ride away. Accommodation can be a little pricey, but there are a few top-notch boutique hotels in the offing.

That's all from our side. Take your pick and start packing traveller; Mainhattan awaits! 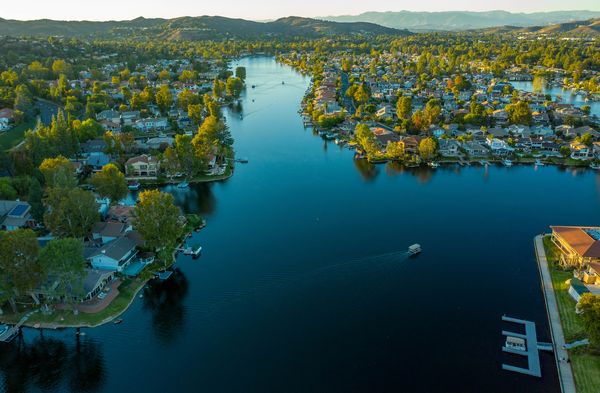 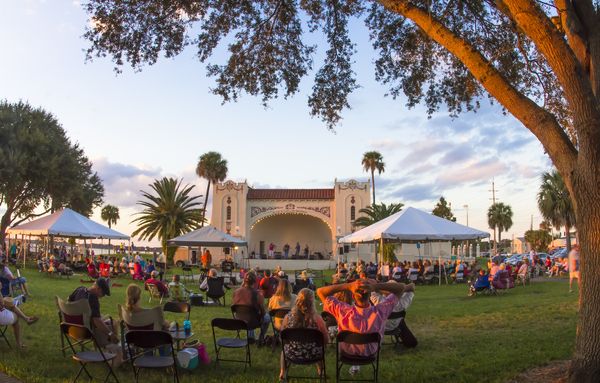 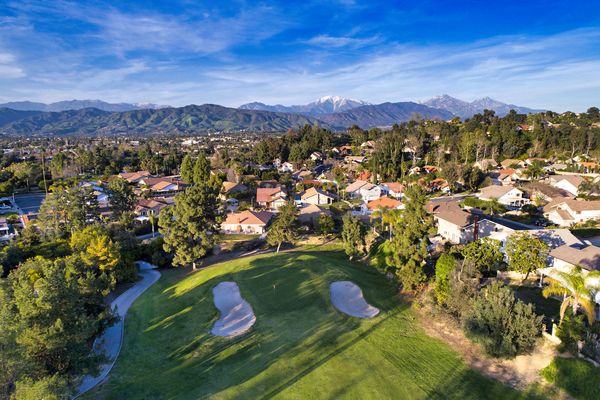