See also: Best Things to Do in Chicago

Sitting atop Lake Michigan, Chicago is a true global city and a seriously underrated vacation prospect. Beginning with its majestic cityscape, a slew of ultra-modern entertainment options, a stunning riverfront, vibrant cultural enclaves and iconic museums and landmarks known world over, Illinois' largest city seems to have it all.

Chicago also leads the lists as one of the best planned cities, which translates into a sublime commuting and lodging experience.  And with no nook or cranny remaining off limits, the choices - when it comes to choosing a neighborhood to base yourself at - are endless. But we're here to get you headstart. Here, we have listed some of the best neighbourhoods of Chicago and what they might have in store for you traveller!

Chicago's bustling downtown area, better known as the Loop, is one neighborhood that really captures the city's cosmopolitan spirit well. The famed skyline of the Illinois capital is an absolute showcase and there's fewer better places to get a look at the same. Start your city tours from the Millennium Park, home to the iconic cloud gate sculpture at its centre before finding your way to other such landmarks as the Lincoln statue and the 1450 feet tall Willis Tower.

The Loop also houses some of the biggest cultural institutions of the city; the mesmerising hall of Lyric Opera of Chicago and the expansive collections at the Art Institute of Chicago are some of the biggest winners of all. And to add to all of that, the neighborhood has all the makings of a quintessential city centre. There are several top restaurants and cafes, shopping centres, amphitheatres and live music venues that ensure that you never run out of things to do!

By virtue of being the downtown district, The Loop is one of the most well connected patsy of the city. It is the top choice for not only first time travellers, but also for people looking to stay right in the midst of all activities. Hotels are in plenty and offer a wide range of options in terms of budget range.

Best Hotels in The Loop

Best Airbnbs in The Loop

While technically still a part of the downtown district, the neighborhood of New Eastside - centred around the famed Chicago Riverwalk - definitely warrants a special mention. The elongated stretch of green space is an unmissable experience to start with. Take a stroll along the pedestrian path for sweeping views of the city's skyline across the river; it is an even more scintillating affair following sundown -  the well lit skyscraper complexes and the warm riverfront lighting itself.

The Riverwalk is also lined with exquisite restaurants and cafes that are among some of the best in all of Chicago. The area comes to life especially during evening with both the locals and travellers stepping out for their drinks and dinner plans. The McCormick Bridgehouse & Chicago River Museum is situated at a beautiful location, by the wayside of the DuSable Bridge band showcases the history of similar draw- as well as moveable bridges. Hang around the lawns to witness life come to a halt, for the minutest of moments, around sunset.

The neighborhood is home to some of the biggest luxury hotels in the city and can be a bit pricey. Transport is easy as you have access through all public transport options . New Eastside is also one of the best places to hail one of Chicago's popular architecture cruises - one of the best ways to see the city!

Across the river from New Eastside is the lively neighborhood of River North. One of the major draws for night owls, this part of Chicago is known for its several bars nightclubs - especially the high end ones hosting everything ranging from high-profile parties and hip music events.  And even if that's not your calling, the laid-back taverns and pubs are just perfect for evening drinks irresistible American delights - steaks and chicken wings with your select group of friends.

And if you are travelling with a shopaholic, or if you are one yourself, River North has you covered as well! The central thoroughfare of Magnificent Mile - otherwise known for the city's architectural marvels - has a slew of luxury brands, showcase stores for top retail brands and upscale boutiques. The nearby Merchandise Mart hosts trade fairs, high-end furniture stores and other businesses inside a gigantic (the world's biggest at the time of its inception) art deco building.

The Franklin–Orleans Street Bridge and the DuSable Bridge bookend a series of bridges that connects the neighborhood to The Chicago Loop, offering unhindered access. You should not have too much  trouble finding a decent accomodation option in any budget range in and around River North. Spend a little extra time finding the ones close to the riverfront for a beautiful river-facing room.

The first of the three major cultural enclaves on the list, Greektown is a great place for lovers of the Hellenistic culture! The neighborhood, which drew in the first Greek immigrants way back in 1840s, and there has been a steady growth since. Today, it is home to some of the most well known Greek establishments - none as immersive as the Hellenic Museum. The central facility has exhibits, shows and events recounting the history of the community.

The Greek flair transcends the general sightseeing experience into the gastronomy of the neighborhood. The compact western neighborhood packs more Greek restaurants and traditional taverns that one would expect. And that's not without even mentioning the fresh pastries and cakes at the home-grown businesses around the South Halsted Street! Visit the neighborhood in time for a cultural fest to get your chance of witnessing Greek festivities unfold on the otherwise quaint-looking streets!

The neighborhood is a little farther out from the downtown part of Chicago, but by no means a difficult area to access. Almost all public transport systems offer rides to Greektown, with the UIC-Halsted of Chicago Metro's blue line being the closest station. While in the neighborhood, you might want to look for a nice homestay to base yourself at.

Just south of Greektown lies the much bigger Little Italy, home to a vast majority of the Italian-American community of Chicago. And much like it's predecessor on the list, the neighborhood shines the brightest with its culinarys selections. The West Taylor Street is lined with not only the best Italian restaurants, but also global eateries serving a vast variety of cuisines ranging from Mexican to Asian and everything in between.

Little Italy draws huge Gen Z crowds mostly owing to the presence of the University of Illinois campus in the vicinity. The university itself has a few draws including gigantic sports fields for outdoorsy days (something that you can also have plenty of at the nearby Addams/Medill Park) and the Hull House, founded by Jane Adams and Ellen Gates Starr; the Chicago Registered Historic site has an open museum in the masterfully decorated dining hall.

The neighborhood is located just at the outskirts of Downtown Chicago, a little south of Greektown as mentioned earlier. And much like it's northern neighbor, it can also be accessed through the UIC-Halsted station (as well as the Racine station, also on the blue line).

Much smaller than its two counterparts, but just as appealing, Chinatown is the go-to place for travellers looking to enjoy a smidgen of Asian culture during the mostly American holiday experience. The small southern neighborhood is home to several Chinese diners and dimsums shops, a great starting point for any and all leisurely days. The options expand rather eclectically with the traditional tea houses and ramen bars to the odd pizzerias and trendy takeout stores.

And if you're looking to spend more time exploring the neighborhood, the Chinese American Museum of Chicago and the replica of the Nine Wall dragon from the Chinese capital city are among the must visit spots. The Ping Tom Memorial Park offers riverfront views, kayaking options and a generally quick escape from Chicago's very urbane setting. The lush park has been beautifully landscaped and has a serene pagoda surrounded by tulips and shady trees!

You can take a Metro to the Cermak-Chinatown station for easy access, or even better so - hail a water taxi to chauffeur you to the Chinatown ferry station right in the middle of the Ping Tom Memorial Park. Hotels options might not be as diverse, but you should still be able to find great mid-range budget options and your usual cozy homestays.

The next name on the list is that of Chicago's own version of a boho neighbourhood, West Loop. The up-and-coming part of town, the area has become known as the hub for new ventures and restaurant businesses. The options in the neighborhood are varied as you can find anything starting from takeout hotdogs to barbeques to fine dining experiences all in one compact space, and with fresh names cropping up everyday, the streets never look quite the same.

But that's not to say that the neighborhood has no character outside of its burgeoning business ventures. The free spirit of West Loop is best showcased at the neighborhood's own street markets and open air food courts with local vendors. You should definitely stop by the French Market Food Hall for your daily fair of local snacks, while leaving it to weekend flea markets and street fair to suffice your diet for shopping.

The major transportation hub of West Loop is the Union Station, a sight to behold for its arched passageways and stone pillared walls laden with opulent beaux-arts motifs. Metro stations including ones at Clinton and Ashland also connect the neighborhood to other parts of the city.

And for the last neighborhood on the list, we bring to you Chicago's cultural capital of sorts! Near South Side, one of the most frequented parts of the city is where you go to, for the big fishes: the Chicago Museums, the Soldier Field, the Shedd Aquarium and the Northerly Island Park. But before we get to any of that, a special mention of the historic Prairie district. A tour of this (erstwhile) fashionable residential district is something that you simply cannot miss out on during your stay in Chicago.

And now for the obvious choices; you are probably to cover everything that the neighborhood has to offer in one visit and do it justice so you might as well pick up where you want to spend your time. Be it while marveling at state-of-the-art equipment or fossils at the twin museum complexes, eating takeout at the accompanying seafront lawns, watching Chicago Bears at the Soldier Field, or views of Lake Michigan from the aquarium and/or northerly park, you are bound of have your money's worth in this busy, busy part of Chicago!

Access is fairly straightforward with several stations on varied Metro transit lines, easy road connectivity and 24/7 taxi services almost everywhere in Near South Side. Hotels in the neighborhood are among some of the finest in all of Chicago so take your sweet time in making the pick.

Best Hotels in Near South Side

Best Airbnbs in Near South Side

And that's our complete list from Chicago. Take a look and have a great time planning your next vacation; the windy city awaits! 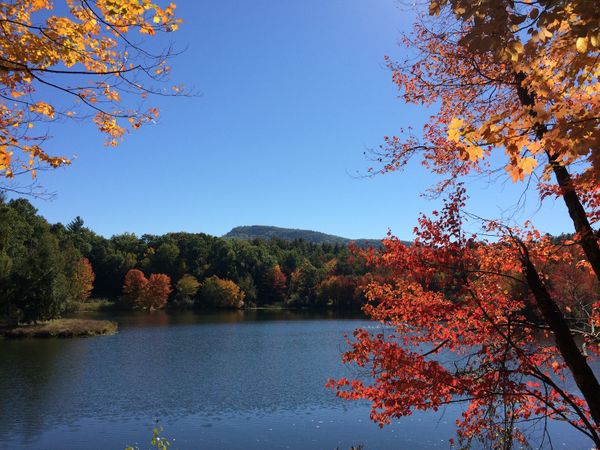 Sean P. McLaughlin / shutterstock.com A beautiful town located near the Connecticut River Valley is what describes Amherst best. The highest populated municipality of Hampshire County is thus a metro 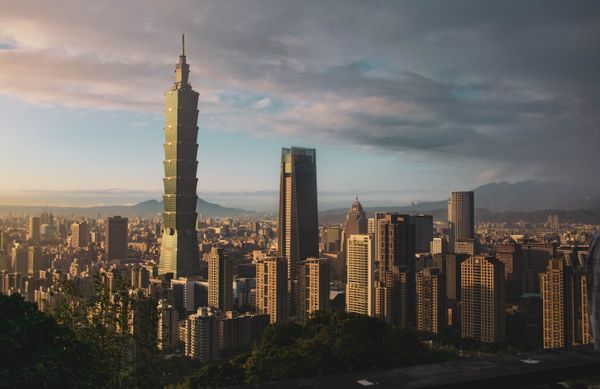 See also: Things to Do in Taipei and Best Hotels in Taipei A rich cultural past, which comes alive in an eclectic cityscape - part Japanese, part European and part