See also: Best Things to Do in Atlanta

One of the most cosmopolitan and well planned cities that there is, Atlanta is a vacation prospect like no other. A historic core, several artsy quarters topping the other, lush canopies covering the bustling city centre are all the things that set the Georgian capital apart from most of its contemporaries. And even those are just some of the few well advertised aspects of the city; Atlanta is that and so much more, and it just takes one short trip to uncover all the layers that make up the Hollywood of the South.

Each neighborhood, outside and within Downtown Atlanta, has a unique charm of its own and it's important to know what area best suits your taste. A well laid out subway network and public transport translates into a seamless commute so no part of the city is off limits! Even so, we have narrowed down the best of the best for you. Here are some of the best neighbourhoods of Atlanta and what they might have in store for you traveller!

The skyscraper-heavy part Downtown is the go-to choice for many first time travellers and the one area where you're unlikely to run out of things to do. The central Skyview Atlanta ferris wheel, which offers sprawling views of the same is a great starting point - at a stone's throw from the plaza here is the Centennial Olympic Park (venue for the 1996 games) now transformed into an expansive park with trails leading up to the iconic fountain piece; Atlanta's other big draw, the Georgia Aquarium (world's largest indoor facility of its kind) also lies at a walking distance.

Also popular with travellers are the neighborhood's many modern museums. Offering starkly varied but equally immersive experiences are the Centre for Civil and Human Rights and Coca-Cola museum, known for their nostalgic exhibits tracing the eventful histories of the Civil Rights Era and the popular beverage brand respectively. Outside of the central draws, younger crowds also throng the take-out joints and coffeehouse-laden streets around the university complex in the southwestern end of the neighborhood.

Peachtree and Five Points are the major stations on the Golden and Red lines of the Subway, but access to some of the major landmarks is easier through the CNN Centre station on the Blue and Green lines. All in all, Downtown Atlanta offers a rather seamless commute. Similarly, you wouldn't need to break a sweat finding a top-notch hotel in the neighborhood either.

Take the bustling city centre and give it an artsy spin and you have the popular neighborhood of Midtown. Located by the side of the Peachtree Street NE are some of the most renowned museums and art venues that the city has to offer. Making up the larger Woodruff's Arts Centre are the High Museum of Art, known for its exhibits from the likes of Giovanni Tiepolo, Claude Monet, Martin and Dorothea Lange; the Atlanta Symphony Hall, home to the eponymous orchestra; and the Alliance Theatre.

And while smaller theatres and art galleries in the vicinity of Woodruff's (led by Fox Theatre and the Margaret Mitchell House) can end up taking what's left of your spare time, Midtown has so much more to offer. For starters, a diverse gastronomy awaits you in the neighborhood's central quarters, as does an equally varied range of events and fairs hosted at the Piedmont Park. The Music Midtown, Atlanta Dogwood Fair and Atlanta Pride are among the major highlights, but you can visit the green space for views of an urban skyline rising out of a vast canopy anytime.

The Red and Golden lines of the Atlanta Subway run through most parts of the neighborhood, with major stations at Midtown and Arts Centre MARTA. Midtown's fashionable status reflects well in its range of accommodation options, which mostly comprise top names in the hospitality business. But if a luxury stay is what you're looking for, this might just be the place for you.

The yesteryear neighborhood of Old Fourth Ward is Atlanta's own version of an industrial district, which has gone through considerable gentrification over the years. We will talk about all the repurposed warehouses and indie marketplaces a little later. First up for you though is  Eastside Trail - an erstwhile railway corridor that now serves as the neighborhood's own biking/pedestrian trail. A relatively new outdoor project, the trail now boasts of several worthy stop-overs (including popular city parks, street art exhibits and even some shopping venues).

Onto the neighborhood's warehouse districts then! The multi-storey mixed use space of the Ponce City Market is just the place to get you started on the gourmet experience; besides the central dining hall offering varied cuisines, the venue also has a slew of retail and apparel stores, coffee houses and even an amusement park of its own. Street markets and public plazas on either side of the picturesque Historic Fourth Ward Park are dotted with cozy diners and take-out joints, all of which exude a casual vibe that remains unique to the neighborhood.

The Civic Center Station of the Atlanta Subway lies right outside the western end of the Old Fourth Ward. You can also find your way into the neighborhood from downtown by taking the Piedmont Avenue NE. Laid back mid-range hotels are the norm in this part of the town, but budget options shouldn't be hard to come by either.

Also following in on the historic appeal of its predecessor is the neighborhood of Sweet Auburn. Sandwiched between bigger and flashier parts of the city, this neighborhood is where you will find the monuments and museums relating to the Civil Rights Era. And at the heart of it all is the Martin Luther King Jr. National Historic Park, the site of the leader's childhood home, the Ebenezer Baptist Church (where King worked as a pastor) and an elaborate visitor's center detailing the movement's long journey.

And even beyond that, the immaculate cityscape featuring distinctive-looking shotgun cottages, row houses and Victorian mansions makes Sweet Auburn the most walkable of all Atlanta neighbourhoods. Old world streetcars and vibrant graffiti donning the red brick walls around the Edgewood Avenue SE, add personality and character. The thoroughfare, which runs along Sweet Auburn's southern border also has a few great soul food eateries and distilleries.

The King Memorial Station on the Green Line is the major transportation hub for the neighborhood, which is also accessible by the aforementioned Edgewood Avenue SE. Hotels might not be as many in number, but you can still find a nice homestay or a rental apartment in the vicinity of Sweet Auburn.

A lot of the city guides will have you believe that the small central neighborhood of CabbageTown triumphs in being the most stylish. And that would not be a wrong description at all. The quarters in the vicinity have the most distinctive look and feel, with the narrow streets trying hard to find the right balance between the street art and red brick walls, between the historic housing and modern lofts, preserving the narrow street networks and squeezing in the motor vehicles into the cityscape and so on. And it is in that spirit that many travellers see this historic neighborhood, which has come a long way from being a small residential village.

The often photographed Krog Street Tunnel, known to be the favourite spot for street artists also lies in the vicinity of the neighborhood. Such is the impact of the tunnel's vibrant walls that even the neighboring streets have followed suit and can now be seen donning similarly expressive pieces of mural art and graffiti. The spray paint stands in stark contrast with the otherwise leafy and green sidelines and is sight to behold on any given day.

While in CabbageTown, you will find yourself ditching most other methods of commuting in favour of long walks around the neighborhood streets. Even so, the neighborhood is serviceable through several major city roads, while also being fairly close to King Memorial Transit Station. Cozy homestays located in the heart of the historic neighborhood should be your preferred choice here.

Next on the list is the eastern neighborhood of Inman Park, the place best equipped with providing you a complete gourmet experience. Whether you're looking for exquisite dinners at fine-dining restaurants, or craving street snacks in the middle of your sightseeing tours, or looking for a lively nightlife, Inman Park has you covered! While the Krog Street Market is your one stop solution for all the take-out options, the more sophisticated and nightlife venues can be found around the North Highland and Austin Avenues respectively.

And while it's easy to be fooled by all the elaborate menus and intricate restaurant decor that you are to come across, know that your options are not that limited. A big part of Eastside Trail runs through the neighborhood, which also features grand outdoor venues such as the Springvale Park. And irrespective of taste, the shopping districts around the dynamic Little Five Points are just the place that you want to be at - rummaging through vinyl records studios, souvenir shops, apparel stores and indie boutiques at length!

Inman Park is bordered by three major neighborhoods and has easy access to all of them. It is also serviceable through the Blue and Green lines of the Subway, with the one major station at Inman Park, also known by the name of Reynolds Town. Hotel options are decent and largely centred around the Euclid Avenue NE in the southern part of the neighborhood.

And for the last neighborhood on the list, we bring to you the family friendly Grant Park. Its appeal for people travelling with their loved ones and children lies in such entertainment options as the Atlanta Zoo and the many serene gardens. A trip to the zoo is worth a day's work in itself as you will have plenty to do; when you're not getting acquainted with the animals living around the lush grounds, you can indulge in outdoor lunches, afternoon strolls or get-togethers by the side of the small Grand Park Lake that lies just adjacent.

Beautiful bungalows dominante the leafy streets in Grant Park, which was once home to famous Atlantans. At the northern end of the neighborhood lies the serene-looking Oakland Cemetery, where the grave of Gone With the Wind author Margaret Mitchell draws frequent visitors. Ornate centrepieces, trails running along the periphery and the general intrigue surrounding the tradition of funerary art make this mid-nineteenth century landmark worthy of a visit.

The neighborhood lies south of both Sweet Auburn and CabbageTown and is fairly easy to access. While no subway lines run through Grant Park, the King Memorial Transit Station provides connectivity to other parts of the city. While staying in Great Park, you might want to make the best of the chic locale and look for a nice homestay/airbnb.

And that's our complete list of neighbourhoods from Atlanta traveller. Take your pick and get packing for your next vacation; the Georgian capital awaits! 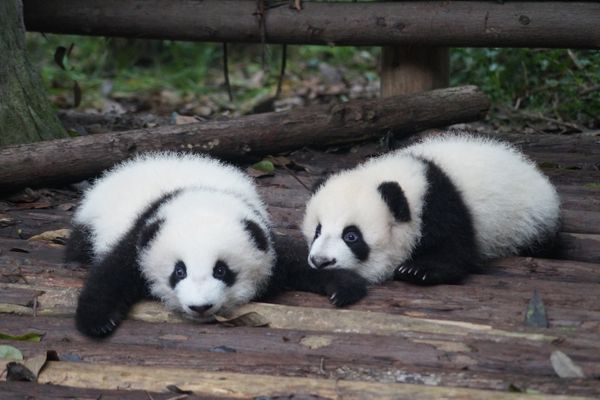 See also: Where to Stay in Chengdu Located in Sichuan province of southwest China, Chengdu is a city that has played a significant role in China’s growth through the 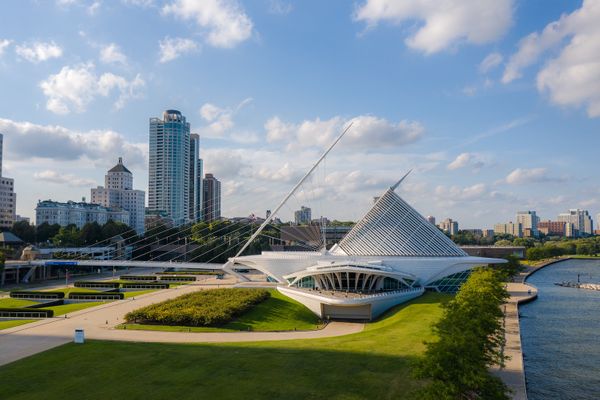 Music festivals and microbreweries are just two of the many reasons that might want to make you start planning your next vacation to Milwaukee. Sitting on a prime geographic location