Hailed as ‘the city that works’, Stamford is one beautiful city in the southwestern part of Connecticut, approximately 30 miles away from Manhattan. The locals claim it to be one of the safest cities of the US – and the tourists wholeheartedly agree when they spend some time in Stamford. The place is actually the largest financial district in the New York metropolitan region – excluding New York City – and also happens to be one of the largest concentrations of corporations, as far as the United States is concerned. And yet, one would not expect the mesmerizing range of attractions Stamford offers, right from parks to cultural centres.

The Cove, one of the luxurious neighbourhoods of Stamford, is full of surprising attractions. A perfect example of such attractions is the Cove Island Park, a sprawling 83 acres, state-of-the-art park. There are many recreational facilities around, including a walk-run trail, one mile long, a large playground, a perfect path for roller skaters and cyclists, a luxurious lawn area, a small salt marsh, mudflats and the embayments of Cove River and Holly Pond. Since it’s an island park, one can also find two pristine sandy beaches in there, offering picturesque views of the surrounding glittering waters. One can also gaze at the Long Island Sound while strolling through the park, which is a place where one can find true peace.

Once you step in the woodland of North Stamford, you will find the beautiful Stamford Museum & Nature Center. Built-in a mock Tudor style of the late 1920s, the museum is on the grounds of the half-timbered Bendel Mansion. It is an art, nature, history and agricultural sciences museum covers around 118 acres of the ground. The property, along with the museum and gallery, also contains a 10-acre working farm, an impressive nature centre, a planetarium, an observatory and a research telescope. Visitors can also have fun looking at the otter pond and children can play in a large playground. There are many activities and events organized in here, promising wholesome development in a fun and exciting environment.

One of the ethereal places in Stamford is the First Presbyterian Church, located on 1101 Bedford Street. It is designed by Wallace K. Harrison, a renowned architecture. It boasts of a highly unusual shape, leading it to be nicknamed as The Fish Church. The Nestle Carillon, initially of 36 bells but now of 56-bell carillon can be found nestling comfortably in the towering, 260-foot-tall Maguire Memorial Tower. The humungous stained-glass windows of the sanctuary – which has more than 20,0000 pieces of faceted glass depicting the moving story of Crucifixion and the Resurrection - are something that never fails to impress the visitors. This church is a fine example of modernist architecture, offering a serenely spiritual experience.

The Bartlett Arboretum and Gardens is a beautiful addition to Stamford attractions, and an informative one too. The arboretum is located just adjacent to the Stamford Museum and is one of the much-visited botanical attractions. It is described as a ‘living classroom’, where you can learn and be among 3500 different specimens, spread in 12 gardens. Most of the species that are in the property have been collected from New England, with the rest of them being brought in from the Caribbean, Africa, United States and Mexico. It is spread over 93 acres and is characterized by beautiful parkland, landscapes, gardens and even hiking trails, all of them focusing on the complete ecology of Southwestern New England.

Stamford Town centre is as exciting as the other parts of the city, filled with its glamorous shops and restaurants. Bedford Street is the first place you should head to, whenever in Stamford. The area, with its European Ambience and bustling vibes, is instantly welcoming of the visitors, locals as well as tourists. There are also a handful of amazing restaurants on the street, some of the worth mentioning being Lucky’s Classic Burger & Malt Shop, Bedford Thai and OCHA Thai & Japanese Cuisine. There’s also a neat little park, Latham Park, where one can casually stroll around, after having ice-creams at 16 Handles. You can also enjoy some entertaining documentaries and films at the beautiful Avon Theatre.

One of the surviving historic places in Stamford is the Fort Stamford Site, which is a public park on 900 Westover Road. It was included in the National Register of Historic Place in 1975 and is a mosaic of 340-year-old remnants of the military earthworks built during the American Revolutionary War. The park is located quite near the Mianus River and Long Island Sound, providing amazing views of both. The site includes the Goodbody Garden, which is designed in a formal style. Make sure you especially visit the park in spring or early summer, when the place is filled with peonies, magnolias and fluttering butterflies.

A small drive to the east of the Stamford Museum would take you to the famed Glass House, a masterpiece of modern architecture. It was built in 1949 by Philip Johnson, as his personal weekend house. The property was opened to the public after Johnson’s death, who used the place for more than 50 years. The house boasts of impressive minimalism, geometry, reflective properties and of course, the value of transparency. The bathroom is the only area with opaque walls, made in a brick cylinder. Guided tours are taken around the property, which is partly a shuttle tour and partly a 4-mile walk through the vast estate, which also includes a Brick House for Johnson’ guests.

Stamford is blessed with many parks, one of the beautiful ones being the Cummings Park. Located on Long Island Sound, it is a 79-acre park, filled with many attractions, such as green space, a handful of sports facilities, a boardwalk, fishing pier, number of pavilions and a perfectly stocked snack bar. The park provides the visitors with full access to the serene Cummings Beach, which is in turn surrounded by little islands on Westcott Cove. People can have a leisurely game of basketball, tennis and even softball; go up the nearby hill to sledge in winters, or just enjoy the calm and inviting vibes of the Cummings Park.

Half Full Brewery is located on Homestead Avenue, in an industrial building, you won’t look at twice. However, people turn their heads to this building, because of the ‘beer’y times that it promises! The taproom of the brewery is an interesting area, providing a vast choice of the beers, including many IPAs, a blonde ale, a pale ale, which is ever-changing somehow, some good fruit-infused sour beers and also a coffee porter. While they don’t serve food, a handful of food trucks visit the place regularly – you can order a pizza too! Half Full Brewery also allows kids and dogs in their premises, meaning families and dog-owners are heartily welcomed here.

The Stamford Center for the Arts is divided into two facilities – the restored Palace Theatre and the Rich Forum, both of them quite near to each other, located on the Atlantic Street. The Palace Theatre, just like its name, is a Palace-Esque, magnificent theatre, built-in 1927. The place started as a stage for vaudeville, which then was used as a movie theatre for more than 40 years, until 1983, before going back to the system of live performances. The theatre organizes numerable shows, such as off-Broadway musicals, tours of recording artists, concerts of the STAMFORD Symphony Orchestra, stand-up acts of popular comedians, including Alec Baldwin, and magic shows for children.

Everyone loves an aesthetically beautiful, well-maintained libraries, even if they are not that of an avid reader. The Ferguson Library is one such library, located on Atlantic Street. It is one of the largest public libraries in Connecticut and is designed in a Georgian Revival Style from 1910. It is named after Hon. John Day Ferguson, well-known for his focused devotion for education and learning, who left a hefty sum for building a Public Library after his death. The library has an unfathomably vast collection of books, available for visitors to read or rent them out. The library conducts workshops and other activities frequently. There’s also a ‘Friends of Ferguson Library’, which is a used book store and a Starbucks branch.

Don’t just admire the pristine waters from Stamford’s beaches– go right in between them to admire them! Captain John’s Tiki Tours will help in this, as they organize guided and crewed boat tours. These tours are of the Norwalk and Greenwich Islands as well as Long Island Sound. These tours, started in Harbor Point in 2018, are family-friendly and lets the touring eyes feast on everything, including the historic lighthouses, skyscrapers, local rivers, preserves, and natural and beautiful landscapes. Tiki Taxi trips are also organized, where you get commendable Hawaiian experience. The tours are taken by Captain John himself, accompanying with him his team of staff, who are already natives of the area and are perfectly professional and friendly.

Covering the border between Stamford and Greenwich is the expansive and absolutely beautiful Mianus River Park. The park spans over 400 acres and is filled with multiple trails crisscrossing the lush green woods. You will be greeted by the cheerful sounds of wild chirping birds, while you spot around your chipmunks and squirrels, among other animals. It is home to the 20.3-mile Mianus River and is a part of the series of conservation areas of the greater Mianus Greenway. Visitors can enjoy exploring the wetlands, unusual rock formations, tributary streams, a beautiful wildflower garden and even a cave! A day trip in this wilderness sounds exciting, doesn’t it?

Chelsea Piers is a hit among all the locals and also becomes the favourite of the tourists. It is an amazing fitness entertainment complex, which was built in 2012. It’s inspired by Chelsea in NYC, which got so much love that it was swiftly brought to Stamford as well. The place is spread over 400,000 sq. ft., filled with so many facilities that you won’t be able to sit in one place. Along with the fitness centre and skating rinks, Chelsea Piers also has a baseball centre, basketball and volleyball courts, squash and tennis clubs, an adventure centre, the Splash Zone and a number of pools. The centre organizes Pilates and yoga classes and even massages, offering a relaxing getaway.

The Stamford Historical Society Inc. is where you can learn anything and everything about Stamford, quite literally. It is an educational and research institution that is responsible to collect, preserve, interpret and even exhibit materials and artworks related to Stamford. It was established in 1901, with the aim of not only preserving the local history but also offering the community opportunities to learn about the same. It does an amazing job of educating the visitors, as there is a plethora of exhibitions, displays and demonstrations available, not to forget the lectures, special events and educational programs organized here. Guided tours of the same – and also to the Hoyt Barnum House – are taken.

With its pristine beaches, woodlands and hiking trails, one won’t believe that Stamford is also the place where popular shows such as The Jerry Springer Show, Maury, and The Steve Wilkos Show are taped and produced. It is actually home to nine of the Fortune 500 companies, as well as many other renowned corporations. Stamford has an abundance of natural, educational, socio-cultural attractions and landmarks, dispersed all over the city. A beautiful blend of culture and nature, enough to lure you to pay a visit – that’s what Stamford is all about!

See also: Where to Stay in Kobe Surrounded by the sea to the South and the Rokko Mountains to the North, Kobe is a Japanese port city that has a 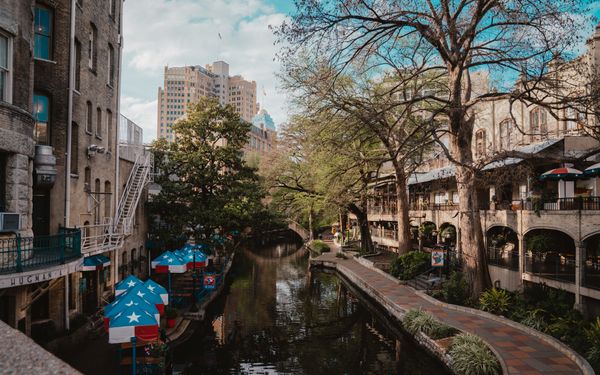 See also: Best Things to Do in San Antonio There are few city parks as famed as the Riverwalk built around the San Antonio river at the centre of the