In 1859, the pioneer settler Edson F. Cady arrived at the Snohomish region and established the settlement called Cadyville, named after himself.

The city got renamed Snohomish twelve years later. From 1861 to 1897, the city also became the county seat of Snohomish County.

The city’s modern-day downtown district has become notable for its blocks of antique stores.

Moreover, the National Register of Historic Places has listed this district in its records.

Today, Snohomish is a bustling hub of historic and cultural attractions.

Every summer, the city hosts the Kla Ha Ya Days, a festival that attracts up to 25,000 visitors.

The tradition is also historic—the city started celebrating it in 1913.

Do you want to know more about Snohomish, WA?

In 1872, the Blackman Brothers sank in deep debt because their lumber mill in Bradley, Maine, wasn’t making money.

They had to declare bankruptcy, prompting them to pack up and move to Snohomish.

During their journey, they had to bring their prized household goods, which included their front room piano.

After settling in Snohomish, the Blackman Brothers started their successful logging operation along the Stillaguamish Lake.

They built the historic residence on Avenue B in 1878.

Today, the Blackman House is the only building still standing from the heyday of the Blackmans on Avenue B.

It’s also the only Blackman house remaining out of the three they had built.

During your visit, you can check out the two-story house filled with period-accurate furnishings.

You can even sit around and have some tea while listening to stories of early Snohomish.

The house also contains objects belonging to the Blackman family as well as families of early Snohomish settlers.

Check Out the Masterpieces at the Arts of Snohomish Gallery

Drop by the Arts of Snohomish art gallery to check out some truly spectacular prints, paintings, photography, drawings, mixed media artworks, and more.

You can even find jewelry, greeting cards, and other handcrafted gifts there.

This gallery has provided a space for skilled regional artists to showcase their work for over ten years.

Every month, the gallery also stages artist shows and benefit shows for challenged artists and students.

Likewise, the gallery continues to help revitalize Snohomish’s historic downtown district by offering a space for community-oriented artists and craftspersons to show their work.

Spend the Day at the Willis D. Tucker Community Park

If you want to visit a park in Snohomish, you won’t go wrong with the 84-acre Willis D. Tucker Community Park.

The park offers gentle slopes and dense forests to enrich your outdoor experience.

You can find this park right next to the Silver Firs and Snohomish Cascade communities.

During your visit, you can find picnic shelters, walking trails, and several play structures for kids.

You can also play basketball and sand volleyball on the grounds.

Likewise, bring your dog and let them run around the off-leash dog area.

Otherwise, you can catch a live performance at the amphitheater, or hold your meetings at the activity center and conference rooms.

In 2020, Stihl’s “Independent We Stand” movement named the city of Snohomish into its “Top 10 Main Street Towns” in America.

These accolades should prepare you for a good time during your visit to this historic city.

This district is the city’s business and residential hub, filled with historic buildings and houses.

During your visit, you’ll find plaques beside these buildings, stating the year of their construction and their original occupiers.

Every year, the city also tours visitors inside these houses.

Before this space became a wildlife preserve, it was a riverside gravel mining operation.

Former Teamsters president Dave Beck, Jr. owned the business until he sold the property to the Palzer family.

The family then turned the land into pasture for livestock and farmland.

Then, the site nearly got turned into housing lots.

However, Bob Heirman and the Snohomish Sportsmen’s Association began a major campaign to keep it from happening.

They wanted to preserve the public’s access to one of the river’s most popular spots for steelhead fishing.

The Parks Department helped Heirman get the property.

You can also fish there.

However, you can’t bring dogs.

In 2009, Snohomish natives Ryan and Julie Hembree established Skip Rock Distillers out of a passion for great drinks and fine local food.

Today, the distillery brand has become a household name in the Pacific Northwest and more regions.

You can see the brand’s commitment to crea ting deluxe spirits through their handcrafted drinks that use local ingredients.

Likewise, they buy directly from the farmers with the best-quality crops.

You can enjoy their spirits neat or mixed in your favorite cocktail.

What’s unique about this trail is it occupies the former right-of-way of the Seattle, Lake Shore, and Eastern Railway.

The city opened the trail’s first segment in 1989, on the centennial of Washington’s statehood.

In 2013, the final segment connecting the Skagit County line and Arlington opened.

During your visit, you can spot public art installations along the trail.

For instance, the “History Quilt” stands on the Nakashima Barn.

This piece shows the entire site's history, from its roots as a native forest to its evolution into a sawmill, dairy farm, and recreation site.

The artists Ellen Southard and Teresa Stern wanted to celebrate the Nakashima family.

During World War II, the US government forced them to sell the land for pennies due to the government’s internment policies.

Splash around at the Snohomish Aquatic Center

For instance, you can enroll in surfing, surfing, or diving lessons. You can also play water sports or join water fitness classes.

If you’re a competitive swimmer, you can train at their competition pool with a diving area.

Otherwise, you can just enjoy yourself at the lazy river, waterslide, and the FlowRider.

The Snohomish School District owns and operates the facility, and it’s available for parties and private meetings.

You can also use their locker rooms and family changing area.

Pay Respects at the Grand Army of the Republic Cemetery

The largest public memorial park in the Snohomish area is a cemetery called the Grand Army of the Republic Cemetery.

Visit this place to reflect on your place in the world and to pay respects to the fallen veterans who lost their lives in one of the country’s bloodiest wars.

It’s also the only active and well-maintained Civil War-era cemetery in the entire state of Washington.

There are about 200 veterans of the Civil War resting on the grounds.

If you want to know more about your country’s history, then this place might be perfect for your tour.

If you truly want to get lost in the world of antiques, you can visit the Star Center Antique Mall in Snohomish.

This mall boasts five levels and is the largest antique reference in the Northwest.

Each of these dealers sells various types of antique merchandise.

What are the antiques you can buy here?

You can buy vintage books, Depression-era glass, English furniture, jewelry, and sports memorabilia, among others.

The city of Snohomish is known as the “Antique Capital of the Midwest,” and Star Center Antique Mall is one major reason for it.

You can find this Snohomish winery in the Red Mountain American Viticultural Area in the eastern section of Washington State.

This area might be a small winemaking area, at only 4,040 acres, but its warmer temperature makes it great for growing wine grapes.

This winery came to be out of the passion of its founder to create unique and delicious wines.

Likewise, the founder helps out other businesswomen who wish their enterprises to succeed.

You can also join Kasia’s wine club, which guarantees you two bottles each of their 2015 Red Mountain Syrah and the 2015 Mourvedre.

See a Show at the Tim Noah Thumbnail Theater

If you want to go on a night at the theater, you can drop by the Tim Noah Thumbnail Center, located at Snohomish.

It also goes by the name “The Pacific Northwest’s Cozy Home for the Performing Arts,” and it offers residents and tourists performances, classes, and programs.

Every weekend, local and national artists perform in the theater as well.

Traveling film festivals also screen their entries at the theater.

Tour the Skies with the Snohomish Balloon Ride

A unique adventure awaits you in Snohomish, thanks to the Snohomish Balloon Ride service.

You need to go to the Harvey Airfield, sitting 30 miles northeast of Seattle.

This airfield is privately owned, but it’s open to the public.

If you choose to join the hot-air balloon ride, you’ll travel with the company owner himself, the Chief Pilot Captain Bob.

He’s already logged more than 9,000 hours flying balloons all around the world.

Likewise, he has flown in Snohomish since 1998.

Fly with Captain Bob, and you’ll go high enough to see Seattle and Vancouver all at once and admire the beauty of the area’s rivers and forests.

Practice Your Swing at the Snohomish Valley Golf Center

This family-owned golf center opened in 2001, which you can find in the river valley of Snohomish.

Back then, it was just a long grass plain that had some golf mats and grass tee boxes.

Today, the center has become a fully equipped golf center for the whole family to enjoy.

These stalls come with a cutting-edge synthetic tee line that simulates how real grass feels.

They even have real golf tees in them.

If you love practicing your swing, you’ll love hitting up this driving center.

The golf center holds a 10,000-square-foot practice green where you can polish your golf swings.

Likewise, the center has a new 18-hole miniature golf course, which opened in April 2017.

Get Shooting at the DBS Outdoor Paintball Park

What better way to have some good old family fun than having a paintball war?

Bring your family to Doodlebug Sportz in Snohomish for a rollicking afternoon.

Bring home bragging rights by taking down your friends. You can choose from a variety of paintball options, too.

For example, they offer Kids Sessions for kids 6-12 years old.

Pickup games are accessible at the Recball Open Session.

However, if you just want to play with your group, the park offers Private Group sessions.

The park’s main attraction is the DBS Big Game, where they combine several maps to form a massive paintball arena.

It’s a special event played under the reincarnation style and with themed rounds.

If you want to challenge yourself, join this game to experience the most exciting day of your life.

Snohomish is a perfect getaway for people who want to immerse themselves in the history and nature of a charming city.

Likewise, you’ll never run out of entertainment options because of its thriving activity choices, such as hot-air balloon rides.

Pick a date in your calendar and book your trip today! 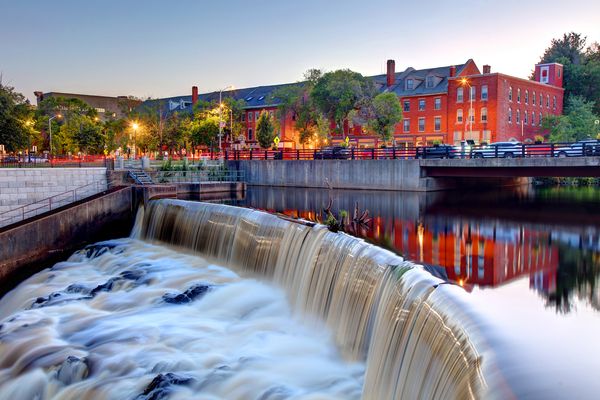 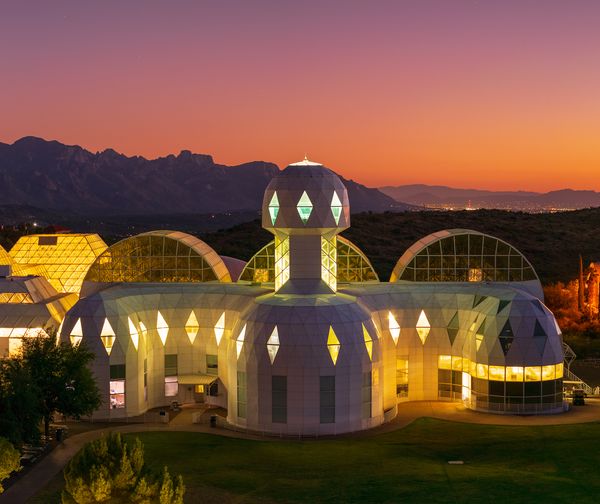