Visitors may take advantage of a unique opportunity to experience the best things to do in Mesquite, Nevada, having the best of both worlds: a small-town atmosphere with the amenities of a major metropolis.

Those who visit this desert oasis in the gorgeous Virgin River Valley will never forget the breath-taking sunsets, relaxed ambiance, and friendly locals.

Mesquite, a common desert plant, has been utilized for basketry and weaving since prehistoric times, while its sticky sap was used to manufacture glue, gum, and sweets.

Since prehistoric times, the lush Virgin River Valley has lured humans to the Mesquite area.

In the late 1870s and early 1880s, the first settlers came to the Virgin River Valley.

However, it wasn't until 1894 that pioneers were able to secure a long-term position along the banks of the Virgin River. In 1894, Mesquite was renamed.

Even though Mesquite Nevada's scenic Virgin River Valley is one of its most popular tourist attractions, numerous additional visitors travel to Mesquite for its luxurious casino resorts and spas at a fraction of the cost of larger towns.

Read on to discover the best things to do in Mesquite, Nevada.

Play in Luxury at CasaBlanca Resort and Casino

More than 450 luxurious suites and tower rooms are available at CasaBlanca in Mesquite, Nevada.

Previously established as Players Island, the resort debuted on June 29, 1995, owned and operated by Players International.

Randy Black Sr. purchased the property in 1997 after it had fallen on hard times, and he renamed it the CasaBlanca.

In addition to 800 slot machines and video poker, CasaBlanca's casino has Blackjack, Craps, Roulette, and Three Card Poker, as well as the Race and Sports Book.

Place Your Bets at Dotty's

Dotty's has two locations in Mesquite: one on El Dorado Avenue and the other at W Pioneer Boulevard.

It is possible to play video slots, video keno, and video poker simultaneously at the slot gaming parlors without needing to switch machines.

U1 Gaming, Ultravision, Buffalo, and other well-known gaming outfits have engaging titles for players to enjoy.

Each game can reward you with a growing jackpot mechanism that can be activated at random during gameplay.

Both casinos include a full-service bar and grill where you can get a variety of cuisines and drinks to keep you going throughout the day and night.

Nestled in the hills and valleys of northwest Mesquite, Falcon Ridge Golf Course is one of Nevada's most beautiful golf courses.

Falcon Ridge may be found 77 miles northeast of Las Vegas along Interstate 15 near Mesquite, Nevada.

Some of the most stunning scenery one has ever seen may be seen at this desert course designed by Kelby Hughes and Cresent Hardy.

This golf course is a must-play destination for golfers of all skill levels with dramatic elevation changes, various water features, and elevated mesa vistas.

One of the year's most anticipated Classic Automotive Show Events, the annual car spectacular attracts over 900 vehicles and thousands of onlookers.

Every year, the Mesquite Motor Mania welcomes all kinds of classic and specialty cars, including vintage, street rods, and hot rods, regardless of their year of manufacture or type.

It recognizes participants under Ladies' Choice, Kid's Favorite, Best Chrome Use, and the Hottest Flames categories.

Over the course of the weekend, several free events and activities will take place across the city.

The Casablanca, The Virgin River, The Oasis, and the Eureka are sponsor hotels where participating automobiles can be parked.

Viewers will decide the winner for each category.

This heritage museum is a homage to the early pioneers of the area.

When it comes to pioneer history, visitors to the museum may learn about the challenges faced by pioneers and get a sense of what life was like for those who made this wonderful valley their home.

It was originally built to serve the community as a library and museum.

It functioned as the Clark County Library's Mesquite branch for almost a year.

That's when they decided a medical center was a better use of their resources than a library.

It was only possible for Dr. Gilbert and Bertha Howe to open the hospital in Las Vegas because of the $35 gift from every household in town.

There were no other medical facilities until 1977 when the library building was turned into a hospital.

It was repurposed into a Boy Scout meeting hall after being vacant for a few years.

Historical artifacts from the Virgin Valley were returned to Mesquite in 1984 when the newly formed City of Mesquite took it over and declared it a museum.

The Virgin Valley Heritage Museum aims to educate the local community and visitors about the Virgin Valley, in particular Mesquite, Bunkerville, and the surrounding region of Southern Nevada.

Located in Mesquite, Nevada, the Mesquite Fine Arts Gallery & Center serves as a cultural and educational hub for the Virgin Valley.

This fine arts gallery encourages arts for all ages and cultures in the town and surrounding region.

It's also a location where local artists, craftsmen, and anybody interested in the arts can get together, grow their skills, and show off what they've accomplished.

Guests can expect nothing less than the best-golfing experience at Wolf Creek Golf Club.

It's a one-of-a-kind painting that greets you as you approach the first tee.

Because of Wolf Creek's beautiful fairways and bunkers (striped green and white), you'll know it's remarkable the moment you see it.

As you can see, this is just a taste of what is to come.

You can't help but wonder how they manage to put together such a stunning golf course, one hole at a time.

A hallmark hole is hard to come by after playing all 18 holes, and you're more likely to be impressed by the course's natural beauty than your score.

Wolf Creek Golf Club has welcomed players from all around the world since its inauguration in 2000.

Play with Your Fur Babies at Jensen Trailside Park

Jensen Trailside Park is a great place to bring your pets.

Your dog will have plenty of room to run about at the huge dog parks that the city has to offer.

There's also a lit, multi-sports field so that you can get a workout in as well.

Basketball and volleyball courts are available for team sports.

The onsite playground, which features slides and a jungle gym, is perfect for the little ones.

Hang out at the pavilion with a drink from the fountain when everyone needs a break.

Even BBQs are available to prolong the outside entertainment.

Take a Breather with Books and Nature at Mesquite Library

One striking aspect of this library is its terrazzo in the form of Lew Alquist's "Whorlpath," a swirling pattern, which covers the patio's floor.

The Public Art Program of the Phoenix Arts Commission provided the funding for this project.

The Valley Forward Association awarded it a Crescordia Award for Environmental Excellence in 1999.

Library Park is located just outside the Mesquite Library.

There is lots of open green area in this lovely park to set up a picnic and relax with a good book.

Bring a picnic blanket if you'd prefer to eat at one of the covered tables.

Having a shaded playground will allow you and your children to have a fun-filled day.

It's a great place to take your dogs for a fun run. Cleanup is a breeze, thanks to the trash bags and containers provided for the convenience of pet owners.

With DJ music and dancing ranging from modern to pop and Vegas-style shows, including tributes to The Blue Brothers and comedic acts from Comedy Central at the Casablance Showroom, visitors may enjoy various entertainment.

The cost of a ticket varies based on the event and the location of the seats.

Indulge in the resort's many amenities, including two swimming pools, a hot tub, an exercise room with weights and other equipment, tennis and shuffleboard courts, a barbecue area, and a library.

You may also request pull-out couches if you get units with one or two bedrooms.

A coffee shop, a restaurant, barbecue grills, laundry facilities, and a library round out the list of available services.

Party with Your Friends at Envy Nightclub and Lounge

Envy Nightclub & Lounge, nestled in the middle of Mesquite, NV, between Southern Utah and Las Vegas, NV, has quickly become one of the most popular nightlife locations in the area.

It is a one-of-a-kind Club/Lounge that blazes its trail in terms of style and sophistication.

Its drinks made with attention to detail and a dark, cozy environment don't go out of style.

Showcasing the best Jockeys from Florida to California, this nightclub brings you the best music from all genres, including House, Hip Hop, Electronic Dance Music (EDM), and Top 40.

Have a Workout Routine with Mesquite Fitness Club

The area's largest and greatest fitness club is now open across from Walmart on Pioneer Blvd.

It provides 10,000 square feet of the most up-to-date workout equipment and skilled fitness personnel and a wide variety of amenities.

Free weights, tanning beds, and cardio machines with TVs are all included in the gym's facilities.

A large group workout space is also available, with courses including Zumba, Yoga, and kickboxing, among others.

While it has no long-term obligations, it requires a $25.00 sign-up fee.

It's your club, so do things your way!

Make your way over to La Mexicana Market in Mesquite and stock up on all of your needed groceries.

A wide variety of meats, such as chicken and beef, are available for purchase at this reputable institution.

The bike racks outside La Mexicana Market are great for cyclists.

Drop by Mesquite's La Mexicana Market and stock up on fresh ingredients if you wish to cook your meals while on vacation in Mesquite.

Just two minutes away from Mesquite, the 350,000-acre Gold Butte National Monument is one of the most recently established national monuments.

The Mojave Desert is a chiseled red sandstone, tree-covered mountains, and winding canyons.

Gold Butte National Monument has a unique geological formation known as Little Finland, a 2,000 by a 400-foot expanse of orange/red Aztec sandstone.

Also, note that there is currently no tourist center or any contemporary amenities in the area.

Camel Safari's zookeepers will take you on an exclusive tour to feed camels and other exotic creatures and discover their way of living.

You may meet and greet all the unique animals on the grounds during Camel Safari.

The desert of Nevada is a fascinating place to explore, and you'll see more than 30 different kinds of camels, sloths, armadillos, porcupines, and other unusual desert animals.

This attraction is just a 16-minute drive from Mesquite.

Take a breather from the frantic pace of modern life by immersing yourself in the orderly chaos of a bustling city.

In Mesquite, Nevada, the options are nearly limitless, and so are the thrills that await. 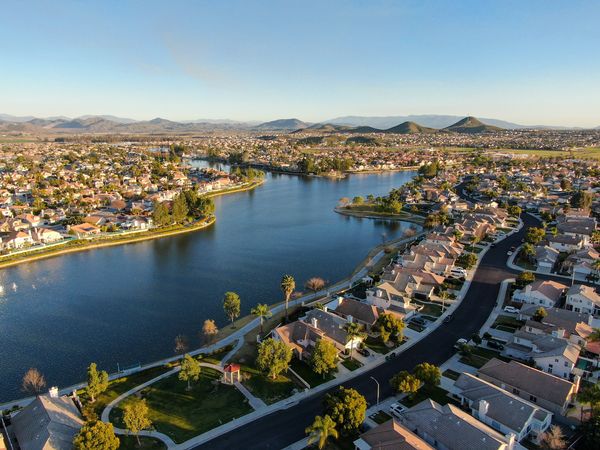 Experience the best things to do in Menifee in Riverside County, California. It's a perfect haven for those wishing to get away from the commotion and pollution of the city and just rest and enjoy a holiday. During the 1700s, the Luiseno and Pechanga Native Americans first inhabited the area. 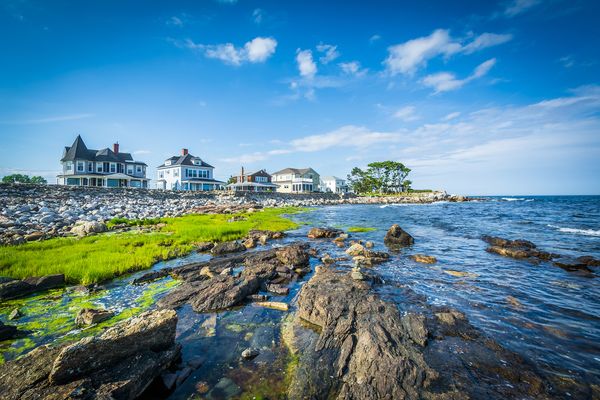 Enjoy a well-spent beach vacation in the Atlantic coastal town of Rye in Rockingham County, New Hampshire. This laidback town lies on an 18-mile shoreline, offering magnificent ocean views and New England islands nearby. The town has a rich history. Established in 1623, Rye is New Hampshire’s first permanent 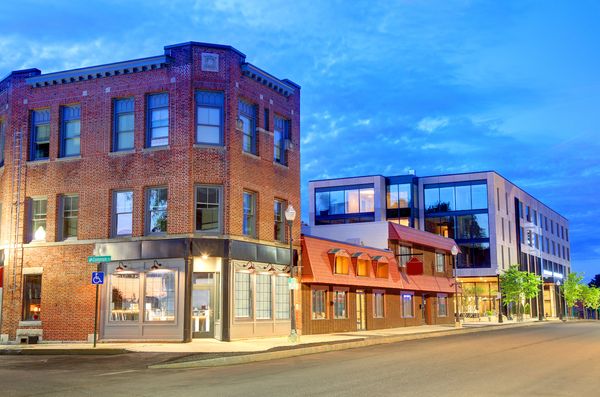 Waterville, Maine, sits at the west banks of the Kennebec River and is home to Colby College and Thomas College. It’s one of the principal cities of the Augusta-Waterville Maine Micropolitan Statistical Area. Like most places in Maine, most of Waterville is in the suburbs, but it still has