Fairburn is a city in Fulton County, Georgia, 30 minutes from Atlanta.

Despite being an emerging city for businesses and various industries, the city maintains a charming small-town atmosphere.

Its commercial district, housing commercial buildings and other establishments, is included in the National Register of Historic Places.

Aside from that, Fairburn offers both old-school and modern sights, places, and experiences.

Because of its proximity to Atlanta, Fairburn is a popular destination for day tours or even multi-day trips from the capital city.

That said, here’s a list of the best things to do in Fairburn, Georgia:

Participate in the Georgia Renaissance Festival

One of the main events in Fairburn is the annual Georgia Renaissance Festival, hailed as one of the must-see events in the Southeast.

Held during late spring and early summer, this Renaissance fair combines theatrical entertainment, crafts, and food to recreate the atmosphere of King Henry VIII’s time during the 16th century.

Feel as if you’ve stepped back in time as you watch juggling performances, musicals, acrobatic shows, and jousting competitions.

At the festival, guests are also encouraged to don their best period clothing, blending with the environment.

Acquaint yourself with Fairburn’s historic yet metropolitan sights by a short walking tour across Fairburn Main Street.

Created in 2017, the strip aims to attract investors into the Historic Downtown area, further leveraging local assets and helping keep the city’s economy and tourism alive.

The city’s historic architecture, combined with the numerous restaurants and shops lined across the street, makes for a perfect change of scenery from the modern shopping centers in nearby cities.

Shop at the Fairburn Farmers Market

Like most farmers’ markets, it aims to uplift Fairburn’s local economy and promote sustainable farming practices and healthy living.

On your visit to the market, shop for fresh produce, spices, organic meat and poultry, homemade pastries, jams, and spreads.

You can also shop for gift items, handmade soaps, and other handcrafted items made with love.

Aside from its stalls and shops, the Fairburn Farmers Market also has live music and old-fashioned family-friendly games.

It aims to provide entertaining shows all year round and allows local volunteers to experience what it’s like working in the theatrical arts sector.

Over the years, the guild has won awards for Best Set Design, Sound Design, Lighting Design, and more at the Metropolitan Atlanta Theatre Awards, proof of the organization’s caliber.

On your visit to Fairburn, drop by Southside Theatre Guild on West Campbellton Street and catch one of their live performances.

You can also get involved with the organization by donating, volunteering to help out, and even auditioning for a role in one of their upcoming plays!

Duncan Park is one of the main city parks in Fairburn, located on Rivertown Road.

Go for a jog or run at the 3.6-mile trail with plenty of shade, slight elevation gains, and scenic lakeside views.

Rated as easy, the track is perfect for beginners and intermediate runners for a quick run.

Take a dip in the pool or have your children play at the splash pads and water slides in the pool area.

Even if you don’t plan on breaking a sweat, you can still enjoy the peaceful surroundings at Duncan Park as you spot turtles and ducks in the lake area, read a book, or take a walk while taking in the views.

Get your Mexican food fix at La Costa Tacos Y Mariscos, a family-owned restaurant that dates back to 1994.

Don Arturo Avila, a farmer from Mexico, opened a mobile food truck with the help of his two sons as he wanted to share the taste of Mexican cuisine around the country.

Today, the restaurant has branches in California, Texas, and Georgia, owned and operated by his children.

The restaurant also serves seafood-based dishes like ceviche, raw oysters, and campechanas, a cold soup with chunks of seafood.

Admire the Artworks at Gallery Miriam

Established in 2009, it offers thoughtfully-curated paintings, sculptures, masks, and other art pieces.

Most artists featured in the gallery have won prestigious awards from European and Asian competitions.

Have a Drink at Cochran Mill Brewing Company

Stop for a bottle of cold beer and live music at Cochran Mill Brewing Company, located on Word Street.

The brewery is the brainchild of a father and son duo from Chattahoochee Hills, GA, who started brewing as a pastime.

Their hobby soon became a source of income when friends and neighbors encouraged them to establish the company.

Visit the taproom and tour the 2,000-square-foot facility to gain a deeper insight into the brewing and production process.

On select evenings, you can enjoy live music from local bands as you enjoy your ice-cold beer.

Stop by the Campbell County Courthouse

The Old Campbell County Historical Society, which aims to preserve the history of the former county, is now headquartered in South Fulton.

Despite this, the Campbell County Courthouse remained one of Fairburn’s most visited historical sites, listed on the National Register of Historic Places in 1976.

Visit the old courthouse and admire its timeless architecture, with its red brick exteriors, two-story portico, unfluted Doric columns, and Italianate windows that showcase a harmony of architectural styles.

These programs foster healthy competition and allow young and experienced athletes to play and learn at their comfort level.

You can come with a team or as an individual and get a chance to meet and play with other sports enthusiasts in their pick-up sessions.

XL Sports World also offers party packages for kids, including the use of equipment and playing fields and courts.

Visit the Hindu Temple of Atlanta

Drive 20 minutes east of Fairburn and enjoy a change of scenery at the Hindu Temple of Atlanta, one of the few Hindu temples in Georgia.

The temple was built in October 1984 to serve Atlanta’s Hindu population, boasting traditional designs and features seen in most temples in Southern India.

In addition, both complexes house shrines for other deities like Padmavathi, Hanuman, and Ganesha.

Visit the Hindu Temple of Atlanta and feel a sense of solace as you wander through the halls and prayer rooms.

You can also join yoga, Sanskrit, and dance classes on weekends.

Since you are visiting a place of worship, make sure to wear proper attire and follow temple etiquette.

One of the main attractions in Cochran Mill Park is Henry Mill Falls, a scenic sliding waterfall that cascades over a broad rock outcrop, creating a shallow pool.

Henry Mill Falls is also one of the relatively remote falls in the area, offering a calming mid-hike stop before you resume your adventure.

Meanwhile, follow interpretive trails and learn more about the area’s history and other interesting facts about the park.

Serenbe is a charming neighborhood 15 minutes from Fairburn, offering rolling hills and a rustic atmosphere.

With Serenbe Trailriding, get a chance to explore the paths and hills on horseback, guided by an expert team of wranglers and trail riders.

Even if you have little experience with riding horses or are an experienced equestrian, you’re sure to enjoy every bit of your excursion.

Not only will you enjoy the scenery of Serenbe, but you’ll also be giving the rescue horses a chance to live and experience a good life.

After your trail riding experience, enjoy farm-to-table regional delights at The Farmhouse at Serenbe.

There are different trails you can follow, some of which are easy and take you through a tranquil hardwood forest before arriving at the creek.

There’s also a small pond, fishing dock, and a gazebo where you can sit back and relax if you don’t plan on hiking.

Line Creek Nature Area is also a dog-friendly destination, although dogs should be on a leash on the park grounds.

At the Visitor Center, find artifacts from Native Americans and remnants from the Civil War before embarking on your adventure-filled day.

Follow the wooden trail and come across the ruins of what used to be the New Manchester Manufacturing Company, one of Georgia’s largest factories and textile mills before it burned down during the Civil War.

Then, climb the rocky bluffs and marvel at the view of the rapid below.

Aside from its hiking and running trails, other highlights at Sweetwater Creek State Park include its reservoir lake, vast meadows, and wildflower fields that look stunning in autumn.

With so many areas to explore, consider staying overnight at the park’s yurt village or tent campsite to make the most of your stay.

There are many things to enjoy in Fairburn, such as shopping, sightseeing, and culinary opportunities.

Shop at the farmers’ market, dine at homegrown restaurants and breweries, break a sweat at the parks, and join its festivities.

If you’re looking for a vacation away from the metro’s towering skyscrapers and fast-paced lifestyle, visit this city and enjoy the best things to do in Fairburn, Georgia. 20 Best Things to Do in Avila Beach, CA 15 Best Things to Do in Waterford, CT 15 Best Things to Do in Richmond, CA 15 Best Things to Do in Sunrise, FL 15 Best Things to Do in Oconto, WI 15 Best Things to Do in Hanover, PA 15 Best Things to Do in Carlyle, IL 15 Best Things to Do in Leander, TX 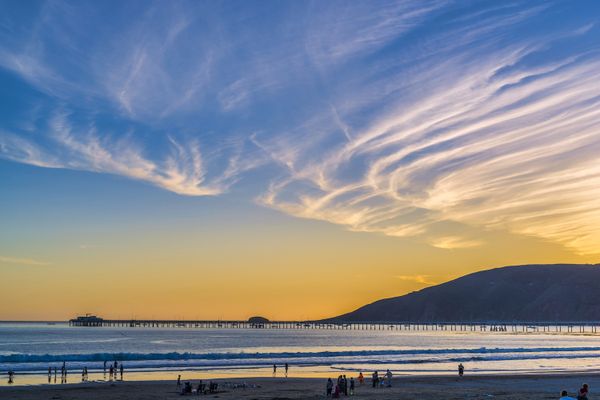 Avila Beach, a quaint and unassuming beach town located in San Luis Obispo County, is one of California’s hidden gems. Tourists often visit this picturesque town for its warm weather, stunning landscapes, clear beaches, and historic sites. Though it may be lacking in size, this town offers lots of 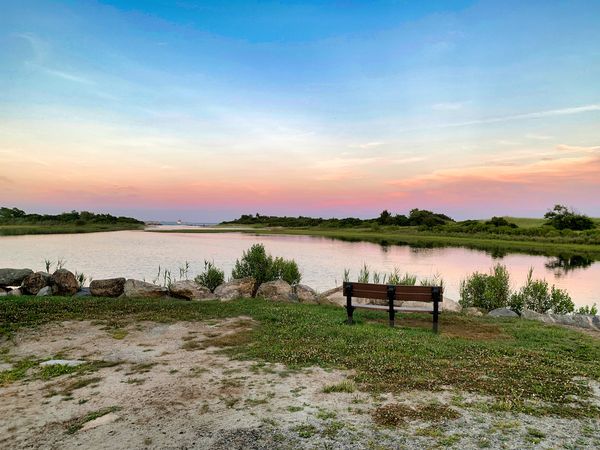 New London County's charming town of Waterford is a sister to its namesake in the Republic of Ireland. Its location along the shores of Long Island Sound makes it an idyllic vacation destination for those coming from the Northeast. Historically, Waterford's founding dates back to 1801, and it grew into 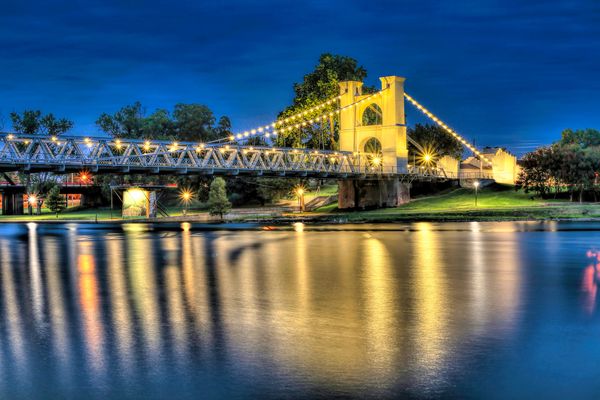 If you're looking for a place to experience the history of Texas, Waco is the perfect spot. This city has a population of around 130,000 and was founded in 1849. In 1849, Waco was founded as a trading post on the Brazos River. It quickly grew into a prosperous