Cullman, Alabama, is a shining example of the unique charisma of the American South, shaped by a rich European heritage and the charm of the rugged country.

Founded by the German Col. Johann Gottfried Cullmann in 1873, the city has developed into one of the South’s centers of history and progress.

Today, you can still see Cullman’s historical roots in its museums, public parks, and many other landmarks.

If you’re curious about the complex history of the United States, head over to this fascinating city.

You’ll learn how enterprising persons with grand ambitions laid the foundations for the American dream.

Want to learn more about Cullman, AL? Check out the list below.

Stir Your Spirit at the Ave Maria Grotto

The site sits on a well-manicured and landscaped hillside, which contains 125 small stone and cement structures.

The grotto itself belongs to the historic St. Bernard Abbey, Alabama’s only Benedictine monastery for men.

Brother Joseph Zoetl built the hundred miniatures during his 70 years of service as a monk in the abbey.

The Grotto itself was designed to hold Zoetl’s creations, which he began in 1912 and lasted until 1958.

Among the structures in the Grotto is Zoetl’s miniature replica of the Lourdes Basilica Church.

Upon his death in 1961, Brother Zoetl was buried in the Abbey Cemetery, the resting place for the Benedictine monks.

Visitors to the Grotto are also welcome to visit the Brother’s grave.

Your trip to Cullman is incomplete without spending a day at the Sportsman Lake Park.

It doesn’t matter whether you’re with friends or family, since the park offers a variety of activities for people of all ages.

Located in downtown Cullman, the Park is built around a shallow body of water, allowing visitors to fish and observe wildlife.

You can also pitch a tent or camp out in your RV, as well as hang out at the picnic tables or under the pavilions.

Your kids can even ride the small train that circles the park while you play some golf at the 18-hole Putt Putt course.

These activities are just a small sample of the things you can do at the park, so if you want to do everything, you must go there.

Learn Your History at the Clarkson Covered Bridge

Built in 1904, the Clarkson Covered Bridge was used to connect farmers and travelers to Crooked Creek.

Today, it is one of Cullman’s fondest attractions, a rich historical site, and a popular wedding venue.

A massive storm split the bridge apart in 1921, sending one of its pieces downstream.

Luckily, this piece was salvaged and was then used to restore the bridge a year later.

In 1974, the bridge was named to the National Register of Historic Places, cementing its legacy as one of Cullman’s historical landmarks.

Through the years, the Cullman County Commission has surrounded the bridge with various amenities, such as hiking trails and picnic areas.

The Commission also built period structures around the bridge, emphasizing its historic status.

These buildings are a Dogtrot log cabin and an actual working grist mill.

If you want your wedding to have a timeless feel, go to the Clarkson Covered Bridge and etch your names into Cullman history.

Founded in 1955 by Ed Smith, Smith Farms is now known across the US as a producer of authentic Southern food products.

Today, Rodger and Lori Turner run the farms, where they continue to use time-honored recipes and techniques to create their popular products.

At Smith Farms, you’ll get to experience the delights of traditional Southern food.

These include cured pork, as well as hams, bacon, and sausage smoked with real hickory wood.

You can also grab some aged Amish and Wisconsin cheeses, pure honey, and a line of jams, preserves, and fruit butter.

Founded in 2015 by a group of friends, Goat Island Brewing has revived the art of craft beer in Cullman.

The brewery has created award-winning beers that made its name among beer aficionados across the state and across the country.

Among Goat Island’s prize-winning beers are the Richter’s Pils, which won the gold medal at the 2017 Alabama Craft Beer Championship.

This beer carries the heavy influence of the German immigrants that founded the town in the late 1800s.

Another award-winning Goat Island brew is the Sipsey River Red, which won gold at the 2016 Alabama Craft Beer Championship.

The beer is meant to evoke the feeling of walking in the Sipsey River Wilderness area during summertime.

Camp Out at Smith Lake Park

If you’re feeling like spending the night in the great outdoors, head over to Cullman for a camping night at Smith Lake Park.

The Park is situated on the shores of the 21,200-acre Lewis Smith Lake and is open year-round for campers.

At the Park, you can choose from nine cabins and 219 full-service campsites, which are served by five water and electric sites.

If you prefer pitching tents, the Park also offers 61 tent sites for you.

These spaces include playgrounds, a pool, a fishing pier, a stage, and a boat launch.

John Cullmann was a German immigrant who founded the city and county of Cullman in 1873.

In honor of his legacy, the Cullman County Museum was built inside a replica of Cullman’s original 19th century home.

Cullmann’s vision of starting a colony for his fellow German immigrants bore fruit in the eponymous county.

Now, you can see these fruits for yourself at the county museum.

You can learn the history of the Native Americans in the area and the pioneer settlers who made Cullman their home.

Likewise, you can also learn more about the local wildlife that had inhabited Cullman even before humans got there.

Cullman is also known for its many antique shops.

One of these stores is the Southern Accents Architectural Antiques, started in 1969 by Dr. Garlan Gudger.

As Cullman began to demolish its buildings, Dr. Gudger decided to salvage as many architectural objects as he could.

Dr. Gudger’s collection began to grow soon after, which attracted enthusiasts from the city and outside.

When interest in his antiques grew enough, he opened his own shop in North Cullman.

The United States has a long and venerable history of heroes who answered the call of duty and gave the ultimate sacrifice for freedom.

In Cullman, you can honor their sacrifice at the Veterans Memorial Park.

When you visit the park, make sure to stop at the Alabama Veterans Memorial Wall.

The monument contains the names of 1,209 Alabaman soldiers who gave their lives in the Vietnam War from 1963 to 1975.

Likewise, the Park holds a unique cement waving flag together with a US Army tank.

For special events, a pavilion sits inside park grounds, which can seat 150 people.

Find the Divine at the St. Bernard Abbey

Visitors who’ve checked out the Ave Maria Grotto can proceed to St. Bernard Abbey, which welcomes guests of all ages and beliefs.

Known for their hospitality, the Benedictine monks at the abbey offer amenities for individuals and groups who want to visit.

If you want to hold group retreats, meetings, conferences, or workshops, the abbey has facilities for you.

You can also stay at the abbey after a day visiting Cullman’s sacred places, like the Ave Maria Grotto.

The oldest house in Cullman is Weiss Cottage, which was built in 1875. When it was built, it served as the house and clinic of Dr. Aldo Weiss.

Today, the cottage is a historical site where visitors can experience 19thcentury life in Cullman.

Inside the cottage are 19th-century artifacts, including Dr. Weiss’ medical equipment.

The Cullman County Museum holds tours at the Weiss Cottage, which still has a traditional porch and other period adornments.

You might not believe it, but even downtown Cullman offers a bevy of outdoor fun for the whole family.

Bring them to Heritage Park for a day of good old family-friendly fun, from sports to picnics.

Grow your family’s teamwork through team sports, like baseball, basketball, soccer, and softball.

You can also just play golf with your dad or take your pets for a walk while your kids enjoy the playground.

If you get hungry, you can hit up the nearby restaurants for a hearty family meal.

Take the Plunge With Skydive Alabama

If you’ve been dreaming of becoming a skydiver, you’ll enjoy visiting Cullman.

Skydive Alabama offers many activities for skydiving enthusiasts, whether pro or amateurs.

From tandem skydiving to tutorial courses, Skydive Alabama should quench your thirst for adventure.

You can also grab gift certificates if you want to share the thrill with a special person.

Skydive Alabama also has a team of skilled and experienced professionals who will guide you and ensure your safety.

As the country's longest commercial indoor above-ground range, Cullman Shooting Sports offers plenty of space for tourists who might want to try something new.

You can also check out the range’s selection of firearms and firearm accessories.

If you’re an amateur, you don’t need to worry.

The range will train you, whether as an individual or as part of a group.

Certified instructors will make sure you don’t hurt yourself or anyone else.

Stuff Yourself at Moe’s Original Bar B Que

After a long day of doing touristy stuff, you’ll want more than a bite.

The best barbeque in the region can be found in Cullman’s own Moe’s Original Bar B Que.

An array of special sauces and tasty side dishes will complete your meals and fill your belly.

For the tourist who wants a little bit of everything, the city provides a hefty sampler of activities and attractions. 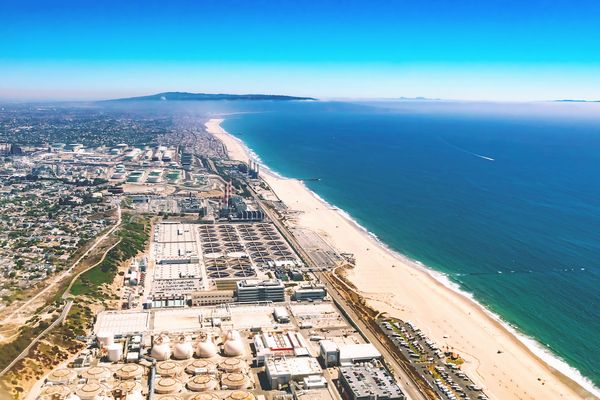 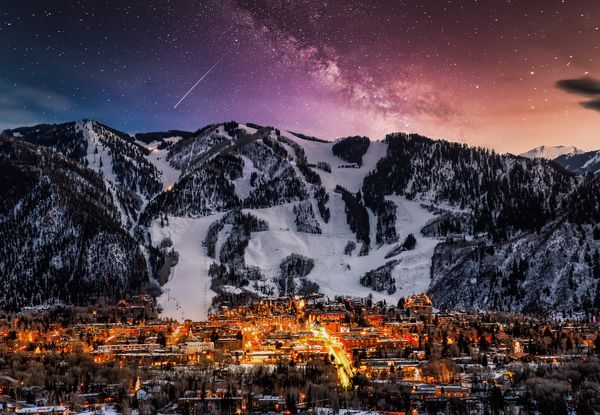 Nestled close to the mountains, the town of Aspen is most known for luxurious ski resorts and stunning nature views. However, Aspen was once a prime mining camp area, especially for silver, during the 1880s. When the silver boom ended, the town’s reputation declined until the establishment of its