Tupelo is an enchanting city in Mississippi featuring a delightful mix of history, art, culture, and scenic natural beauty.

It is world renowned for being the birthplace of rock legend Elvis Presley. Tupelo is host to countless vibrant festivals and events that take place consistently through all four seasons.

It is also the location of two historic Civil War battlefields. The picturesque Natchez Trace Parkway meanders through this city.

With numerous colourful street murals and  majestic statues, it provides opportunities for taking loads of great pictures. You can indulge in a multitude of outdoor recreation, such as camping, disc golf, hiking, water skiing, fishing, and plenty more.

The birthplace of the King of Rock ‘n’ roll, Elvis Presley, is located in Tupelo. The home was built by the singer’s family with $180. Owing to financial hardships, the family eventually had to move out a few years after Elvis was born.

Located in the Elvis Presley Park, the home has now been converted into a museum. The park also features a chapel, Presley’s childhood church, and many impressive statues of the late singer.

Several thousands of fans visit this place every year making it a prime tourist attraction of Tupelo.

Owned and operated by a US Army veteran, this museum features exhibits from the World Wars, Civil War, Korean War, Gulf War, and Vietnam War.

The museum is a tribute to the US army for their sacrifices for the nation. You can also get to interact with the owner, Tony Lute, while touring this place.

The distinguishing feature of this zoo is that you can pet the animals and feed them as well. Kids can try pony rides at the zoo. They also organise parties and colouring contests.

This is the site where the Confederate army emerged victorious in a battle against the Union troops in June, 1864.

The victory resulted in the Confederate army, led by General Nathan Bedford Forrest, capturing a railroad which was used to send military supplies and food to the Union soldiers.

Today, the site features two cannons and a memorial. Next to the historic battlefield lies a cemetery consisting of the graves of nearly 100 Confederate soldiers who lost their lives in the battle.

It provides access to a wide range of outdoor recreation, such as hiking, picnicking, cycling, boating, birding, camping, and others. This road approximately follows the Old Natchez Trace which is a historic footway formerly used by Native Americans, European explorers, soldiers, and slave dealers.

This parkway is one of the prime attractions of Tupelo. Go on a long drive and make stops along the way to experience the region’s astounding natural beauty.

Tupelo is renowned for its incredible street murals. The 1950’s Elvis Mural was created by famous graffiti artist, Ryan Christenson, in 2018 during the Tupelo Elvis Festival.

It is one of the best murals of this city. The Book Stack mural was painted by a regional artist in 1997.

It depicts the story of a local family business named Reed’s Department Store which has been a part of Tupelo for over a century. The Buy Local Produce Mural was painted by students of a regional high school, their art teacher, and a local artist.

It is located near the Farmer’s market and features a beautiful farm with a flower garden, many vegetables and fruits, and a tractor.

This park is a popular site for a wide range of recreational activities such as camping, fishing, hiking, picnicking, and disc golf.

It features a lake, playground, barbeque grills, tennis courts, ball field, picnic tables, and more. Lake Lee is a popular spot for fishing and is located at the centre of the park.

Surrounded by dense foliage, the lake is a spectacular visual to behold. Go hiking along the invigorating trails, enjoy a picnic against the picturesque backdrop, play a fun game of volleyball, soak up the tranquil atmosphere, and camp here at night.

This humungous statue of the king of rock ‘n’ roll is situated near the City Hall in downtown Tupelo. It was inspired from a famous photograph of Elvis taken during his homecoming concert in this city in 1956 and was sculpted by a regional artist.

The statue is one of the top tourist attractions of this city and is a great spot to take pictures. It is located at the same spot where the concert took place.

Tupelo is home to a multitude of  grand  and vibrant festivals that take place consistently all year round.

Several thousands of diehard fans from across the world flock to Tupelo to be a part of this event every year.

Frank’s Labour Day Annual Balloon Race Festival or FLABR Fest is one of the biggest and most colourful events of this city.

It is organised by Frank Anger, a hot air balloon pilot having over a quarter of a century’s experience. Several kaleidoscopic hot air balloons patrol the skies of Tupelo every year on Labour Day.

It is a stunning visual to behold and attracts myriads of people, both tourists and locals alike. The balloons take off from Veterans Memorial Park.

Café 212 is one of the best places to eat in this city. They serve moth-watering sandwiches, coffee, soups, and salads at pock-friendly rates. Their White Cheddar Pimento Cheese Sandwich is a must-try.

This is a great spot to grab lunch or enjoy a nice cup of coffee. Kermit’s Outlaw Kitchen specialises in local and American cuisine.

They’re known for their meat-centric dishes and source majority of their ingredients from local farms.

This historic Civil War battlefield is where the Union troops defeated the Confederate army after a battle lasting for two days in July 1864.

The Union soldiers, led by General AJ Smith, didn’t want the Confederate forces to disrupt the Union’s “march to the sea” campaign in Georgia by obstructing the railroads sending supplies.

Since its inception in 1969, this award winning theatre has presented over 300 plays. Located at the historic Lyric Theatre, it is a popular attraction of this city. Over the years the theatre has diversified and currently also presents musicals, comedies, and cabaret.

Their second location in Tupelo is TCT Off Broadway which presents outstanding cabaret performances and is a great place for a wonderful evening’s entertainment.

Dating back to 1993, this arena was home to Tupelo’s indoor football and ice hockey teams. It is currently used for organising musical concerts, parties, exhibitions, sports tournaments, entertaining performances, and various other events.

Elton John, Aerosmith, Toby Keith, Florida Georgia Line, Goo Goo Dolls are some of the big names who have performed here. Get tickets to a concert at this arena and enjoy an unforgettable experience.

Gumtree Museum of Art is a renowned visual arts gallery located in downtown Tupelo. Established in 1982, it features a permanent collection as well as rotating displays.

All their exhibitions are absolutely free to public. Art works by local high school students are exhibited here multiple times during the year.

Gumtree is also known for their annual festival which takes place over a weekend in May and features diverse works by numerous regional artists, music, live performances, and delicious food stalls.

You have the opportunity to interact with the artists while looking at their works at this event. The festival aims to celebrate regional art and artists. Experience the vibrant local culture at this festival while exploring great artistic works.

This park is a popular place for camping, picnicking, hiking, disc golf, golf, and water adventures.

The lake provides access to water skiing and fishing. This is a great place for you to explore nature while being close to the city.

Being a popular location, it is recommended to make reservations ahead of your visit.

Escape from the mundane life and travel to a mysterious world or a different time.

Bring along your friends and family to solve mind-boggling puzzles and unravel mysteries to discover hidden treasures or save the world. Become a secret agent or a guest of Houdini for a day in Paradox’s immersive adventure games.

They provide entertaining experiences for all ages that are bound to give you an amazing time.

Their most popular challenges include Houdini’s challenge and The Office of Secret Agent 22. It is recommended to make reservations ahead of your visit as it is a very popular attraction.

This is a biannual furniture market that dates back to September 1987.

It is organised every year in January and August and attracts several thousands of patrons from the USA and across the world.

They showcase products from over 300 regional vendors selling aesthetically pleasing and durable furniture at affordable rates.

Located in Ballard Park, this museum educates its patrons about the history of Tupelo and its nearby regions.

Its permanent displays portray the historic Battle of Tupelo, prominent achievements in agriculture and industry, the destructive cyclone in 1936, Chickasaw history, and more.

The museum hosts the Dudie Burger Festival and the Dogtrot Festival in May and October respectively.

Numerous events are organised here throughout the year, such as toy exhibits, geology exhibits, fossil shows, summer camps, and more. The park in which the museum is situated features scenic views, play areas, picnic spots, and hiking trails along a lake.

This store is where Elvis Presley’s mom bought him his first guitar and the rest is now history. You can visit this store, look around, and interact with the employees who will tell you various stories about Elvis.

Located in downtown Tupelo, it is a family operated business which is close to a century old.

This is a one of a kind antiques mall. It hosts over a hundred antique vendors selling a broad array of vintage goods such as furniture, home décor, apparel, glassware, clocks, paintings, cutlery, jewellery, and plenty more.

The mall also features stores of local artists exhibiting their works and a nice coffee shop.

Best Things to Do in Vicksburg, Mississippi 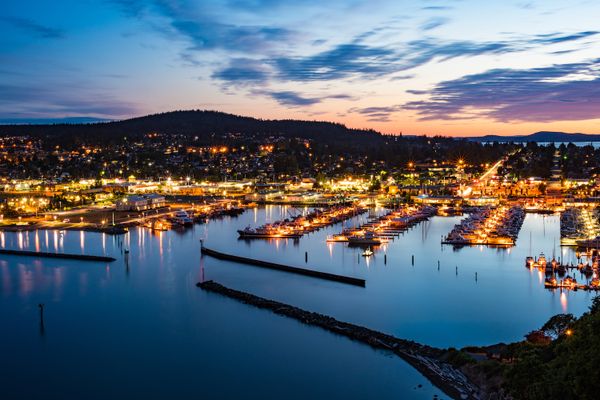 Halfway between Seattle and Vancouver lies the beautiful seaside city of Anacortes, Washington. It sits on Fidalgo Island in Skagit County, right in the Banana Belt region that enjoys more sunny days than the rest of the rainy state. As the main dock and terminal for ferries to the San 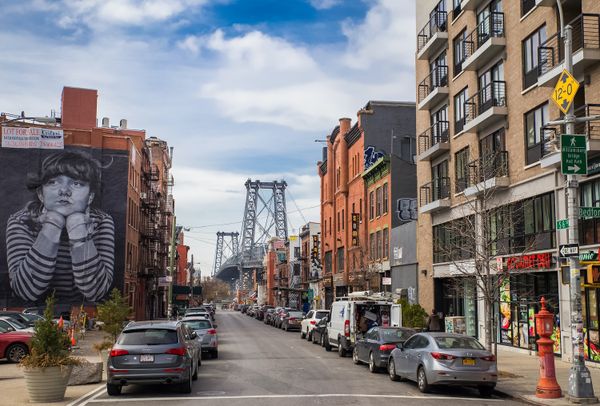 Williamsburg is a waterfront neighborhood in the New York borough of Brooklyn, with open skies unobstructed by skyscrapers and a slower buzz in its pulse from the rest of the city. As of the latest census, it has 151,308 residents and is a culturally and ethnically diverse place, with 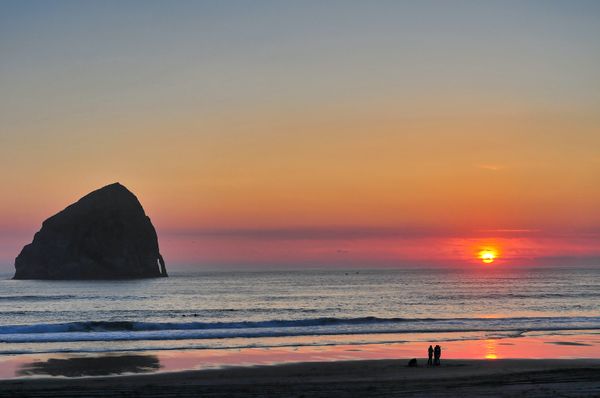 The Pacific City is a tranquil coastal hamlet on the border of Three Capes Scenic Drive with the impressive headland of Cape Kiwanda. It is a great spot to have peace of mind with a couple of beers, climb massive dunes, catch waves on the beach, bike unto the picturesque