See also: Best Things to Do in Tokyo

The district of Roppongi is well-known all around the world as a place of raving nightlife and luxurious residential area. What most of the world doesn’t know – and would find out once they spend some time in this fascinating place – is that Roppongi is a highly diverse and interestingly wholesome place, with tons of things to do in the length and width of the district. Roppongi has so much for the people to offer, including museums, temples, shrines, restaurants… Do I really need to go on?

The name, Roppongi Hills, is slightly misleading. No, it is not the name of a range of mountains, but actually of an urban redevelopment project, well-known for its luxurious residential and shopping options. Referred to as ‘a city within the city’, the project started in 2000 and started functioning in 2003. The Mori Tower, one of the biggest attractions of the Roppongi Hills, extends up to 54 floors, nestled within it a number of stores, cafés and restaurants, clinics, corporate offices and an art museum. Some of the many points of attraction include TV Asahi Headquarters, Gate Tower, Roppongi Hills Residence and Tokyo City View. It was actually found that more than 40 million people visit Roppongi Hills annually.

Mori Garden, located within the heart of the city, is a traditional Japanese garden where one can experience complete serenity, surrounded by modern landscape. The site on which it is currently standing is 400-year-old, formerly the location of a mansion of a feudal lord – Mori-Kai Mamoru - from the Edo period. It spans up to 4300 square meters, with ginkgo trees and cherry blossoms sprinkled all over the place in a pretty display. There is a pretty pond, complete with a waterfall as well as a mountain stream and a river babble. People usually gather in the garden to either enjoy the Sakura trees or look at the medaka fish, an unusual addition of the beautiful pond.

Louise Bourgeois’ famous spider has found its home in various destinations across the world, one of them being Roppongi, Tokyo. Located under the Roppongi Hills, Maman stands tall at 30 feet and extends 33 feet across. If you stand under the structure, you can gaze at the 26 large marble eggs supported within abdomen and thorax made of bronze. The original one was created by Louise Bourgeois’ as an ode to her mother, who died when the artist was 21. The ‘Maman’ was created to promote the idea of the nurturing and loving nature of motherhood. Though slightly unnerving, the Maman’s charm seems to lures more and more people every day.

Roppongi Keyakizaka Dori is a picturesque place in a luxurious neighbourhood of Roppongi. Located at a slight vantage, the place offers a picturesque view of the surroundings, filled with trees and flowers and is especially a pretty place during the Sakura season, when the cherry blossoms are in full bloom and the whole area is painted in the shade of soft pink. While the street is a short one, starting from one complex and ending at the next, there are a handful of cafés and restaurants in the middle of the plethora of trees. Roppongi Keyakizaka Dori is a place where you can enjoy a nice and quiet stroll; and a pretty one too if you visit during the Sakura season.

The Mori Art Museum, the National Art Center and the Suntory Museum of Art together form the Roppongi Art Triangle. Since all of them are in a walking distance, one can complete this ‘artistic’ tour in a few hours even. The Mori Art Museum is located at the top of the Mori Tower and is a quaint place for art lovers. Found in 2003, it is the largest museum of contemporary art in Tokyo. The National Art Center, established in 2007, is a mesmerizing art gallery, with the largest exhibition space inside and is known for not maintaining permanent collections since it was established. The Suntory Museum of Art is a versatile place, showcasing arts and crafts not only of Japanese essence but also of western and eastern origins. Together, they give you a cutting-edge and fulfilling artistic experience; something you shouldn’t miss out on.

Zojoji Temple, moved to its current location in 1598, sits at the east of Roppongi Hills and is a beautiful Buddhist temple in Shiba Park. It is, in fact, the oldest – and still standing – wooden structures to be encountered in the whole of Tokyo. It is the head temple of the Jodo sect of the Kanto region’s Japanese Buddhism. In addition to the amazing structure of the temple, the premises also contain a mausoleum of Tokugawa family, a garden and a museum. The main entrance gate, the Sangedatsumon, is the only aspect that hasn’t required any kind of repairing, having survived natural and manmade calamities since centuries. Peaceful and calm, one can actually feel a state of Zen once they step in the temple’s premises.

New Otani Tokyo is a luxurious hotel and quite a famous and a globally acknowledged one at that. New Otani Tokyo has, in its premises, more than 30 restaurants as well as bars, all serving a perfectly delicious menu. Found in 1964, the hotel offers loads of activity and facilities, in order to make their guests’ experience wonderful and fulfilling. Visitors can also spend their time in a shopping arcade the hotel provides or stroll around in a pretty Japanese-themed garden, which covers around 10 acres of the hotel property. New Otani Tokyo, with all its comforting glamour, just promises luxury and good times.

Fujifilm Square, located in Roppongi, is a museum of photography, holding more or less 200 years of photography history, documented with the help of historically popular cameras of various brands. There are, therefore, hundreds of vintage cameras put carefully on display, including the Obscura, which is Japan’s oldest camera, dating back in the 18th century and also Leica A, a 35mm film camera from 1925. There are more than 300 cameras and films which tells the visitors the fascinating story of the Fujifilm brand, right from the founding of Fuji Photo Film Co. in 1934 to the present scenario. A section of the museum called ‘Touch Fujifilm’, is where visitors get to touch and try some of the Fujifilm cameras and lenses.

Any travel plans to Roppongi are incomplete without experiencing the nightlife. There are seemingly infinite night clubs in the neighbourhood, but one of the best places is Esprit Tokyo. Located on a minute’s distance from the Roppongi station, there is never a quiet night in this club. It is a massive place with the capacity to hold around 450 people at a time. The club is well known for its huge LED panel screen and amazing music equipment. Drenched in bright neon lights, it is divided into two floors, where people gather to have fun and dance to the beats of famous DJs. The menu is pretty cheap, with the club sometimes offering one free drink to their visitors.

Nori Shrine, located at a distance of less than a kilometre away from Roppongi Station, has a twisted and dark past. When Emperor Meiji died in 1912, General Nogi Maresuke and his wife, Shizuko, decided to join their beloved emperor in death. The general performed Seppuku, while his wife slit her own throat. A shrine was established next to their house, in the year 1923, to honour their sacrifice. While the grounds of the place are open for visitors all around the year, the house is open just on two days of the year, i.e. the eve and the anniversary of their death. If are a fan of the dark, Nogi Shrine is a must-visit.

Toyokawa Inari is a Buddhist temple belonging to the Soto sect. You can pay your respects to deity Dakini-shinten, who is enshrined in there. It is a branch temple of the main Toyokawa Inari Temple, in Toyokawa City. The entrance path is lined with red and white flags – Inari’s colours, while the foxy zone – Reiko Zuka – is where visitors offer their prayers amidst the fox-shaped statues. The statue of the deity – Dakini-Shinten – was forged by the Emperor Juntoku’s third son, on the basis of his spiritual vision. The temple is believed to fulfil people wishes, especially of people who wish to step in entertainment or athletics. The temple extends on a larger area and makes sure to bestow on the visitors a feeling of calm and serenity.

Being in Roppongi and not visiting Sukiyabashi Jiro for their world-famous sushi is a crime – go ask the regulars of the restaurant! You will know this place from the documentary, ‘Jiro Dreams of Sushi’. This is a sushi restaurant, founded by the sushi master and one of the living legends of Japan, Jiro Ono. The sushi master manages the Ginza branch, whereas his son looks after the Roppongi Hills branch. The restaurant has received two Michelin stars for its incredible cuisine and the perfect ambience. Since there are only 10 seats in the restaurant, admission is taken only on a reservation basis. It is a small restaurant, but a pretty good one – even Barack Obama claims that the restaurant’s sushi is ‘the best sushi I’ve ever had in my life.’

Roppongi district has a list of hidden gems, including a number of shrines. One of them is Atago Shrine, well known for the steep stairs, fueling the belief that one will be successful once they have reached the top of the stairs. That has led the stairs to be called as Otokozaka, literally, ‘stone steps to success’. It was built in the year 1603 by the first shogun of the Edo period, Tokugawa Ieyasu, bringing Atago Gongen to this shrine from Kyoto Shrine. There is also a pond and other small shrines on the premises. The place is dotted with a number of cherry blossoms and beautiful, colourful leaves, giving a serene and charming vibe to the shrine.

Roppongi Kaguwa is one place which offers a unique experience in a traditional Japanese way. There are a number of performances organized in the place, including a performance of the perfect rendition of the red-light district of the Meiji era. The place offers a delicious buffet for the visitors, which is open until ten minutes before the start of the performance. The dancers here don themselves in colourful kimonos and stealthy ninja costumes, giving the visitors a glimpse into the country’s history through their performances, dances and sword fights. There are also traditional segments, showcasing unusual Japanese acts, some cute ones, while some creepy ones. The show lasts for 45 minutes, with the visitors getting their chance to take fun pictures with these amazing dancers.

There are many clubs and pubs dispersed all over Roppongi – however, one of the best clubs is 1OAK, famous not just in Roppongi, but also in the whole of Tokyo. It has, to date, hosted some big celebrities and hip-hop performances. The first 1OAK was established in New York and spread over Las Vegas, Los Angeles and then found its way to Tokyo, located in front of the Roppongi Tsutaya. The interiors are stylishly fascinating, with original art covers decorating the walls and sleek tables standing around chequered black and white dance floor. VIP rooms can be found on the second-floor and drinks are amazing, going perfectly with the exciting atmosphere. This three-storied club is a fantastic NY-themed Japanese place, something you wouldn’t encounter elsewhere.

Roppongi, in addition to these things to do, is also a proud home to a handful of foreign embassies. The name, Roppongi, literally translates to ‘six trees’, and is an affluent land, giving you the quintessential experience of traditional modernity; you might as well have stepped into a modern but luxurious fairytale. 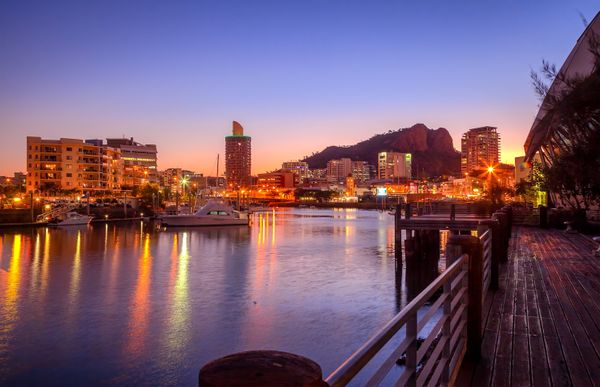 Serving as the gateway to the Great Barrier Reef and the Wet Tropics, Townsville, a port city in Australia, is a fascinating mixture of unusual natural wonders and unique manmade 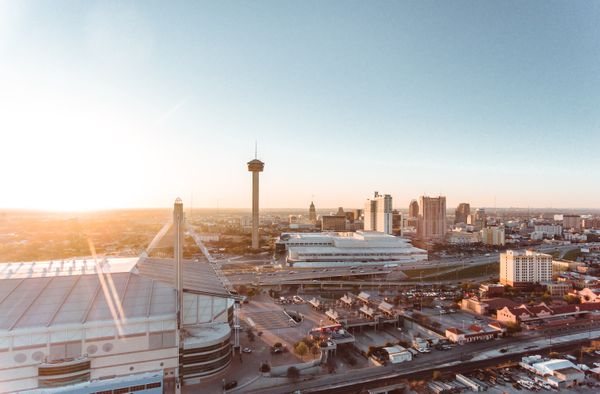 San Antonio happens to be the 7th largest city in the U.S and is the 2nd most populated city in Texas with a population of 1.4 million. The