Mt. Airy, North Carolina, is well recognized as the town where Andy Griffith was born and called home.

It's fondly known as "Mayberry," after the fictitious town from the 1960s television comedy The Andy Griffith Show.

The city of Mayberry is believed to be based on Andy's boyhood of Mt. Airy.

The locals call each other by either name and are pleased to respond to either one of them as well.

The town Mt. Airy dates back to the 1700s as merely a stagecoach stop along the way from Winston-Salem, NC, towards Galax, Virginia. Mt. Airy was renowned throughout the globe as Granite City even before it was famous as Mayberry.

Near the eastern part of Mt. Airy lies the world's biggest open-face granite quarry, which was discovered in 1889.

Mt. Airy is well known for its musical heritage. Surry County is the origin of old-time or blues music, which features banjos, fiddles, and other instruments.

The town was home to legends like Fred Cockerham, Tommy Jarrell, the Easter Brothers, and many others.

There is a diverse range of activities to do in Mt. Airy.

The city is nestled in the backdrop of the Blue Ridge Mountains, on the banks of the Yadkin and Ararat rivers, and outdoor enthusiasts will be spoilt for choice.

If you are planning to visit Mount Airy and are unclear regarding what to do during your visit, keep reading this article as we will list some of the best things to do in Mount Airy.

The 2,500 square-foot exhibit, which is situated in Griffith's birthplace of Mount Airy and contains the world's biggest assortment of Andy Griffith memorabilia, was built by the late Emmett Forrest, Griffith's longtime friend.

Many items from the production of The Andy Griffith Show and the TV show Matlock, as well as a rocking chair built by Griffith's father, are on display, and visitors may tour the museum with a guide.

The museum is generally open every day for the whole year.

Enjoy and Relax At The Pilot Mountain State Park

The beautiful Big Pinnacle summit of Pilot Mountain State Park can be viewed for miles away.

The site is a year-round leisure hotspot for pastimes like bird viewing, camping, and kayaking, in addition to its incredible landscape.

The park also has an extensive network of hiking paths as well as a horse riding bridle route.

Rock climbers and rappellers may make use of the park's high cliffs, which provide spectacular views of the neighboring Blue Ridge Mountains and the Sauratown Mountains.

Sample a Variety of Wines At The White Elephant Beer Company

The White Elephant Beer Company is the ideal spot for a nightcap in town.

They offer great beers and rums from across the globe and throughout North Carolina, mainly at the bar and also to bring home.

They also make their own stouts, IPAs, and other specialty beers on site.

But it's the White Elephant Beer Company's lively and friendly environment that truly makes it unique.

Shortly after you sit down, the friendly locals will start chatting with you, showing you around, and extolling the virtues of their town.

The White Elephant Beer Company also has regular weekly Trivia Nights and Beer and Banjos meet-ups, which can be an enjoyable and wonderful experience.

You won’t regret dropping by here whenever you visit Mount Airy.

Take a Walk Along Main Street

A walk along the Main Street of Mount Airy certainly makes you drool over the attractions of this tiny town.

Interesting stores and restaurants are housed in restored structures.

You may look for the ideal souvenir, get your kids glued to sweets and ice cream, or see a play at the Historic Earle Theatre.

Most of the shops along Main Street offer products for sale on the pavements throughout the summer.

If you've worked up an appetite, there are a variety of ice cream and pastry stores, as well as fascinating restaurants offering delectable meals.

Attend a Performance at the Earle Theater

Griffith liked to attend movies with his buddies in the magnificent Historic Earle Theatre, which was constructed in 1938.

The Earle hosted the opening of Andy Griffith's debut film, A Face in the Crowd, in 1958.

The Old-Time Music Heritage Hall and the WPAQ Merry-Go-Round, one of the country’s longest-running live radio channels, are currently located at the Earle.

You can also watch featured films at the Earle five days a week.

The Earle honors the region's folk music history, and national and regional music luminaries who performed here are now commemorated in the Heritage Hall.

On the brief self-guided audio guide tour, you may witness a tribute to them.

The North Carolina Granite Corporation's quarry is located just across town and is so big that you can even see it from space!

For almost 150 years, granite, the state's official rock, has been mined in this area.

Sadly, you cannot visit the quarry due to federal restrictions.

Nevertheless, an excellent free observation spot is situated high on a hill above the dig site, and it is open the whole year.

You may be fortunate enough to witness blasting if you plan your visit just right.

You can also receive a free sampling and an information leaflet by stopping by the main office.

A short walk down the main street will lead you to Wally's Service Station.

For enthusiasts of the Andy Griffith Show and the fictional city of Mayberry, this is a must-see destination.

The series' central location, Wally's Service Station, is a former actual gas station that was constructed in 1937 and turned into a tourist destination in 2001.

You will get some excellent picture opportunities here, as well as buy souvenirs, presents, and candies.

Old gas pumps and early twentieth-century artifacts can be found at the station.

Go On a Squad Car Tour

The centerpiece of your trip will undoubtedly be a Mayberry squad car tour.

A cartoony, story-filled trip guide will walk you through a noteworthy ride around the town, exhibiting you all of the town's iconic places, such as Griffith's boyhood residence, the churches and schools he visited, and the areas he attended growing up, beginning at Wally's Service Station with car alarms wailing.

A visit to The Rock, a historical granite quarry near Mt. Airy, is also featured.

The Mount Airy Museum of Regional History, situated right on Main Street, has four levels of local heritage in the city and neighboring regions.

Exhibits about the earliest residents of the area, early settlers, and local heroes may be found.

A turn-of-the-century country shop is particularly noteworthy, offering insight into the time and how this important community service functioned.

Kids will be delighted by the "Hands on History" exhibition, while music lovers will appreciate an exhibit of the distinctive music style local to this region known as Old Time.

Trying a sonker is among the most bizarre things to do in Mt Airy.

Do you have any idea what a sonker is? Neither did we before we went to Mayberry.

Sonkers are tasty regional sweets that are a mix between a cobbler and a pie.

They come in a variety of shapes and flavors, depending upon the place you happen to stop.

The Sonker Trail presently has five shops, and the sweets of each are sure to be unique and wonderful.

Whatever you do, don't forget to taste Miss Angels Heavenly Pies' versions, which are covered with a glaze created from regional moonshine.

Little Richard's BBQ is an eatery franchise established in Winston-Salem in 1991.

It offers delectable barbecue in a laid-back atmosphere.

The franchise strives to keep the famous North Carolina BBQ heritage alive by providing the finest barbecue in the country, which includes hickory-smoked hog shoulders that seem to be continuously slow-roasted for 16 hours and are fresh when served.

The food is served with a variety of sodas, casual wines, and craft beers, and the restaurant is open seven days a week for all types of meals, be it breakfast or brunch.

Know More About The Siamese Twins, Eng And Chang Bunker

The story of Eng and Chang Bunker is fascinating. In 1811, they were birthed conjoined at the liver in Thailand (then Siam).

The twins moved to the United States and spent many years performing in circuses and exhibitions.

In 1839, they had become citizens of the United States and chose Bunker as their surname.

The twins relocated to North Carolina, wedded Adelaide and Sarah Yates (both sisters), and started living in Mount Airy with their young families (they had 21 children).

The twin brothers passed away in 1874 and are entombed in the White Plains Baptist Church cemetery.

The Andy Griffith Museum has an exhibit devoted solely to Eng and Chang. Rare artifacts, newspaper articles, and photos donated by the twins' heirs are featured in the exhibit, chronicling their lives.

Mt. Airy is still home to a few of their children and grandchildren.

Mt. Airy has a long and illustrious past. Many magnificent ancient houses are still standing, hanging on to their tales and ready to be told.

Some provide tours, while others serve as bed & breakfasts.

The Gertrude Smith House is a classic Victorian house with art and furniture.

It was constructed around the turn of the twentieth century.

It features a classic Greek interior and a Gothic and Italianate revival façade.

The Mount Airy Museum of Regional History offers tours of both these houses, which are also on the National Register of Historic Places.

Snappy Lunch is an iconic restaurant in Mt. Airy that offers substantial breakfast meals, handmade biscuits, and famous pork chop sandwiches with its own backstory.

The tiny diner, which is situated at the back of North Main Street in Mt. Airy, features two eating areas with diners and comfortable seats and photos from The Andy Griffith Show on the walls and a relaxed and friendly environment.

Crowds of residents and visitors alike queue up to buy one of the diner's famous pork sandwiches, which are loaded with pulled pork, chili, mustard, coleslaw, tomato, and onions.

You can drop by Snappy Lunch for breakfast or lunch any time from Monday to Saturday.

The interesting dining spot, which opened in 2002, is housed in a refurbished old hardware shop on Main Street that has a trendy, cheerful vibe.

The Old North State Winery provides a wide range of wines, including Chambourcin and Cabernet Franc, as well as Nobel Muscadines, Petit Manseng, and Riesling, all of which may be tasted on organized wine sampling tours.

Autumn Leaves Festival is a commercial event hosted in October on Main Street in Mt. Airy, as soon as the leaves begin to change, as the name suggests.

You can enjoy delectable food truck fare and purchase a variety of handicrafts and artisan goods here.

Although the emphasis of Mayberry Days is unmistakably on The Andy Griffith Show, there are also merchants and food vendors.

Mayberry Days takes place every year during the third week of September, but make sure to confirm this online before planning everything out.

New Haven, a coastal city located in Connecticut, is the second-largest city in the area. Home to the famous Yale University, this college town is brimming with unique attractions for both, residents and tourists. This college town is home to beautiful parks, picturesque landscapes, rich cultural history and a thriving 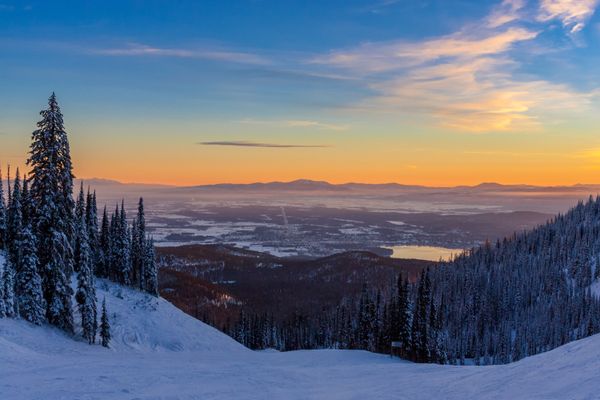 Whitefish is a small town located in Flathead County, Montana. It has a population of only seven thousand people and is a perfect getaway for people who are fed up with the hustle and bustle of big cities. If you badly need a break from towering skyscrapers and pollution, this 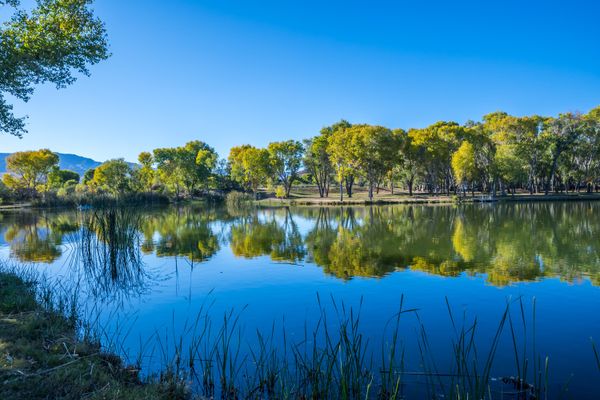 Located in Yavapai County, Arizona, Cottonwood is a historic city. Newly rebranded as the ‘Heart of Arizona Wine Country’, Cottonwood is home to a host of wineries and dining experiences. It is the center of all the activities of Arizona’s famed Verde Valley wine region. But that’s not