If you want a hiking experience that involves more than just a climb, brace yourself for Mount Washington.

This magnificent mountain in the Northeastern United States rises to 6,282 feet above sea level.

On April 12, 1934, the Mount Washington Observatory recorded a wind speed of 231 mph at the mountain's summit.

As of right now, this record remains unbroken.

Several people believe that the spirit of a witch burned alive on her wedding day haunts the mountain, roaming the summit.

You can also try the "Devil's Path," a trail that ascends Mount Washington's steep flanks and terminates with the Devil's Slide.

Here are the best things to do in Mount Washington.

The best place to begin your journey on Mount Washington is the Eagle's Flight Zip.

Whether you want to try something new or are a seasoned thrill-seeker, this place will set your vacation mood.

You'll pass through "The Abyss," a gap between peaks which you'll soar hundreds of meters in the air, to start this unique 2.3-kilometer drop.

The Eagle's flight zip line is a fantastic location where you can enjoy this experience and transform from zero to hero in a second.

Mount Washington Cog Railway is the place to go if you're seeking adventure and challenge.

It is the first cog railway to climb a mountain, and you can find it in New Hampshire.

The railway ascends Mount Washington's western slope from a starting point of 2,700 feet above sea level to a height of 6,288 feet.

Expect a challenging ride because the average gradient is more than 25%.

However, if you're prepared for the challenge, this train trip will highlight your vacation.

The railroad is pretty steep, with a maximum slope of 37% and an average grade of roughly 25%.

To reach Mount Washington's peak, it travels through tunnels and trestles.

Along with Sugarloaf Mountain and Cannon Mountain, Mount Washington is beautifully visible from the line.

You likely do not picture hiking when you think of New Hampshire.

However, you'll miss out on the wonders of nearby Mount Washington.

The estate of the Cog Railway owner donated the area making up the state park to Dartmouth College in 1951.

After ceding 59 acres to the State of New Hampshire to use as a park in 1964, Dartmouth sold the remaining eight acres in 2008.

Take a Morning Trek at the Great Glen Trails

The Great Glen Trails provide 45 kilometers of groomed classic and skate routes at the foot of Mount Washington.

In the northeast, Great Glen Trails is a popular ski resort.

The trails are well-kept, and there's also a terrain park for the little ones to play in.

These trails also cater to all skill levels, from novice to expert, with a terrain park for kids to enjoy.

Bears, moose, and elk thrive in the area without human disturbance, making it one of the best spots in New Hampshire to watch wildlife.

Experience the Ride of a Lifetime at Mt. Washington SnowCoach

This is your chance to go on a Mount Washington adventure trip if you've always wanted.

You'll take a ride in a specially constructed SnowCoach up to the tree line on Mt. Washington's highest peak.

You and your children will undoubtedly make the most of your time together on the ride.

The White Mountains National Forest in New Hampshire's White Mountains provides a narrated tour of the trees and the history of Mt. Washington as you travel through this stunning location.

Anyone looking for an unforgettable adventure should join this tour.

Discover the Fun of Snow Tubing

Experience the thrill of snow tubing in this fantastic mountain!

Snow tubing and snowshoeing will be new attractions at Mount Washington.

All-day snow tubing is available for families, or they can incorporate it into their ski or snowshoe trail pass.

Snow tubing in the winter is a safe and enjoyable activity for families to partake in together.

Fat biking has several benefits, including a new way to get around on the slopes and the chance to have a good time.

A tour on a fat bike around Mount Washington is a fantastic way to experience the countryside any time of year.

Fat bike rentals are available at several resorts, even in the snowiest weather.

No matter how much snow falls, any day will do if you're planning to ride your bike.

Since the fat bike is easy to use, it's perfect for anyone with limited physical capacity or mobility.

Mount Washington is a famous New Hampshire mountain known for its harsh weather.

The fastest surface wind speed recorded by humans occurred there on April 12, 1934, blowing at 231 miles per hour.

Manasseh Cutler named the summit after General Washington in 1784, although they didn't officially recognize it until after his death.

Today, people go from around the world to climb Mount Washington and take in its breathtaking vistas.

Mount Washington's most famous climb, the Jumbleberry Trail, begins at White Mountain Lodge and concludes at or near its summit.

If you take your time and stop every 45 minutes to take a picture or admire the landscape, this hike will take around four hours.

Tuckerman Ravine is a favorite springtime destination for hikers and photographers.

On Mount Washington's southeast face in the White Mountains of New Hampshire, the ravine is a glacial cirque that slopes eastward.

From early April through the end of July, many "spring skiers" ascend on foot and then ski down the mountain's steep slope.

The natural snowfall, which can typically reach a height of 55 feet in winter, is still sufficient for skiing over most of this period, despite the mild weather.

You can see thousands of skiers on Tuckerman on a typical spring weekend.

Even though the risk of an avalanche goes down dramatically between the end of December and the beginning of March, skiers must have specialized training and experience to cross the ravine safely.

See the Majestic Lakes of the Clouds

The White Mountains of New Hampshire feature the Lakes of the Clouds, a group of tarns between Mount Monroe and Mount Washington.

You can find an Appalachian Mountain Club lodge and the Lakes of the Clouds Hut, west of the lakes.

Likewise, you can reach the Ammonosuc Ravine Trail from Marshfield Station on the Mount Washington Cog Railway in about four hours.

Alternatively, hikers might attempt the laborious and time-consuming 4,000-foot ascent of Mount Washington.

Fall in Love with the Huntington Ravine

The White Mountains of New Hampshire's Huntington Ravine are home to some of the most breathtaking scenery in the country.

The glacial cirque of Mount Washington's Huntington Ravine is a fantastic place to visit.

Located at the base of Mount Washington, it is one of the mountain's four major cirques, with a headwall that rises 2,000 feet above sea level.

Ice age glaciers still shape the ravine, formed by glaciers sliding down from the cirque's cliffs and transporting stones into the canyon.

The glacier cirque on Mount Washington is spectacular, and Huntington Ravine is no ordinary cirque.

As a glacier-formed area, it offers a unique topography you won't find elsewhere in New Hampshire.

Go on an Ice Adventure at the Mount Washington Observatory

New Hampshire has some of the best weather in the country, so prepare to get your toes in the snow.

The Mount Washington Observatory provides the most precise weather forecasts in the country.

As the highest scientific and educational facility on Earth, this private, non-profit facility is dedicated to advancing knowledge about the natural processes that determine Earth's weather and climate.

A group of Harvard University scientists set up the observatory in 1880 and named it after the university.

Meteorological measurements on Mount Washington began in 1870 when the US Signal Service, a precursor to the Weather Bureau, started taking them.

First and foremost, the Mount Washington station established a standard that many other countries have since followed.

Today, it is one of New Hampshire's most popular tourist attractions.

It allows you to see nature differently while learning about how science affects our daily lives.

Test Your Driving Skills at the Mount Washington Road Race

The Mount Washington Road Race is just right around the corner.

Since 1960, this annual tradition involves a climb up to the top, which can take several hours.

If you want to challenge yourself, this event should put you to the ultimate test.

Due to its 4,650-foot elevation gain over a 12-kilometer route, the race is challenging!

Running through the woods for over three miles before reaching an open field is the first step in this New Hampshire tradition, which begins at the foot of Mount Washington itself.

Mile 7.6 marks the highest point of the hike, which you can reach after a strong ascent from that point.

Runners will turn around and head back downhill at this point.

It doesn't matter if you're a great runner to enjoy this race.

For those looking for a challenge and an excellent cause to support, the Mount Washington Road Race on June 1 is a great option.

From Mount Washington in New Hampshire, you can get an incredible view of the entire world.

Many people stop by the Tip Top House, built-in 1853 near Mount Washington's summit, to take in the view.

In 1986, the building was refurbished so tourists might experience living at the top of the social ladder.

All supplies had to be hauled nine miles over rugged terrain by horse from Randolph, New Hampshire.

At first, it was built as a competing hotel, but as time passed, it evolved into a dining room and a bar all in one.

Access to the summit increased, resulting in a decrease in popularity and deterioration of the historic site.

Later, the site was restored and reopened to the public as a hiking trail.

Mount Washington’s Pinkham Notch is the ideal location for skiing and hiking.

During the Wisconsinian ice age, the Laurentide Ice Sheet created the Pinkham Notch glacial valley in the White Mountains of north-central New Hampshire.

For his discovery, he received the honor of having the notch named after him.

They created New Hampshire Route 16 in 1934 after the area had been neglected due to its remoteness.

Since then, it has become a vacation spot for hikers and skiers from all over the world.

Naturalists who don't want to be too far from civilization will adore this spot because it's picturesque.

Mount Washington is one of New Hampshire's most famous national parks for its towering summits, breathtaking views, and pleasant climate.

If you've been aching to get out into the woods, now's your chance to do it on one of the area's many hiking trails.

You can relax if you are not up for any physical activities.

Mount Washington is at its best in the summer, when the weather is sunny but not oppressively hot, making it ideal for a visit.

The changing colors of the leaves in the autumn are just stunning. 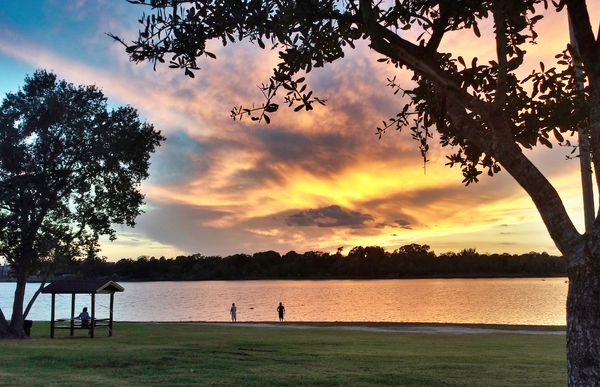 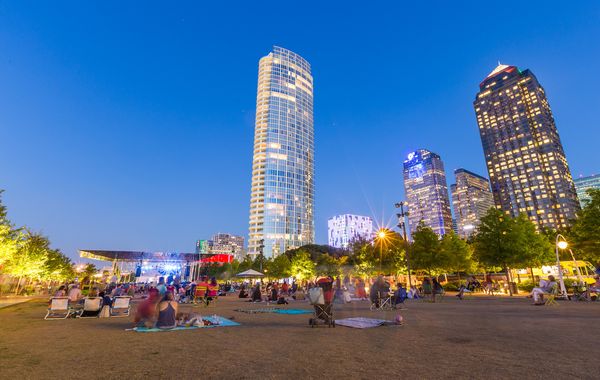 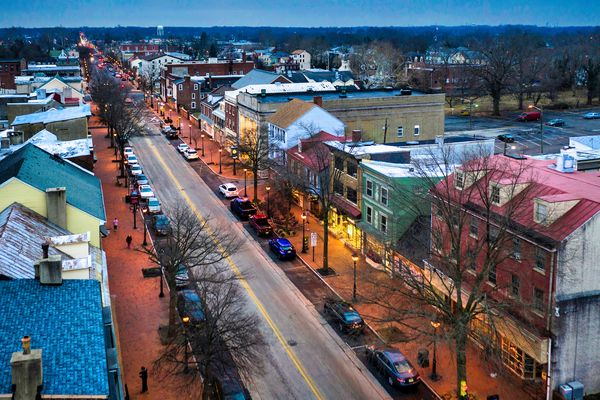