The City of Modesto tucked in the Central Valley of California and situated on the Tuolumne River, is a fantastic tourist destination with a vibrant culture to experience.

From one-of-its-kind live music and theater to exuberant car parades and murals, this “modest” yet ebullient city should be in every traveler’s bucket list.

Modesto has something for everyone. It is a car connoisseur’s paradise; a wine cognoscente’s dream; a bohemian’s sanctuary; an artist’s abode and so much more!

There won’t be a dull moment with this city so full of life!

This all sounds super exciting and too good to miss, right?

So, we’re here to give you a touristy insight of this city with 15 best things to do in Modesto.

Enjoy the Beauty of The Public Murals

Modesto has an abundance of beautiful and Instagram worthy murals. Murals can be found everywhere in the city, from downtown alleyways to West Modesto walking trails.

Tour the murals celebrating the region's agricultural heritage and American Graffiti car culture in downtown or see the unique mix of modern masters who participate in the annual DoMo Walls.

Follow the mural route down side streets, behind shops, and even on public pathways all across the city.

Modesto’s murals are a sight to behold and are guaranteed to level up your photography game.

In Modesto, live music is a frequent occurrence. With a prospering music scene, Modesto has live music nearly every single night of the week.

Music styles ranging from Latin urban to blues, rock to reggaeton can be found in the region, mirroring the region's diverse population.

From Music in the Plaza on Fridays from May to September to Rockin' Holidays in December, downtown's 10th Street Plaza hosts free concerts.

Add a Dramatic Touch to Your Trip with Live Theater

Modesto has even got the options to satiate your inner Bard. You have great choices; whether it's a Broadway touring show at The Gallo Center for the Arts, SLaM on Rye (the poetry slam competition), or a Tony Award winner at the Prospect Theater Project.

Visit The State Theater, which dates back to the 1920s, to watch independent and foreign films as it specializes in them.

An evening date at the theater witnessing world-class acting seems too good an experience to miss!

The modest city also has a lot in store for the Picassos and art enthusiasts out there.

Unravel the beauty of the Mistlin Gallery, which features new exhibits on a monthly basis, or try the Third Thursday Art Walk, which occurs every month of the year and allows you to wine, dine, and tour downtown's eclectic art galleries.

At many studios, there are even art classes for couples, kids, or groups of friends, as well as a cocktail or two.

When it comes to celebration, Modesto is ever-ready to come together and have a fete.

Celebrate Porchfest where dozens of households host local musicians on their front doors – all on the same day.

Visit them block by block, street by street and enjoy all kinds of music. Perhaps you would prefer Mardi Gras or St. Patrick's Day Lucky Fest.

Or perhaps it's the autumn Dios de los Muertos celebration in the streets of downtown.

There's SantaCon, PatioFest, Picnic at the Pops (every September on the grounds of E&J Gallo), Modesto Unplugged – a weekend of live music events, and much more!

Imagine thousands upon thousands of pink and white blooms stretched over the hills to as far as the eyes can see.

Think of hundreds of thousands of hectares of tiny white orchards. Every year from mid of February to the middle of March in Modesto, you will get that when you visit Modesto and take the You-Drive Almond Blossom Cruise.

You can't drive for 5 minutes without seeing an almond orchard near Modesto because over 75 percent of the world's almonds are harvested in California's Central Valley.

The Modesto Almond Blossom Cruise is located in the heart of the almond country and leads on routes along the rivers, hills and rural landscape.

This is all minutes from the Modesto downtown.

Make sure to stop and pick up a milk shake or an almond brittle. Take photographs wherever possible and see in West Modesto the oldest Walnut Tree of California.

Pick up nuts to bring home, take a tour of the Cheese Factory of Oakdale or relax in one of the many brew pubs or restaurants of Modesto.

Modesto is known for its most robust car culture. Imagine 1400 cars stretching over the main track for a mile along the streets of downtown.

This is how the festivities start on a Friday night in June for more than 20 years now.

Every year, the Classic Car Parade witnesses over 10,000 spectators lining Modesto McHenry Ave and J Street which is followed by music in the downtown which brings back everyone to sock hops, varsity jackets and root beer floats.

Weekend goes on with the Graffiti Show with more than 1,000 classic cars on display along with beer gardens, games for kids of all age groups, live music and a craft fair.

The festivities continue for the whole month of June with classic car shows almost each night all across from Vintage Faire Mall to McHenry Village and all other places between them.

June is not the only month when car shows and parades are held.

The whole city is all geared up throughout the year with at least two car shows each month.

Go Nuts Over the Scrumptious Food

Did you know the Modesto region is third largest food distribution area in the United States?

Which means there is no dearth of fresh and delicious food in this city.

Most of the restaurants in Modesto are operated by the locals and hence, the importance of using farm fresh ingredients in the dishes.

The cultural diversity of the region only adds to its plus points and higher the chances of having almost every type of cuisine in the world.

There is always something for all; from Mexican to Indian and BBQ to Tapas and Thai to Korean, Modesto has it all.

The cheese there is locally produced and equally tasty as they are made with utmost care and hygiene.

As the city is just outside the Bay Area, fresh sea food is guaranteed.

So, don’t miss the chance to munch on grilled salmon, oysters and sushi if you find them on the menu.

The veggies and herbs are also hundred percent fresh and healthy as they are also locally produced.

And before we forget, don’t even think to miss the chance to bring home everything from smoked almonds to fiery jalapeno almonds.

There are major chances that you will find absolutely delectable almond dishes in almost all the restaurants.

Don’t Miss the Chance to Dine with Cheese and Wine

If you are above 21 then add some fervour to your trip with a dash of wine.

The world’s largest wine and spirit company, E&J Gallo, which has its headquarters in Modesto means that the wine bars the best here in the world and too good an opportunity to miss.

Give you wine tasting a twist with marvellous farm produced cheese.

Modesto also has gastropubs and brew pubs with excellent food and live entertainment.

Also, the out of the world cocktail lounges where you can get fantastic whiskey selections and craft cocktails.

Be Active with Sports and Recreational Activities

Modesto has a host of activities to keep the fitness freaks busy.

You can sail, jet ski, sun bath or rage on a wave runner with several reservoirs and lakes in the area.

You can run or cycle on trails, country roads, metric centuries and more.

In the lakes you can fish, and in the rivers, you can fly fish.

With spring runoff, you can go kayaking or rafting down Tuolomne or stroll in the landscape and plan a great picnic.

Every November you can see the salmon spawning from the areas of the bridges and it’s not a common occurrence as you won't see it in other parts of the world.

Walk Down the Pages of History

Go to see the McHenry Mansion and McHenry Museum. Robert McHenry, a local rancher and banker, built the mansion in the 1880s.

The mansion was registered in the National Register of Historic Places in 1978.

The McHenry Museum just across the street from the mansion houses many tidbits from Modesto’s history.

Take a Stroll Down the Recreational Park

The Graceada Park neighbourhood is a location of representative old houses (around the 1920s and earlier) with streets lined by the city’s big shady trees and a number of parks, a bandshell and other facilities.

The name Graceada is kept after two local inhabitants, Grace and Ada, who promoted the idea of a park.

Experience the Marvels of Science at The Great Valley Museum

The Great Valley Museum, a nonprofit and tax-exempted organization, provides science and natural history information to adults and children of all ages through classes, programs, and exhibits.

The Museum is indeed a resource for educational institutions consisting of the Modesto Junior College.

Funworks! is a family entertainment center which has been in operation since 1960 in Modesto.

This place is highly recommended in for your travel itinerary in Modesto especially if you are going with your family and friends.

Have a fun and frolic with your friends and family and bond over a lovely time at Funworks!

Try Your Hand at Skating in The Beyer Skate Park

Beyer Community Park, a sprawling multi-use park right next to Beyer High School, is a hub of activity in Modesto.

Apart from these features, the Modesto Skate Park is located just outside the park's perimeter.

This place is a good one for spending some quality time with your friends and family and for skating too whether you’re a novice or an expert. 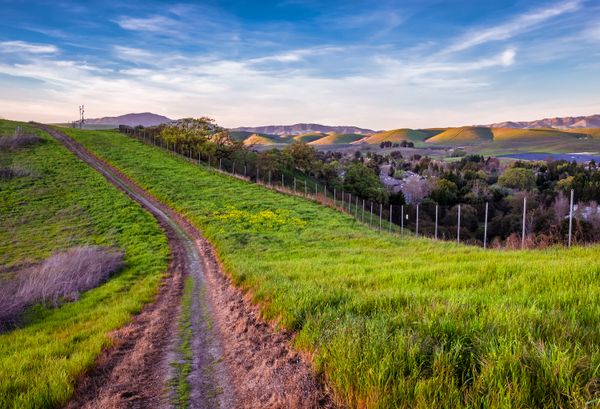 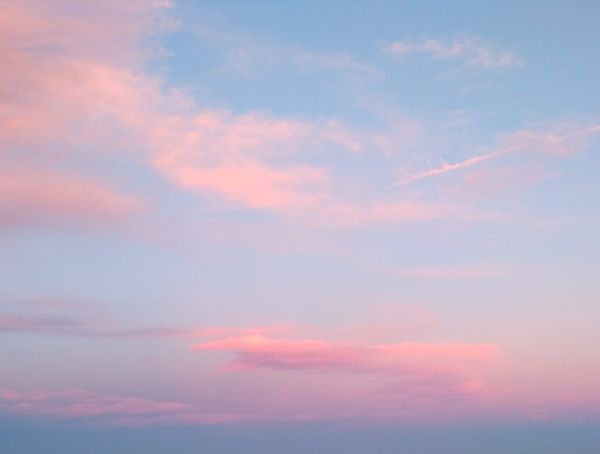 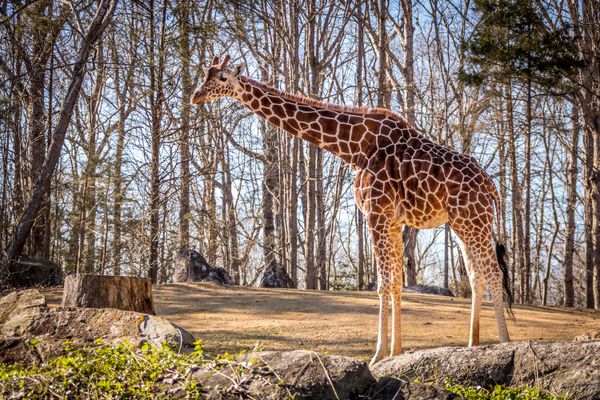