People easily skip over North Carolina for New York, California, or Florida for many reasons.

However, this state holds a rich and long history that helped mold the United States into what it is now.

If you’re a frequent traveler, there are tons of reasons why you need to go to North Carolina.

If you’re planning there one day, start with its unassuming towns and cities, as these represent the state uniquely than its mainstream cities.

To start, head to the City of Marion, which serves as the main city of McDowell County.

Nicknamed the “Swamp Fox,” Marion fought the British Empire in the tar heels and wetlands of North Carolina through guerilla warfare.

The city is nearest Ashville, about 36 miles east on the Interstate-40, while it’s a hundred miles northwest of Charlotte.

Marion has a relatively small population of about 7,900 inhabitants who mainly earn on manufacturing businesses.

On the tourism side, Marion’s main attraction is its unique festivals, along with its natural wonders found in its creeks, parks, mountains, and its rich history.

To share some ideas of why this small city is a wonderful destination for an adventure involving the outdoors and history, here are the 15 best things to do in Marion, NC:

If you want to add some action to your Marion travel adventure, head to the Linville Caverns in Pisgah National Forest.

The Linville Caverns was discovered in 1937, and since then, it has become a popular tourist attraction in Marion.

There, you will witness how stalactites and stalagmites form through thousands or perhaps millions of years of water erosion.

There are guided tours inside the caverns so that you won’t get lost in its underground pathways.

Visitors are allowed to go inside the caverns from 9 am to 4:30 pm.

It holds a fascinating story to tell about its history.

The Carson House, built way back in 1793, used to be Colonel John Carson’s residence during the Revolutionary War.

It eventually became Marion’s social and political venue as the house’s being nestled at the intersection of the Old Colonial Road.

The Old Colonial Road served as a coach road that connected Ashville and Morganton.

In terms of history, the house itself has so many stories to tell.

Visiting there will let you travel back in time during the great Revolutionary War.

Artifacts, early photographs, paintings, and memorabilia dating back to the 1800s are safely kept in the house museum.

The market opens every May, July, August, and October, depending on the seasonal harvests from local farmers.

Aside from food, you can also score some great finds from locally-made wares and handicrafts.

Also, some residents turn it into a flea market as they display their pre-loved items at a very affordable price.

As scary as it sounds, the annual WNC Bigfoot Festival is a unique and fun-filled festival experience you need to attend in Marion.

The Bigfoot, a mythical hairy creature, is celebrated in this festival wherein locals dress up as literal ‘bigfoots’ and celebrate with the rest on the streets.

Food, beer, music, and lots of fun envelope the atmosphere during the festivities.

The festival that happens every May also features some interesting expos from the Bigfoot Researchers displaying their solid pieces of evidence of the existence of this creature.

Bigfoot sightings are prevalent in the Northwest United States, making it a very popular urban legend.

But every May, dozens of ‘bigfoots’ come out and converge at Marion’s Main Street to celebrate this unique festival.

Revel in the Mountain Glory Festival

Every second Saturday of October, tens of thousands of people converge at downtown Marion to celebrate the annual Mountain Glory Festival.

This one-day festival focuses on celebrating the small-town mountain life and culture in Western North Carolina.

Hundreds of food and craft vendors pack the entire downtown Marion while musical performances, contests, and raffles add excitement during the festivities.

This festival has been happening for almost 40 years already.

If you want to meet locals and have fun, you should attend this festival.

The City’s Main Street is not just its main commercial district but also where you’ll find most of the historic buildings lining up the street.

Marion’s Main Street has a collection of centuries-old buildings still standing firmly until today while overlooking the Blue Ridge Mountains.

Main Street is a popular destination in the city for shopping and dining.

It’s teeming with restaurants, shops, breweries, cafes, and markets that will keep you busy the entire day.

So, when you arrive at Marion, be sure to check out first its Main Street.

This volunteer-based community theater in Marion City is well-known for its top-caliber live performances on stage.

The group began performing in 1972 under the McDowell Arts Council Association.

They’ve already performed countless shows from musicals, stage plays, and many more from then on.

The group typically produces five shows per season, intending to provide unique and entertaining shows for all ages.

Check out Foothills Community Theater’s Facebook page and official website to find out about their upcoming shows.

Spoil Yourself at the Mr. Bob’s Do-Nuts

The owner of this donut shop, known by everyone as Mr. Bob, transferred from Massachusetts to Marion after retiring from his work in the communications industry.

After retiring, he opened his donut shop that everyone in Marion loves.

Mr. Bob’s Do-Nuts has been recognized and featured already by the Food Network Magazine, so you shouldn’t miss trying its donuts and pairing it with their freshly brewed coffee.

To get to this donut shop, it is at North Main Street in Marion.

They started serving their donuts from 7 am to 3 pm daily.

These two historic buildings in the City of Marion have stood since the 1860s and hold historical significance.

The two buildings were once parts of the Western Rail Line; these are the only two surviving structures of that era.

Upon arriving there, you’re greeted with the well-preserved buildings, which now serve as a convention center.

Today, the Marion Depot and Courtyard are the favorite venues for events and social gatherings in Marion.

To visit this historical place, it is at Depot Street, a block away from Main Street.

They are known for their tasty and quality cheese, which is produced in small batches.

This cheesemaker in Marion has been operating for generations already of making cheese from their Holstein cows.

You can buy a wide variety of hard and soft cheeses, spreads, and aged cheese at their shop.

Mine Some Gold at the Lucky Strike Gold and Gem Mine

This popular attraction in Marion lets people experience firsthand how mining was done manually back in the day.

Visitors are taught how to properly pan and sluice gold, which are common ways to mine this mineral back in the old times.

Recreational gold mining is the proper term they use at this attraction, wherein many visitors try their luck to mine a nugget or a flake of gold.

After a whole day of mining gold along the river stream, you can rest at their campgrounds or perhaps enjoy a meal at the Miner’s Diner within the area.

To visit this popular attraction in Marion, it is at 251 Lucky Strike Dr.

They welcome guests to mine gold from 8 am to 7 pm except on Holidays.

The Buck Creek Trout Farm is packed with people from April to October, the season for rainbow trout.

So, whenever you’re in Marion in this period, you must visit the Buck Creek Trout Farm to catch some rainbow trout for fun.

Regardless if you’re using rod and lure for the first time, you’re guaranteed to catch one or more because of the abundance of this fish in this place.

You can choose from two creeks in the Buck Creek Trout Farm, depending on your choice.

You can either release your catch back to the creek or let the owners clean and cook it for you.

To visit the trout farm, it is at 74 Rainbow Trout Dr, Marion, NC.

The Spillway Bridge and Company Brewery is a family-owned business serving locals with 20 taps of mainstream beer and craft beer.

The bar also has a music hall where you can listen to nice music or watch live musical performances from local bands and singers.

If you want other drinks, they have wines and spirits as well as non-alcoholic beverages.

If you’re finding a perfect place to chill and drink the entire evening, head to 93 South Main Street to reach Spillway Bridge and Company Brewery.

Have Fun at the Feisty Goldfish

If you grew up with arcade video games, Marion has a place where you can give yourself an ultimate nostalgic experience.

Plus, they also have retro table games, such as air hockey, foosball, and pinball machines.

Furthermore, they have modern gaming consoles equipped with flat-screen televisions for modern gamers.

To visit this awesome retro-arcade place, it is at 310 District of Down Town, Marion.

They open the gaming arcade from 5 pm until 2 am.

Unwind at the Keeper’s Cut Meadery

This magnificent place in Marion offers draft-style mead and wine-style tasting experience for everyone.

To provide you the full experience of what they offer, they serve mead cocktails, cheese boards, snacks, desserts, and charcuterie to complement their mead and wine.

The place is known to make traditional mead and serve it at their tasting room.

Ultimately, this place operates in the Historic Depot District in downtown Marion.

If you want to sit back and unwind while enjoying a glass of mead or wine, head to the Keeper’s Cut Meadery.

After you’ve read the list, you might be probably surprised that Marion has a lot of hidden gems from its festivals, old buildings, and natural attractions.

From outdoor activities, leisure, food adventure, and even simple relaxation, there are tons of choices for you in Marion.

So, which one of the attractions in the city of Marion you’ll be heading to first?

Make sure you refer to our list to have a great travel experience there. 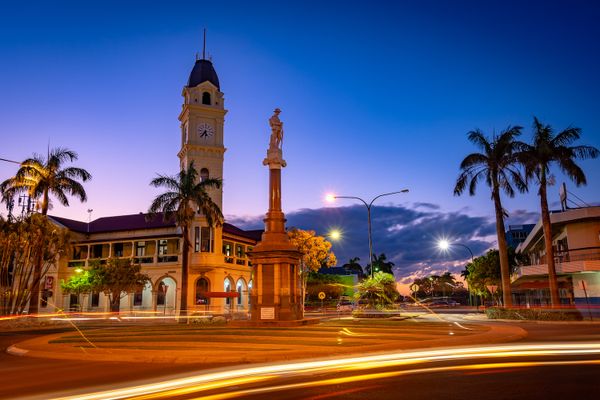 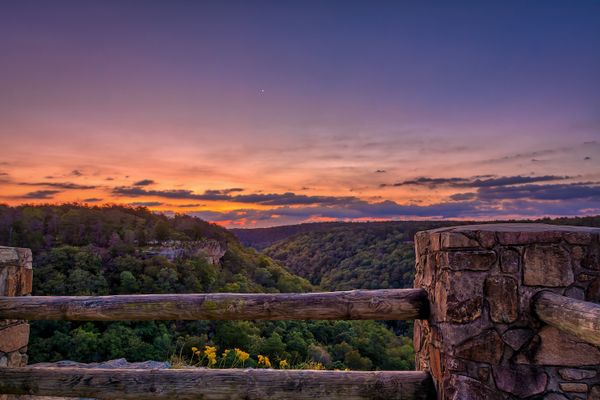 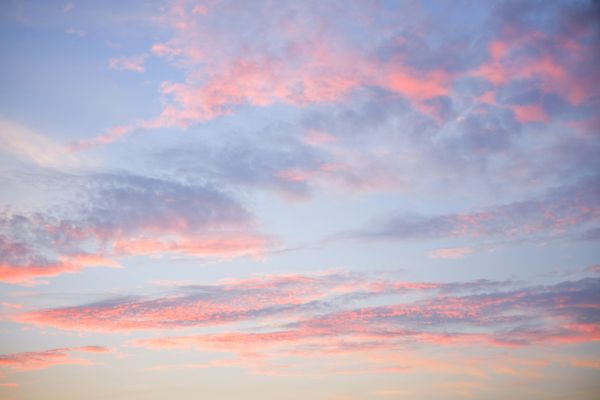