Dubbed as the “Cycling Capital of Kentucky,” this city and county seat of Laurel County at once hints at many fun things to do and marvelous sights to see.

Kentucky’s version of London has a deep resource, including its location and history, to deliver all these.

Located in central Kentucky, wedged east of the Daniel Boone National Forest, this city was incorporated in 1825.

It was named London as a tribute to the English heritage of the donors of the land for the Laurel county seat.

A chance “to see the queen,” but of course, isn’t among the things to expect when visiting London, Kentucky.

Rather, a visit to this city promises an interlude with the regal tree stands in the nearby 708,000-acre Daniel Boone Forest.

And there are more magnets for visitors besides the 600 miles trails in this forest suited for outdoor activities, such as hiking, biking, and camping.

The annual World Chicken Festival pegged on Colonel Saunders’ KFC that London hosts is but one of these other attractions for visitors.

To add a great deal more, check out the best things to do in London below.

Besides being named Kentucky’s cycling capital, London has been named the state’s fifth certified trail town.

The city was so designated because of the numerous trails in and around the city that hikers and bikers of all abilities can enjoy.

What’s also great about these trails is that you are within convenient reach of hotels, shops, and restaurants.

For a longer stretch, take the 5.7-mile Vanhook Falls Trail in Cane Creek Valley, where the sight of a beautiful cataract will be the highlight of the trek.

This park is located in the southern part of London, spreading over 896 acres, including a stretch of the Wilderness Road that the early Kentucky settlers used.

In the Levi Jackson Wilderness Road Park, you can tour its Mountain Life Museum featuring replicas of the Kentucky pioneers’ homes.

In addition, the park provides a campground within an open woodland where visitors can relax.

For folks who want extended stays or hold events in the park, it offers a clubhouse and shelters.

Other park facilities include a swimming pool, mini-golf, amphitheater, and a gift shop selling crafts of local artisans.

London’s designation as Cycling Capital of Kentucky is a no-brainer.

The city boasts some of the most challenging and scenic cycling routes anywhere in the US.

These routes are a collection of rural roads, gravel paths, and trail routes in London and its surrounding.

For the city’s first-time city visitors, the best choice among these routes is the Redbud Ride Yellow Route, suitable for all skill levels.

At 24 miles, this is the shortest of the four routes of Red Bud Ride and conveniently starts and ends in the city’s downtown.

Finishing this route will tempt you to tackle the three other routes of Redbud Ride, as these also pass some of Kentucky’s most beautiful sceneries.

This city park is located on Dixie Street right in downtown London, with an 18-hole par three disc golf course among its facilities.

In addition, the Whitley Branch Veterans Park provides a playground, a picnic area, and a dog park.

Runners and walkers also love to visit this park for its 2.25 miles of paved trail with several bridges and pavements added in 2020.

A short distance south of this park, you can access Dixie Park, the London Rotary Children’s Park, offering a spacious playground, benches, and picnic tables.

Head a few blocks north, and you'll see the other recreational facilities at Mill Street Park.

Located on its eponymous Mill Street, this park provides a splash pad, a volleyball court playground, and two picnic shelters.

This charming museum is housed in a repurposed 8,000-square-foot barn on Falls Street.

Its next-door neighbor, the Heritage Hills Banquet Hall, is likewise a former barn renovated into an event venue.

A genealogy center also, the Laurel County Museum displays relics related to the county’s history, some of which are hundreds of years old.

Among its displays are Union Army uniforms and old mining hats and oil lanterns from the early coal mining days of Kentucky.

It also features a section dedicated to Colonel Sanders and KFC, with the exhibited memorabilia collected from all over the world.

Get Pumped Up at the Wellness Park

This facility is behind the Laurel County Public Library on College Park Drive and growing popular among bike riders.

The reason for this is Wellness Park’s pump track, where bikers show their riding skills on a looped circuit of sweeping, banked turns.

The other park facilities include a skate park, basketball and volleyball courts, and a playground.

The London Country Club, established in 1959, is widely regarded as having the premier golf course in London.

The lush trees along its well-manicured fairways have matured well over the years.

The lakes incorporated into the course add to the marvelous scenery at the London Country Club golf course.

This layout offers choices on four tee boxes on its 18 holes to accommodate golfers of all skill levels.

This lake is a 672-acre reservoir in the middle of the Daniel Boone National Forest, which was formed when Wood Creek was dammed in 1969.

Wood Creek Lake is very clean and offers a quiet and scenic place for fishing.

Approximately 127 feet deep at its deepest point, this lake is a habitat for a variety of fish.

Accessible from Interstate 75, this lake has a public boat ramp with a nearby tackle store selling bait, tackle, supplies, as well as offering boat rental.

This park on Main Street in the heart of downtown London is the place to be if you’re visiting the city during major holidays.

The 1.4-acre Town Center Park comes alive during those special days with fun events like music concerts during summer.

The park, developed in 2018, comes inviting with the lush greeneries around its performance stage.

London also put its best foot forward in the seasonal decorations that the city installs in the Town Center Park.

As in most cities, the choices of superb dining restaurants in London are in its downtown area.

One great find on Main Street is Mama Rosa’s, which specializes in Chicago Style Cuisine.

Two favorites in its menu are the Windy City Meatball and the Italian Beef Bomber, which are only rivaled by Mama Rosa’s Philly Cheesesteak Sub.

Another foodie draw on Main Street is Local Honey which thrives on its farm-to-table concept.

Off to Laurel Road, the authentic Mexican restaurant Sabor Latino is also a tempting choice with its burrito grande and shrimp cocktail using the freshest ingredients.

Ride a Pony at Hillview Stables

Located on West Field Road, Hillview Stables is a family-owned and operated horse farm offering lots of fun to visitors during its seasonal Pumpkin Patch event.

During this event, you can choose from pony rides, train rides, hayrides, as well as navigate corn mazes.

Other fun activities during the Hillview Stables’ event include gemstone mining and a 100-foot Monster Slide.

This amusement park is located on Shiloh Drive and offers plenty of excitement in its various facilities.

At Air Raid Trampoline Park, you can execute spectacular dunks at its Trampoline Basketball without risk of injury as you’ll be landing on a large foam pit.

The same safety setup would offer you confidence once you tackle this park’s free-climbing rock wall.

Speed and agility, on the other hand, will be the test once you try the park’s Reaction Wall as you go pressing light switches while airborne.

For the competition, pair with someone in the Battle Beam and try to knock off your opponent into the foam pit.

If you want a change of pace to less physical effort, you can turn to the video game arcade that this park also has.

There are several flea markets in London with a wide variety of prized finds.

The Flea Land Flea Market on Barbourville Road is one popular destination for searching for some personal treasures.

Founded in 1990, this bargain center has 80,000 square feet of commercial space with more than 500 booths under one roof.

For searching on imported items, the destination to explore is the Scavenger Hunt on East 4th Street.

This gun enthusiasts’ haven on Dons Street is London's only indoor shooting range.

Its facilities are climate-controlled, modern, and built with the patrons’ safety in mind.

It also has instruction sessions on the cleaning and maintenance of firearms.

This ranch is on Peter Cave Road in the city of McKee less than 20 miles north of London.

The three R’s of this ranch spells a commendable goal of providing Rest for the weary, Refuge from life's storms, and helping Reveal God's love.

The Triple R Ranch location is apt for this task: a small valley amid the Daniel Boone National Forest near the Appalachian Mountains’ foothills.

Feel the Adrenaline Rush at the Wildcat Offroad Park

Offroad vehicle enthusiasts in Kentucky and its neighbors got a new destination in this 2,000-acre off-road park in East Bernstadt, less than 10 miles northeast of London.

The Wildcat Offroad Park on North US Highway 25 offers more than 100 miles of trails for off-roaders.

The park has trails designed for novice riders as well as counterparts for the most experienced off-roaders.

It also provides cabin rentals and a full-service campground for motor homes and primitive campers.

An itinerary full of outdoor activities comes as the norm for those planning to visit London, Kentucky.

Many of the attractions and things to do in this city, after all, revolve around the expansive Daniel Boone National Forest flanking London to the west.

Be that as it may, there are pockets of urban delights too in this city that has grown and developed for more than 100 years. 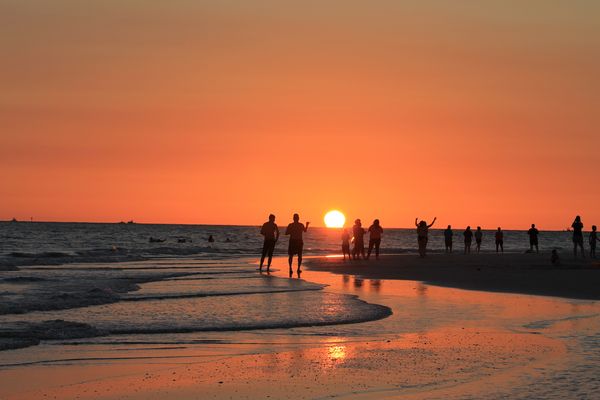 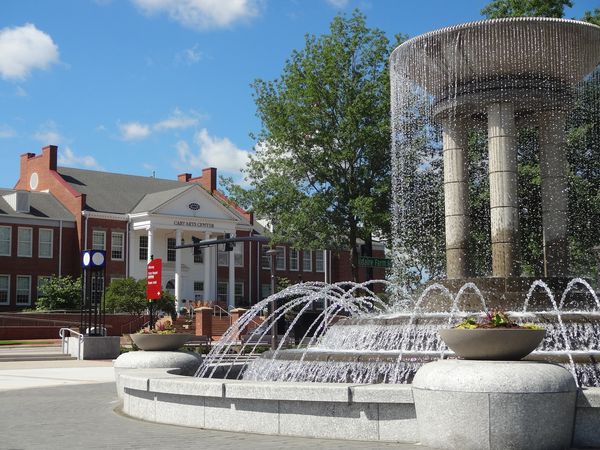 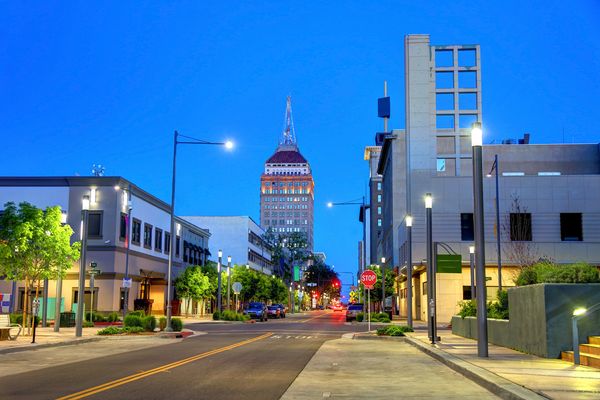