There might be just a couple of hundred people living in the city of Harpers Ferry, but the amount of history and tales it holds is immense.

The presence of the two rivers Shenandoah and the Potomac makes the city’s beauty immaculately gorgeous. Did you know that this city happens to play an important role in the American Civil War as well?

These are the top 15 things to do in Harpers Ferry-

We’d like to start the trip with one of the best attractions of Harpers Ferry. The Harpers Ferry National Historical Park is something that people come to see from wide and far.

And, the most interesting part of the attraction is that Harpers Ferry National Historical Park is not a part of Harpers Ferry, rather the city is one of the parts of the park! Yes, the park is huge! It makes up of places from Maryland, Virginia, and West Virginia as well. Come on, let us take a look in more detail now.

You can even catch the Appalachian Trail right in the middle of the park. Also, it has been declared as one of the prettiest parks in all of the USA.

This park is a slice of paradise for those who want to venture out in the woods and hop upon something incredible and unique.

As you have seen by now- the Appalachian Trail is worshipped by nature-lovers. Also, those with a love for hiking or trekking think this is their religion!

For these fans and their affection, the land of the Appalachian Trail needs to be conserved, maintained, and protected.

And, the job of protecting the blessed Appalachian Trail is given to the one and only Appalachian Trail Conservancy. There are more than 2000 miles of trails to protect in this trail that runs from Maine to Georgia.

Harpers Ferry also happens to be the location of the headquarters of Appalachian Trail Conservancy. And, in here also lies the middle point of the trail. It is an aesthetic as well as a tiring point for all sorts of adventure enthusiasts. Do snap a few pictures of the headquarters.

We have already talked about the beauty of the Appalachian National Scenic Trail before. Its beauty truly is indescribable and is something you need to see with your known two eyes. To hike along this trail is considered an achievement for all sorts of adrenaline junkies.

This is the only trail in the world that allows only hiking and nothing other than it. So, the officials are quite proud of this trail.

And, there are all sorts of reasons to be proud of the trail for there are very few paths that are as incredible as this one. Did you know that this path runs through 14 states of the USA? Fascinating, right? Take part in this hike and be a part of the American legacy.

But, the main reason for which we are mentioning the Appalachian National Scenic Trail in a Harpers Ferry bucket list is that this city happens to serve as a middle point in this long hiking trail.

It might not be possible for all to embark on a hiking journey covering the entire trail, but if you are in Harpers Ferry, you can go on a short hike from the midpoint.

Check out the Jefferson Rock

It is a kind of a rock formation with quite a unique shape. There are four pillars of stone above of which a wide piece of shale rock has been placed. The name comes from Thomas Jefferson who is one of the founders of the USA.

It is said that the man even stood here while he talked about how beautiful Virginia is!

Have a great view from The Point

Initially, when we introduce The Point to you, you will remark that this is just a lookout point with good views. But, that is not all. The Point is one of the most talked-about places in Harpers Ferry. Why? The reason is simple. It has got an immeasurable beauty!

This is the point where the mighty Potomac River meets up with the beautiful Shenandoah River. The waters have quite a historic significance. And, when you look beyond you can see Maryland as well as Virginia standing on the other side of the horizon.

The presence of the Blue Ridge Mountains also adds more to the beauty. No matter which season you go, the Point is always one of the most spectacular places that draw in a lot of photographers from all over the world to appreciate its beauty!

The Civil War destroyed a lot of the beautiful structures and architectures. And, for this reason, a lot of churches have been destroyed by the war.

Very few were able to hold their dignity and still stand strong. So, St. John’s Episcopal Church is just one of those fantastic places that still stands for us to appreciate its bravery and strength.

It served as a hospital that treated the injured, diseased, and the dying during the Civil War, and went through heavy damages that were caused by the war. But, the authorities did not want to break down such a historic place, and so the entire place was renovated and rebuilt.

When you visit, you shall be able to see the new beautiful version that still tells horrific tales of the war.

The John Brown’s Fort was constructed in the year 1848, and at that time Harpers Ferry did not yet become a part of West Virginia. Everything was under the rule of the government of Virginia.

The Harpers Ferry Armory kept a fire engine in here. The beautiful fort was almost like a guardhouse to the government.

But, this happens to be one of the key factors in the infamous John Brown raid of 1859. In the raid, the protestors got control of this fort and took over 60 hostages along with them.

The initial plan was to take all the weapons too, but it all failed when the Marines showed up and took the fort back. Learn all about the historical importance when you visit the fort and see for yourself!

Check out the Heyward Shepherd monument

We talked about the horrible raid of John Brown in the previous points. It is now time to get into a bit of detail about the man who suffered from the fangs of this horrific raid. Heyward Shepherd is the first of the deaths that occurred in the raid.

The fact that a black man got a monument dedicated in his memory also raised a lot of conflicts.

Overall, the Heyward Shepherd monument is one of the most interesting places in all of Harpers Ferry.  But, it is a memorial to show how terrible the Civil War was for everyone!

Pay a visit to the Antietam National Battlefield

The Antietam National Battlefield is the place where one of the major battles were fought. It also saw the highest amount of blood among any battlefields. General Robert E. Lee attacked with his full force.
A lot of people lost their lives in just a single day.

Also, this battle marked the beginning of the Civil War in the northern parts. Before this, there were no battles as severe as this one in these parts! Go over, pay your respects to the lost souls, and learn more about how the massacre happened!

The John Brown Wax Museum attracts a lot of visitors throughout the year. This is one of the most interesting modern locations in town.

We have already told you about the drastic story of John Brown. But, would you like to know more in detail?

Here in John Brown Wax Museum, the authorities have taken it as a responsibility to pass down this horrific story via statues, presentations, and animation.

Go to the John Brown Wax Museum to learn in detail how the raid occurred, what happened just before it, and what followed! There are even structures of the main characters.

Want to go check out a wine place where you can taste the different samples for free? We knew you’d say yes! After all, it is your vacation and you should have some fun!

The building where the distillery is built is itself rich in history. It is said that this building happened to be the house of several slaves back in the 1840s!

Did you know during the period when alcohol was banned in the States, this was one of the places where the slaves illegally prepared moonshine? Are you interested now? Get on this ride and taste some spirits in Bloomery Plantation Distillery!

Check out the haunted property of Hilltop House Hotel

Harpers Ferry has a lot of spooky spots, but Hilltop House Hotel happens to be among the popular ones. There are a lot of tales regarding the haunted stories of the place. But, we’d like you to experience the spookiness for yourself.

The hotel stopped functioning a few years back, but there are even some stories that go as far as some people did not check out on the day day of their stay.

Being constructed in 1888, this is one of the oldest properties and also has seen a lot of ups and downs. Being faced with two fires in its lifetime- it also went through a lot of re-building and renovations!

You can see a lot of videos regarding this haunting on the internet. See if those videos bring out the paranormal hunter in you!

Look out for the Chesapeake and Ohio Canal

It is now time to go see some more of the historical past of Harpers Ferry. In a time when there were no railroads to give connectivity to the town of Harpers Ferry- Chesapeake and Ohio Canal was considered as the salvation of the place.

It was believed that this canal will solve the problem of connectivity. But, soon the railways came and, the canal lost the battle with the railways.

It is not operated anymore, but you can still see the exact structure while you are hiking the Appalachian Trail. You can even see the house of the lockmaster, but they are not open to the public.

Are you looking for a quiet and nice last day of your trip? Haven’t bought any souvenirs for your friends or family nack home?

Looking for a good place to grab some brunch? All those queries have one answer, and that happens to be Downtown Harpers Ferry.

Downtown Harpers Ferry is filled with the shops of your wish and eateries that will make you drool. Located on the meeting point of the gorgeous rivers Shenandoah and Potomac- Harpers Ferry is quite a beautiful place, and taking a stroll around downtown makes you feel the beauty more.

The background of the Blue Ridge Mountains and the historic influence makes this a lovely experience that you must feel when you are on a trip to Harpers Ferry.

These were all the 15 things to do in Harpers Ferry. We shall be back with another trip soon. Till then stay tuned. 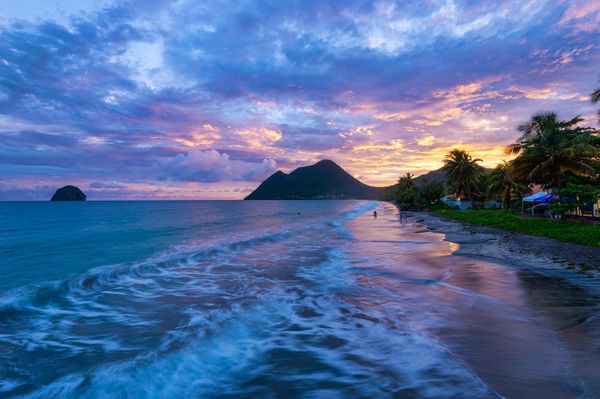 See also: Where to Stay in Martinique Nothing gets as Caribbean as Martinique—vast tropical jungles, the majestic Mount Pelée, ivory-white beaches, and sunny skies create the perfect paradise. This island is an overseas department of France, with a population speaking mainly in French and Martinican Creole. It’s also 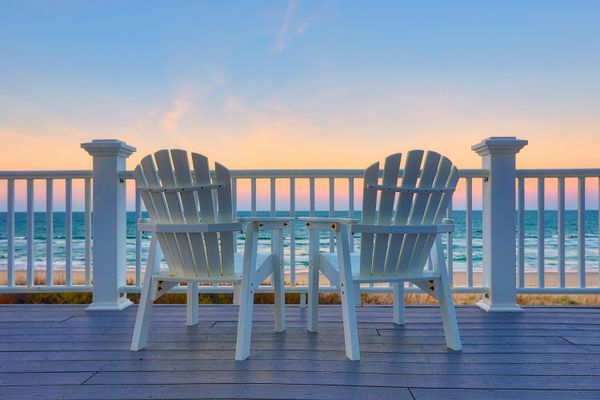 Seaside is a beachfront town located along the scenic 30A highway in Northwest Florida. This quaint town is the gateway to every vacationer's dream boasting its glistening shore and sprawling white sand along with the charming pastel architecture in the community. The cozy small-town feel with the sense of connectedness 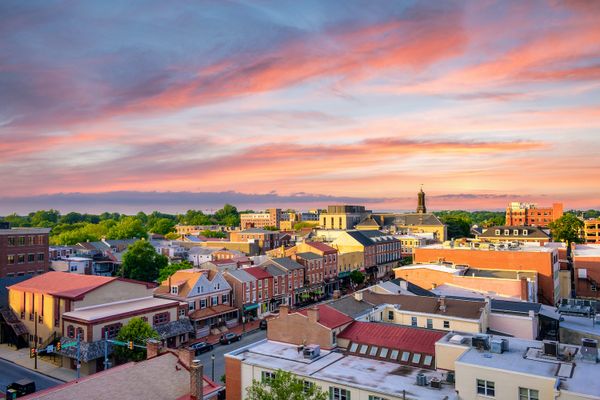 Smaller towns and communities, such as West Chester, have a certain charm about themselves. West Chester is a borough in the Pennsylvania state of the United States, and it serves as Chester County's seat. This scenic and historic village nestled at the center of the Brandywine Valley combines small-town appeal