When you're in Massachusetts, the first two destinations that come to your mind are the two beloved cities of Boston and Providence.

Both cities might be excellent travel destinations for many reasons, but Massachusetts has a lot of cities and towns that are equally beautiful as these two.

One of them is Fall River in Bristol County.

Fall River is the eighth biggest city in Massachusetts, which is big enough to squeeze in more than a dozen attractions, mainly for history and outdoor buffs.

This small city between Providence and Boston is home to many historical museums, places, and attractions that will fill your day with tons of activities and discoveries.

The city, home to 84,000 inhabitants, is a lot nearer to Providence, about 18 miles southeast, while it's 52 miles south of Boston.

You will be stunned with its hidden gems waiting to get explored with a wanderer like you.

Here are the 15 of the best things to do in Fall River in this post if you want to head there.

The City of Fall River is where you can step back into time through its historical landmarks and museums.

At the same time, you get the chance to remember those who laid down their lives for the country and flag.

Head to Fall River Heritage State Park to honor those who have fallen in America's most significant battles.

It's where you can offer prayers and plant an American flag at the WW2 Memorial in the State Park's Veteran's Memorial Plaza.

In addition, the place is also perfect for a photograph as it sits along the scenic Taunton River.

An afternoon stroll is a perfect activity for those who want to visit the heritage park along 200 Davol St. Fall River, MA.

The first attraction on the list is a must-visit place in Fall River.

Battleship Cove is the home to the USS Massachusetts.

It opened in 1965 and served as the largest Naval Museum in the World.

If you're a WW2 history fan or perhaps want to pay tribute to the men and women in service, Battleship Cove should be on the top of your list.

Aside from the famous Battleship Massachusetts, Battleship Cove also has four other naval vessels in USS Joseph Kennedy Jr., Missile Corvette Hiddensee, and the USS Lionfish.

An old mill turned specialty market is one of Fall River's best places for food.

Initially, the marketplace, which opened in 1988, served mainly to Portuguese migrants in Massachusetts, but eventually, their culinary excellence spread throughout the region, which earned them the best place for gourmet Portuguese cuisine.

The marketplace is also very well known for its climate-controlled room to keep their artisanal food, such as the famous salted cod fresh.

If you want to eat good food and drink good wine after strolling through Fall River's historic landmarks, drive down to 489 Bedford St to find Portugalia Marketplace.

If part of your itinerary explores supernatural phenomena, the Lizzie Borden House is your perfect destination.

It's one of the trendiest spooky attractions in Fall River because of its supernatural history.

For those unfamiliar with its story, Lizzie Borden got accused of murdering her parents in the 1800s.

However, she got acquitted after her trial, which makes the murders remain mysterious until today about the real identity of the culprit.

Many believed that the Lizzie Borden House, which now serves as a bed-and-breakfast, is haunted by Borden's parents and even Lizzie herself!

Numerous reports claimed that they saw ghosts and apparitions in the famous attraction, perfect for an unusual but unforgettable adventure.

This haunted attraction is at 230 2nd St, Fall River, MA.

This newly opened restaurant in River Falls captivated the locals and visitors' tastebuds with its seafood specials.

It quickly earned a tasty reputation to everyone because of its fantastic dishes that mainly rotate around seafood and fish cuisine.

The restaurant is a must-visit place because of its scenic view of the Taunton River and a walking distance from the Braga Bridge that connects Fall River to Somerset.

The restaurant is at 392 Davol St. and is open from 9 AM onwards every day.

For a romantic date beside Taunton River or you want to fill your tummy with good food, The Cove Restaurant & Marina is an excellent place in Fall River to have both.

The Fall River Historical Society, or FRHS, has been the city's renowned group for preserving historical artifacts since 1921.

The group dedicated themselves to maintaining and preserving Fall River's history and the entire state of Massachusetts.

The museum itself has a historical significance to Fall River as it once served as an underground railroad station.

Today, the FRHS museum is on the National Register of Historic Places list.

The Lafayette–Durfee House, built in the 1700s, is one of Fall River's famous historical landmarks at 94 Cherry St.

The house serves as a museum that has a comprehensive collection of artifacts dating back to the American Revolution.

The house was owned originally by Thomas Durfee, the father of then military colonel Joseph Durfee who commanded the American revolutionaries at the Battle of Fall River.

The Durfee descendants headed by Caroline Durfee led a preservation effort in 1973.

A time capsule was buried under the house's fireplace during the country's Bicentennial year in 1976, while the National Register of Historic Places listed it as an essential historical landmark in 1982.

The house/museum is only open on Sundays from 1 PM onwards.

Travel Back in Time at Oak Grove Cemetery

The Oak Grove Cemetery is not just famous as the final resting place of Lizzie Borden and Fall River's prominent people and elites.

The old cemetery built way back in 1855 underwent several improvements.

Today, it is more than just a spooky historical landmark, but a place for lovely photographs because of its Gothic elements that instantly greet you on its arch entrance.

Josiah Brown designed the cemetery and has grown significantly through the years.

From 47 acres, the Oak Grove Cemetery grew over 120 acres.

Ultimately, the Oak Grove Cemetery serves as a Civil War Monument, making it a part of the National Register of Historic Places.

If you're very keen on following the mystery behind the Lizzie Borden case, then head to the Maplecroft Mansion.

Borden lived and died at Maplecroft Mansion after she was acquitted.

Unfortunately, the house is closed for touring after being sold as private property in 2020.

The Maplecroft Mansion has an elegant and plush Queen Anne Victorian design which makes it look beautiful despite its age.

Despite the spooky stories of ghosts and supernatural encounters, the house itself is gorgeous.

The mansion has seven bedrooms and 3.5 bathrooms.

It has walnut wainscots, stained glasses, exquisite mantelpieces, and coffered ceilings that will surely amaze you right after stepping inside.

Visitors can still stop at the front of the house for photos today.

Who knows, aside from the beautiful mansion, you might capture an unexpected image besides you?

Hike Through the Copicut Woods

The Copicut Woods sits on a 516-acre nature reserve that is seated within Fall River's city limits.

The Trustees of Reservation currently own and maintain the nature preserve.

Copicut Woods is well-known for its natural features teeming with waterways, wetlands, uplands, and abundant wildlife.

Thanks to its food and shelters stationed strategically across the area, you can easily spot animals and birds along its trails.

Aside from hiking, most locals and visitors enjoy activities such as off-road mountain biking on its trails while skiing and snowboarding on its mountainous area.

Nestled at the north tip of Fall River beside Taunton River makes the Fall River Country Club a scenic golf course that you should visit.

This classic New England golf course, which opened in 1895, has been known for its scenic and historic layout.

So, if you're a golfer, it would be great to bring your golf club with you and spend your morning at its 18-hole golf course teeming with century-old pine trees and maples.

The Fall River Country Club is at 4232 North Main Street.

Fall River is also teeming with artificial parks to provide its locals with afternoon outdoor activities or sports.

One of them is the Kennedy Park, situated across the Taunton River.

Kennedy Park is the best place to sweat out and have fun because of its sports facilities.

It has several sports facilities such as basketball courts, baseball diamonds, tennis courts, a skating pond, and a swimming pool.

It also boasts a grassy flat field perfect for other outdoor activities, while you can also find a children's playground, a picnic area, and walking paths in this place.

Ultimately, Kennedy Park is the best place to find war memorials and rub elbows with the locals since it's their best place to hang out or relax.

Kenny Park is along S. Main Street in Fall River.

Fall River's Lazer Gate is a perfect place for kids to have fun and be kids for entertaining games such as their laser tag arena.

It's one of the main places for locals to have their kids have fun every weekend.

For sure, kids will be bored visiting many historical places around Fall River, so give them some time to have fun at Lazer Gate.

The place is entirely safe and well-maintained while their staff is uberly friendly!

To get there, Lazer Gate is at Plymouth Avenue in Fall River.

It opens from 3 PM onwards on Friday, Saturday, Sunday, and Monday.

Have a Vantage Point of Fall River Above Charles Braga Jr. Bridge

The 840-feet steel bridge that connects Fall River and Somerset holds historical significance to both cities.

Aside from being a vital part of Interstate 195, the Charles Braga Jr. Bridge is a testament to the region's progress.

Ultimately, it's named after an American sailor Charles M. Braga Jr., who died during the attack on Pearl Harbor on December 7, 1941.

Today, it's more than just an infrastructure, but rather an icon that adds more beauty to the already picturesque Taunton River.

It's a must-visit place if you want to take photos of Fall River's vantage point.

Likewise, driving over the bridge gives you a whole new experience and a good view of Battleship Cove.

If you bring your kids with you when visiting Fall River, make sure to get them to the Children's Museum of Greater Fall River.

The place is perfect for kids to have fun and learn tons of things.

The Children's Museum aims to provide kids and parents a place that encourages them to learn while having fun and simultaneously strengthening their family and social bonds.

The Children's Museum of Greater Fall River is at 441 North Main Street and is open from Wednesday to Saturday from 10 AM onwards.

There you have it, the 15 best things to do in Fall River.

Visiting the beautiful attractions, we've listed above is just a start.

Fall River has its distinct charm and story that will take you back in time.

Aside from the mystery surrounding the famous Borden murders, Fall River has more than meets the eye.

River Fall is a place for travel adventurers eager to discover hidden gems while enjoying its peaceful environment. 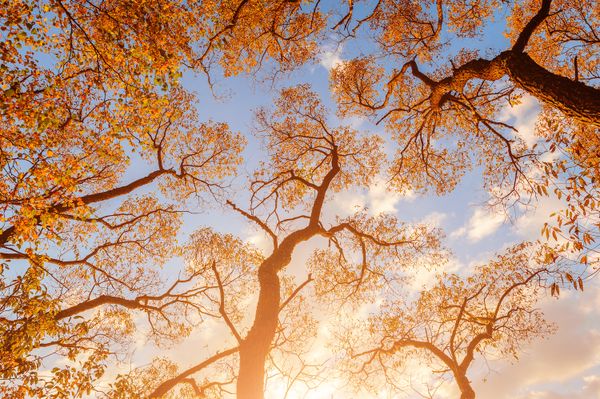 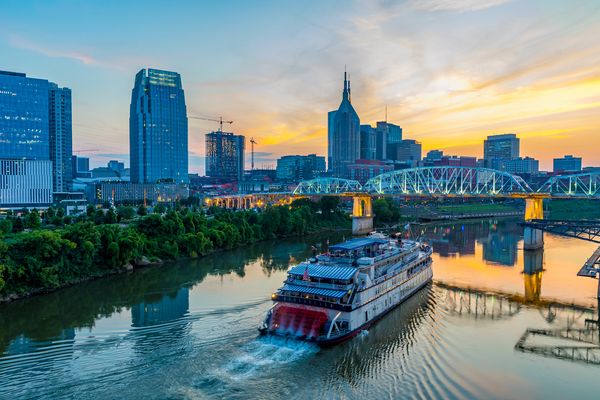