The best things to do in Ephrata, Pennsylvania, will treat you to a visual delight, rolling green hills, and expansive countryside dotted with tiny villages and historic sites.

This borough is located in Lancaster County, commonly known as the Amish Country and PA Dutch Country.

People from Eberbach, Germany, the sister city of Ephrata, were instrumental in founding the town of Ephrata in 1732.

This little Amish town is a must-see for everyone visiting the area because of its rich history, tradition, and natural beauty.

In Ephrata, you may experience a wonderful town full of things to see and do without having to join the crowds of typical "Amish tourist frenzy."

Here are the best things to do in Ephrata, Pennsylvania:

Join the Festivities at Ephrata Fair

When it comes to a significant aspect of the borough's local history, the Ephrata Fair, "the biggest street fair in Pennsylvania," serves as a showcase for its various agricultural activities.

Mummers Parade was added in the 1920s, making the festival three days long.

A variety of additions and alterations were made to the Ephrata Fair after World War II, including a baby procession, more amusement attractions, and a beauty contest.

There are toy pedal vehicles from the United States and countries like Canada, the United Kingdom, Italy, and even Russia.

On exhibit at the museum, visitors may see everything from pedal vehicles and fire engines to tractor-trailers and jets.

Each pedal vehicle has a teddy bear driver in honor of Richard Seiverling's late wife, Ethel.

You will also find a pedal car version of Ford T5 (a Ford Mustang), a famous American muscle automobile sold to Germany.

A 1930s Sedan and Cabriolet are also on show at the museum, both of which have undergone extensive restorations.

If you're a history of World War II fan, you've probably watched the miniseries "Band of Brothers," which featured Major Dick Winters and Easy Company hero.

In 2015, Ephrata unveiled a duplicate of a Major Winters monument that formerly stood in Normandy, France.

The Winters Leadership Memorial honors all of Ephrata's veterans and hopes to encourage the city's youth to follow in the footsteps of Dick Winters, a local hero.

Winters only consented to the statue bearing his likeness if it was dedicated to all the junior officers who served and died during the D-Day landings.

Cycle through the Warwick to Ephrata Rail Trail

Known as WERT, the Warwick to Ephrata Rail Track links Ephrata to Lititz and is a great trail for biking or hiking.

For a total distance of 8 kilometers, the path is pretty level.

Parking is accessible half a mile into the course in Ephrata Linear Park, where the easternmost endpoint is situated.

It's also preferable to start your journey there.

The route begins in Ephrata's downtown district and then travels through residential neighborhoods.

This section of the course is paved and well-lit.

As a bonus, many exciting places to see along the route.

About 2.7 miles later, Millway Road provides parking and a bathroom.

Fresh fruits and vegetables are available for purchase at the farmer's market located 0.2 miles down the road.

Grab a Can of Beer at St. Boniface Craft Brewing Company

Their inaugural beer's initial batch of Hegemony sold out in hours.

Their taproom is located next to the brewery, a popular meeting spot with repurposed wood, high ceilings, house brews on tap, and locally sourced wine.

There is a changing food truck menu at the taproom on weekends, including pizzas and sandwiches.

Meanwhile, on evenings when there is live music, the brewery gets a lot of attention.

Many taverns and pubs in and around Lancaster County serve St. Boniface beers on tap.

Drink Till You Drop at Ephrata Brewfest

The Ephrata Brewfest is a must-try event for tourists and residents alike visiting Lancaster.

A terrific opportunity to sample local brews, listen to live music, and get to know the neighborhood is by attending a beer festival.

It's a must-see for beer enthusiasts and curious tourists alike!

So not only can you participate in a long-standing local custom, but you'll also positively influence the community's well-being.

Starting April, festival tickets become available and may be purchased online or at the Ephrata Recreation Center, the Ephrata Public Library, and the Whistle Stop Plaza Visitors Center.

In addition to a sampling mug and entrance to Whistle Stop Plaza with each ticket, you'll get free samples from all participating brewers.

When the Ephrata Cloister was first constructed in 1732 in the present-day Lancaster County town of Ephrata, Pennsylvania, it went by "Ephrata Community."

It was founded by a faction that broke away from Germany's Alexander Mack Schwarzenau Brethren group.

In 1728, the initial group broke away from the rest of the movement.

Conrad Beissel and a group of followers landed in Lancaster County, Pennsylvania, in 1732 and built a semi-monastic community that included a convent and a monastery known as "Ephrata."

Celibacy, rigorous Bible interpretation, and self-discipline were required for members of the order.

Approximately 80 men and women lived in the Ephrata hamlet, which formerly possessed 250 acres.

In 2008, the last occupant of the Ephrata Cloister passed away.

There are no longer any residents living in this community; however, the structures they built remain for you to explore.

Because the Ephrata Performing Arts Center (EPAC) was founded in 1980, it has been a source of excitement for locals and tourists alike to see live performance theatre.

The property where the Playhouse stands were initially held by the Eicher family, who purchased it in 1734.

To ensure that it would be open to the public for recreation, the Borough of Ephrata assumed control in 1912.

A pavilion was built on the site to replace the original Eicher Barn.

Top-notch Broadway musicals and dramas, including Les Misérable, My Fair Lady, and Mary Poppins, are all part of the company's annual season.

The center's continuous lessons and summer kids camps continue to produce new stars every season on the center's stage.

The Sharadin Bigler Theatre, which just underwent a renovation, will serve as the stage for the show, which will include Broadway legends like Robert De Niro and Betty White.

Founded in the early 1950s, this civic service organization aims to aid those in need.

As a result, the American Legion has grown as the most prominent service organization globally, with a membership of over five million.

The group's mission has always been to advocate for the benefits and services of veterans.

The organization's Ephrata post has 700 members who aim to serve the borough and its neighborhoods.

There are now a variety of activities and fundraisers held at the American Legion headquarters at 300 Cocalico Drive, including Relay For Life, a variety of social functions such as dancing and wedding ceremonies and parties, as well as meetings and bingo for the general public.

Some of the best meals in the region can be found at its full-service restaurant.

Have a Blast at Gameseum

Calling all gamers, we've got a place for you!

The Gameseum is not your ordinary arcade.

Since its inception in 1996, the Gameseum has hosted a remarkable exclusive collection of coin-operated pinball and gaming machines from the 1940s.

Visitors are welcome to play over 80 classic and contemporary arcade games that are part of the collection.

You don't need any coins to play any of the machines in the arcade.

Instead, you will pay ahead of time on an all-day or hourly basis.

Grab Your Supplies at The Green Dragon Market

Over the years, the Lancaster County Amish market has become a beloved destination for shoppers worldwide!

Meet your local farmers at Lancaster's favorite market on a gorgeous Friday morning!

Located in the heart of Amish Country, the Green Dragon Farmers Market & Auction is a modest 60-acre location.

We've developed into one of the East Coast's most fantastic flea markets since its beginning in 1932.

In addition to 30+ acres of free parking, Green Dragon's main features include an excellent indoor and outdoor shopping experience and our unique merchants.

Use our website to learn more about our unique merchants, auctions, and other offers!

Indulge in the Ice Cream Offered by Fox Meadow Creamery

Did you know that Ephrata has a family-owned dairy?

For over 70 years, its healthy cows have provided milk of the highest quality in this area.

These creamery delights are made with the best ingredients from an awarded farm recognized for its unique dairy farming techniques.

Visitors may see the ice cream is made from its source to the cone at the creamery right on the property.

Delicious ice cream is available in various flavor combinations, so there's something for everyone here.

You may eat it straight out of the cone or mix it into a tasty milkshake or dessert float.

There are 11 different types of wine to choose from at Weathered Vineyards Ephrata Wine Tasting Room & Bar in Ephrata.

Visitors who stay overnight at the rustic elegant Smithton Inn B&B may use the tasting room.

This is the only Ephrata-area establishment to provide an array of wines, from sweet to dry.

All the contemporary facilities you'd expect to find in a hotel may be at Smithton Inn.

It boasts a large flat-screen TV for sports enthusiasts to have a drink while watching their favorite team play.

With its original stone wall and wood beams, the Dutchland Center has a speakeasy vibe about it.

As the location of Cloister Cabinetry & Javateas Coffee Cafe, locals will have a new incentive to gather with friends and sample fine handmade drinks.

Handcrafted, small-batch distilled spirits of the highest quality are produced by this distillery, using as much local farmland as possible.

You may sample ORD's distilled spirits in the Ephrata tasting facility, including vodka, rum, whiskey, and moonshine.

Buying from Mother Tucker's is a once-in-a-lifetime event.

You'll discover more than 30 active vendors offering low-cost goods in a collaborative setting in our shop.

Our vendors include Creations by Kathe, which specializes in handcrafted rustic goods.

In addition, we have one of the area's major postcard sellers.

Ephrata, Pennsylvania, a flourishing rural town in northern Lancaster County, Pennsylvania, is filled with history and takes pride in its legacy and its own distinct identity.

Visit this quaint borough and try the ones on our list! 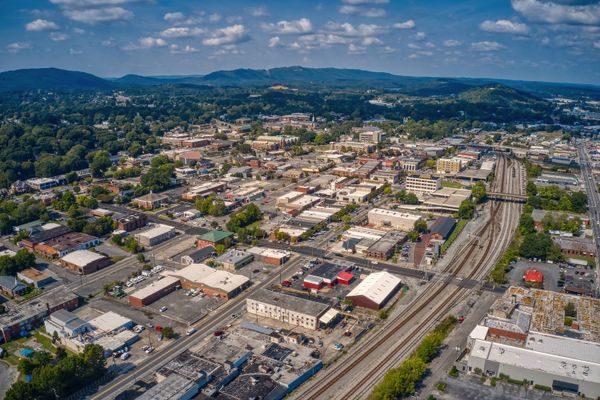 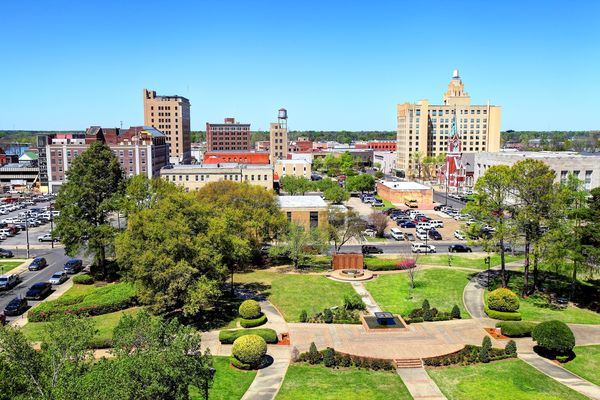 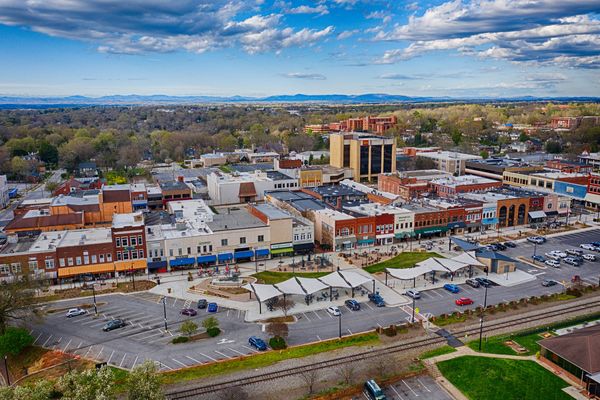