Council Bluffs is an Iowa city and the seat of Pottawatomie County.

The city is a major part of the Omaha-Council Bluffs metropolitan region and Omaha's most populated suburb.

It's across the river from Omaha, Nebraska, on the Missouri River's east bank.

The Mormon Trail had its historic beginnings here.

There was a steam-powered boat that could ferry their wagons and animals across the Missouri River, making Kanesville the northernmost anchor town of the other emigrant roads.

In 2010, the Omaha-Council Bluffs metro area, which includes Council Bluffs and Omaha to the west, was the 60th biggest in the United States, with an estimated population of 865,350 people.

Council Bluffs has been around for a lot longer than Omaha, by around a decade.

When you visit Council Bluffs, you'll discover that it is one of the fastest-growing cities in Iowa.

This dynamic city is home to a broad array of public art, outdoor leisure, and other attractions.

Read on to find out the best things to do in Council Bluffs.

As a part of the Union Pacific Railroad Museum located in Council Bluffs, Iowa, visitors may learn about almost 150 years of railroad history through interactive multimedia exhibits, historic images, and unusual relics.

The museum features everything from the first transcontinental railroad in 1862 to Abraham Lincoln to today's cutting-edge railroading technology.

Manawa State Park is named after the 772-acre oxbow lake that a flood in 1881 bestowed to Council Bluffs as a gift.

A range of activities is available to guests, whether onshore or in the sea.

Bring your bike or your boat and have fun exploring the area.

There are eight miles of mountain biking routes near the Missouri River boat ramps.

All visitors, including those who use a wheelchair, will appreciate the Lake Manawa Recreation Trail.

The Dream Playground, Iowa's biggest ADA-accessible playground, is a great place to take the kids or grandchildren.

The Lake Manawa Sailing Association's racing season runs from June to September, whether you enjoy sailing or watching races.

You may also take a sailing lesson to enhance your abilities.

Lake Manawa Beach if you prefer a human-powered watercraft.

The lake is home to a total of sixteen fish species.

You may go fishing from fishing piers, the beach, or a fishing boat; however, you need a fishing license.

One of Iowa's oldest and largest rail museums, the RailsWest Railroad Museum, is located in Council Bluffs at 16th Avenue and South Main Street.

Displays about the eight railways that serviced the region are included at RailsWest, the Railway Mail Service exhibit, and a substantial HO gauge model train collection.

In addition to BNSF, Union Pacific, and the Iowa Interstate railroads, RailWest also has a gated railfanning area close to its property.

An overlook dedicated to the historic encounter of Lewis and Clark with Otoe and Missouri Tribesmen was inaugurated in 1936 at Council Bluffs, Nebraska.

In the Loess Hills of southwest Iowa, the site provides tourists with a spectacular view of the Missouri River, the Omaha cityscape, and Council Bluffs.

As well as being a famous mountain biking track, it is also a great place to go hiking and camping.

The picnic area and restrooms are only available during certain times of the year.

When you cross the Missouri River into Iowa, Vincent Bluff is the first thing you may notice.

Amid the city, Vincent Bluff State Preserve offers spectacular scenery of the Missouri River, the city itself, and the Omaha skyline.

Keep an eye out for wild turkeys and elk.

Bring a pair of binoculars or a long lens to enhance the views.

Squirrel Cage Jail and Museum, established in 1885, served as a jail until 1969, when it was converted into a museum.

When the prison was added to the National Register of Historic Places in 1972, it became one of Council Bluffs' most distinctive landmarks thanks to its unusual architecture.

A three-story jail of this type had been created for the first time, making it one of just eighteen revolving jails ever built.

Much like it was back in 1969, the cells of the Squirrel Cage Jail remain mostly unchanged to this day.

Check Out the Tiny Bregant House

In terms of height, none of them were above 4 feet.

Council Bluffs, Iowa, became their new home when they wed.

They designed their house to meet their size, except for the doors made to accommodate their guests.

The property has been added to the National Register of Historic Places.

Among its architectural highlights are parquet flooring, cherry and walnut woodwork, and several "modern amenities" that were uncommon.

One of the "greatest railroad constructors of all time," General Grenville Dodge, previously lived in the house.

When the house was recognized as a National Historic Landmark in 1961, work began to restore it to its 1869-1916 era.

The path covers 63 miles across four counties in southwest Iowa on the historic Wabash Railway line.

The route is largely level. It also has a few shade areas suited for all ability levels.

Cross-country skiing is a great winter activity. Pay the daily cost at the trailhead with exact change, or buy yearly passes on the internet.

If tacos aren't your thing, give pork tenderloin ago.

So, if you want a table at one of the many nearby restaurants, make your reservation early.

What if you don't have a bike?

There's nothing to worry about.

Heartland B-cycles may be rented at three sites.

A lady, who she believed to be an angel, appeared to her three times before her death in 1916.

In her dream, said angel also urged her to drink from a bowl.

Dodge repeatedly rejected the offer of a drink but eventually agreed.

When she accepted the elixir, she was converted into a spiritual entity.

In the wake of their mother's passing, her daughters hired Daniel Chester French to create a portrait of her lucid dream.

The Black Angel was French's favorite piece, even though he went on to sculpt Lincoln for the Lincoln Memorial.

People tell odd stories concerning the actions of the sculpture.

Additionally, they say visitors are cursed if they touch the angel's hand or gaze into its eyes.

Check Out the Golden Spike Monument

There is a lot of history in Council Bluffs because of the Union Pacific Railroad. Union Pacific, a Cecil B. DeMille film that premiered in Omaha, Nebraska, in 1939, is part of the local history.

A 56-foot-tall railroad spike was built in Council Bluffs, Iowa, for the film's premiere.

This spike is 100 times larger than a regular spike.

It was named Mile Post Zero by Union Pacific Railroad to bring attention to the place.

During the unveiling of the Gold Spike in 1939, DeMille himself predicted that the monument would survive at least 100 years.

To witness the surge, you must be in a public place.

The ideal time to see it is during daylight hours despite the area being open around the clock.

The monument has a tiny parking area to the east.

Have a Fun Family Day at Bayliss Park

There is a lot of family fun at this downtown park! For children, this is an ideal playground because of the water element with child-activated sprays and other kid-friendly touchable art.

The Iowa West Foundation is responsible for funding the park's public art installations for the most part.

You may spot the artwork produced by Brower Hatcher in Oculus (the park's performance venue) and Wellspring (the park's central fountain).

Farmers Market Council Bluffs and Winterfest are only two of the seasonal activities at the park.

On July 4, 2003, renowned artist John Lajba unveiled his sculpture for the Veterans Plaza, which was dedicated the next day.

The plaza features representations of every branch of the military from the Civil War to the War on Terror.

Those who served in the military in Pottawattamie County are honored in the memorial's names.

This hotel casino stands over the Missouri River.

Vici Properties owns the property, while Caesars Entertainment manages it.

Harrah's Council Bluffs is the only place to go if you want to go out and play since it has the friendliest dealers and the largest range of table games in the Omaha region.

Take out the dice, set your wagers, and get ready to make out with Lady Luck!

The casino is open 24 hours per day, seven days per week.

The First Presidency reorganization conference was held here in the original structure.

A new tabernacle was constructed in 1996, less than a block away from the original site where the first one stood.

The Kanesville Tabernacle facsimile is open seven days a week, from 10 a.m. to 5 p.m. In addition, there is no fee for admittance.

The 3,000-foot-long walkway, which spans the Missouri River, offers breathtaking views of Omaha's skyline and an almost weightless sensation to those who use it.

The 3-acre Omaha Plaza in Nebraska features a water jet fountain that visitors may interact with and a National Park Service Visitors Center.

More than 150 miles of natural trails are linked to Bob, making it a popular spot for bicyclists and walkers alike.

On Fridays during the summer, there is live music in the Plaza area.

A vast grass-sitting area surrounds the plaza, reminiscent of an outdoor theater.

Visitors are invited to bring blankets or lawn chairs to the event.

Experience the Museum Of Shadows

On two floors of a four-story structure, the Museum of Shadows is one of the most haunting museums globally!

From around the United States and beyond the world, the museum displays more than 3000 authentic haunted objects.

Visitors have experienced everything from being physically touched to seeing apparitions to hearing disembodied voices.

In addition, our security cameras have captured and confirmed poltergeist activity in the area as well.

Stop by one of the most haunted museums in the world today.

In Council Bluffs, the phrase "UNlike anyplace else—on purpose" captures the area and its inhabitants well.

Plan your Council Buff trip with our list of best things to do. 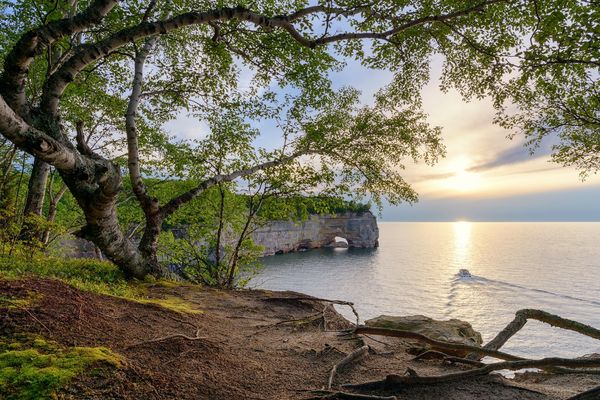 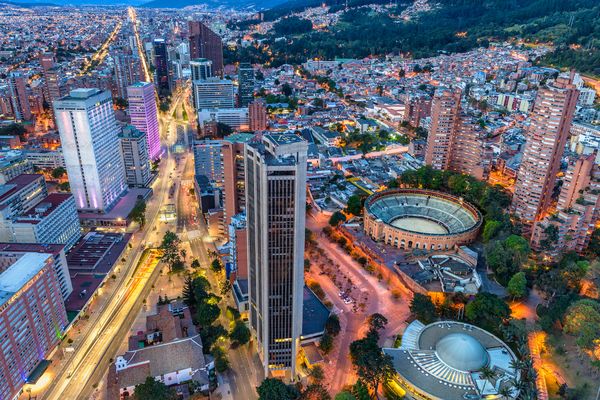 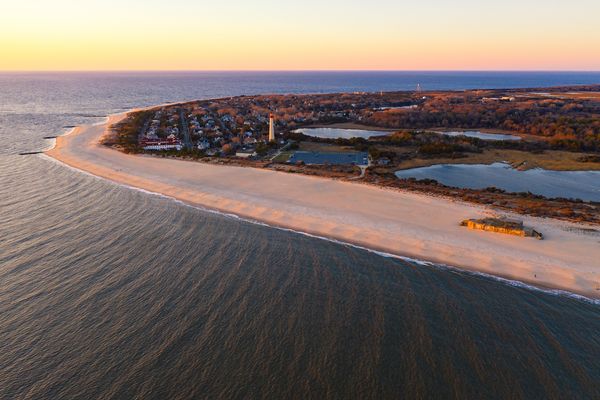