Between Tucson and Phoenix lies a charming city that serves as an excellent midway stop, Casa Grande.

The best things to do in Case Grande revolve around the great outdoors and history, making it a popular destination in Arizona.

The Carters established Casa Grande in 1879 during Arizona's mining boom, with support from the Southern Pacific Railroad's presence.

A fun fact about this city is the longstanding debate on its pronunciation.

Many locals pronounce Casa Grande as CAH-sah GRAHN-day, the same as in Spanish.

Meanwhile, some individuals believe that the "e" at Grande's should sound like a hard "E."

Like the many ways to say its name, there's no shortage of fun things in Casa Grande.

You won't have to worry about missing out on any of them.

Here are the best things to do in Casa Grande, AZ.

Take Pictures with the Domes of Casa Grande

Since its construction in the 1970s, The Domes have captivated and mystified people worldwide.

Most people who see them can’t decide if they're Native American ruins, mutated mushrooms, or extraterrestrial spaceships.

They're none of the above, but they are something else entirely.

The Domes are the ruins of an unfinished computer facility.

According to legend, the Domes of Casa Grande are haunted and linked to the local spate of inexplicable deaths and disappearances.

However, nobody appears to be bothered that the Domes lie on private property.

Visitors are not allowed to enter the abandoned complex, though they may still learn about its unusual past, including stories of demonic worship.

You can see street art in the many murals and pieces of graffiti adorning them.

Join the Festivities at Pinal County Fairgrounds and Event Center

The Pinal County Fairgrounds and Event Center, spanning 120 acres, is an essential component of Casa Grande.

It has hosted the annual county fair for the past 60 years, a celebration the locals take great pride in attending.

Its center is a fantastic site where you can meet various people and celebrate the county's agricultural legacy via multiple events, educational activities, and workshops.

You can find all of these things at the center.

The Lantern Fest and the Agri-County Bluegrass Festival are other events that occur during the year.

These events feature various activities, including shopping, eating, and doing arts and crafts.

Join the fun at the Pinal County Fairgrounds and Event Center!

You probably already know this, but Arizona is a state that has a large number of public pools, and there's a solid reason for that.

If you find yourself in Casa Grande with your family, bring them to the Palm Island Family Aquatics Park on a warm day.

There is no better way to escape the scorching Arizona sun than by taking a soothing dip in the park's waters.

It has swimming pools appropriate for people of all ages.

It also has swimming instructors available for anyone who might need some guidance.

The park comes with slides, fountains, and water jets.

You can also rent the place for special events.

Many people who visit Arizona are shocked to learn that the state is a major cotton producer.

Four generations of Caywood family members have farmed cotton and alfalfa on the rocky Arizona landscape at Caywood Farms near Casa Grande.

The eager and knowledgeable family members are always on hand to conduct tours.

From October through March, Caywood Farms hold tours at a reasonable cost.

The excursion may feature some live banjo picking and equipment demonstration.

A small artificial lake with a maximum depth of 12 feet and a width of one acre lies in the middle of the property.

The pond requires a Class U Urban Fishing License.

During park hours, the fishing lake is accessible.

Catch a Performance at Paramount Theatre

The Paramount Theatre is one of the most-visited venues in the whole city.

The Paramount Foundation is the organization responsible for its daily operations.

You'll have a great time at this theater with its Egyptian theme, accommodating only moderately sized groups.

You can find it in the center of Casa Grande's downtown district, close to many of the city's most acclaimed restaurants and dining establishments.

The locals consider it the city's most visited music venue.

The Paramount Theatre is a warm and inviting facility that hosts a diverse array of musical performers on tour around the country.

It's an excellent spot to spend an evening if you want to listen to live music and enjoy the company of others.

At the Mission Royale Golf Club, players will experience another renowned course.

Serene vistas, cactus, and breathtaking hills surround the green golf course in the heart of the desert.

Hogan's Restaurant and the Mission Royale Pro Shop are great places to get a bite.

The Mission Royale Golf Club welcomes you whether you're a novice or an expert.

It provides a historical and pedagogical overview of the city starting in the 1950s.

This collection may include signages promoting companies along Highway 48, taking you back in time.

For example, you can find vintage Dairy Queen signage among the many others and advertisements from local businesses.

The park is open from the early morning hours until late at night.

Check out the Casa Grande Neon Sign Park at night when it s the brightest.

Local bowlers love to hang out at Cotton Bowl Lanes.

The Cotton Bowl Lanes is a bowling alley and entertainment complex in one location.

You can also try open bowling if you want to take a break from the events.

It's a popular location for live performances and other special events.

In addition, you can go to the bar to get your favorite alcoholic beverages and some quick bites.

Guns have significantly impacted Arizona's history, whether or not people like them.

When it comes down to it, kindness and rainbow sherbet wasn't enough to subdue the wild west.

There is a public shooting range in Casa Grande called the Mountain Park Public Shooting Range on South Isom Road.

However, you must bring your own weapons and ammunition to use the facility.

The best time to visit the Casa Grande Mountain Park Public Shooting Range is the early morning or late afternoon when the sun isn't as intense.

This park is a favorite among the state's numerous firearms enthusiasts.

Watching others fire various firearms, primarily rare, valuable, or military-grade is fun even if you aren't a shooter yourself.

If you're lucky, a few more welcoming characters will let you fire a few shots with their weapons.

Casa Grande Art Museum lies at the junction of Third and Maricopa streets.

In 1929, Gus Kratza designed the structure as a family home.

Today, it belongs to the National Register of Historic Places.

You can see many of the retired banker's wife's favorite elements on the rusticated concrete building's façade.

In 1987, the Friends of the Arts, Inc., bought the home and opened Casa Grande Art Museum in its place.

Many of the pieces in Arizona's sculpture garden come from A. Thomas Cole, founder of the Friends of the Arts.

The Museum of Casa Grande safeguards and shares the region's rich cultural history.

Many aspects of modern and historical life and work reflect in these collections.

To give visitors a more in-depth look at the Museum's extensive holdings, the curators develop unique display spaces on-site and online.

Since 1877, the same family has run the Western Trading Post in Casa Grande.

It specializes in Southwest, Old West, Native American, and Cowboy antiques and memorabilia.

You’ll find some great local items and souvenirs in the retail store.

It has a live auction once a month, but if you can't make it, you can still join the online auction if you're in the neighborhood.

Look for unique items at the Western Trading Post!

When you've somehow run out of things to do, head to the Harkins Casa Grande 14.

The large theater complex has 14 auditoriums to serve moviegoers.

They screen first-run movies in high-definition sound and digital projection, ensuring a stimulating experience for everyone.

You may fill up on snacks and beverages at the Harkins Casa Grande 14’s spacious snack bar.

Are you looking to cap off your day at Casa Grande?

McMashers Sports Bar and Grill made its debut in the city in 1989.

It shows major thoroughbred horse racing events, including the Kentucky Derby and the Breeders Cup.

In addition to watching the newest sporting events, it's a terrific spot to watch the action with friends and enjoy the best food in town.

It's an excellent location to meet new people and have a tasty lunch in Casa Grande's cheerful and welcoming atmosphere.

After a million-dollar restoration, the resort has added facilities, paved roads, and refurbished activity rooms.

It features a swimming pool, ideal for volleyball and aerobics, and a brand new health center.

From card games and bingo to artisan fairs and delicious meals, you have plenty of ways to pass the time at the resort.

Its committed crew creates a warm and welcoming atmosphere for its valued RVer visitors.

Casa Grande RV Resort is the perfect spot to stay while exploring Arizona's many attractions.

It offers daily, weekly, monthly, and seasonal rates that are unbeatable in quality.

During the 17th century, Spanish missionaries introduced Christianity to the Native Americans in Arizona and New Mexico.

One of these missionaries stumbled upon the pueblo ruins in Casa Grande, with multiple levels and may have irrigated crops.

The structure and nearby canals cut into the hard earth amazed them.

However, there is a lack of information about the remains or the individuals who built these intriguing structures.

Some historians believe the Hohokam Indians built them in the 13th century.

These ruins are in Coolidge, Arizona, approximately a 25-minute drive from Casa Grande.

Despite its recent expansion and modernization, Casa Grande has retained much of its heritage and charm.

It still offers a nice respite from the city to relax, unwind, and experience life as it was 100 years ago.

You won't regret taking a detour to this stunning city.

Book your trip today and discover the best things to do in Casa Grande! 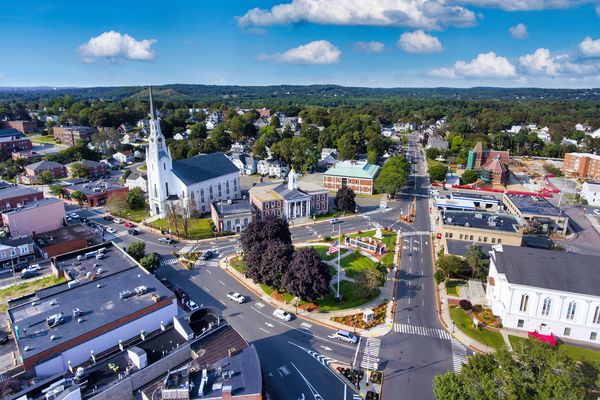 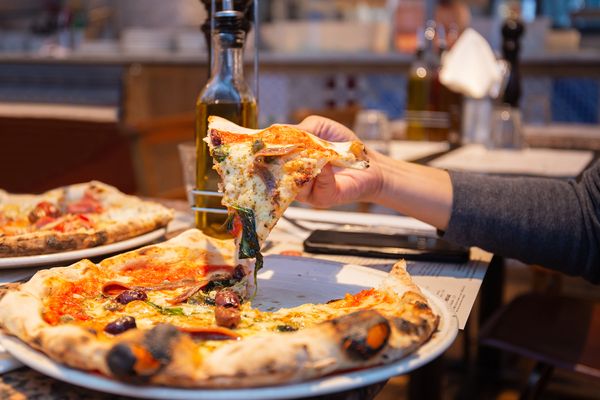 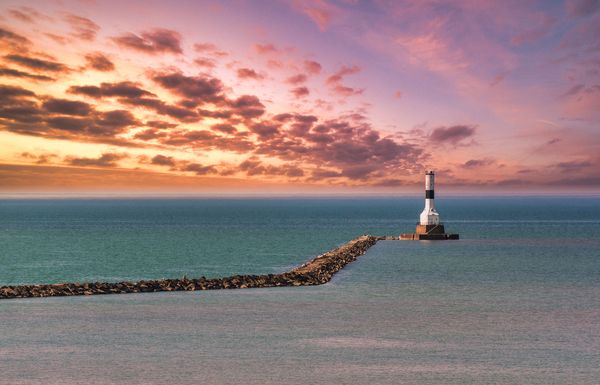