The state of New Mexico might be more famous for Roswell, but you’d miss out on even more enjoyable activities if you skip a trip to Artesia.

You can find this small city down on the southeast corner of New Mexico, between Carlsbad and Roswell, where you can find a distinct culture dating back to the 1800s.

Homesteaders came in droves because of the newly discovered Artesian water system.

This system made it a no-brainer for cattle magnate John Chisum to include the city in his empire.

In the 1890s, the railroad came to town, and the growing city went through several names.

First, they called it Miller, and then Stegman.

Finally, the people settled on Artesia after digging the first Artesian well on Sallie’s land.

The city became officially known as Artesia in 1905.

Today, it is famous for its oil and gas reserves.

However, you can also find various historical and cultural attractions to brighten your trip.

Do you want to know more about Artesia, NM?

Here’s a list of the best things to do in this city:

Check Out the Bronze Statues along Main Street

If you take a walk down Artesia’s Main Street, you’ll pass a life-size bronze statue standing by the road.

There are nine bronze sculptures in all, and the city is proud to display all of them to the public.

After all, these statues form one of the best bronze sculpture collections in New Mexico.

Each statue also represents an important figure in Artesia’s history.

They also honor the city’s roots in cattle ranching, which began in the 1800s.

Likewise, many statues depict an important historical figure during the Cattle Drive era, engaged in a typical Southwest activity.

One of these figures is Sallie Chisum, whose land the city drilled its first Artesian well.

Since 1970, the Artesia Historical Museum and Art Center has taught locals and tourists alike about the rich history and heritage of southeastern New Mexico.

You’ll also find a children’s room, where they can try on different hats and clothes.

The museum also operates inside the Moore-Ward cobblestone house, one of Artesia’s unique houses.

Admire the Mural at the Artesia Public Library

Who says a public library can’t be a tourist attraction?

The Artesia Public Library is a bona fide tourist attraction not just because of its book collection but also because of the gorgeous mural on display there.

If you’re curious, the famous New Mexican artist Peter Hurd painted the mural, featuring the phrase “The Future Belongs to Those Who Prepare For It.”

At first, Hurd had painted the mural in a building lobby in downtown Houston.

However, the city decided to demolish the building, which pushed Hurd to move the mural to Artesia, where he could put it up permanently.

Take a Stroll along Heritage Walkway

Explore Main Street by going down the Heritage Walkway and taking all the photos of the colorful murals.

If you get tired, you can take a break in a little shaded area where you can enjoy a picnic lunch.

You can find these murals after you pass through the archway.

What are these murals? These murals tell the story of the Artesia area.

In 1976, the Artesia Junior Women’s Club painted these murals with the assistance of Helen Mapes, a local art teacher.

Many years later, another local muralist added the third mural of the New Mexico landscape in 2004.

You should also look closer at the nearby fountain, comprising thousands of colorful tiles.

Shel Meymark, an artist from Embudo, New Mexico, crafted these tiles by hand.

American democracy depends on the protection of veterans, who have laid their lives on the line to defend the flag.

In honor of these heroes, the city of Artesia renovated the Baish Veterans Park in 2012.

You’ll find this park in front of City Hall. Pay respects to the veterans of North Eddy County, from past to present.

Today, the park features the names of the region’s veterans and the imposing sculpture called “Freedom’s Fire.”

This time, Beverly Paddelford, a sculptor from Lander, Wyoming, created the sculpture.

When you visit this park, remember the sacrifice and reflect on the courage of these veterans who paid the ultimate price to ensure America’s freedom.

See a Show at the Ocotillo Performing Arts Center

The Artesia Arts Council bought the building, originally a movie theater, and then became a cafeteria.

New owners bought the place and turned it into Clifton’s Cafeteria in 1961, and then the Townhouse Cafeteria three years later.

However, it closed again.

Fill your night with culture by catching a performance at this unique building.

Grab a Drink at the Wellhead Restaurant and Brew Pub

In 1905, the Wellhead Building, made of artificial 55-pound stone blocks, stood in downtown Artesia.

The building served people as a hotel and tavern, or a “sample room” and restaurant.

The building housed several businesses throughout the years, such as a used furniture store, sanitary grocery, and auto parts shop.

The US Post Office and the New Mexico Army National Guard even held office there.

Today, the Wellhead Restaurant and Brew Pub occupies the place.

You can enjoy nice delicious meals during your visit, like burgers and steaks.

Wash them all down with a mug or two of ice-cold craft beers.

If you want to get closer to nature, you might want to visit Eagle Draw Park.

Join other New Mexicans who love spending time outdoors and get active on the park’s tree-lined greenbelt.

Moreover, the Artesia Balloons and Tunes Festival launch their hot balloons from the park, so catch this event.

Otherwise, just hang out with your kids as they play on the playground.

You can also work out at the exercise equipment stations permanently installed throughout the 3.2-mile trail.

Every year, Artesia celebrates its heritage as an oil and ranching town through the Red Dirt Black Gold Festival.

Hundreds of tourists join the locals in participating in various events honoring this rich legacy.

For example, you can join the Oilfield Olympics or listen to live “red dirt” music.

You can also enjoy cold drinks at the beer and wine garden.

You should join the Artesia Walking Tour if you prefer a guided tour around Artesia’s Main Street.

These tours will take you to every important landmark downtown, showing the expansive history and heritage of the city.

You don’t even need to be a history buff to enjoy this tour because the sights and sounds of downtown Artesia are enough to delight you.

You begin the walking tour at the Train Depot, and you’ll stop by the historical sites and the Artesia Visitors’ Center.

Likewise, you’ll stop by each of the History in Bronze sculptures.

This school building is unique in American history because it’s the first US public school built completely underground.

This Cold War-era landmark is not just a school but also a fully equipped fallout shelter designed to protect the community from the blast and radiation from a nuclear bomb.

The fear of planetary destruction through a full-scale nuclear war between the United States and the Soviet Union was real.

Construction finished in 1962, at the height of the Cold War. Except for three connected flat-roofed buildings, every part of the school is underground.

It was also strong enough to withstand a thermonuclear blast.

Besides these buildings, the only part of the school above ground was a concrete slab roof, which also served as the kids’ playground.

The shelter also had a wide storage facility where the community stored emergency rations and supplies, which could support 2,160 people.

The National Register of Historic Places named the Abo Elementary School to its roster in 1999.

Watch Balloons Fly at the Artesia Balloons and Tunes Festival

If you visit Artesia in November, you can catch the festival that celebrates this aspect of New Mexican culture, the Artesia Balloons and Tunes Festival.

Look up at the sky and see colorful balloons dotting the crisp blue New Mexico sky.

Back in downtown Artesia, you can go around and enjoy live music and thrilling events.

Roll a Strike at the Artesia Lanes Bowling Center

For more than 60 years, this family-owned bowling alley has provided fun times for everyone who walked through its doors.

Today, the Artesia Lanes Bowling Center still sits at the top of family-friendly destinations in the city.

Besides bowling, you can also enjoy tasty food at Anna’s Café, which serves pizza, fries, and burgers for you and your buddies.

You can also spend a few hours playing darts or pool at the arcade. Sing your heart out during Karaoke Saturday Nights, too.

If you want to taste authentic New Mexican food, go to the Adobe Rose Restaurant and explore the vibrant cuisine and culture of the great state.

The restaurant specializes in infusing its offerings with a distinct Southwestern flavor.

The restaurant’s main room sits inside a historic adobe building, adding a historical touch to the intimate atmosphere.

Otherwise, you can enjoy your meals in the courtyard and enjoy good music while relishing the warmth of the fire-pit centerpiece.

Work It Out at the Artesia Family Fitness Center

After eating your fill of flavorful New Mexican food, you might want to burn it all off at the Artesia Family Fitness Center.

This health club is a welcoming place, making it a suitable fitness club for the whole family.

Bring your family there and join various activities.

You can do yoga, kickboxing, or swimming.

Likewise, you can also lift weights or relax inside the sauna.

The center also has personal trainers who can help you achieve your fitness goals.

If you’re looking to get lost for a weekend in a small town, go to Artesia and grab everything it has to offer.

Get away from the grind and hassle of city living and immerse yourself in the history and culture of this charming city in New Mexico. 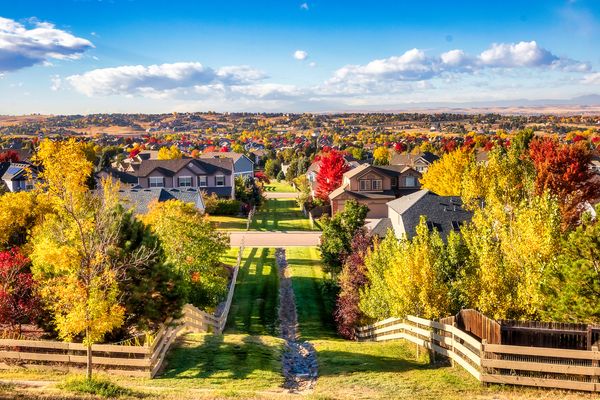 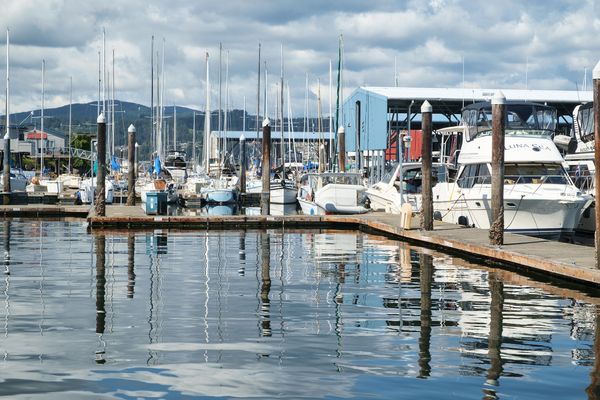