See also: Best Things to Do in Tampa

Tampa, the major business centre on the West coast of Florida is known for so much more than thunderstorms! The bayside city has been a centre for business dating back to the days of Cuban cigar factories. And that past has shaped many of the city's current cultural landscape, especially the city's gastronomy and entertainment venues. At the heart of it all is the historic neighborhood of Ybor City, home to the initial factory settlements; but even that is just scratching the surface.

A bustling ultramodern Downtown and the adjacent Channel District are home to several shopping avenues, great restaurants, a serene riverside walking trail and city museums - making it another go-to choice for travellers heading into the city. With options galore, choosing the right place to base yourself at during your stay becomes a huge task. And that's where we step in. Here, we have listed some of the best neighbourhoods of Tampa and what they might have in store for you traveller!

The central business district of Tampa is home to some of the bighes cultural institutions of the city and the go-to option for many first time visitors. While in Downtown, you would want to start your sightseeing tour from the Tampa Art Museum - showcasing exquisite ancient and contemporary exhibits, before moving on to the likes of The Florida Museum of Photographic Arts and Glazer's Centre. Most landmarks are centred around the Curtis Hixon Park, a vast green space that doubles as a popular concert venue.

Such majestic performance halls as the Straz Center and the 1926-built Tampa Theatre host opera performances and theatre (as well as film screenings), furthering the neighborhood's cultural capital. Downtown is also known for the Tampa Riverwalk, a beautiful pedestrian trail running along the Hillsborough river. Take a walk to enjoy the city's quaint waterfront; several restaurants and bars have also come up in the vicinity, especially around the mixed use space located at the northwestern end of Riverwalk.

The neighborhood is one of the top choices for people looking to stay in the mix of things, as it is the most easily accessible part of Tampa by virtue of being the central business district. Hotels are in plenty and you should be able to find a great stay at an affordable price here!

Adjacent to Downtown on the east is the popular entertainment district of Channel District. The neighborhood shares its name with the Channelside Bay Plaza, a popular riverside mall with several shopping options, eateries and outdoor cafes. You can spend a few hours browsing through the retail stores, before heading over to a take out coffee shop or gelateria that you can enjoy while taking in the relaxing views of the Garrison Channel.

At a stone's throw from Channelside mall are the other big entertainment venues of the neighborhood: the Amalie Area - venues for the Tampa Bay Lightning NHL games and the Florida Aquarium - which also offers dolphin cruises. And that's just scratching the surface of Channel District's vast variety of options. The innovative Tampa Bay History Center is a great place to get to know the city, or take a tour of the restored WWII warship that houses the American Victory Ship & Museum.

Channel District is one of the best places to stay if you're looking to go on a cruise as the Tampa Port is situated in the neighborhood. You can check schedules with the service providers on site. Hotels should be easy to find, while Downtown is also only a five minute ride away.

The central draw of the city, for many, has been the historic neighborhood of Ybor District. Founded by cigar manufacturers from Cuba, Spain and Italy, this part of Tampa underwent rapid gentrification and influx of independent artists and during the 1980s and today has become one of the most frequented areas in all of Tampa. Designer clothing stores and vintage shops dot 7th Avenue, the central thoroughfare that should be on top of your to-do lists.

The neighborhood has also done exceptionally well to preserve its rich past as a major manufacturing avenue. The El Pasaje, Cherokee Club is one of the oldest and most striking buildings here, while the Ybor City State Museum houses all the history that you would want to know about, including restored homes and model Mediterranean gardens. The nearby is one of the oldest buildings of Ybor City and showcases the Italian roots.

But nothing can quite match up to the gourmet experience of the neighborhood; deeply rooted in the past, you'll come across endless Cuban and Latin American restaurants all of which serve up the beat local delights! The Centro Mall offers a more modern and wide ranging dining experience, while the southwestern Historic Ybor springs up a lively vibe with its many bars and nightclubs

Walking is the best way to commute within Ybor City, as you get to move around the historic quarters. That said, the streetcars do warrant a mention and should be used - even if it's just for the experience.

The large central neighborhood of Tampa Heights is one of the oldest parts of the city. And a direct result, has a lot of character to show for. The cityscape is characterised by the presence of a lot of industrial apartment complexes and brick warehouses, many of which have been converted into indie art galleries showcasing local talent. The neighborhood's green spaces offer quick getaways from the largely urban setting; the Water Works Park, with its public pools and picnic spaces remains a popular choice.

Tampa Heights, much like its predecessor, is another great neighborhood to discover the city's gastronomy is Tampa Heights. Housed in a repurposed warehouse is the main draw of Armature Works, mixed-use space best known for its food court. Unlike Ybor City's flair for local cuisine, this venue has a more well rounded appeal. Starting from continental delights to asian bowls to some great steak lunches, Armature Works has more than you can handle during one single visit!

The neighborhood is located just north of the Downtown district, making access fairly straightforward. Tampa Heights has a few good motel options, but you might want to explore the rental apartments and local BnBs as well.

The southwestern neighborhood of Hyde Park is the go-to place for Tampa's younger crowds. It is home to the University of Tampa, which has its own unique cityscape of sorts. A tour of the campus venue will have you marvel at the iconic minarets of the main building and also appreciate the lush setting. The Hyde Park Village Centre on the nearby West Swann Avenue is a shopaholic's dream, with its several upscale retail stores and indie boutiques. A movie theatre and dining options only add to the  casual entertainment appeal.

The city's Gen Z population crowds the South Howard Avenue, better known as Tampa's own SoHo. Home-grown institutions such as the Bern Steak House (known for its dry-age steak) are located on this street, which also has several other quirky restaurants and endless takeaway joints. This is also the best place in Tampa for night owls as several bars and nightclubs dot the area. Most of them stay open till late in night, lending the neighborhood a lively vibe.

The neighborhood is easily accessible from all parts of the city; it's about a 10 minute ride from Downtown and a 15 minute ride from the airport. There are several homestays and apartment complexes available for rent, but you can also explore regular hotel options.

The northern neighborhood of Old Seminole Heights is the preferred choice for families, as well as travellers looking for a nice outdoorsy vacation without having to travel too far out of the city bounds. Bound largely by the meandering Hillsborough river, this neighborhood has the best green spaces and outdoor gardens in all of Tampa. But before we get to that, here's a special shout-out for the restaurants at the North Florida Avenue - that serve local farm fresh salads and some classic American takeaway delights.

And now, talking of the neighborhood's green spaces. There's no better place to start your tour than the expansive Lowry Park. Tucked away into the northwestern corner of Tampa Heights, this park has a few great walking trails lined with mammoth oak trees that are an absolute sight to behold during fall. There's plenty of open spaces for get-togethers and picnics, while the riverside setting is also popular for quaint afternoon strolls. The Tampa Zoo and Rowlett Park are also frequented by travellers and locals alike.

If you're looking for a quieter place to stay in Tampa, while still wanting to be in close proximity to all major landmarks, then Old Seminole Heights is the place for you. You can easily make your way into Downtown and other districts of the city using any and all means of public transport here.

And lastly, we bring to you the neighborhood closest to the main transportation hub of Tampa Airport. South Tampa, a large mostly residential neighborhood is known for its great shopping districts and entertainment venues - expanding its appeal to include more than just in-transit travellers. The South MacDill Avenue is home to a never ending list of opportunities - retail stores, sushi bars, steakhouses and even a golf course and country club to go with it all.

The unique location also offers a swell of opportunities. The Bayshore Boulevard has  waterfront cycling tracks and broad-walks with outdoor benches, as well as fountain laden parks. And the pier at the Ballast Point Park is the just the right place to cap off your vacation; visit in time for the subset viewings and you'll be rewarded with sweeping views of Tampa's skyline under the warm light. In short, even though South Tampa is not the most mainstream choice for travellers coming to Tampa, you are still unlikely to run out of things to do!

And that's our complete list from Tampa. Take a look and have a great time planning your next vacation to North America's Lightning capital! 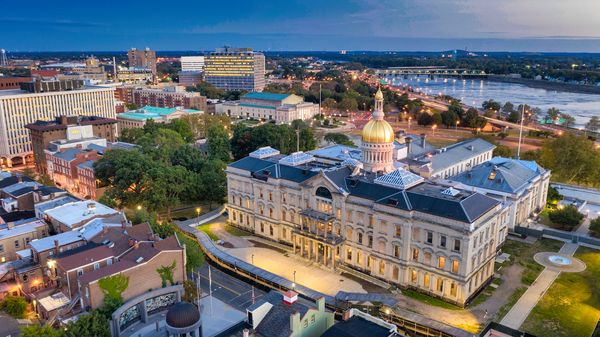 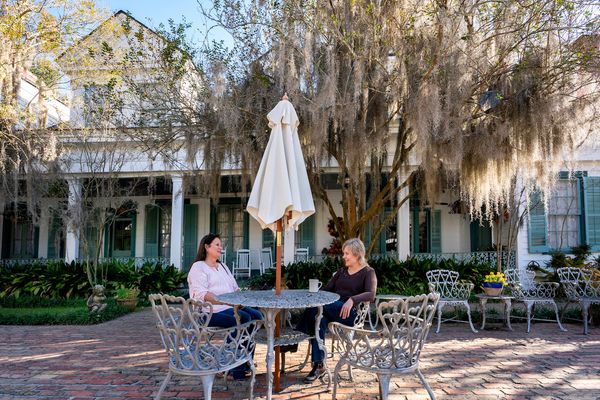 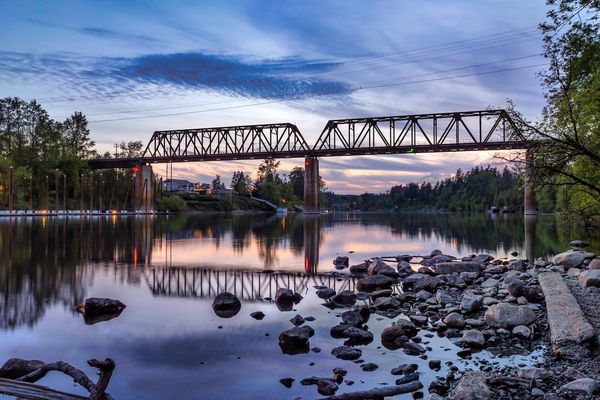