The gateway to the vast mountainous landscape of Taiwan, the city of Taichung has been on the top of the must-visit list of avid travelers for long.

Sitting at the foothills of a vast mountainous landscape, a trip to the city serves as the perfect getaway! But the lush scenery in the countryside is only one of the many things that make Taichung a great vacation prospect.

During your time away from the several serene walking trails and mountain tops, you can choose to indulge in the burgeoning gastronomy of the population night markets, roam about the historic quarters, or explore the artsy side of Taichung.

Taichung is an expansive city but an efficient public transport - anchored by the transit line of Taichung Metro - ensures that you're always in the mix of things.

Even so, every neighborhood brings with it a unique vibe so picking the right place becomes a significant choice. And that's where we step in. Here, we have listed some of the best neighborhoods of Taichung and what they might have in store for you traveler!

The oldest part of the city and erstwhile administrative and cultural centre of Taichung, Central District is a major draw for many travelers flying into the city.

The neighborhood came into existence as a small hillside settlement, but grew manifold under the Qing dynasty and Japanese colonial rule.

Today, it stands tall as a historically significant quarter and a great avenue for someone to delve into the city's past.

Narrow old-world streets and industry cityscape offers a largely unappealing outlook, but you look a little closer and you'll be amazed by all the hidden gems that Central District has to offer.

Start your neighborhood tours from the Old Central District Station, a mixed-use space - hosting live events and markets - housed in a majestic brick building built under the Japanese rule.

Also popular with the travelers are the Taichung Literature Museum, the 1927-built circular Central Bookstore and the Prefectural Hall.

You can choose to head over to the busy Taiwan Boulevard or go for walks around the quaint Liuchuan Riverside Walk at the end of your long days; both areas come alive after sundown as crowds pour for the restro-bars and the warm riverside lighting in the offing at the respective venues.

Central District is located right in the heart of Taichung, so it is a great place for travelers looking to avoid long commutes.

The TRA Taichung Station is the major transportation hub, and most of the neighborhood's main hotel and accommodation options are concentrated around it.

The Central District's labyrinth of narrow streets and limited space didn't make for an ideal base for modernization so authorities took up redevelopment projects outside of the traditional city bounds.

The western district of Xitun was one to go under a massive facelift and is now the unofficial Downtown part of the city.

The cityscape is what one would expect from a bustling city centre - characterised by skyscrapers and broader avenues - as are the entertainment options: massive shopping malls, a major sports centre at Taichung Football Field and an avant garde-looking National Theatre.

And like most city centres, Xitun is also home to a central green space. In this case, the distinction of being the go-to choice for afternoon walks goes to the Taichung Metropolitan Park, 217-acre urban park with a performance stage, picnic lawns, walking trails, a few impressive open-air exhibits and it's own botanical gardens.

And even in the midst of all that, Xitun has managed to hold on to some of the quintessential Taichung elements.

The Fengjia Night market is not only the largest in Taiwan, but also one of the best organised. The modern conception allowed for ample walking space, neon-lit billboards and multifold cuisine options, all of which contribute to the market's wide appeal.

As the major business centre of the city, Xitun District is one of Taichung’s prime locations. Access is easy as all public transport systems including a bus route running along the Taiwan Boulevard and the metro, with three stations on the Green Line. Hotel options are also in plenty and among some of the finest that the city has to offer.

Lying right above the Central District, the North District is an expansive neighborhood popular with a large part of Taichung's Gen Z crowds. It is home to major university campuses, cram schools and other similar institutions and has been developed to cater to the appeals of the younger population.

North District has some of the city's most prominent shopping streets and night markets. Chief amongst them is the Yizhong Street Night Market, popular for vendors selling all merchandise ranging from clothes to fashion accessories to local crafts.

Food stalls serving some of the most popular dishes - dumplings, cutlets and bubble tea - should definitely be to the top of your to-do lists!

The Taichung Park anchors the southern part of the neighborhood and offers a quick change of scenery in the midst of a largely urban landscape.

The green space is also home to the iconic Taichung Pavilion, which sits atop a small lake and is an absolute sight to behold on the evenings.

Taichung Park also hosts some of the city's most popular festivals including the Lantern Festival. So make sure you check out the calendar to stay in the know during your trip.

The neighborhood is fairly close to both Central and Xitun Districts, making access fairly straightforward.

Hotels should be easy to find and among the more reasonably priced; you should have no trouble finding a great stay without having to spend a lot of time.

Onto the city's famed countryside then! Located a little west of the central neighborhoods is right at the foothills of the Dakeng region is Beitun District, the ideal pick for travellers looking forward to spending their time around the vast outdoors and mountainous landscape of Taichung.

Dakeng is where you will find most of the neighborhood's major hiking and walking trails. The trails here are marked from one to seven and all offer a varied range of difficulty.

Trail no. 10 remains the most popular for its scenic views and ornate pavilions; all others, however, also offer an opportunity to go explore the mountain forests and the sweeping views of the city from atop!

Besides, Beitun is also home to several shrines and places of worship. Among some of the most significant are the Songzhu Temple, built as a worship place for shuǐliú guānyīn or a bodhisattva; the Beitun Wenchang Temple, which doubles as a university campus; and the Confucius Temple, dedicated to the school of thought of Confucianism.

Keep heading westward deeper into the forested landscape and you'll soon find yourself surrounded by lush floral gardens and palatial complexes. That’s when you know that you have arrived in Xinshe District; while here, spend time around the lawns of the namesake palace and enjoy serene views of the adjacent lake!

Beitun is serviceable at the namesake metro station, along with a couple of other major stations at Jiushe and Songzhu.

The neighborhood's unique location - only slightly west of the downtown location and right at the foothills of the region’s mountain ranges - makes it a great place to stay in the mix of things.

Next up on the list is the northern Fengyuan District, the one neighborhood that best brings together the two elements - the bustling city life and rustic outdoors - that make Taichung great.

Located outside of the inner city bounds, Fengyuan was an outdoorsy getaway for long. The district's location on the Western Trunk line, however, made it an ideal place for developmental projects and significant urbanisation.

Today, it is home to some of the most popular restaurants and eateries. Streets surrounding the Fengyuan station are big brand names including McDonald's and Starbucks as well as home-grown eateries serving local fare.

Fengyuan also managed to hold on to its rustic side and has some of the most scenic trails to offer. You can choose to get a rental bike and explore any and/or all of them; the 4.5km-long HouFeng Bikeway that runs along an old railway line and the meandering Dajia River, for one, is one that you might missing out on!

The neighborhood also offers easy access to the other outer city neighborhoods including Shigang and Dongshi Districts. Both are accessible by bike and offer their own set of unique opportunities including visiting the Shigang Dam, the Dungshih Hakka Cultural Park, a cultural park dedicated to the namesake people housed in an old railway station, vast gold courses and quaint orchards.

Fengyuan is the northernmost of all the districts on the list, so it might come across as a little farther out than the other mentions.

But given the unique location and plenty of quaint accommodation options to choose from, you might want to make that extra drive after all. The neighborhood is serviceable through

And for the last neighborhood on the list, we bring to you the artsy Dali District. Located in the southern end of inner Taichung, Dali is a village-turned-urban district that will give you a whole different outlook on the city.

With relatively fewer skyscrapers and modern-looking construction, the neighborhood has managed to keep alive its village-like charm.

Rivulets that meander through Dali only add to the idyllic suburban setting, while also offering unfettered access to the waterfront. Coffee or lunch at one of the riverside cafes is likely to energise you in the midst of a long day of sightseeing!

Talking of which, Dali has a lot of landmark attractions to offer - some that are especially exciting for the artistically inclined.

Massive open-air exhibits, galleries showcasing local talent and a visual arts museum all make up the Dali Art Plaza, a top draw in this part of the town.

You can also take in the old-world charm of the Dali Old Street, take a tour of the Museum of Taichung Textiles Museum or take a leisurely walk around the masterfully decorated Wufeng Lin Family Garden. In short, you're unlikely to run out of things to do!

You can get a van from downtown to drive you to Dali, which can be reached by taking the NH3 and Provincial Highways 3, 63 and 74.

Hotels and homestays in and around Dali District are some of the most reasonably priced that you are likely to come across in the city, another positive to look forward to, especially for backpackers.

And that's our complete list from Taichung. Take a look and have a great time planning your next vacation; a Taiwanese haven awaits! 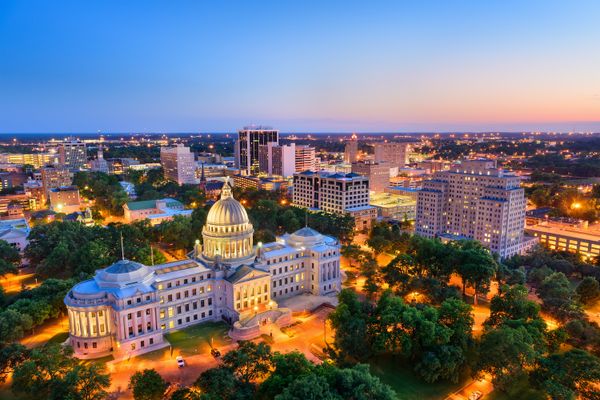 Sean Pavone / shutterstock.com Jackson in Mississippi is one of the most famous tourist hotspots in the entire country and has been recognized as such through numerous awards. The city is full of lush green expanses and several remarkable historical sites that make it a cherished holiday destination. Jackson bustles 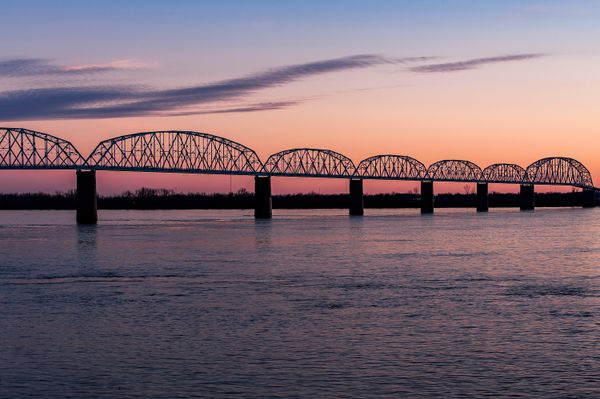 The American Wanderer / shutterstock.com Perched in the beautiful Bluegrass State of Kentucky, Paducah is a gorgeous river city with noteworthy history, magnificent landmarks, and eclectic culture. It is located at the confluence of the Tennessee and Ohio Rivers. Paducah is recognized as UNESCO’s Creative City because of the 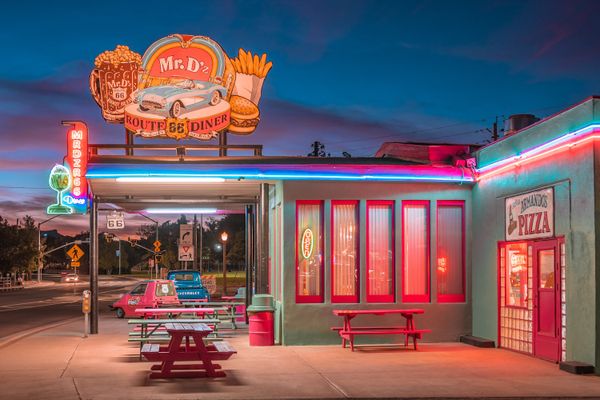 Route 66 enjoys a unique status among its fans. If you are an avid Route 66 enthusiast, you should head out to Kingman in Arizona for your next getaway. This place is filled with multiple attractions related to the iconic Route 66 and the culture surrounding it. Additionally, you can