See also: Things to Do in Stockholm

A rich blend of modern lifestyle and old-world charm, an enormous historic heritage, a unique cityscape and a stunning waterfront are all the things that contribute to Stockholm's reputation as one of the most sought after holiday destinations in all of Scandinavia. And today, an increasing number of travellers from across the globe are taking the city up on the vacation offer. Touristy crowds come looking for a getaway weekend, while the more avid travellers arrive in the search for a more personal Scandinavian experience; and the city delivers on all fronts!

The city is easily one of the most well planned on the planet and even with the geographical limitations, travel and commuting has been made hassle free for all. An efficient public transport system has only widened city bounds, and, in turn, the number of options to choose from in terms of your accommodation. But we're here to help you narrow down your choices. Here, we have listed some of the best neighbourhoods of Stockholm and what they might have in store for you traveller!

The central island of Gamla Stan is home to one of Europe's oldest and best preserved medieval  towns. Known synonymously as Gamla Stan or 'Old Town', this is the place for people looking to experience the history and heritage of Stockholm. Start your sightseeing tour from the restored Swedish Royal Palace and Storkyrkan Cathedral, which are striking examples of Rococo and Baroque architectures respectively. You can then move on to marvelling at the Parliament Building, the Vaxholm Coastal Fortress and Nobel Museum, the other major landmarks based out of Gamla Stan.

But that's not to say that the Old Town has nothing to offer beyond that. The neighborhood remains a central tourist hub and has a vintage charm that is rare to find. One of the most photographed places in Stockholm, the Stortorget Square lies in the heart of the island. The cobblestone streets that meander through the old town all open into this plaza, which has a beautiful ornate fountain in the middle. Take in the view of the heritage housing while you wander about the historic quarters; keep an eye out for the cafes and bistros that run out of these very buildings as they are skiing the city's best. Restaurants in the outer streets are grander and known to serve some great Nordic delicacies as well!

As the main draw for travellers, Gamla Stan is very easily accessible from all other parts of the city. It is also a very walkable neighborhood; guided walking tours are available but you can always head out on your own and explore. The one service that you might want to avail is the unique opportunity rooftop tour, which will take you from one building top to the other in a fun outdoor activity.

The busy central business district of Norrmalm is the place for travellers looking for a wholesome vacation experience. This is the place where Stockholm's contemporary and antique facades really come together. Norrmalm is as much a home to such cultural institutions and art centers as the Stockholm Opera as it is to the city's modern fashion and gourmet industries. The tour of the Opera is a good place to start as not only do you get to watch the performance, but also go backstage as a part of guided tours. At a stone's throw are the National Museum and the Moderna Museet that house astonishing and varied art exhibits.

The Drottninggatan street is an immaculate shopping centre; the broad avenue is lined with the finest designer stores, clothing chains and shopping malls including the Åhléns City, housing all top Swedish brands. The street's appeal transcends shopaholic interests as it also has a range of top restaurants and eateries to choose from. The city centre also offers a few great green spaces that offer a quick change of scenery; you can always grab an ice cream or take out lunch from around Drottninggatan and drop by for a quick picnic. At the southern end of the street, you will find the iconic Sergels Torg, a sunken plaza which is sight to behold in the evening.

Two major transit lines of the Stockholm Underground run through the neighborhood, which is fairly easy to maneuver through. Norrmalm is also the venue of Stockholm Central Station, making it a top choice for travellers looking beyond just city bounds. Hotels are in plenty and relatively cheaper than in some other upscale neighborhoods of the city.

And for all the talk about busy city centres and historic quarters, Stockholm is still a city built around the outdoorsy lifestyle of Swedish people. And the western neighborhood of Kungsholmen best reflects that side of the capital. Cut off from Drottninggatan by the Klara Sjö, Kungsholmen is the laid-back central Stockholm island, with plenty of outdoor activities to look forward to. For starters, the neighborhood has one of the city's few beaches! Tucked away into a corner near the West Bridge, Smedsuddsbadet is a small sandy strip that is perfect for both swimming or a long day sunbathing and lazing around.

The expansive green space of Rålambshovsparken is the go-to spot for family picnics and steak lunches. It is fairly close to Kungsholmen's lively waterfront district, where you'll be spending a lot of your time. The Norr Mälarstrand promenade that makes up for most of the island's southern waterfront becomes the hub for the city's gastronomy during the summer. Several parked boats transform into restro-bars that offer live entertainment and open mics in addition to the delicious western meals. The street itself is lined with stunning pastel-coloured housing and a slew of home-grown eateries that serve locals delights!

Kungsholmen is a great place to choose if you're looking for a romantic getaway or simply a quieter stay, without having to travel too far out from the city centre. All central parts are a short subway ride away so you never have to worry about missing out. Hotels are pleasant and not the most exorbitantly priced. And lest you forget, the famed Stockholm City Hall, which serves as the venue for the Nobel prize distribution ceremony so make sure you pay a visit.

The neighborhood of Vasastan, which lies just north of the city centre shares the laid back vibe with its predecessor. Only that this compact area has a chic outlook that sets it apart from most other parts of the city. The streets of this largely residential district are not as busy as those around Drottninggatan and Norr Mälarstrand; they are lined with petite cafes, cozy diners, patisseries and vintage souvenir shops.  The chic vibe of Vasastan is best showcased by such home grown businesses as Arkivet secondhand and A Bit of an Old Touch, two of the neighborhood's most treasured stores, both specialising in retro and vintage fashion.

Vasastan is also one of the newer parts of Stockholm and has undergone significant redevelopment. The resulting enclaves, that came about after rigorous planning, have developed their own unique appeal. The former industrial district of Atlas now boasts of a heritage walk, which will have you tour the quarters dominated by Nordic Romantic architecture. Monumental portico-supported staircases connect Atlas to the adjacent neighborhoods that lay on higher levels. The narrow lanes are dotted with a good mix of Parisian terraced cafes, taco houses and Asian restaurants, lending it an eclectic appeal. Central attractions include the neighborhood's sprawling green spaces and the Baroque-styled Gustav Vasa Church.

Vasastan marks the northern boundary of the city, but is still fairly close to the city centre sitting atop central Norrmalm. The Odenplan metro station situated at the synonymous plaza is the central transport hub that connects the neighborhood to the rest of Stockholm. Hotels here are moderately priced and concentrated in the central parts.

The eastern neighborhood of Östermalm is where Stockholm's gastronomy shines the brightest. The Stureplan Square and the area surrounding the Nybrokajen bay area are crowded with a wide array of restaurants and dining options. Be it fancy waterfront cafes or casual trattorias or fine dining restaurants, the locality has it all. In fact, the small vicinity itself packs more number of must-visit joints than what you can probably handle during a single trip. There's also a few other great venues to enjoy a varied range of cuisine in the same space including the Östermalm market hall, a restored 19th century red brick hall housing restaurants known to serve such local highlights as smoked shrimp, knäckebröd and crayfish.

Östermalm is also home to university campuses, making it the hotspot for the city's Gen Z population. The neighborhood's many bars and nightclubs are great spots to socialise with the younger crowds. The nightlife plays its part in complementing the overall wine and dine vibe that has come to be associated with the neighborhood in recent times. To add to all of that, the cityscape here is simply mesmerising. Start from the Swedish History Museum and find a leafy avenue for your afternoon stroll; you'll be impressed by Östermalm's majestic medieval architecture, interesting galleries and the many many museum complexes.

Östermalm is a vast neighborhood, but major attractions and hotels are all centered in the southern part, which is fairly close to the central parts of Stockholm. As an aside, the island of Djurgården, just south of Östermalm makes for a great one day trip. You can take a ferry to the island's eponymous national park and pay a visit to Skansen, one the world's first open air museum among other landmarks.

Making up the western end of the Södermalm island, Hornstull has been the haven for the city's artists and entrepreneurs for long now. Bio Rio, a waterfront cinema is an institution in its own right and has harboured independent talent since the early 1940s. What began as a small parallel movement appreciation cinema soon caught the fancy of the artistically inclined. The Folkoperan opera house came up in 1976, and today hosts independent opera singers and performers widening the scope of performing arts beyond the Royal Swedish Opera. Other sub-cultures and alternative business enterprises have followed suit ever since.

Today Hornstull is home to quirky restaurant cafes (including mixed-use spaces and even a repurposed 17th century house), artisanal bakeries and clubs hosting local comics and live music. And that's all packed into a rather compact space only heightening Hornstull's already infectious vibe. Newer additions to the list of entertainment options include busy street festivals and flea markets. Businesses and home chefs based out of Hornstull come out in large numbers to promote their clothing lines, handmade crafts and serve take out lunches. The nearby Tantolunden park has vast lawns, walking trails and a small sandy beach as well!

The red line of the Stockholm Underground runs through Hornstull, connecting it to the central parts of the city. The synonymous Hornsgatan also connects the neighborhood to the rest of Södermalm and gives easy access to Gamla Stan. The northern waterfront is home to some of the best accommodations of the island.

That, then, is our complete list from Stockholm. Take your pick and start planning your next getaway; the Nordic paradise awaits traveller! 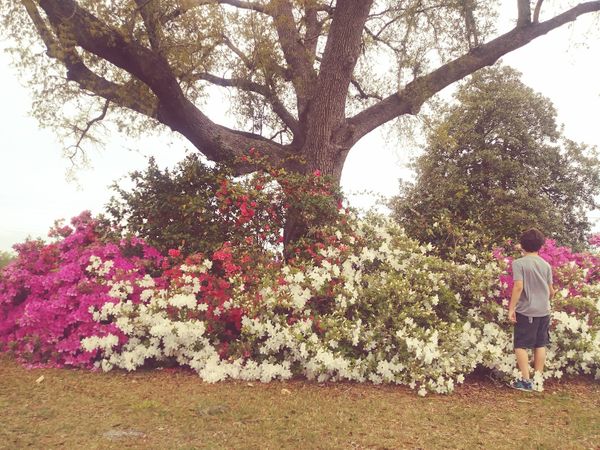 Florence is a modern-day belle of a city that hums history, character, and southern charm. It belongs to the state of Carolina, United States. Endearing at its best, this small 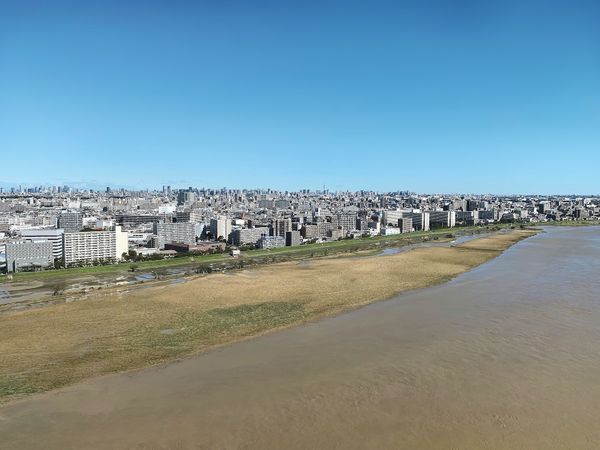 Flanked between Tokyo and Yokohama, the coastal city of Kawasaki extends along the Tamagawa River. As a major industrial city and moderately young in its stature, what Kawasaki lacks in