The development of Shenzhen, a yesteryear fishing town located on top of the Pearl River estuary as one of China's Special Economic Zones, has been quite incredible. The city today, is home to some of the most lucrative business districts all over the globe. Characterised by a vibrant cityscape with tall skyscrapers, sprawling shopping centres, and lush green spaces, the city has become a major hub for travellers looking for a high on adrenaline vacation where you will never run out of things to do. Add a few challenging hikes in and around the city's many hillocks and a lazy beach day to the mix, and you have yourself an irresistible holiday destination.

Shenzhen's development in the 1990s and 2000s also saw rapid expansion of the city bounds with parallel growth of the public transit system that kept shuttling between locations hassle free. Today, finding your ideal neighbourhood for lodging during a vacation can be a real task with the list being endless. But leave that job to us. Here, we have listed some of the best neighbourhoods in Shenzhen and what they might have in store for you!

The Futian district of Shenzhen is home to the city's central business district or the 'downtown' part of the town as one would define it. The neighborhood's sprawling skyline, which is characterized by some of the city's tallest skyscrapers and high-rise buildings tells the story of the city's growth from a modest fishing town to a 21st century business centre. Visit the 1965 feet tall Ping An Financial Centre's observation deck, Free Sky for sweeping views of the city. Vast shopping districts are also a major draw of the central business district of Futian. Malls including the local favourite Central Walk and the more chic and high-end Coco Park are amongst the best in the city. While in Futian, do not miss out on taking a round of the world's largest electronic market at Huaqiangbei.

The Shenzhen Central Park is the best venue to get away from the glitzy part of the town. You can enjoy a nice picnic with your family near one of the park's many rivulets and ponds, or take to the picturesque walking trails or cycling tracks. There are plenty more green spaces in the neighbourhood including the Mangrove Seashore Ecology Park, if that's your calling. The neighbourhood, despite the vast development and urbanisation has many charming streets lined with Chinese restaurants and hip cafes that will keep you interested all day long. Live music venues and bars are also in plenty and among some of the best in all of Shenzhen.

As the city's central business district, Futian is serviceable through all major transportation options, including almost all lines of the Shenzhen Metro. Luxury hotels dominate, but finding a more affordable option should not be too much trouble either. As a side note, Hong Kong is just a high-speed rail ride away from the Futian Railway station.

A little eastward of Futian is the old city centre that makes up the present-day Luohu district. The neighborhood, while witnessing rapid development and urbanisation has maintained its yesteryear charm and distinctly Chinese vibe. The streets of Luohu are crowded with an endless number of local eateries and noodle shops, serving the best Chinese cuisine. The Dongmen area, in particular, is one of the best places to savour a great meal, be it at one of the many street stalls or home-grown restaurants or even the city's first Mcdonald's! Shopping is another major activity not just in Dongmen, but all of Luohu. In fact, the Luohu Commercial City mall is one of the biggest in the city and known for selling cheap counterfeit products. Guomao and the Mixc areas with Luohu also attract shopaholics to their vast shopping districts and stores housing top international brands.

And then there's the more tranquil side of Luhou. The themed green spaces, the pagodas, and the peach orchards of Shenzhen Fairy Lake Botanical Gardens are the perfect setting for a lovely day out with your family. The picturesque setting of the park, right on top of the Shenzhen Reservoir is sure to rejuvenate you in the midst of a long vacation. The adjacent Wutong Mountain, which is also the highest peak in the city offers hiking options and beautiful walking trails that are bound to bring out the explorer within you. The views from the top of the mountain, both of the cityscape and the reservoir waterfront, are nothing short of breathtaking. The reservoir itself remains open for public access throughout most working hours of the day.

Luohu is serviceable through as many as six lines of the Shenzhen Metro, with an eponymous station on Line 1. Hotels are in plenty and even the best ones are relatively cheaper than in other parts of the city, making it a great place to stay on a budget without having to compromise on luxury.

The southwestern district of Nanshan has developed into the IT and tourism hub of the city. With many of the city's best known landmarks and attractions at a stone's throw from the neighborhood, it is a popular location for travellers looking for sightseeing. Beginning with the best of them all, the Nanshan Mountains. Go test yourself with one of the tougher hikes in the city at the Dananshan peak; at a height of over 1100 feet the view from top stretches all the way to the Shenzhen bay and even Hong Kong in the south! Overseas Chinese Town, home to the many theme parks of Nanshan. The Window of the World park has replicas of the world's most iconic landmarks including the Eiffel tower, the Taj Mahal, the Leaning tower of Pisa, the Winter Palace and others.

And then there's the historical and cultural heritage of the neighborhood. The Xin'an Ancient city has surviving relics from the times of the Ming dynasty and houses the age-old city walls and majestic gates. China's many historic and cultural sites have also been rebuilt in miniature form (much like in the case of Window of the World) at the Splendid China theme park. Also, the nearby China Folk Cultural Village is a vast area lined with magnificent miniature village settings, depicting the rich cultural heritage of various native communities and ethnic groups.

Take a break from all the sightseeing at the Sea World plaza or the Contemporary Art Terminal. While the former venue is home to some of the best European restaurants and beer parlours, the latter is home to many open air contemporary art exhibits and artsy cafes. The area is also home to some of the best hotels and homestays in the city and shuttling between locations is easy with the extensive metro network.

The eastward waterfront district of Yantian is all things beaches! The stunning Xiaomeisha Beach, which is surrounded by lush mountains on three sides, is the perfect venue for a laid back vacation. You can go kayaking or enjoy a motorboat or jet ski ride into the sea or simply have a nice day on the sandy beach, where you can even camp, only to wake up just in time for a breathtaking view of the sunrise. The more mainstream and centrally located Dameisha Beach has people thronging the sandy patches for sunbathing, open air barbecues, watesports, and quick games of beach volleyball. The beach is also lined with many trendy restaurants and eateries, and also has a broadwalk alongside the shore that is just perfect for an evening stroll.

The OCT East theme park, which further comprises two main parks: the Tea Valley and the Knight Valley is another big draw in Yantian. The Tea Valley is especially interesting as it offers unique experiences including cable cars rides in the lush surroundings of the Wutong Mountain, tea ceremonies, and picturesque miniature countryside settings including one of a Swiss village on top of the Sanzhoutian reservoir. And while you're still in Yantian, pay a visit to the historic Chung Ying street that forms the border of Mainland China and Hong Kong. A small neighborhood with a politically charged history will definitely give you a unique experience.

A dedicated metro line for the Yantian district is under construction, but as of now, multiple bus routes make the neighborhood easily accessible. Hotels and resources (especially around OCT Park) are in plenty and offer a nice range in terms of budget range.

At the literal centre of Shenzhen is the district of Longhua, long known as the industrial and transportation hub of the city. With the main Shenzhen North Railway station situated in the vicinity, Lonhua draws a large number of crowds with a good mix of locals and international travellers and is best for people looking to travel to various parts of the city during their stay. The district itself is home to the Guanlan Print Village showcasing the  culture of the native Hakka community, their housing and lifestyle with distinctly Shenzhen miniature setups. The Guanlan Print Museum and the annual print festival in May are the big draws, but even otherwise artists  and creators bring out their fine printmaking work for sale in the village stores.

The neighborhood's large green spaces are also a great escape from the city's more mainstream venues and bustling crowds. Visit the Guanlan Renmin Park for a great get together in the lush surroundings or next to a pond or under the majestic Chinese pavilions. Experience Chinese cuisine like nowhere else at the many home-grown eateries around Xiangyi and Qinghu roads, both stemming out of the either side of the 359 Provincial road. And like many other parts of the city, Longhua also has a few challenging hikes in the offing. The most enticing of all in this region has to be Mount Yangtai, which besides offering great climbs and nice walking trails, also has many picturesque settings that are in stark contrast with the neighborhood's urban setting.

Hotels and homestays in Longhua are also concentrated in the central region, which is serviceable through not only Line 4 of the Shenzhen Metro, but also the extensive road network of the city. The Shenzhen North Railway station, however, is located in the southern part of the neighborhood.

That's it from our side then! Here's to hoping that you find your ideal neighborhood for a comfortable stay in the jewel of southern China, traveller! 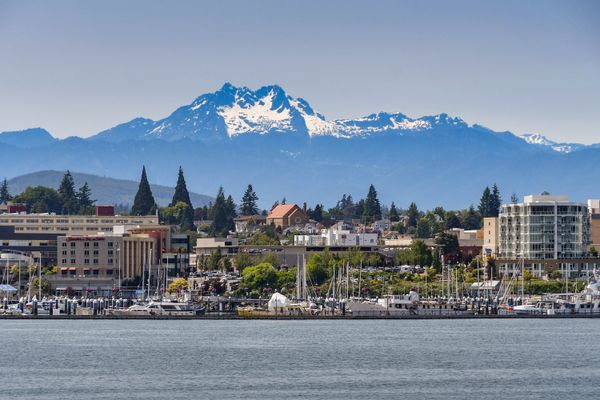 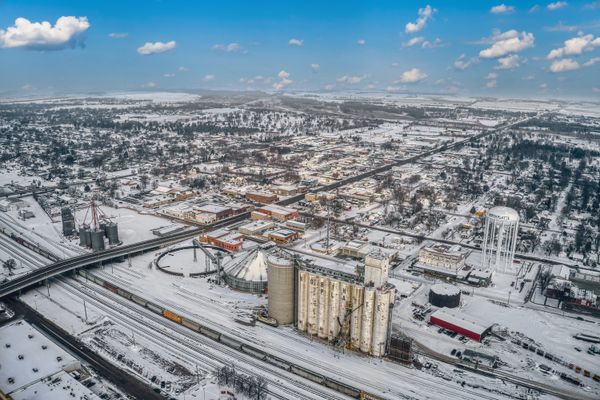 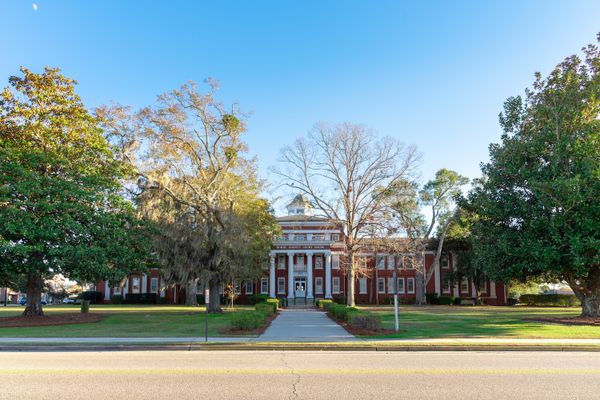