An annual Snow Festival, hot springs, ramen, and a perfect holiday destination (even for popular anime characters) are some of the things that come to mind quickly on the mention of Hokkaido, Japan. And what better place to experience all of the famed Hokkaido luxuries than the island's capital city of Sapporo? Situated on the banks of Toyohira river, the city was developed by a largely migrant population from within Japan and has since become the cultural centre of Hokkaido. And aside from the Meiji cultural sites, Ainu tribal promotion centers, Hokkaido Historical Village, Sapporo is also home to many modern entertainment districts that attract just as many travellers.  The biggest draw of all, however, are the city's ski villages and hot spring resorts that have caught the fancy of people across the globe.

Sapporo is richly gifted in terms of natural bounties, lush green covers and mountainous terrain, lakes and gorges, all of which make for sublime vacation settings. The vast variety of options make choosing an area for your stay a tough ask. The city's hassle free transportation network (anchored by the Sapporo Municipal Subway) has made every part of the city accessible, only widening your options in terms of neighborhoods to choose from. But don't worry, we are here to help!

Here we have listed the top neighborhoods in Sapporo and what they might have in store for you. Take your pick, traveller!

The central district of Sapporo, Chuo-ku is anchored by the main thoroughfare of Odoru park, one of the most notable venues of the city in the present day. Originally designated as the main street of the city, it was eventually developed as a large green space and now serves as one of the major venues for the famed Snow Festival. Flower gardens and landmarks like Sapporo TV Tower (with its observation deck) and Black Slide Mantra, Odori Park is a delight to visit even if you are in the city not in time for the winter festivities. Chuo-ku is also home to many other historic sites and tourist attractions including the Hokkaidō Shrine, the Sapporo Clock Tower, Mt. Okura Ski Jump Stadium and Winner Sports Museum, and the Asahiyama Nature Park, which offers breathtaking views of the city, especially during night time.

The southern hilly part of the Chuo-ku district is also home to the ski villages and is a big draw owing to its easy access through both road and subway. During summer time, the mountainous terrain becomes a paradise for cycling enthusiasts and hikers (owing to its many mountain and forest trails). And the resorts and cabins in the woods make for a wonderful stay on a weekend getaway far from the bustling streets of Sapporo. Speaking of which, two venues in Chuo-ku: Susukino and one of its popular street localities, the Ramen Alley, are definite spots that should make it to your must visit list. Susukino, in general, is not only the best shopping district in all of Sapporo, it is also a  great spot to enjoy Japanese cuisine (some of the best sushi and ramen at offer) and the lively nightlife scene of the city.

The neighborhood is serviceable through many major Sapporo Municipal Subway transit lines including the Namboku Line and the Tozai Line. Travel within Chuo-ku is easiest through the streetcar network, but some parts are best experienced on foot. Hotels and resorts are in plenty in this part of Sapporo.

The northern part of the city and the venue of the Hokkaido University, Kita-ku has become the centre for the younger crowd of Sapporo in recent years. The neighborhood has seen rapid increase in the number of innovative restaurants and artsy cafes. It is the best place to delve into the gourmet industry of the city. Picante, Mikuni, Soup Curry Hirohito, Cafe Cornerstone, Paul Sapporo Stellar Place, and Tokachi Butadon Ippin are amongst some must visit spots around the university campus that offer a good mix of Japanese and European cuisine; the list goes on with many more options in other parts of the neighborhood as well. The neighborhood also has a busy nightlife with many pubs and clubs in the vicinity that attract large crowds of university students and travellers in equal numbers.

Kita also has a more tranquil side, with cycling and walking tracks running parallel to the Shin river. Rent a bicycle or go on long walks in the picturesque setting during afternoon or around the sunset time to best enjoy the beauty of the river waterfront. Cycling is also a great option to travel within the neighborhood. You can explore the leafy streets and avenues of Kita, while also stopping at a few landmark venues including the Seikatei, a 19th century landmark serving as the resting place of a Meiji Emperor and the Natural History museum.

The Sapporo station near the Hokkaido University campus and the Sapporo Apia JR Tower also have been counted as the major shopping attractions for residents and travellers for long now. Hotels are also concentrated in the area, but finding a good homestay or bed and breakfast should be easy in any part of Kita. The neighborhood is serviceable through the Namboku Line of the Sapporo Municipal Subway at multiple stations including Asabu, Kita-Nijuyo-jo, and Kita-Juni-jo.

The centrally located ward of the city, Higashi-ku is also one of the most easily accessible parts of Sapporo (the Sapporo Okadama Airport also falls in the neighborhood), making it an ideal stay for travellers who want to stay well within the inner city bounds. The neighborhood is home to one of the most iconic landmarks of Sapporo, the city's eponymous Beer Museum housed in a 19th century Hokkaido Heritage red-brick building. Once a factory for the Sapporo Sugar Company, the establishment was transformed into a museum with guided tours and exhibitions in 1987 and is a must visit. It has also hosted tastings and outdoor activities in the beer garden that is also a part of the premises.

The neighborhood is also known for its many green spaces and parks, best known amongst which is the Moerenuma Park, designed by Japanese-American landscape architect Isamu Noguchi. The park is a vast lush space anchored by the 'pyramid' monument at the centre. The building houses and art gallery with exhibits from Noguchi's works, a cafe and a gift shop and has roof access for visitors looking for a view from the very top. The park is a lovely venue for an outing with its many cherry blossom trees and entertainment options including outdoor playground equipment, tennis courts, and baseball fields. Not far off from the park, one can also find the Sapporo Satoland theme park, which is also one of the venues for the Snow Festival. There are other modern entertainment options as well as establishments like the Ario Mall and you can end your day with a stroll next to the Ishikari and Toyohira rivers that bound the northern and eastern ends of Higashi-ku.

The neighborhood's central location makes it easily accessible through almost all means of public transportation. Although Higashi-ku is a largely residential district, hotels and homestays should be easy to find, especially in the southern part of the ward (close to the Sapporo Beer Museum).

Onto the largest and the least densely populated part of the city then! Minami-ku is the heavily forested and mountainous part of Sapporo, that accounts for more than half of the city in terms of total area. The major draw of the Minami-ku are the ski villages around Mount Moiwa and the hot springs of the Jozankei Onsen district, but more on that a little later. The more developed parts of the district will keep you interested with their casual eateries and diners offering an eclectic mix of western and Japanese cuisine. The picturesque Sapporo Art Park, with its modern art exhibits and the works of many Hokkaido-based artists and painters and the Makomanai Park, with the eponymous ice skating arena are also amongst the sites that are not to be missed at any cost. The Ainu Culture Promotion Center, which provides tours that offer you an insight into the lifestyle and history of the Ainu tribal population of the region is also a unique stop in Minami-ku.

The southern more forested part of the district includes the green cover mountain of Mt. Moiwa, which has become another one of those little paradises for skiing enthusiasts. The ski lifts and cable cars that take the traveller up to the top have become attractions of their own as they offer unparalleled views of the cityscape and Sapporo's green cover. To attract more and more travellers, an observatory and restaurant have been opened at the top of the mountain. The ski resort is on the Southern slope of Mt. Moiwa and has separate access. Keep heading southward (and south-westward) and you'll find yourself amidst many rivulets and lakes, mountains and hillocks, and of course, the famed hot springs of Hokkaido! The Tokai river has many picturesque bridges and gorges, many of which have been transformed into sightseeing locations by big resorts and hotels. A nature walk in the forested area along the riverside (with its stunning yellow and orange woods, cherry blossoms, and of course the occasional lake and gorge) is quite an experience in itself and to be able to end your long day of exploration in a hot spring is the Sapporo dream vacation come true!

The Namboku Line of the Sapporo Municipal Subway makes runs through Minami-ku, with major stops at Sumikawa and Makomanai. Hotels should not be difficult to find, but the best staying options in the area are the hot spring resorts in the southern and south-western parts as they let you take in the natural bounties of Sapporo.

Let's move on to the most tranquil part of the city, the eastern-most ward of Atsubetsu. The main attraction in the neighborhood is the popular Historical Village of Hokkaido, that takes you back to the yesteryear glory of the Meiji and Taisho periods of Hokkaido's history and is anchored by iconic Sapporo buildings including the old Railway station and the Hokkaido Museum. The site has been divided into four parts and you can maneuver your way through the village, which is home to stunning examples of architecture and cultural avenues. Not only does the village showcase the development done during the Meiji and Taisho periods, but also has segments promoting the culture of the indigenous tribal population near the Hokkaido Museum.

The nature trails and forest walks through the Nopporo Forest Park, which is just adjacent to the historical village site are another great way to spend your day in Atsubetsu. The laid back environment is a great escape from the crowds of the city's central locations and major thoroughfares. The neighborhood is also home to some great casual diners and eating options concentrated around the Shin-Sapporo station. The Sunpiazza Square is a great meeting point near the station and it's easy to manoeuvre your way through the entertainment options there including the Sapporo Science Centre and Planetarium, the Sunpiazza Aquarium, shopping mall and Theatre.

That's all from our side, traveller. Get packing for your next trip to the major Hokkaido hub! 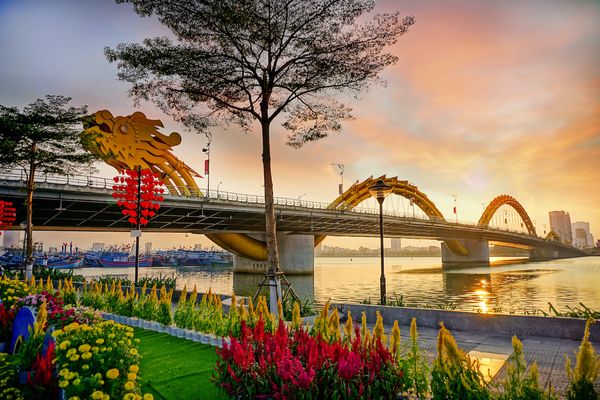 The Vietnamese city of Da Nang is increasingly becoming a popular travel destination in Southeast Asia for its beauty, culture and geographical location. With a river and seafront and the 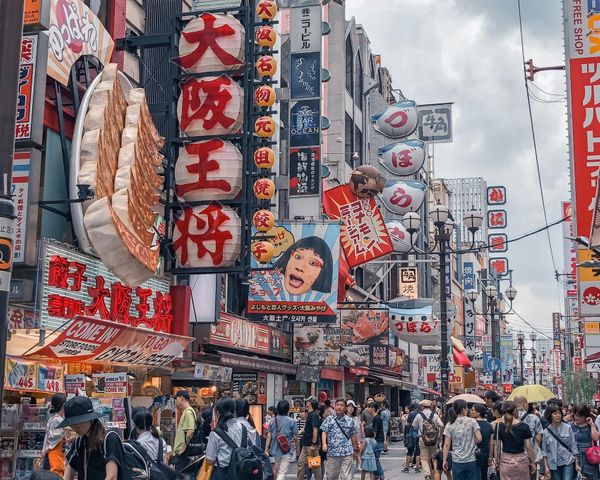 See Also: Best Things to Do in Osaka Japan's growth story is the stuff for legends, and for good reason. And there are few better places to experience the country's