See also: Things to do in New Orleans

A true melting point of cultures, cuisine and lifestyles, New Orleans has been a big draw for avid travelers. The appeal of the capital of Louisiana state has only grown over the years, with a broader audience beginning to appreciate not only its rich multicultural history, but also what the city managed to make of it! New Orleans has an immaculate cityscape dating back to to the colonial age, a famed gastronomy that offers unparalleled flair for Creole cuisine, cozy venues with a penchant for musical talent - jazz in particular as well as all the perks that come with being a modern port city hub!

The city is spread over a large area on the crescent of the gulf coast, and offers a slew of opportunities in terms of where to base yourself during the stay. It is then that choosing the right neighborhood becomes a mammoth task. And that's where we step in! Here, we have listed some of the best neighbourhoods of New Orleans and what they might have in store for you traveller!

The oldest of all New Orleans neighbourhoods, French Quarter or Vieux Carré is the true beating heart of the city. Its history can be traced back to the 18th century, concurrent with New Orleans' foundation. The Jackson Square, home to major historic landmarks - the St. Louis Cathedral and Presbytère and Cabildo museums is a great place to start your city tour from. Old-world mansions with iron balconies, stories honouring the neighborhood's jazz roots, street performers and musical acts might persuade you to stay back late!

The real draw here, however, is the ever-vibrant Bourbon Street. This historic entertainment district became known for its red light district during the early 1900s, but was later transformed into a more tourism oriented venue. The adult entertainment centres were shut down and several other restaurants, bars and jazz clubs came up in their place; the street was soon declared a pedestrian zone. The picturesque setting and an eclectic appeal of both historic and modern drinking holes led to an astronomical rise in popularity, and today, Bourbon Street is easily the most beloved city landmark!

Given the status, both historic and current, French Quarter is one of the most frequented parts of New Orleans. All public transport systems offer easy access to the neighborhood, while most top hotel and hospitality businesses have also set up their businesses in the vicinity. All these things make French Quarter the top choice for not only first time travellers, but a broader audience in general.

The vast western neighborhood of Garden District is the go-to choice for families visiting New Orleans. This otherwise residential area has grown in popularity over the years, with an ever increasing interest in its diverse and historic housing drawing in bigger crowds. While in the Garden District, you will never get tired of strolling around the streets - which are all lined with lush oak trees and majestic-looking mansions and townhouses. Most of these streets also double up as routes for possessions during the Mardi Gras festivities.

There's also plenty of green spaces and parks that offer a quick change of scenery from a largely urban setting. But that's not to say that you'll be missing out on New Orleans' famed gastronomy and other entertainment venues. Magazine Street, which connects the neighborhood to French Quarter, is lined with fine-dining restaurants, some very popular takeaway joints and also a handful of great coffee shops.

The neighborhood is a little farther out west and makes for a longer drive from the Louis Armstrong International Airport. That said, you can easily hail a taxi from any part of the city to drive you to your hotel or chosen accommodation - most of which are concentrated around the Lower Garden District area and Magazine Street.

On a somewhat similar note, the central neighborhood of Mid-City is the best place for travellers looking for an outdoorsy stay in New Orleans. Closest to the expansive City Park, the neighborhood offers you a chance to explore a rather unheralded side of the city. The City Park in itself offers a slew of opportunities ranging from walking trails, picture perfect picnic spots, a small lake with boating, sports fields and much more!

And if all those things haven't managed to get you on board, Mid-City might be able to win you over with its laid-back lifestyle. Art galleries and photography exhibit studios are in plenty and often in close proximity to beer gardens and outdoor cafes. The Carousel Gardens Amusement Park (with the iconic giant wooden carousel at its centre) and the adjacent New Orleans Museum of Art, Botanical and Train Gardens make for a nice day outing, curated to cater the tastes of all age groups.

The neighborhood's unique location puts it in close proximity to both the International Airport and the city's major neighborhoods
including French Quarter. It is then that Mid-City is a good option for travellers looking to stay in the mix of things.

And if you find yourself intrigued by a little bit of everything that you've read up until this point, then Bywater is the neighborhood for you. A great mix of things await travellers in this outdoorsy yet predominantly urbane part of the city. For starters, building walls in Bywater are covered in street art and murals lending it a boho energy. A stroll across the streets will also have you come across quirky cafes with outdoor seating, casual pizzerias, brewpubs, art studios as well as community parks with open air installations and ever-changing artworks.

Talking of parks though, there several urban green spaces and modern style gardens to be found in the vicinity. None, however, can quite match up to the appeal of the riverfront Crescent Park. An elongated stretch, this park offers a walking trail along the banks of the Mississippi River and is the perfect place to spend an evening at. Arrive in time for the sunset and you'll be treated to stunning views of the city's skyline in the backdrop of a stunning orange sky!

The neighborhood is about a 10 minute ride from French Quarter and connected through an extensive road network, making access fairly straightforward. Hotels might be a little harder to find and a little pricey, but you should not have too much trouble finding a nice rental or homestay in this part of the city.

The boho and alternative vibe of the bigger Bywater neighborhood also somewhat bleeds into the adjacent Marigny, the small sub-district situated just outside of old city boundaries. The neighborhood saw an influx of several indie artists and former residents of central New Orleans during the late 20th century and soon became the creative centre of the city - especially musicians. You can acquaint yourself with the history of local history at the New Orleans Jazz Museum, which also has a performance hall.

Today, the Frenchmen street honours that rich heritage and is home to some of the best live music venues in all of Louisiana; the Maison, the Marigny Studios and the Blue Nile are among some of the must-visits here. Following sundown, the street transforms into a lively hub for foodies. Bistros and cafes with warmly lit outdoor terraces offer a chance at an unforgettable evening. The presence of street artists and musicians at about every turn only enhances an already vivid experience.

Marigny is sandwiched between two other big neighborhoods - the French Quarter and Bywater and has direct access to both. You can easily hail a cab or use public transport to find your way around to and from Marigny. Hotels are easy to find and while you might have to pay a little extra to stay in a prime location, you wouldn't mind the extra cost!

And going back to the rich heritage of New Orleans then! There are few places better than the city compact central neighborhood of Treme to discover the city's multicultural past. Several families of African American and Creole heritage have been residents of this historic part of New Orleans and the entertainment options reflect on much of the same. The Louis Armstrong Park has a central public square that is a major draw for its jazz tribute, lush grounds and open air concerts.

Not far off, the Backstreet Cultural Museum houses exhibits recounting the years of artistic developments in the neighbourhood. The facility is surrounded by jazz clubs and home-grown eateries serving the best in class Creole delicacies. While staying in Treme, you also have easy access to its quieter neighborhood of Bayou St. John. Home to such Creole landmarks as the 1799 Pilot House and endless picnic spots, it makes for a great one day outing. Cap off your day with a visit to the Cabrini bridge for panoramic views!

Treme is located just north of the French Quarter, so accessibility should not be an issue at all. It is also only about a 20 minute ride from the International Airport, and has a decent range of accommodation options to choose from. Spend a little extra time scrolling and you might even come across an old-world mansion available for weekend rental!

And the last neighborhood on the list also brings you the direct rewards of New Orleans' Creole heritage! The vast Uptown is home to such restaurants as Dunbar's Famous Creole Cuisine and Jacques Imo's, serving age-old Creole favourites and the likes of Camellia Grill and Brigtsen's, which offer modern takes on the famed cuisine. Many of the eateries and bars in the neighborhood stay open till late in the night and host music events and open mics that draw in the night owls in big numbers.

The neighborhood is also frequented by shopaholics, as indie boutiques, vintage bookstores and souvenir shops dot most of Uptown's major thoroughfares. Businesses established in the vicinity of Oak Street are especially popular with younger crowds, owing to their somewhat alternative and quirky appeal. Book fairs and flea markets - including the monthly arts market at the scenic Palmer Park -  are often set up, and further Uptown's appeal for the artistically inclined. Rest assured, you are unlikely to run out of things in and around the neighborhood!

Access to Uptown is easy as the vast neighborhood is directly serviceable through the road network, which connects it to most other parts of the city. Travel within the neighborhood can be a little harder than in some other more compact ones, but you can still get a taxi from any part of Uptown. Hotels and resort options are in plenty and among some of the finest in all of New Orleans.

And that's our complete list from New Orleans. Take a look and have a great time planning your next vacation; the Crescent City awaits! 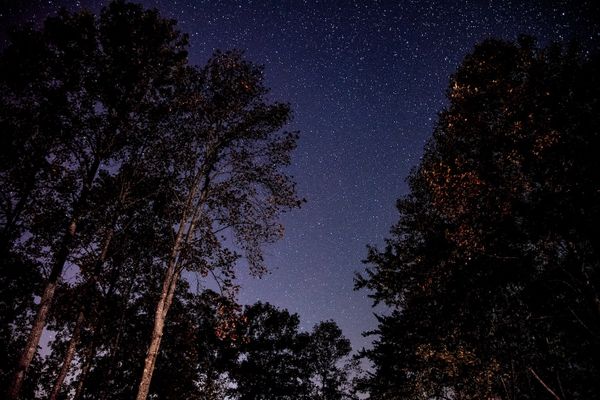 Summerville, also known as Flowertown, is a picturesque town that offers a perfect mix of art, culture, history, and natural beauty. The mesmerising Ashley River meanders through the heavenly landscapes 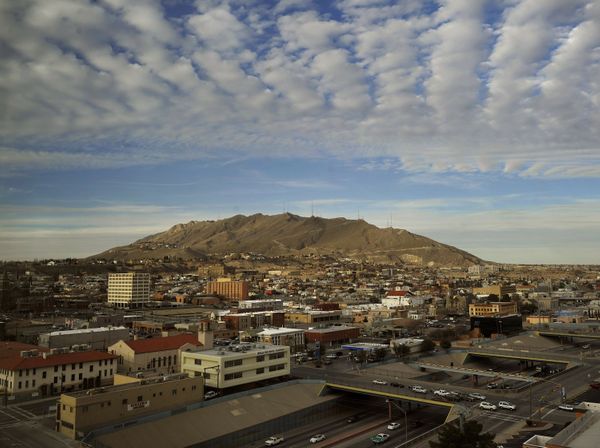 A cultural amalgamation of people, languages and cuisine, El Paso is located in the state of Texas on the Rio Grande. The socio-cultural richness of the area is owed to