Dramatic landscapes, an ambivalent cultural heritage, and unique biodiversity are only a few striking features of the Caribbean island of Martinique. The French foreign territory is all of that, and so much more. The island has its origin in volcanic activity and the most significant of them all is Mount Pelée, which destroyed the erstwhile cultural centre of the island St. Pierre in 1902. The town has been rebuilt to recapture some of its past glory and is one of the many settlements that have come to be one with the drastic natural landscape of the island. Martinique's multifaceted appeal then, has captured the fancy of many more than just the French travellers and the island has become a rather popular holiday destination.

The Route de la Trace is one of the many stunning roads that connect the island's communes to the city centre in Fort-de-France. Finding your way around the island's villages and many hidden coves and beaches is an experience in itself, but you should know which one of these neighbourhoods best suits your ideal vacation spot. And we are here to help. Here, we have listed some of the best neighbourhoods of Martinique and what they might have in store for you traveller!

The island's capital city Fort-de-France easily figures amongst the best Caribbean holiday destinations. The gentrification in the early 1900s saw the city develop into much more than just the administrative capital of Martinique and began attracting an increasing number of travellers from across the globe. While this part of the island might not be known for the pristine beaches that otherwise dominate the island, there is plenty that will appeal to almost all tastes. For starters, it is centrally located on the island and with the Aimé Cesaire International Airport and a major harbour is the easiest to access. The busy harbour offers some of the best cruises that there can be and, for many, that alone is enough to visit the island

But the streets and markets of Fort-de-France are no less charming. In fact, they are the most vibrant parts of the Martinique and the best place to take a dive into the rich culture of the island city. Touristy as they are, you should not be able to find the quieter corners or obscure souvenirs shops or laid-back cafes at about every corner of the city. Enjoy the walks through the busy alleys, marvelling at the colonial buildings and bright-coloured townhouses that are home to the best locally-owned businesses here. Some of the island's most popular sites—the stunning town library, the former fortress Saint-Louis and the replica of Montmartre's Sacré-Coeur de Balata—are also located within Fort-de-France. The many tranquil parks and bayside broad-walks offer a nice change of scenery within the busy city centre.

Getting into Fort-de-France is easy as the international airport directly serves the city. Bike and car rentals are popular ways for travelling around the city and should be easily available, as should be a slew of hotels and resort options.

The southern part of the island is where the best beaches are! And amongst them, Le Diamant is the one neighborhood where you can find the great sandy strips with lush surroundings to really bring a getaway vacation vibe. The seemingly endless beach runs along the village and it is easy to hop back into the town for a quick meal or drinks, so you can plan an entire day of sunbathing and swimming in the crystal clear waters without having to worry about going too far out. The village itself has some must-visit spots including a beautiful wooden church and a small city museum right in the heart of the commune.

And then there's the enigmatic Diamond rock, which also shares the name with the neighborhood. Not too far off the shore, the former Naval base is a sight to behold especially during the wee hours and at sunset. Find the perfect spot on the beach to see the sun set on the horizon, as the gigantic structure stands firm in the foreground. Also, if you are looking for an adventure, do not miss out on going scuba diving around the Diamond rock as stunning sea corals and underwater caves await. The southwestern part of the Le Diamant is becoming an increasingly popular destination for hikers and the ones looking to explore the island on their own. The hikes in the forested hills here can be challenging for some, but the views of the bay from the top are definitely worth the extra effort.

Get a taxi from the airport or around the business areas of Fort-de-France to find your way to Le Diamant. Renting your own vehicle is also always an option, but be sure of your hotel's whereabouts.

Talking of the island's southern beaches, Sainte-Anne definitely warrants a mention. In the southernmost part of Martinique, the commune is blessed with a beautiful natural scenery. It is home to many white sandy beaches that are not as crowded as some of the other mainstream spots in Martinique. The likes of Anse des Salines, Plage de Pointe Marin, and Anse Meunier all offer their own unique experiences; while some of the beaches are perfect for sunbathing, others are better suited for such watersports as waterboarding and kite surfing. Add to that a few other stunning coves that are yet untouched by tourist activities will definitely make you want to extend your stay in this part of the world.

Some of the beaches that have begun attracting bigger crowds have seen a few nice restaurants spring up in recent years. The Anse des Salines, Anse Michel and Pointe Marin in particular will offer you a nice selection of seafood restaurants and shacks serving a wide range of drinks that are just perfect for sunny days on the beach. La Cour Créole and Les Tamariniers are some of the best restaurants not just in Sainte-Anne, but all of Martinique. End your vacation with a ferry ride to the small island of Chevalier or a trip to the Savanna of Petrifications Wildlife Park, which despite its picturesque setting and unique geography does not attract too many visitors.

Being in an extreme corner of the island, Sainte-Anne is a little further out from the city centre and should cost you a little extra in terms of costs of transportation. Hotels and resorts are centred around the major beaches of the commune.

The northern town of Saint-Pierre was at its peak, the cultural capital of Martinique. A devastating volcanic eruption in 1902, however, destroyed a large part of the old town and it has only been after extensive efforts at revival that the commune has been rebuilt at the site of the volcanic eruption. The part of the island is still rich in natural bounties; the site of Mount Pelée has a popular volcano museum and great hiking trails, a harbour that offers great diving options, and the stunning yet sparsely populated black sand beach area of Anse Couleuvre. Most of the natural landscape has been a result of active volcanic activity and is a marked shift from most other parts of the island.

And then there's obviously the city centre, which stands testament to the town's character. The restored central market streets are as magnificent as the Rue Mont-au-Ciel, one of the few parts of the town that survived the catastrophe. A walk down the cobblestone and paved pathways, lined with terraced cafes and masterfully constructed townhouses is bound to take you back to the yesteryear glory of town. The town is also home to the Distillerie Depaz, a 1651 distillery housed in a grand mansion with quaint gardens and a wide selection of spirits to choose from. The majestic Notre-Dame de l’Assomption Cathedral and Vierge des Marins are other must visit spots in Saint-Pierre.

You can hire a taxi from the airport or from Fort-de-France to get to Saint-Pierre, but a regular bus service also runs between the two cities. Hotels and homestays are largely concentrated around the shore.

The fishing village sandwiched between Fort-de-France and Saint-Pierre is the site of Christopher Columbus' first arrival. The 18th Baroque church and the Place Jules Grévy are among the many monuments that are a reminder of the colonial rule that transpired in the intervening years; these landmarks lend a great touch of historical significance to this otherwise sleepy town. The Paul Gauguin Interpretation Centre and the adjacent exhibition hall showcase the artist's many post-impressionist paintings, making it another popular visiting spot on the island.

The village in itself has become known for its distinctive wooden cabins and huts (aside from the traditional coloured townhouses), vast sugarcane farms and former estates, and a popular rum distillery. Most of the plantation venues have been transformed into botanical gardens or zoological parks, which are home to tropical plants and vegetation and a select few animal species. They remain open to visitors and are a great place to understand the biodiversity of the island. Off the shore, you are bound to come across a few great beaches that will tempt you into spending lazy days sunbathing. Grand Anse is the biggest of all, but smaller coves are better for swimming and a more private experience.

Close to the central city of Fort-de-France, the village of Le Carbet is one of the easier ones to access through the road. Bus and taxi services are available during most parts of the day. Book a hotel room in the village for the best experience.

Another quiet fishing village that has attracted attention for its scenic beauty and offbeat appeal is Grand-Rivière. Situated at the northernmost tip of the island, the pastel-coloured village is one of the most laid back venues of the island. A stroll down the paved roads of Grand-Rivère will definitely transport you away from the usual bustling lifestyle to an era of simpler living. Marvel at the mesmerising church facades and mansions that line the roads, while keeping an eye out for the odd cafe and restaurant. Do not miss out on indulging in the village's seafood, which boasts of some of the best lobster and crayfish that you will find anywhere in the world.

The hike along the rivulet all the way up to the northern margins of Mount Pelée in Le Prêcheur offers some unparalleled views. If you manage to get a local fisherman to accompany you along the way as a tour guide, you might as well stop for a lunch at a suitable spot and take a dip in the river water, provided the expert assistance. The road leading up to the town ends on Grand Rivière's grey sandy beaches, which are perfect venues to spend a lazy afternoon while witnessing the fury of the waves that rise up regularly in this boisterous part of the North Atlantic Ocean.

Farther out than most other communes, Grand Rivière is harder to access than others but a nice cottage or homestay in the neighborhood is definitely worth the extra effort.

That's all from our side then. Take your pick and start planning your idyllic Caribbean vacation! 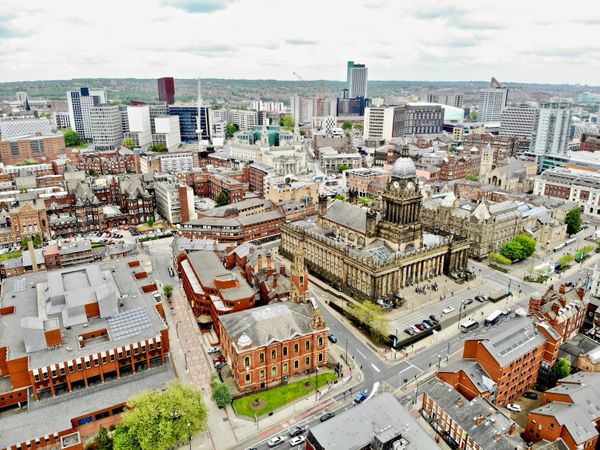 Whether you're in Leeds to visit friends or to simply explore the lively city centre, the best way to experience it is through staying in an Airbnb apartment. Sure, you 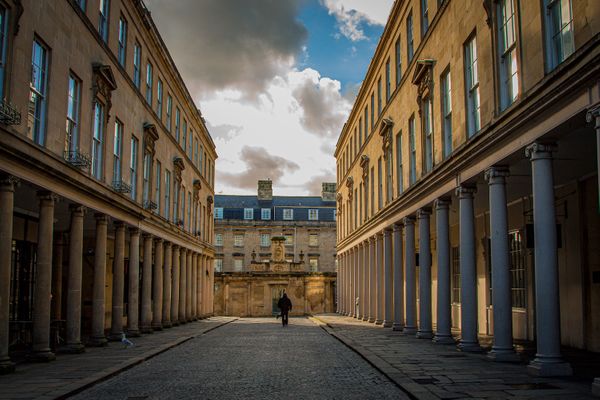 Bath is a very beautiful town with a rich history and a diverse range of architecture. As the name suggests it is named after the Roman-Baths. This place has a