The United States may have the 'Big Apple', but Indonesia has its own alpha city in the form of the coastal city of Jakarta, belovedly known as the 'Big Durian'. The cultural and administrative capital of the island nation, Jakarta is a traveller's delight with a multitude of leisure and entertainment options to choose from. Be it Javanese, Malay, Chinese, or European, you will find remnants of all cultures living and breathing through the city's architecture, cuisine, and above all, its people. And the development of Jakarta as the business and economic centre of Indonesia has transformed it into a global city in the truest sense. The city has worked hard to preserve its very sensitive mangrove-based ecosystem, with intensified efforts in recent years yielding positive results in conservation and further providing varied prospects of ecotourism, especially along the coast and the adjacent islands.

It is then that you should see the city of Jakarta in this multifaceted light. And much like many other global cities, it becomes important to pick your ideal neighborhood to stay in for your travel. And that's what we are here for! Ever since the expansion of road networks and rapid transit lines across Jakarta, travel within the city bounds has become seamless. And with every other neighborhood a stone's throw from each other, no area remains off limits. Keeping that in mind, here, we have listed some of the best neighbourhoods to choose from for your ideal stay in Jakarta.

By the virtue of being home to the Sudirman Central Business District and the Indonesia Stock Exchange, the southern part of Jakarta has developed into the city's central business district and is now characterised by tall skyscrapers and a glittering skyline. Kebayoran Baru sub district is the main draw of the larger area and has become known for its lively shopping district and lush avenues bustling with activity. Drop by any of the malls in or around the neighborhood for a true shop till you drop experience. The most famed of all the venues are the Block M shopping centre, a busy shopping plaza which has many fashion boutiques and department stores and the nearby Panglima Polim, known for its bohemian flea markets, cafés and offbeat appeal. Also, the Mayestik Market in the western part of Kebayoran Baru is the best place to shop for clothes and shoes because of the many budget apparel stores to choose from.

The M Block is also known for its food scene, much of which is inspired from Japanese culture and cuisine. The same has also invaded the entertainment options and one can find the odd Karaoke House and Sushi restaurants, giving this part of the 'M Block', otherwise known as Jalan Melawai, the name 'Little Tokyo'. Besides, cocktail lounges and bars and the more western eating options like steakhouses and casual cafés are also in plenty. Experience the nightlife like no other in the nearby neighborhood of Kemang, which has the highest concentration of nightclubs and bars in all of South Jakarta. The neighborhood also hosts multiple food and cultural festivals throughout the year, which sees the participation of the many natives and international residents of the area making for a nice mix of cultures.

The large area of the neighborhood makes for a huge number of options available to choose from in terms of hotels and homestays as well. South Jakarta has a wide variety of hotels ranging from budget to luxury, especially in and around Kemang, which is serviceable through the 6th corridor of TransJakarta bus transit and the city's suburban rail network, Commuterline at the Pasar Minggu and Kopaja stations.

A subdistrict of Central Jakarta province, Menteng is one the best neighbourhoods for experiencing a laid back side of the city. Despite being made up of the new more urbane residential district housing Jakarta's elites and state officials, Menteng has a lot to offer travellers. It is home to some of the most iconic landmarks in Indonesia including the Proclamation of Independence Monument and the Formulation of Proclamation Text Museum, Selamat Datang Monument (which stands as the supreme example of Jakarta's transformation), and the site of the former Menteng Stadium (now the Menteng Park). The National Museum and the famed Merdeka Square are also at a walking distance from the neighborhood so you will never run out of sight seeing options while in Menteng.

And to go along with that, Menteng has a number of entertainment options in form of casual diners and cafes, live music venues, and several bars and clubs. Menteng is one of the best places to experience the delicacies of Indonesian cuisine as you'll find many top restaurants serving soto kaki, soto betawi, and ketoprak and many other Betawi dishes. The centrally located Taman Ismail Marzuki hall, which is the venue for several art exhibitions, theatre and musical performances (mostly reflecting the native culture and history) is also a must visit. Cap off your perfect day with a drink at one of the neighbourhood's many bars or take a relaxing walk at a nearby park or green space, the kind that neighborhood has in plenty.

The neighborhood is one of the pricier ones in Jakarta and some of the most renowned hotels and resorts in the city are in its vicinity, but is perfect for shorter stays. The central location of Menteng makes getting around the neighborhood and other parts of the city fairly easy.

Most of the western part of Jakarta is still dwelling in the rich history of the city. West Jakarta's culture is centred around the sub district of Kota Dua, which served as the administrative centre for the Dutch colonial empire (known as "Batavia") and has now been transformed into a heritage site characterised by European architectural designs for houses and government buildings (many of which have been reopened as museums), iconic cafes and meeting joints, and abandoned development sites, which now mostly work as tourist spots. While you're in Old Jakarta, pay a visit to the Jakarta History Museum housed in the 17th century Town Hall, the Wayang, Fine Arts and Ceramics Museum, the site of the Jembatan Kota Intan drawbridge, and iconic buildings of the Post Office and Cafe Batavia, among others.

A large part of the Old Jakarta neighborhood has been closed for vehicular traffic as part of the restoration and revival projects and it makes it the perfect venue to explore on foot. The culture of the erstwhile 'Batavia' is what has creolised into the present-day Betawi culture of Jakarta and there is no better place than the abandoned city centre of Kota Dua to take you through its prolonged history. The charming neighborhood has many picturesque streets and alleyways and you're bound to bump into a little bit of history in every nook and cranny. And if you find some spare time from all the sightseeing, the adjacent Chinatown and the Kembangan neighborhood, further westward offer a nice change of scenery and more modern entertainment options. The food and shopping centres at the two venues are a big draw in West Jakarta.

As mentioned above, exploring the Old Town of Jakarta is best done on foot and you can use any and all means of local transportation to find your way around the other parts of West Jakarta. You will be able to find some of the best budget hotels and youth hostels in this part of the city, but it also boasts of big brand names in the hospitality business.

Most of the city coastline in the northern part of the city make for the administrative district of North Jakarta, which is all things beaches and natural landscapes. Having recognised the threat posed by rapid urbanisation to the natural ecosystem of the region which is mainly made up of Jakarta's major mangrove forests, the government launched a protection and reforestation programme. And the best way to experience the whole different side of the city by a tour of the Muara Angke Wildlife Reserve. Home to many rare bird, plant, and wildlife species unique to the ecosystem of the mangrove forests, the wildlife reserve is sure to offer a rewarding experience. The walking bridge trails or take a boat ride around the protected forest area are the best ways to explore the Muara Angke Wildlife Reserve.

And don't be worried, much like most other parts of the city, North Jakarta has also come a long way in offering you a nice change of scenery from one neighborhood to the other without having to cover a lot of distance. You can find the yesteryear port of Sunda Kelapa, which served as a major trade center for both the native Hindu Kingdom and later the Portuguese. Pay a visit to the port that now only produces the Indonesian sailing vessels pinisi and also take in a little bit of history at the Maritime Museum. Cap off you long days with a drink or a nice meal in the more urban setting of Pantai Indah Kapuk, the bigger residential area with a more contemporary audience owing to its many shopping malls, bistros, and cafes.

North Jakarta is serviceable through most public transport options including the Jakarta Mass Rapid Transit. The neighborhood is also among the more affordable of Jakarta's major centres in terms of staying options and hotels.

Remember the mangroves from North Jakarta? Take them onto small islands spread across the Java sea, add coastal vegetation, coral reefs and you have yourself Kepulauan Seribu or the Thousand Islands, Indonesian island regency. These large set of islands, about a dozen of which have seen rapid developments for tourism and conservation purposes are also major draw for the travellers in this part of the world. The boat rides and guided tours that take you through many of the other islands (110 in total) as well make for a perfect family vacation or a getaway holiday destination, away from the bustling crowds of the more mainstream venues that are offered on the mainland city. Some of the islands including Damar Besar, Kelor, and the Bidadari Island are even protected historical sites with ruins of the Dutch East India company settlements, and make for an enticing prospect.

But going back to the natural bounties that are to be found in plenty on these islands, you can always go snorkeling off the beautiful coasts of the Bidadari Island or the Payung Besar, go birdwatching at the Rambut Island,  or visit the hawksbill turtle conservation centre at the Thousand Islands Marine National Park while you're still around. Many of these islands have also been developed to promote tourism and have small resorts and cottages to provide for accommodation. Bidadari, Karang Beras, Air Island and Melintang Kecil are among the major islands that are used for recreational activities and have accommodation options for travelers. And that's not all! Small islands like the Semak Daun and Kelapa Islands offer campaign and backpacking trip opportunities as well and there is no venue to match the serine beaches of the Pari Island, perfect for a quiet laid-back vacation.

So that's all from our coverage of the best neighbourhoods of Indonesia's capital city of Jakarta! With so many diverse options outlined for you, it's time to start planning and packing for your trip to the Big Durian traveller! (And while you're still here, Taman Mini Indonesia Indah recreational centre in East Jakarta offers a microcosm for the city's cultural ethos and you might want to pay a visit to the venue during your holiday in the city as well.) 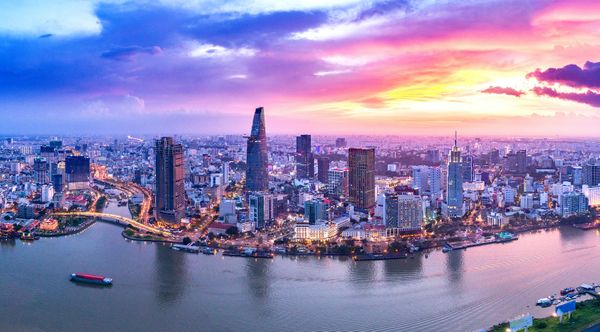 Formerly known as Saigon, The Ho Chi Minh City is the business and financial centre of Vietnam. It is a city with a disturbed past, as it fell to North 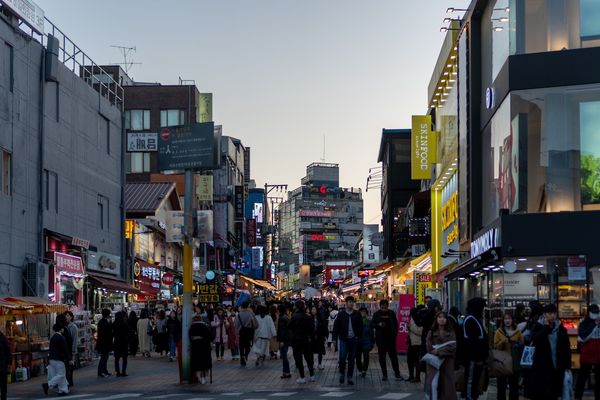 See also: 30 Best Things to Do in Seoul If you crave for amazing nightlife, incredible street art, have a taste for indie-pop music, and an happen to be an