Guangzhou stands as a prime example of an avant-garde city, with its dynamic skyline showcasing skyscrapers as splendid as the Canton Tower and historic buildings that go back ages. Seated on top of the appear river, the city has held significance for the region since the times of Silk route and has developed into one of the hubs for trade and culture within China. Guangzhou's rich culture and cuisine has attracted as many global travellers as the city's vast shopping districts. And then there has always been the prospect of a laid-back vacation in the Baiyun mountains!

Guangzhou's efficient metro network has made travel hassle free. No part of the city is off limits and that just widens your options, in terms of choosing a neighborhood for your stay. And that's where we step in. Here, we have listed some of the best neighbourhoods in the city and what they might have in store for you!

The central business district of Guangzhou Tianhe Commercial Area or simply Tianhe, is a shopper's paradise. Home to some of Asia's best malls and shopping centres, the area attracts huge crowds all year long. The Grandview and TeeMall on the Tianhe road are the biggest and most popular of them all and feature a wide variety of restaurants serving western and Chinese cuisine. The shopping options, however, are mostly western retailers with almost all of the top international brands having an outlet on the premises. And then there's the Redtory Art and Design Factory, another entertainment district with an alternative appeal. Bohemian bars and chic cafes, home grown boutiques and art galleries are all thronged by a good mix of local and international visitors.

The neighborhood is also home to some of the most recognisable landmarks of Guangzhou including several notable skyscrapers. Visit the central square for a glimpse of the skyline and find your way around the area. Do not miss out on a tour of the Guangdong Museum and the Shipai urban village park for an insight into the history of the region. You can always relax with an opera performance at the Guangzhou Opera House or a walk through the South China Botanical Gardens. The latter is an especially perfect setting for a quiet family outing away from the bustling city crowds with its lush surroundings and an artificial lake. Cap off a long day in Tianhe with a drink at one of the many bars in the glitzy district or a walk along the picturesque waterfront.

Several major transit lines of the Guangzhou Metro run through the neighborhood making it easily accessible. The Guangzhou East station on the network's Line 1 is the major transportation hub of Tinane. Hotels are amongst the best of the city and tend to be on the pricier side.

And across the Pearl river from Tianhe is the busy district of Haizhu. Surrounded by water on all sides, the neighborhood has come to be known for its stunning waterfronts which are always bustling with activity. The Party Pier Plaza, sandwiched between the Liede and the Human Bridges is probably the most lively of these waterfront entertainment districts. The sub-neighbourhood attracts a hip crowd to its many clubs and bars and river-facing restaurants and is the perfect venue for a romantic dinner. The largely pedestrian area is also perfect for an evening stroll and catching a glimpse of the Tianhe district's skyline from a distance. Look to either side and you will find equally stunning views of the urban planning marvels in the form of the majestic bridges connecting the districts.

The Haizhu district is also home to the Pazhou Complex, which holds the distinction of being Asia's largest exhibition centre. The 22000 square metre centre hosts several events throughout the year, none as popular as the Canton Fair, one of China's oldest trade fairs that is held during the spring and autumn seasons. Another famous landmark of the city, the Canton Tower is also situated in Haizhu. The 610 metre tall skyscraper is one of the latest additions to the long list of high rise buildings in the city, and with an observation deck offering unparalleled views, also fast becoming the city's most beloved. The skyscraper is a sight to behold during the night with it's brightly lit facade being a favourite photography spot. The tower also has outdoor gardens, restaurants, and teahouses among other entertainment options and is a must visit.

Lines 2, 3, 4, and 8 of the Guangzhou Metro run through Haizhu district, making it easily accessible. You can find a nice range of luxury hotels in the neighborhood, which is perfect for a short stay.

The northern region of Guangzhou has the overbearing presence of the Baiyun mountain, which lends its name to the large northern suburb district. This is the greenest part of the city and a great choice for a quaint stay for families or travellers looking to explore the lush mountains. Start your day with a tour of the  Baiyun scenic area, and later,  you can challenge yourself to a hike on one of the many peaks of Baiyun mountains or take a cable car ride through the lush surroundings. Either way, you will not feel closer to nature in any other part of Guangzhou and the view from the top, which includes a view of the entire downtown Guangzhou and even the Pearl river on a clear sky day is an added incentive to take on the challenge of the hike or even a ride up the hill in the cable car itself.

Even the rest of Biayun is a great place to discover the sleepy side of the city. The Maofeng Mountain Forest Park offers beautiful walking trails where travellers can discover the flora and vegetation, and also go on a few other more challenging hikes. The area around the Modaokeng Reservoir (which you can simply visit with your family for a nice afternoon outing or small get-togethers or a  picnic by the waterside) also offers more traditional entertainment options including an amusement park, a golf club and a few popular water facing restaurants.

The neighborhood is close to the International Airport and finding a nice hotel should not be too much trouble. Baiyun is, however, a little outside the city centre and is a good 30-40 minutes through the metro so you might want to weigh in the extra travel time. The district is serviceable through Lines 2, 3, 6, 9, 14 of the Guangzhou Metro.

The road leading up to Tianhe from the Yue Xiu is one of the busiest in all of Guangzhou. Especially famous is the nightlife of the Huan Shi Dong Lu or simply Huanshi East, with many bars and beer cafes crowding the major thoroughfare. The best known of these bars are the ones that run out of ordinary looking houses, serving a nice variety of homegrown beer and international brands. These places are frequented by the local crowds as much as travellers from outside of China offering an eclectic mix of crowd. Sports programming and live entertainment events will keep you entertained for long, making these distinctive establishments the perfect place to cap off long hectic days in the city.

Even during the day, there are plenty of things to do in and around the area. Several restaurants and chic cafes have come up around this part of You Xiu and you will never run out of options to choose from. Not far off is the large Guangzhou Zoo, which is home to many of the region's wildlife species including the beloved giant panda. It is just the perfect place to plan a day-out with your family. Green spaces including the Luhu park and the Guangzhou Huanghuagang Commemoration Park are all at a stone's throw form Huanshi East and are other good options to enjoy a little fresh air without having to leave the city centre.

The Zoo station on Line 5 or the Guangzhou Metro is one of the main transportation hub in the area. Hotels in almost all budget ranges should be readily available around the Huanshi East.

The northern part of the Liwan district is the site of the yesteryear neighborhood of Xiguan. A distinctive subculture and rich history lends an alternative appeal to this part of the city. Most parts of the neighborhood are best explored on foot as you are bound to bump into a little bit of history in every nook and cranny, in the form of the famous bamboo houses and other architectural marvels. Some of the houses are even open to visitors and give you an insight into what constituted life for the people living in the region in the past. Try out some of the local home-grown eateries for quintessential Guangzhou cuisine including, but not limited to shrimp wontons,  sachima, and peanut and sesame filled cakes.

The neighborhood is also a great place to shop for cheap merchandise, especially fabric. The Liwan Plaza Jewellery market and  the Hualin Jade street also offer a great range of options in terms of jewels and precious stones and are definitely worth a visit. The Shangxiajiu Pedestrian Street has a wider range of options including local produce, stores housing global brands, and a few nice restaurants. And even with all of that in place, the area's major appeal lies in its cultural sites. A few other spots that should make it to your itinerary include the famous Liwan Museum, the picturesque Liwan Lake Park and the colonial-era Shamian Island.

Xiguan is serviceable through Lines 5, 6, 8, and 11 of the Guangzhou Metro. Hotels and homestays are easier to find and cheaper compared to the establishments in some other parts of the city.

The area around the Zhongshan 5th Road in Yue Xiu is referred to as the Beijing Road district, getting its name from the central thoroughfare.  The pedestrian street is one of the most popular spots among the locals for shopping and dining. The options to shop for cheap merchandise starts from the smaller stores, but you can always visit the malls in the vicinity including the Guangzhou Grand Shopping Mall and the Metro Mall for a wide range of clothing stores. Eating options are in plenty with many take-out shops serving the best local cuisine. Bigger international brands have outlets at the Mayflower Plaza, a popular neighborhood among the younger crowds.

The neighborhood is also in one of the oldest parts of Guangzhou and has many historic sites that offer a great insight into the history of the region. In fact, the Beijing Road in itself goes back thousands of years as made clear by, among other exhibits, the Song Dynasty displays. Visit one of the old bookstores here for a neighborhood-specific travel guide, which is the best way to narrow down your choice of activities in and around the area. The Guangzhou Museum, the Six Banyan Tree Temple, and the Nanyue Palace Complex and Museum are among the top choices, that if you can find any time to spare from the endless streets and alleyways that make up the main shopping district.

The Beijing Road Metro Station lies on Line 6 or the Guangzhou Metro, but the neighborhood can also be accessed through Lines 1 and 2. Finding a hotel in this part of the city should be fairly straightforward.

That's all from our side traveller. Get packing, the city that packs over two thousand years of history awaits! 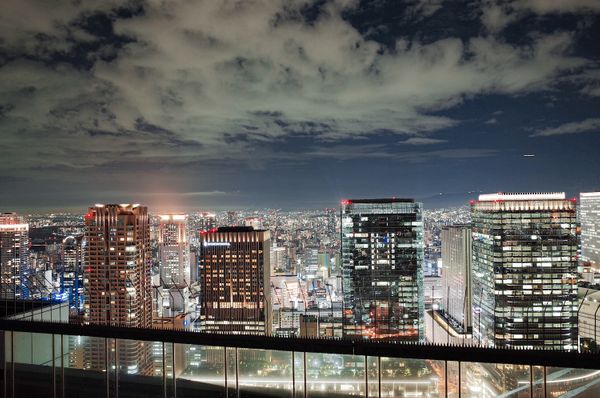 See also: 30 Best Things to Do in in Osaka Umeda, situated in the northern part of Osaka, and happens to be one of the much-loved places around this Kansai 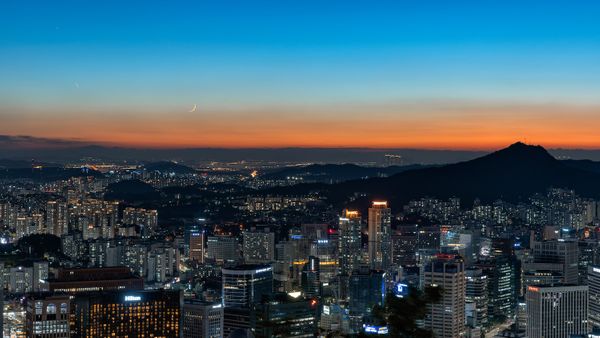 See also: 50 Best Things to Do in Seoul and Where to stay in Seoul It is difficult to know what to make of Seoul. Only a few are aware