See also: Best Things to Do in Brussels

Brussels, the capital city of Belgium, is famed for its eccentric continental beauty. Spread over just a little more than 62m², it is relatively smaller than Paris or London, but makes up with its awe striking heritage, history and culture what it seems to lack in size. Strewn generously with monumental wonders dating back to as far as the eleventh century, Brussels is a city that lives in its history, and exuberantly so. The Headquarters of the European Union, Brussels proudly sports it’s bureaucratic vibe subtly merging it with the contemporary world, and has something for everyone.

This hub of fries, mussels, chocolates and beer wouldn’t let you diet, and is the perfect place for those with an indulgent spirit. Here are the prime locations to stay in Brussels, if you want to live in het beste, as the Dutch say it.

This up and coming neighbourhood is the new hip capital of the city, and is stocked with everything from quirky galleries, cafés, art décor museums to flea markets and weekend throwaways. Tucked between the Palace of Justice, or Palais de Justice de Bruxelles, the most important court building in the country, and the Brussels-South Railway Station, Marollen is best known as a amalgamation of all art, Avanté Garde, or post modern.

The neighbourhood is one of the oldest in the city, and has grown up with the country itself. Marollen packs up Brussels like no other place in its historic folds, and a stroll along the Rue Haute will at once give you a peek into the Place du Jue de Balle, The Chapel Church and it’s famous flea market, that first began in 1640. The Notre Dame de la Chappelle, is a twelfth century gothic wonder in the heart of the neighbourhood, and is a go to place for all history and architecture enthusiasts in Marollen.

This neighbourhood, known locally as the Les Marolles, is now a major cultural centre of the country, and if your heart leads to it’s techno vibe, with record shops, bars and nightclubs around every corner, you will probably never want to leave.
For everything vintage, the Melting Pot Kilo is the final stop, stocking old gramophones, record players, typewriters, lamps and clothes per kilo.
Here at the Rue Haute, a concept store with the odd combination of a 1950 Italian Vespa and free Wi-Fi awaits internet crazy but vintage loving beings, and if what you demand is a steaming coffee in a garden after a long day of work, you will get it at L'Atelier En Ville in Marollen.

The home of the Royal Palace (internationally known as the Great Palace) and the Brussels Stock Exchange, Brussels City lies in the boulevards that envelope 'the ring', the commercial hotspot of the capital. The City of Brussels is the largest neighbourhood in the Brussels Capital Region, and is the abode of expats and immigrants, as well as an effervescent nightlife. In the beginning of the seventeenth century, Brussels Ville was simply defined as the area between the capital’s second walls, but over time, cultural and bureaucratic endeavours made it into the locale it is today.

The origin of this area can be traced back to 979, and since then, structures like the covered market of Halles Saint Géry and the Romanesque Church of St. Michael have become into the most trendy areas around the Ville. Art buffs are treated with everything they can ask for in this locality, and places like the Saint Hubert Royal Galleries, built on the same design of the facade of Uffizi In Florence, in the Italian Cinquecento style in the city are historic, sartorial, culinary and artistic fulcrums of the neighbourhood.

Full of theatres where the Brussels Philharmonic Orchestra performs regularly, Brussels Ville is one of the most populated and sought after location in all of Brussels. A place where the trebles of trombones and the funk of the jazztronica playing in nightclubs mingles to imitate the mixed flavours of Belgium.

Etterbeek holds the Parc du Cinquantenaire to its north, and the Boulevard General Jacques on the opposite end, and in the middle is all things food, art and music. To find a dull corner in Brussels it hard, but Etterbeek makes it harder. One of the most economical neighbourhood in Brussels, with an easy access to all parts of the capital through its railway lines, Etterbeek is favoured by immigrants and expats from all over the world.

In Belgian newspapers, Geluck's Le Chat remains one of the most loved comic strips, but if you live in Etterbeek, opening your window will make you a witness to a 140 meter long fresco of this comic, and a walk along the Geruzet barracks will leave you giggling at the 25 strips graffitied across its walls. Place Jourdan is one of the neighbourhood’s most happening place, and functions as a meet-up venue for a swarm of foreign bureaucrats. But they are not the only ones who can revel in the savoury frites at the Place Jourdan. If you live in Etterbeek, you too can fill up on samourai coated chips from Mason Antoine.

If live music performances from all over the world just two steps away from your doorstep has been your dream, consider it come true in this neck of the woods, as the Senghor Centre Culturel d'Etterbeek. First inaugurated in 1988, this arena of music celebrates the musical culture of Japan, China, Aboriginal Australia, the Middle East and Europe. Another centre of music is Atelier 210, which hosts myriad fests in the summer. Built in an old cinema, this venue is the perfect getaway for the weekend.Whether it is a walk in the European gardens of Avenue de Tervueren or exploring Art Nouveau at the Maison Cauchie, this  will provide you with an all round experience, and who doesn’t want to live forever in a vacation?

Named partially after the Woluwe, one of the tributaries of the Senne that runs through this municipality, Woluwe Saint Pierre is the most expensive and high end neighbourhood in the Brussels Capital Region. This neighbourhood has originally grown from a twelfth century hamlet to one of the busiest parts of the city, and houses the famous Avenue Jules Cesar, the Woluwe Park, Stoclet Palace and the Museum of Urban Transportation. Built for a art loving bureaucrat in 1905, the Stoclet Palace sits on the streets of this locale, and is a lesson is the Viennese Secession Style of architecture, and remains one the paramount examples of the architectural beauty of Brussels.

Woluwe allows plenty of opportunities for those who want to get away to the laps of nature, and poetic locations like the Woluwe Park and the Sonian forest are full of towering oaks and deodars, as well as indigenous wildlife. Trekking along the leafy paths of the Sonian forest can seem right out of a Robert Frost poem, and what makes it better are the Swiss  châteaux built along its small mounds.
Woluwe Saint Pierre gives you a chance to delve into work one minute, admire art deco the next and wallow in its green covers when the sun sets.

More known for its Avenue Louise and Bois de la Cambre than as Audrey Hepburn's birthplace, Ixelles or Elsene in Brussels is as graceful and chic as it’s name. If the hullabaloo at Avenue Louise, with its niches of beautiful boutiques and restaurants gets too much, the Tenbosch Park with the towers of Ixelles reflecting in the dark water of its lake functions as the perfect urban beach that this bustling city needs. With the temperature soaring in the afternoon, the Tenbosch is can be your own 'Great Escape'.

Ixelles is a busy place simply because there’s so much to do, and on top of the bucket list is the Chauseé d'Ixelles. This piazza at the centre of the neighbourhood is filled up with the best food and clothes Brussels can offer, at much lesser prices, and easily accessible. The Chauseé d’Ixelles also serves as the African hub in Brussels, with the continent’s food, salons, boutiques and hairdressers.
Belgians love their food and beer, and the place to blend in its local flavour is the Place Fernand Coq, and toting across the Chauseé d’Ixelles will land you into this paradise of idiosyncratic Belgian pubs and eateries, offering dozens of traditional and fashionable options.

With good taste comes great responsibility, and here at Ixelles, the Flagey, one of the most historic structures of the country provides an excellent re run of classic movies from around the world. Known now as the Cinematik, the Flagey also hosts literature meetings and round tables, and this is the place to be for the capital’s intelligentsia.

With its revivalist architecture masquerading as a Baroque façade, the municipality of Saint Josse Ten-Noode in Brussels is one of the smallest, but fastest growing in Belgium. The highlight of this neighbourhood is it’s relatively calm environs when compared to other centres of the city, as well as it’s function as a kind of transit between the real Brussels and the so called 'tourist Bruxelles'.
While a ten minute walk down the Saint Josse street will take you to De Brouckeré, or downtown Brussels and a hub of all tourist activities, it is well known that the real Brussels, with its juggernauts of art and history resides in the alley of Saint Josse Ten-Noode.

This neighbourhood is close to Schuman, one of the busiest station in all of Europe, and this makes it a very well connected option to stay. This feature has manifested in the highly heterogeneous diasporas residing in Saint Josse Ten-Noode, and has led to an overall vibrant cultural ambience. If you want to delve deeper into this diversity, the gardens of the Botanique Medical Centre of St Josse provide a comical insight into the immigration of foreign culture into Belgium, and it’s acceptance by the locals. A cornet of frites, covered in colourful patchwork by artist Oli B, stands at the centre of these gardens, and represent the famous diversity of Saint Josse Ten-Noode.

African diasporas have brought in essentially contemporary additions to this town, as well as Turkish ayran(yogurt) and Arab music have all found their way into this neighbourhood, making it distinct from any other Belgian locale.
The Rogier Tower at the heart of the neighbourhood adds in its business vibe, and Saint Josse Ten-Noode remains prime because of this open spirit, welcoming all those who are different in its essential Belgian way.

Uccle has churches as old as Belgium’s love for waffles, or older, and one of the first pubs ever established in Brussels. While it remains a locale far removed from the usual frenzy of Brussels' commercial activities, this underrated neighbourhood has much to offer.

Art Deco is a big part of Uccle's architecture, and it’s best represented in the magnificent Van Buren Museum, and you should give it a visit to know more about the architectural transformation that Belgium went through in the Revivalist Era.
This town has history waiting to be discovered at every little street, and the fifteenth century tower of Le Vieux is a big part of it. The Russian orthodox church of St. Job, Hergé's grave and  the Parc du Wolvendael, Uccle or Ukkel, as it is called by the French population is the “21st quarter of Paris”. 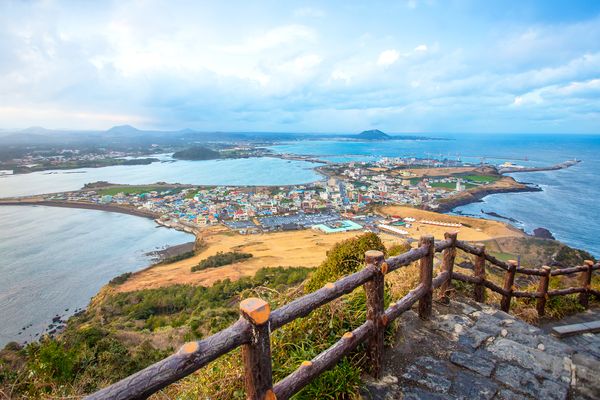 See also: Best Things to Do in Jeju This picturesque Island of South Korea is located in Jeju Province. Jeju Island is infamous for housing countless natural wonders, the breathtaking 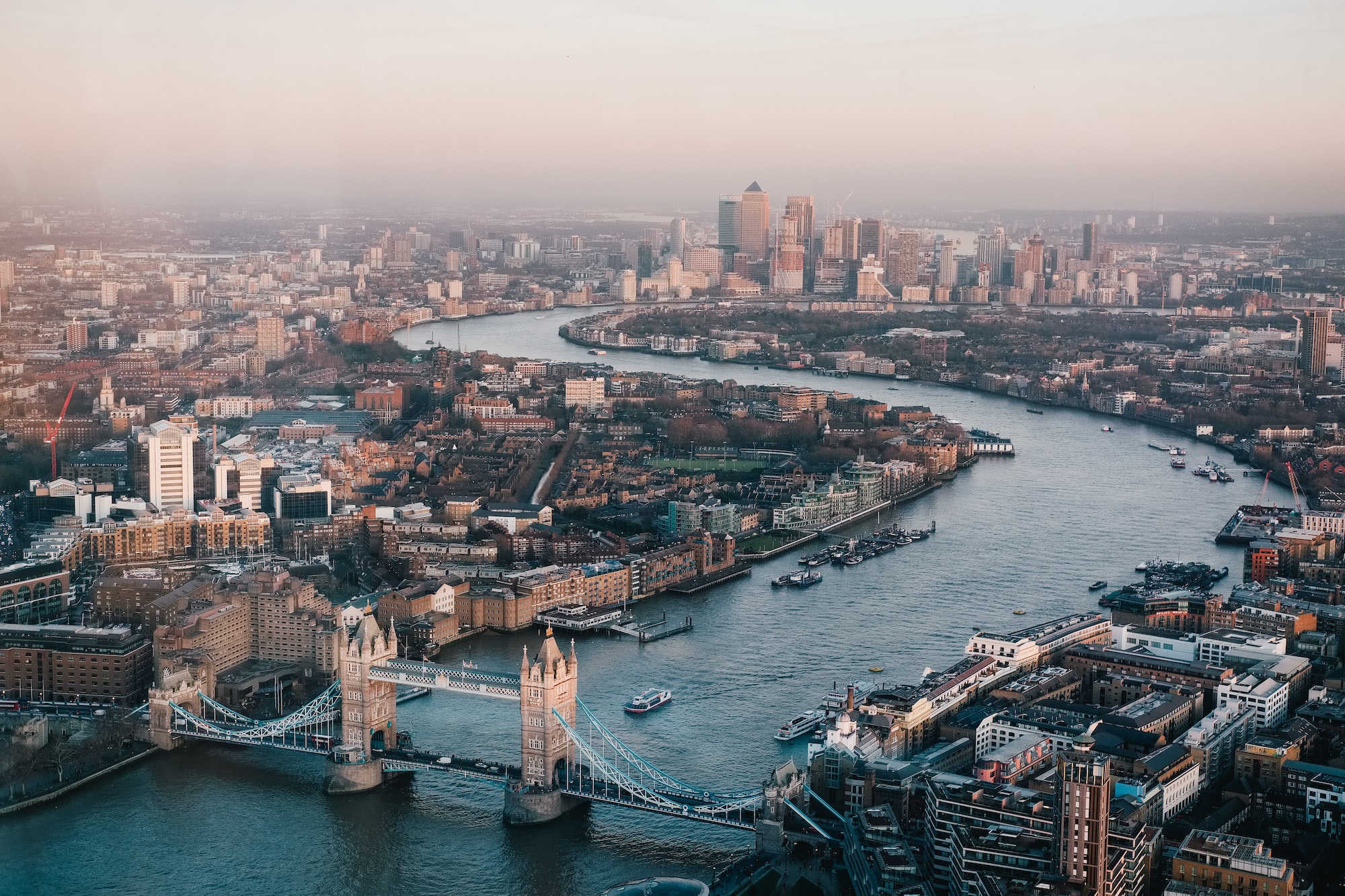 See also: Best Things to Do in London The English capital has some of the most recognisable landmarks in the world and while they are nothing short of mesmerising, London