Amsterdam as a city celebrates distinctiveness, heartens eccentricity and amuses in its divergence. With protracted accounts of luxury and defiance, the city presents a counter-culture detonation with its many wonders. It certainly brings the wares when it comes to delivering unforgettable experiences. With numerous canals interlacing through the capital, buildings that provide a foretaste of a long-gone past, and innumerable museums depicting the significance in history, it is a city bursting with amazing things to do and experience.

Amsterdam is split into eight boroughs (or districts) that are again divided into neighbourhoods. Although this may confuse a first time visitor, they would come in terms with the convenience of it later on. Each neighbourhood of Amsterdam is distinct for its own temperament, allure, and an inimitable diversity of shops, restaurants, museums along with other attractions. Discover the city's best with our list of Amsterdam's best neighbourhoods.

The innermost borough of Amsterdam, Centrum has plenty of boastful gears to its credit.  A trip to the city would not reach its completion without visiting this city centre that rears with a rich history, notable architectures, and veiled alleyways that date back as old as the 13th century. This neighbourhood is also great for tourists who love to travel around and get the best of flavours-there are far-reaching shops, bars, cafes, restaurants, and clubs for the hedonist in you.
Centrum is also well-linked to the rest of the city with trams and buses. The location could not have been better with the bordering neighbourhoods a short walk away. With trains running their service in and out of the City Central Station, Centrum becomes just the superlative option to start and end your journey in Amsterdam.  The famed Red Light district renowned for its shopping scenes is a short walk. Zeedijk with its excellent set of restaurants and Chinatown is just across the square. The much-celebrated ring of canals, the Grachtengordel, is a hop from the place. Towards the west stands the fashionable Jordaan neighbourhood with its bohemian cafés, bars and shops. The Artis Zoo and the Hortus Botanical Gardens surely will not disappoint you either.

This neighbourhood enjoys reputation akin to London’s Cockneys and attracts visitors to savour the distinct atmosphere. With a rich history and legacy to its credit, this district was one a working-class bastion that was reworked for taut community ties, deep-seated politics and an appreciation for drinks and overblown community singings.

The streets are picturesque and you would really take pleasure in strolling through the side streets.  Exploring the architecture will not be comprehensive without visiting the many hofies which are basically the inner courtyards amidst restored houses and tranquil gardens, now occupied largely by artists, students along with a number of aged populace. Another markedly Jordanian characteristic is the boulder tablets above doorways that were engraved to publicize the line of work that formerly occupied the house. If you are fond of having some bearing on your travelling, consider a food tour. The neighbourhood has some of the most excellent fares in the whole of Amsterdam, concerted into undersized areas. The packages normally include a walk-only guided tour, and if you enjoy the cruising, you can opt for a canal tour on a striking antique boat. The assorted flea market presents a hectic sight with a buzzing of varied activities.

If you have an eye for shopping, the marketplace offers excellent choices. The Noordernarket supplies fresh organic fruits and vegetables and is a much sought after place. If you are someone who loves to travel around and visit museums, you are in luck. Although not in Jordaan, the Anne Frank House closely borders the district. Another museum, the Electric Ladyland presents a curious sigh with its lively fluorescent lighting and gleaming visions of sculptures.

The vivacious Latin Quarter with its flashy blend of cuisines, terraces and genial cafés has been a trendy haunt for the Bohemian ethos since the 60s. From the stunningly landscaped patches of Sarphatipark to the famed Albert Cuypmarkt street market, the neighbourhood exudes hippie panache from every angle.
The tasteful eateries persistently enrich the quarter with its swarm of emerging restaurants, boutiques and modish fare drifts. De Pijp hosts some of the most excellent breakfast and brunch spots in all of Amsterdam. For relishing exemplary Australian brunch culture, hop on to Lottle Collins, if you are a digger for varied menus, the Bakers and Roasters is a superlative choice. The boutiques in and around the neighbourhood house hand-outs and souvenirs you will find difficult to part with.  Furthermore, they carry finely curated assortment in terms of clothing, jewellery, accessories and upmarket aesthetics distinctive to the city. The architecture is a sight to behold with the beautifully conserved illustrations of the city’s innate style enthused by Expressionist sprits. The exemplary use of orbital brickwork, ornamental masonries in addition to expansive windows mark itself on the housing estates.  To renew the verdant sprits in you, Sarphatipark is a perfect setting for picnics. With its serene ambience, it helps you to reconnect with nature and unwind after a demanding day.  The roads trail through a backdrop of gleaming streams, paddocks with celebrated farms and historic country homes. The neighbourhood also has varied luxury accommodations for the guests.

It stands as a singular turn of the city and is flanked by the city centre. It is speckled by fashionable designer boutiques, dotted by tasteful café bars and a number of top-class restaurants.  Positively, you cannot go wrong with this neighbourhood that promises to offer the best of everything. This vivacious neighbourhood proves time and again that it is the embodiment of a whole lot of excitement and zeal for the historic charm of the place. With a dash of modernism, it has transcended into yet another bustling commercial space crammed with concept stores that cater covetable antiques and upmarket boutiques that prides itself of an assortment of Dutch enthused goods.

Once you have worked up an appetite, hop on to the extensive selection of fares available. You can try a hand at the gourmet styled restaurants whose selection of food is bound to satisfy any epicurean zest. In recent times where a large number of people are turning towards vegetarian and vegan-based diets, the Oud-West has an increasing number of restaurants accommodating delicious plant-based fares. If you expect to fill your appetite with the time-honoured salads and tofus, prepared to be astonished.  You would be struck by the all-embracing selection available. If you are one of those who value creativity and inventiveness, be sure to visit boatloads of historic buildings and cultural hotspots.  They are markedly recognized for wedding the history of the city with contemporary arts. The Maker Market is famed for inimitable and distinctive made-in-Amsterdam items. When you stay around the neighbourhood, do not miss the exhibition spaces that are for all time bustling with something remarkable.

Noord stands unswervingly across the water behind Central Station and offers the finest of divergent worlds. Cosmic verdant expanses and delightful modest villages are common sights. That along with some of the city's most forward-looking architectural stretches, electrifying carnivals, artist studios and chic riverside consorts with striking terraces, make this neighbourhood one you shouldn’t miss.  The getting around is a breeze with the complimentary ferries starting from Central Station that takes you there in a matter of five minutes or less. This dynamic fraction of Amsterdam is always bursting of multihued graffiti, vivacious neighbourhoods, breezy cafes, and art galleries.  Plainly put, Noord is the contemporary edging to Amsterdam that a lot of people overlook.

If you are an enthusiast for modern enchantments, you are fortunate. Amsterdam Noord is hailed as the doorway to the expanse’s restful polder backdrops of verdant meadows and serene watercourses. Schellingwoude and Durgerdam are amongst the picturesque villages to be found here. If you are advancing further, UNESCO World Heritage Sites of Beemster and De Schemer is a good pick. The neighbourhood is so full of life with inventive projects. From artistic melting pots and the fashionable bistros with unparalleled views to workshops and design shops that cater vintage bits and pieces, this place has everything to keep you on your toes. There are countless spots that guarantee a delectable dinner in the neighbourhood. One of the most excellent of them is perhaps Moon, a revolving restaurant known for its innovative construction.  Advancing further, we have the Hotel de Goudfazant that is renowned for serving tasteful, elegant eateries whose weighted décor grips the interest of every visitor.

Amsterdam's iniquitous Red Light District is a fête of profanity, with scantily-clad saleable sex workers by bordello windows, brassy bars, foggy 'coffeeshops', strip shows and exhilarating museums. It is definitely not for everyone.
The Red Light District – a labyrinth of medieval antiquities assembling up the inner-city area locally known as De Wallen , stand towards the south-east of Centraal Station. This is on and around the analogous, dazzlingly lit neon canals, Oudezijds Voorburgwal and Oudezijds Achterburgwal. But there is a great deal to the neighbourhood than its red-light trance. It effortlessly becomes a fantastic concurrence of celebrated churches, ancient architecture and nocturnal quests. It is safe to say that it is jam-packed with exciting shops, pubs, along with implausible eateries, leaning gabled houses and the city’s most fascinating canals; De Wallen has a personality at standby.

Bordering the centre, Westerpark is positioned towards the west of the city. A dwelling to the eponymic square, it bands together unrestrained vegetation.  With the affluence of intellectual goings-on at Westergas, this animated neighbourhood is an abode to a wide-ranging blend of self-governing shops, traditional street marketplace, glistening up-to-the-minute restaurants and time-honoured cafés. In short, the energetic neighbourhood is always bustling with activities to indulge in. From distinctive gastronomic experiences to al fresco actions; there are heaps of ways to fall in love with the city by discerning this momentous Amsterdam neighbourhood.

Over recent years, Westerpark has established itself as a cultural and culinary hotspot. It houses iconic restaurants that offer striking dining options that impend over the harbour with its sweeping panoramic views. Moreover, it caters the need and requirements of all tastes and budgets. It remains fairly hushed even at the weekend and has plentiful legroom for picnics that serve a wonderful option to chill out with your loved ones

Old-south is an abode to a number of world’s greatest art museums and is markedly known for its elegance and a well-off neighbourhood. Remarkable mansions streak verdant streets and there are extensive boutiques that are chic and well put together. The stunning locality of Oud-Zuid rewards the sightseers at every spin. It is notable for its finery of Museumplein to the vivacious Vondelpark and the tranquil thoroughfare of Willemspark. This aristocratic neighbourhood with its debatably graceful heart carries the spirit of the city’s prestigious cultural district.

When you are in the neighbourhood, pay a visit to Rijksmuseum, Stedelijk Museum, and Van Gogh Museum which are distinguished for its exhibitions of Western art. The close-by Vondelpark – fashioned in the way of an English countryside patch, is equally enchanting. With its many outdoor performances, the latter has been one of the most fashionable parks and is an absolutes crowd-puller. Oud Zuid is also known for its classical architectural wonders as seen in the constructions in and around. Adding to the desirability of the neighbourhood is its excellent set of eateries which are arguably the best of its kind. The diners can decide from a wide array of every cuisine conceivable 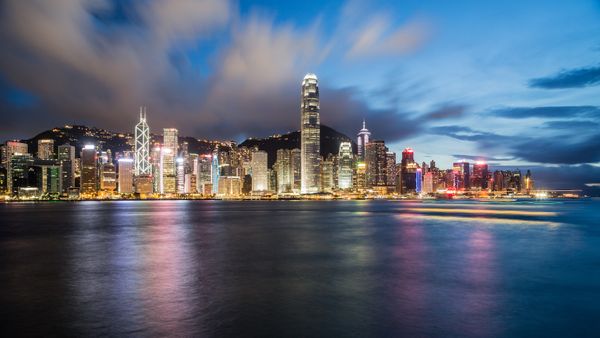 See also: Best Things to Do in Hong Kong For many people, there is rightfully no contemporary city more beauteous and thrilling as Hong Kong. Its horizon is an upended 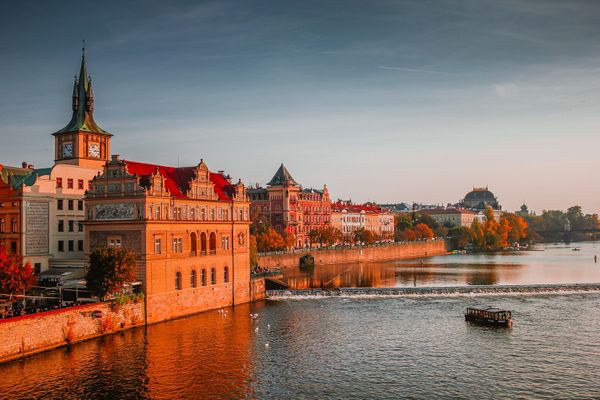 See also: Best Things to Do in Prague Being a charming European city with cobblestone-lined streets and buildings of medieval age along with structures that are an example of modern-day