See also: Where to Stay in Riyadh

An amalgamation of the past and the present- Riyadh has majestic castles in the sand along with tall skyscrapers. Riyadh might be a conservative place that does not sound too fun to some, but if you are someone who wishes to see giant forts and castles involved with rich history and culture- Riyadh just might be the place for you to check out.

The downtown is the hub of all tourist attractions and has most of the spots lined. Riyadh is trying to get rid of its conservative reputation by changing a lot of things, especially for its tourists. They have started an online visa application process that will make traveling to this part quite accessible Let us have a look at the top 15 things to do in Riyadh now:

You can check out any list or any travel site and the first thing about Riyadh will have something to do with Al Masmak Fort. Al Masmak might be the biggest tourist attraction in Riyadh and draws all the history buffs here.
Situated in the prime location of downtown Riyadh- Al Masmak Fort is entirely made up of brick, mud, and clay. It once played a major role and still does so. In 1902, Riyad got recaptured and Al Masmak happened to the place where it occurred.

The architecture is something that will make you want to explore.
The castle is now a huge museum dedicated to the old kingdom of Riyadh. The word ‘Masmak’ in English means strong. People used to think that kingdom of Riyadh will end if this fort collapses. There is no entry fee to this museum and contains all the facts about the history of the once immensely cultural kingdom of Riyadh.

Deerah Souq is locally more famous as Al-Thumairi Souq. Situated on the famous street of Thumairi Street, it can be checked out after you pay a visit to the Al Masmak Fort. Al-Thumairi Souq can be called a shopper’s paradise in the heart of Riyadh. Filled with gold and pricey artifacts- Al-Thumairi Souq is quite an expensive place to shop at.

But, there are a huge number of shops all having something of their own to display. The shops are filled with gold, platinum, silver, bronze jewelry with clothes, handicrafts, and different gifts. But, one thing you must keep in mind is that you have to bargain as much as you can here. You can find a lot of shops that sell antique pieces here and this market is like reversing time and going back to old Riyadh.

Check out the Murabba Palace

King Abdul Aziz Historical Center or in short the Murabba Place is one thing that you must not miss out on in Riyadh if you want to know about the ancient royal history. The center has been built recently, but it surrounds the Murabba Palace which is the real deal. The King Abdul Aziz Historical Center is built in the same complex as that of Deerah Souq or Al Masmak Fort, so you can cover all these in the same day.

When you visit the Murabba Palace, you need to pay attention as it still contains structures and architecture that dates back a thousand years. What was once a courtyard is now just an abandoned place along with some vintage car collection and a water tower. There also used to be a mosque here within the Murabba Palace, but that did not last for which they have made a new one just like the old version.

Glimpse at the old city from above

Want to see how much the old city shines from above? You can get the most beautiful view of Riyadh from high above in the sky. But, if you want a better experience, we can only recommend you to go choose the night for this view.
But, from where can you get this beautiful glimpse? Kingdom Tower that also happens to be one of the tallest skyscrapers in all of Riyadh houses this majestic view of the city. It has a sky bridge of 52 meters from where you get some of the splendid views of Riyadh. The Four Season Hotel which is one of the most luxurious hotels in Riyadh is close by.

Diriyah is not located inside the city, you have to travel a bit outside of Riyadh to get to this point. But, the journey is worth it once you see the history behind it. Diriyah is not just any tourist spot, but it was extremely important for Riyadh. This is the place where once all the royal blood of Saudi Arabia resided. Not only did it served as a residence of the royal family, but it was also the capital of Saudi Arabia once upon a time. It has now been declared as a UNESCO World Heritage Site by the authorities. Diriyah is also an immensely large city of the Arabian Peninsula. The city got destroyed when the war prevailed between the Saudi armies and the Ottoman.

Go biking in the desert

Looking for some adventure in the desert? Some might think that this is a historical city that has nothing thrilling to do other than some excavating. But, here is where you guys are wrong. If you want to involve yourself with some adventure on a boring weekend, just head out to go biking in the dunes! Red Sand Dunes is the perfect location for some biking. Go, rent that ATV, and set out on an adventure amid the desert. Tuwaiq Escarpment provided some great views in the background. But, make sure you go when the heat is still tolerable as the place is known for getting way too warm. There are also a lot of picnic spots that you can use.

Embark on a road trip around Riyadh

With petrol that is found in plenty in the idle-east, Riyadh is a place that has one of the cheapest prices of petrol. So, why not make some good use of it? While in Riyadh, the best way to enjoy the entire city in one trip is taking road trips.
Also, taking road trips will help in discovering some hidden gems. The sunsets and sunrises are some of the best scenes in Riyadh. While on a road trip, do try to catch a sunset in the desert!

Check out the National Museum

The National Museum is one of the latest collections in the city. You might comment that this is a part of modern Riyadh.  Located near the downtown beside the Al Masmak palace, it is an integrated part of the King Abdul Aziz Historical Center. But, the building of the museum is quite a new one.

Filled with stuff that defines the various culture and history of Saudi Arabia, the museum is quite an attractive place. History geeks can spend an entire day here looking at the various displays and documents. You can get your hands on several old items that were once associated with the kings and queens of the Arabs. The entry fee is a mere SAR 10

Are you a foodie trying to find your place in Riyadh? You have absolutely nothing to worry for Riyadh is a place for the hungry folks. Having some of the best dishes from all over the Middle East, Lebanese, Asian, Indian, Pakistani- Riyadh indeed has some of the best food scenes. But, there are some dishes that you must try if you want to satisfy your cravings. The national food of Riyadh has to Kabsa. Having meat, veggies, and rice- Kabsa has all the goodness in it. Shawarma of Riyadh is quite delicious. Broasted chicken is something that suits the taste of everyone. Served with garlic bread and hummus, it is a must-try dish.

Have you ever wondered how the largest farm in the world looks like? Wait no more for Riyadh has the largest integrated farm in the world on its plate just for you! Bt, how would you feel if you heard that this farm has been even listed in the Guinness Book? Yes, Al Safi Dairy Farm holds a record in the entire world for housing 50,000 Holstein cows. P.S: It has even more cows now! There are a lot of tour operators who will take you to the Al Safi Dairy Farm. But, the best thing about this farm is that they are insanely clean! Any car or tour bus on first entering the farm undergoes a complete sanitization. Also, they give you a chance to feed the baby cows!

Acacia Valley is a part of the Tuwaiq Escarpment and is one of the most scenic places you must check out in Riyadh. It might be a little outside Riyadh, but this journey of 90 kilometers is worth the drive for the rock formation is magnificent.
Adventure lovers try to trek here at this beautiful rock formation. The place has such vibes that will make you feel that you are standing right on the edge of the glove. However, when you look down, you might get to see some of the best views of your life. There is a legend that says Acacia Valley was not a part of the mainland. It was immersed deep inside the ocean and just resurfaced several thousand years back.

Another part of modern Riyadh, Al Faisaliah Tower is one of the most luxurious towers of Riyadh. It is quite a pointy tower, but its structure is what makes people notice it. There is a huge golden ball at the top of this tower. This is dedicated to the similar Arab design which once meant dominance of the Arab kingdom.
It has 44 floors and is quite similar to the Kingdom Tower. It has several lookout points like that of the Kingdom Tower. You can get a good glimpse of the city from above. There also happens to be a mall at the base of this tower.

Hike at the Wadi Hanifah

The Wadi Hanifah is quite an enjoyable day tour from Riyadh. It is a part of the huge desert but has a lot of hiking trails where you can try out your hand at hiking in Riyadh. Several streams are flowing nearby where you can dip your feet or just enjoy the scene. However, if you want to enjoy a picnic or a BBQ- there are some family spots too. There are also date trees and a lot of desert plants surrounding this desert oasis.

Pay a visit to the Al Bujairi Heritage Park

Located in the city center- Riyadh is responsible for maintaining business and commerce with some of the biggest cities in the world. For this reason, it is looking forward to improving its tourism industry. With all the latest developments in the tourism field, it wants to welcome foreigners to come and have a look at the beauties that Riyadh has to offer. These were the 15 top things to do in Riyadh. Enjoy your stay in this historic gem of a city! 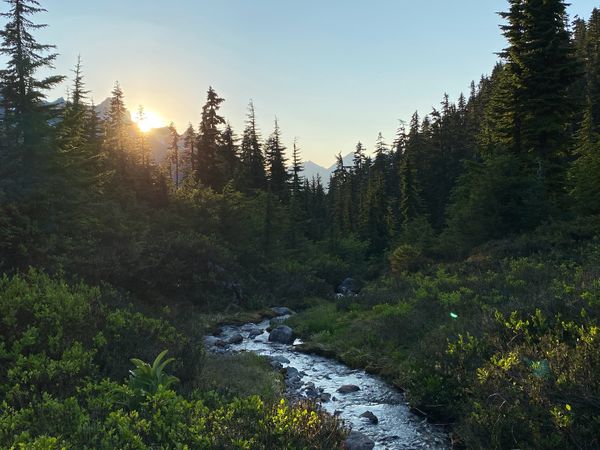 The city of excitement- Bellingham is a hidden gem of Washington State. Located quite close to the Canadian province of British Columbia- Bellingham has a lot to offer to its 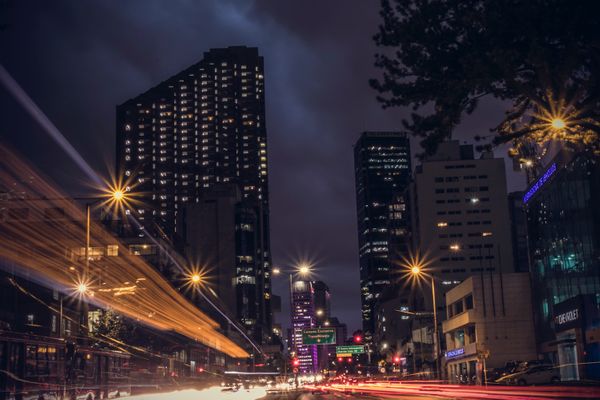 See also: Where to Stay in Bogota The capital city of Columbia- Bogota has some hip things for the tourists who choose to take this vacation. Many seem to think